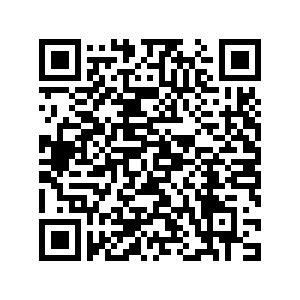 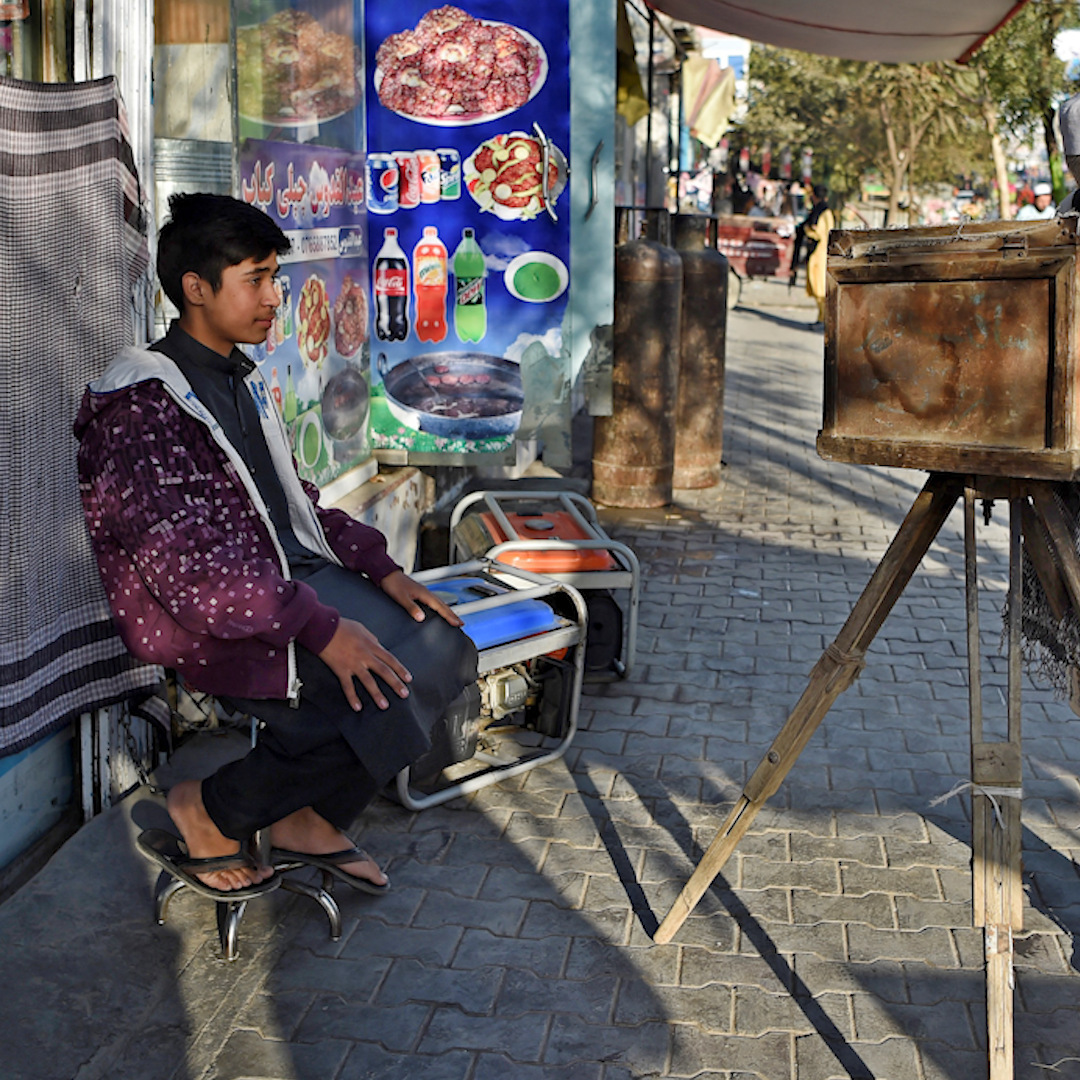 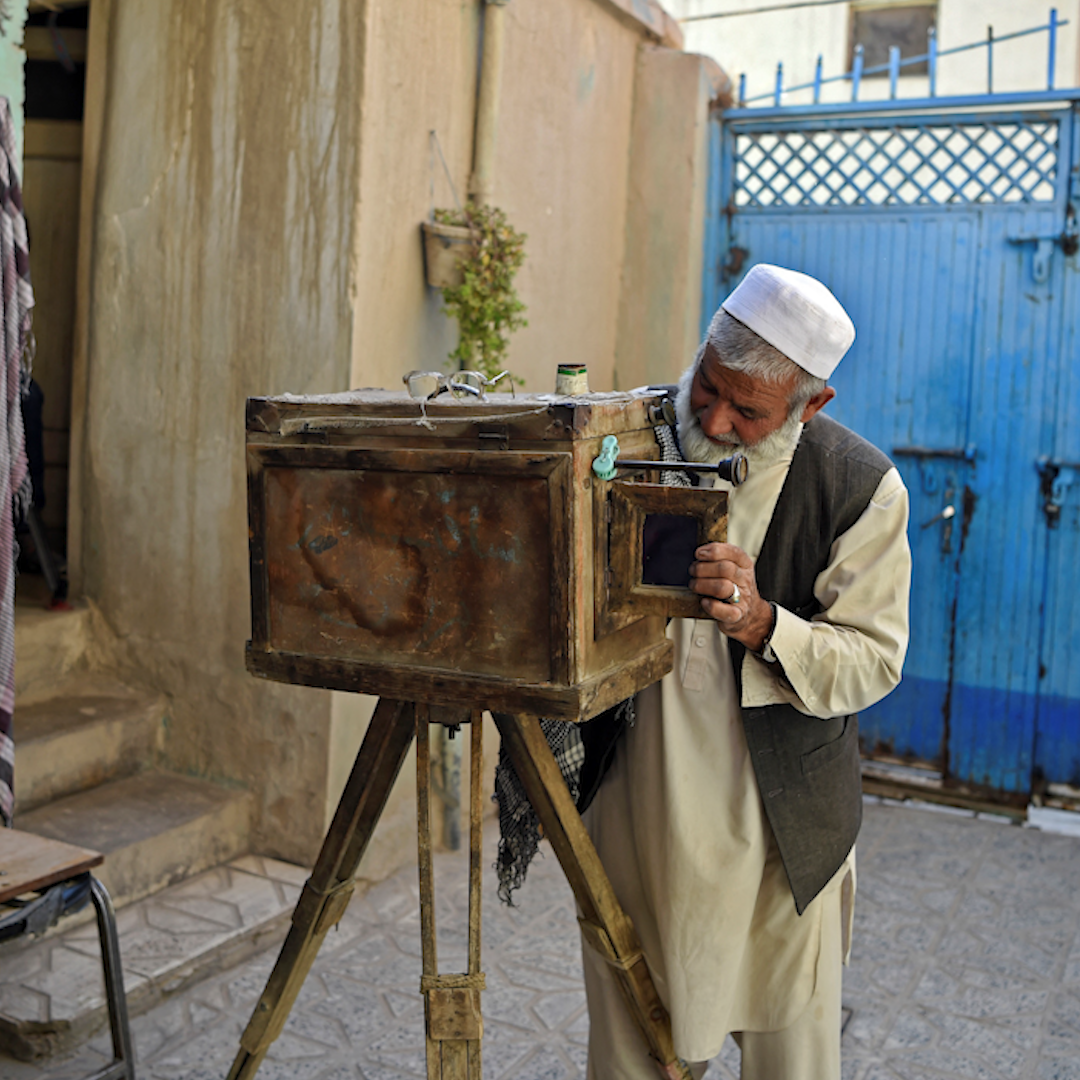 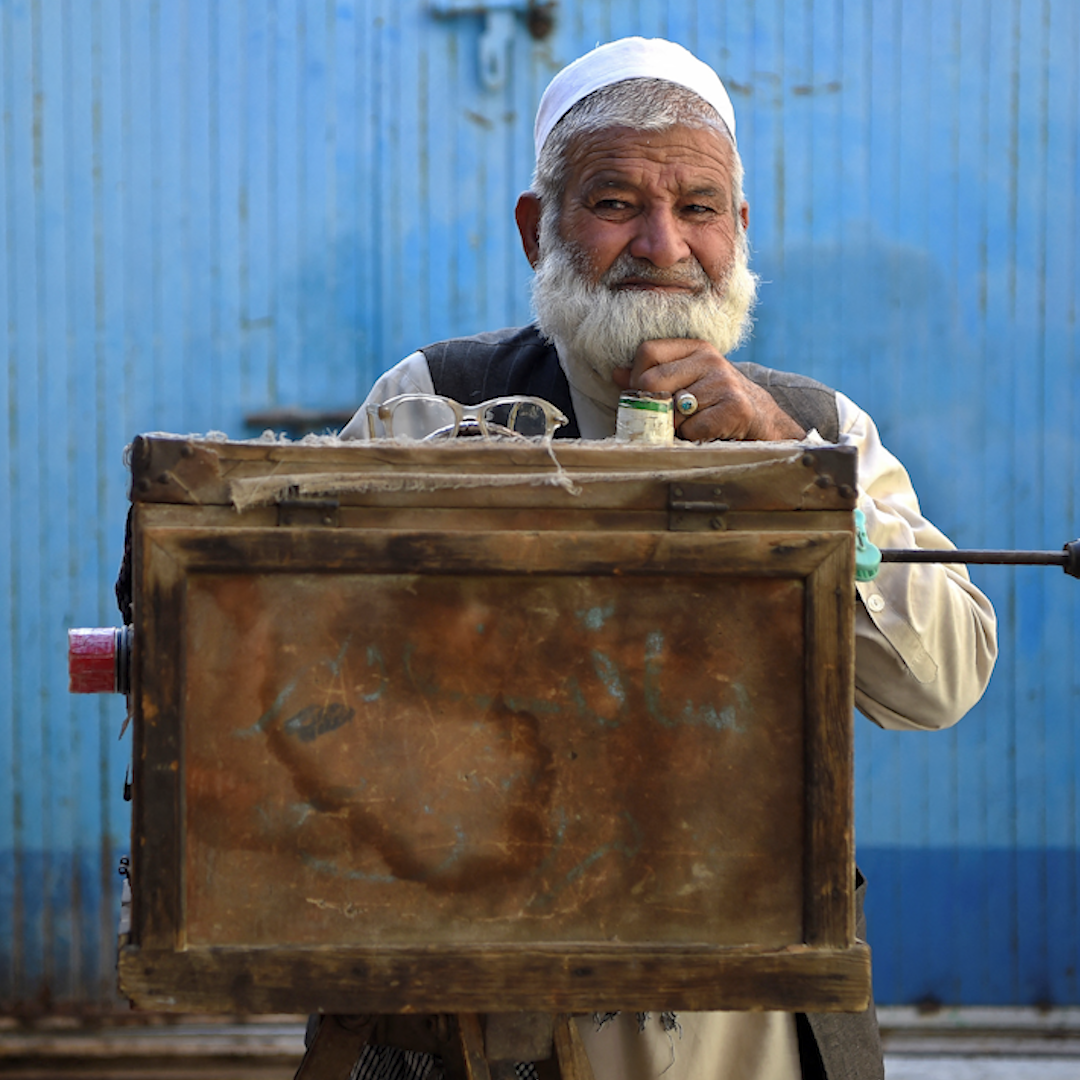 Haji Mirzaman and his camera have lived through wars, invasions and a Taliban ban on photography. It's been decades since Mirzaman picked up the art as a teenager, and now he says the instant camera could disappear because of digital technology.

Mirzaman started by taking photos for passports, identity cards and other documents using the homemade wooden box. He is now in his 70s and the family's last instant camera is now on display outside their studio.

The box works as a camera and darkroom, producing a final, printed photo in minutes.