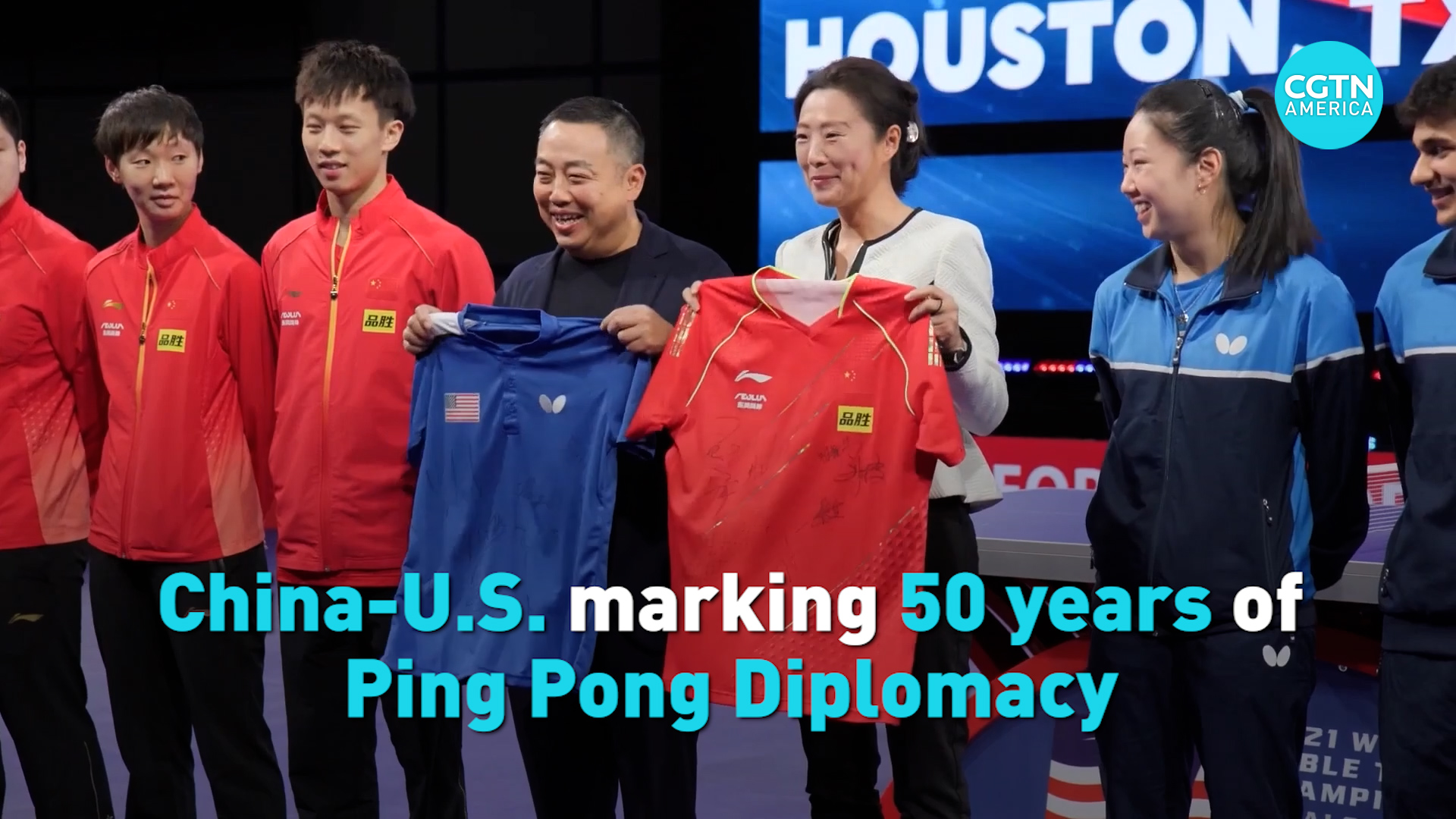 A historic day in Houston, Texas.

At the Table Tennis World Championships, China and U.S. mixed it up a bit in mixed doubles.

In a prequel to the big matches, two pairs of players formed of both Chinese and American athletes squared off in what is being called a “landmark event…”

As CGTN’s Sean Callebs reports – it comes as both nations recognize a half-century since the watershed moment of Ping Pong Diplomacy.