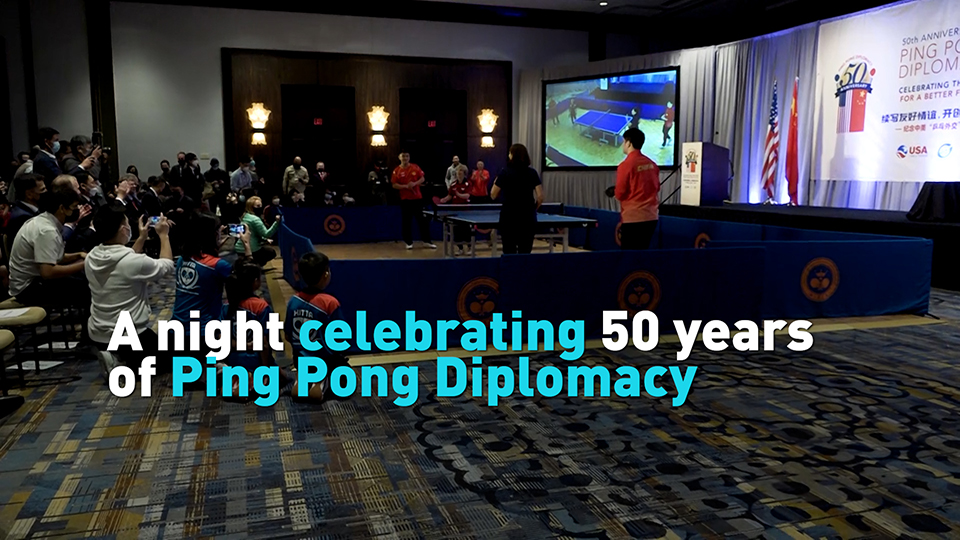 The World Table Tennis Championships officially got underway on Tuesday. After the players hung up the paddles for the night - there was a gala commemorating the 50th anniversary of Ping Pong Diplomacy; when a young group of American and Chinese table tennis players formed a friendship at the 1971 World Table Tennis Championship, heralding a thaw in relations between the two countries.