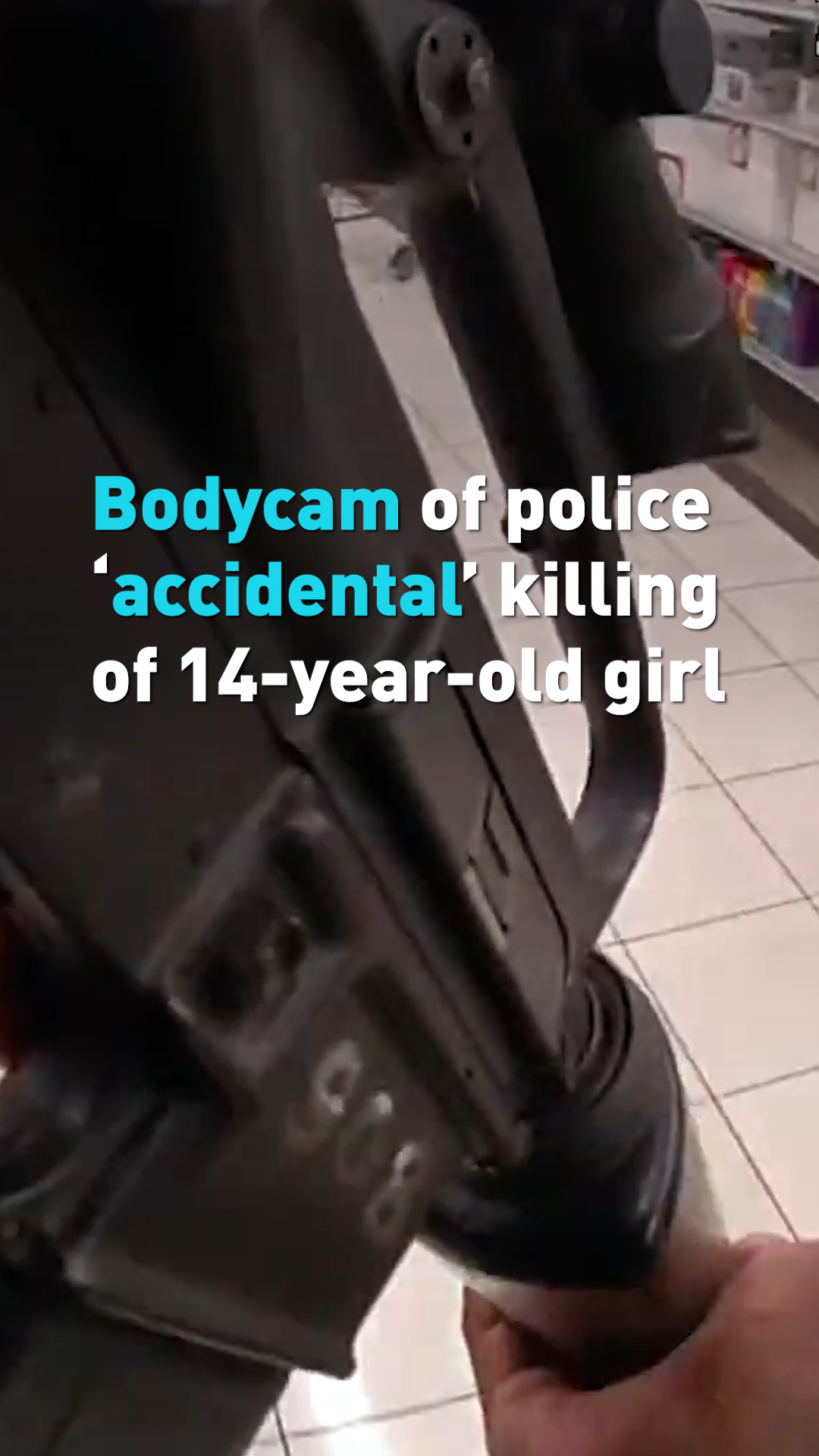 Police say they accidentally shot and killed a 14-year-old Valentina Orellana-Peralta who was hiding in a changing room with her mother when an officer fired on a suspect nearby, killing him.

The shot which struck the girl is believed to have gone through the changing room wall, which officers say they were not aware of.

The killing has caused outrage, with many calling the police actions ‘reckless’.

The Los Angeles Police Department has released CCTV and police-worn body camera footage of the incident in which other officers can be heard saying ‘slow down’, presumably to the lead officer who authorities say fired the fatal shots.

An investigation is ongoing and no charges have been brought upon the officer.