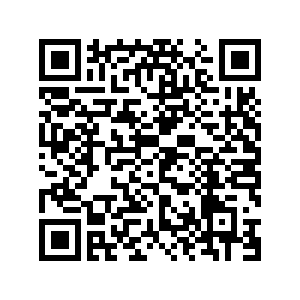 Some were optimistic about the future of Chinese and American relations at the beginning of 2021, as the U.S. welcomed Joe Biden as the new president.

But the year was much rougher than expected with some progress and new tensions between the two world powers.

CGTN looks back at some most important events during the China-U.S. relationship in 2021. 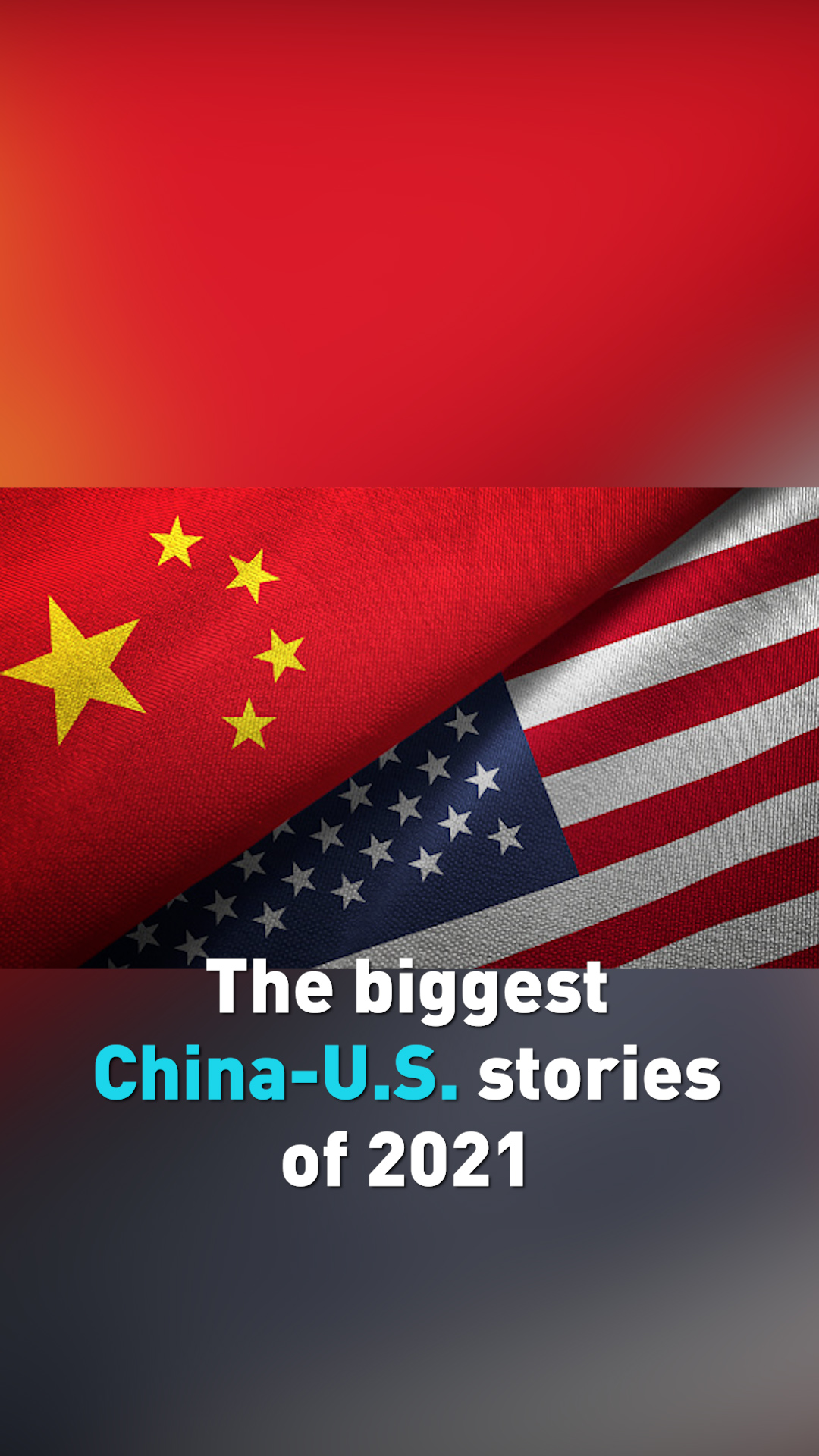 Chinese President Xi Jinping held his first phone call with the new U.S. President in early February, congratulating Joe Biden on his inauguration and wishing for the Chinese and American people to have a happy and auspicious Year of the Ox.

President Xi also called for cooperation between the two world powers, instead of exacerbating confrontation

China-U.S. Summit in Alaska in March

In March, the Biden administration held its first high-level meeting with Chinese officials in Anchorage, Alaska.

While the discussions between the diplomats were tense, Chinese officials called the talks “useful,” and said that both sides would agree to maintain communications and dialogue. 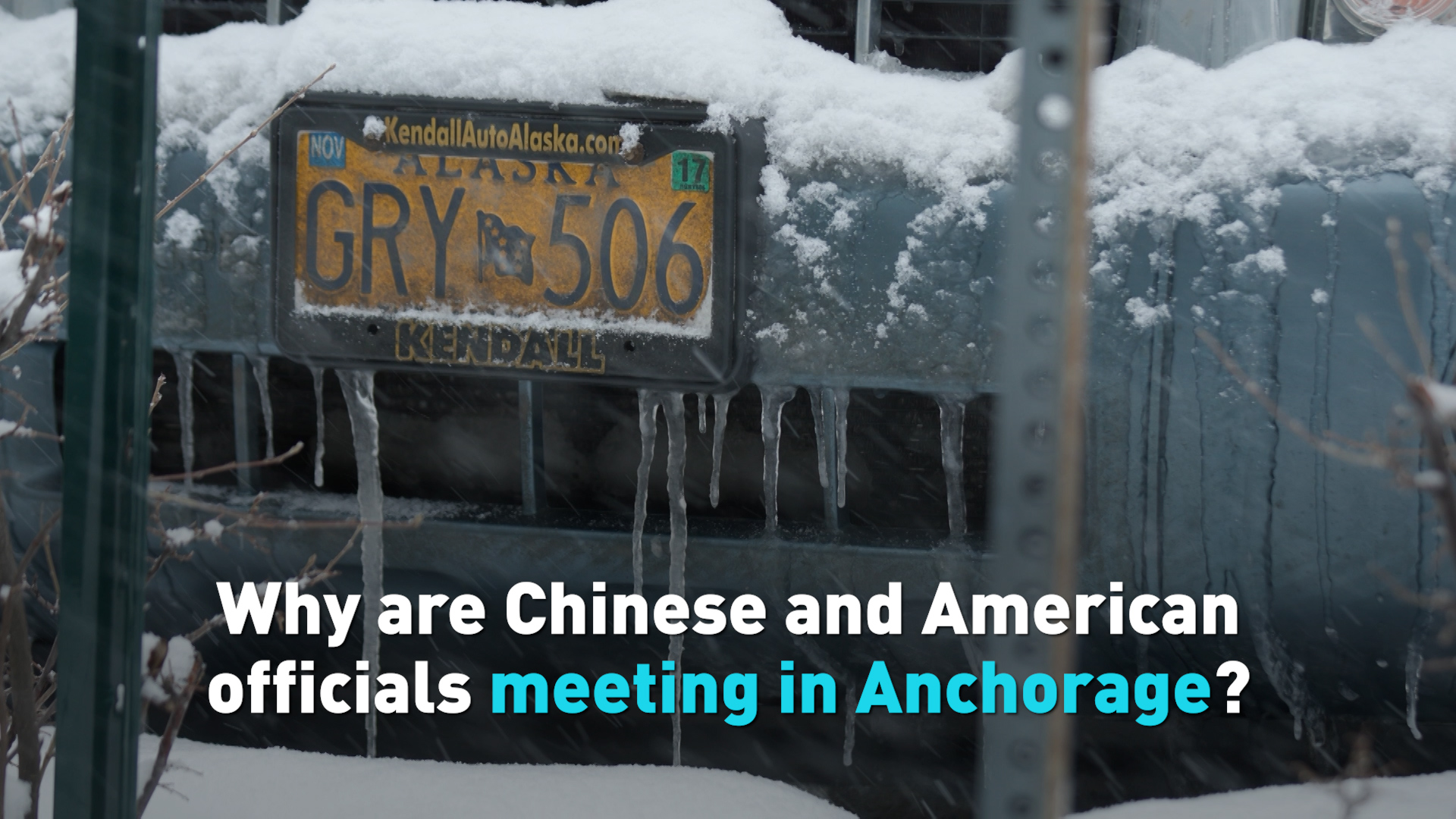 Qin Gang named the new Chinese Ambassador to the U.S.

Qin Gang became the 11th Chinese Ambassador to the U.S. in July, taking over the role from his predecessor Cui Tiankai who announced his retirement in June.

During his press conference, Qin Gang stressed that “the door of China-U.S. relations, which is already open, cannot and should not be closed.” 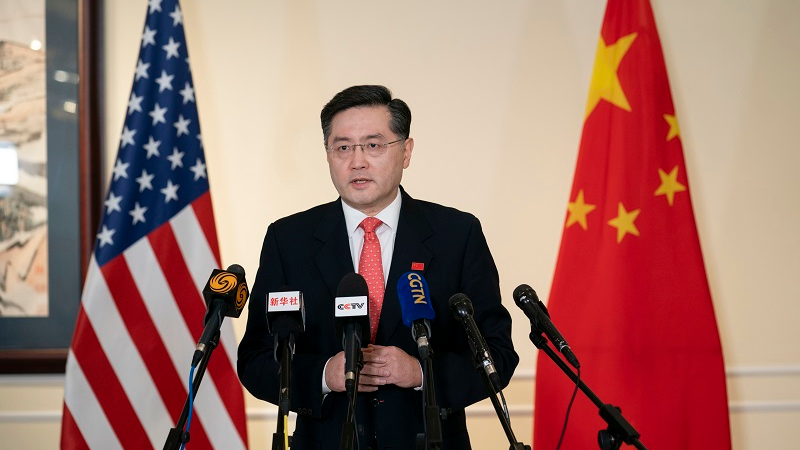 Following a nearly three-year legal battle, Meng Wanzhou, CFO for Chinese technology firm Huawei, and daughter of the company’s founder, returned to China in September after being under house arrest in Vancouver, Canada.

Meng was detained in December 2018 in Vancouver after a warrant was issued by the U.S. on several charges linked to alleged violations of U.S. sanctions against Iran, causing more tensions between the U.S., Canada, and China.

In late September, the U.S. reached a deal with Meng Wanzhou, where she pleaded not guilty but agreed that she made false statements regarding a fraud case. 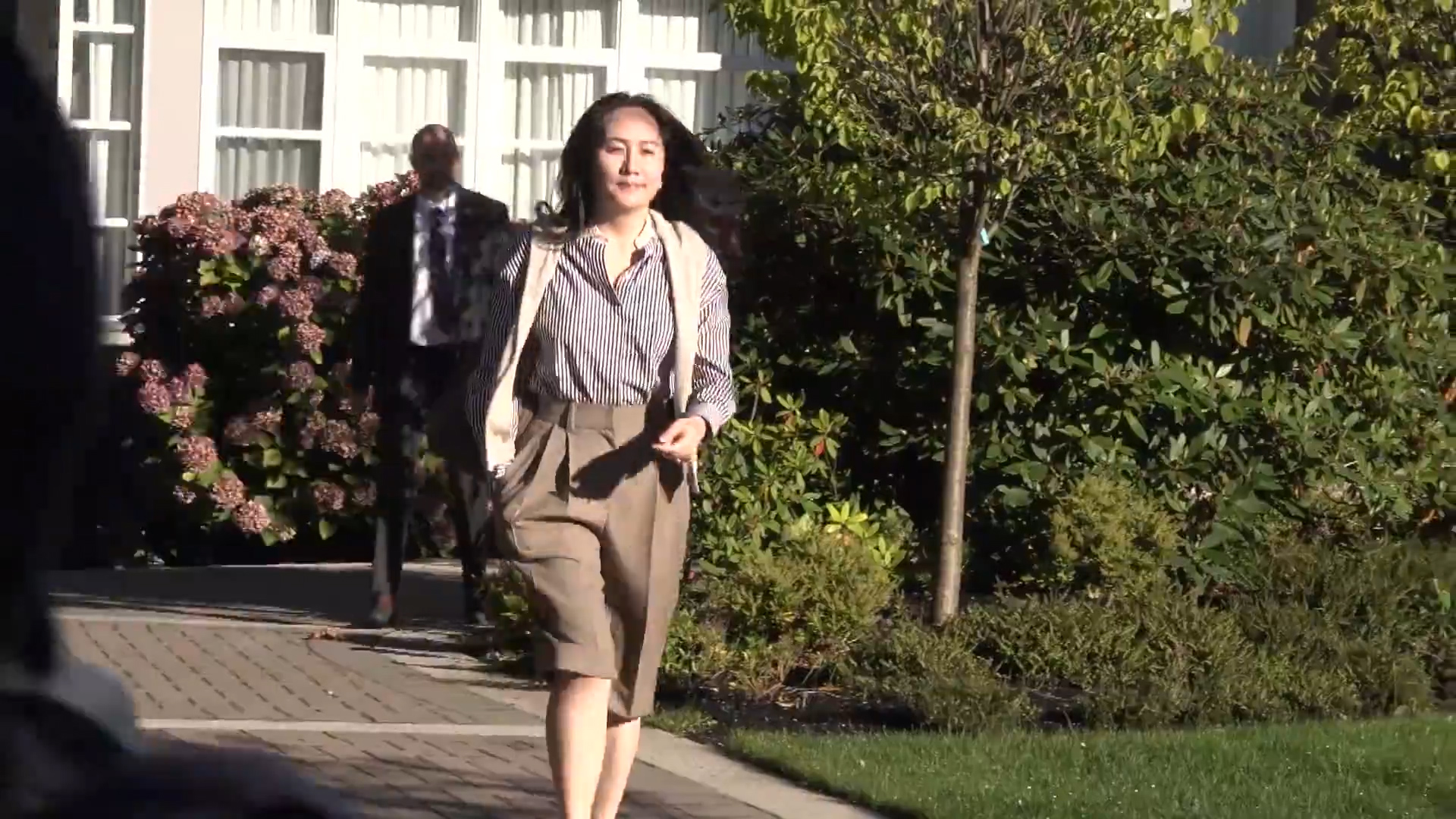 For the first time in its history, the World Table Tennis Championships was held in the U.S., with some of the best ping-pong players converging on Houston, Texas for the tournament.

The year also marked the 50th anniversary of Ping Pong Diplomacy between China and the U.S., one of the earliest cultural exchanges between the two countries.

Learn more about both from our coverage of the World Table Tennis Championship.

China slams Blinken over remarks on Taiwan in December

China’s Foreign Ministry criticized U.S. Secretary of State Antony Blinken over his statements on the Taiwan region, with spokesperson Zhao Lijian reiterating that the Taiwan question is an internal affair for China.

He added that Blinken’s statements were a blatant challenge to the one-China principle, violating the provisions of the three-China-U.S. joint communiques.

In an interview with Reuters, Blinken claimed that America is “committed to making sure Taiwan has the means to defend itself.”

In what was called “candid and in-depth discussions,” Chinese President Xi Jinping held a virtual summit with his U.S. counterpart, President Joe Biden in November.

President Xi stressed the importance of a steady China-U.S. relationship, one that includes working on effective responses to global challenges like the climate crisis and the current COVID-19 pandemic. 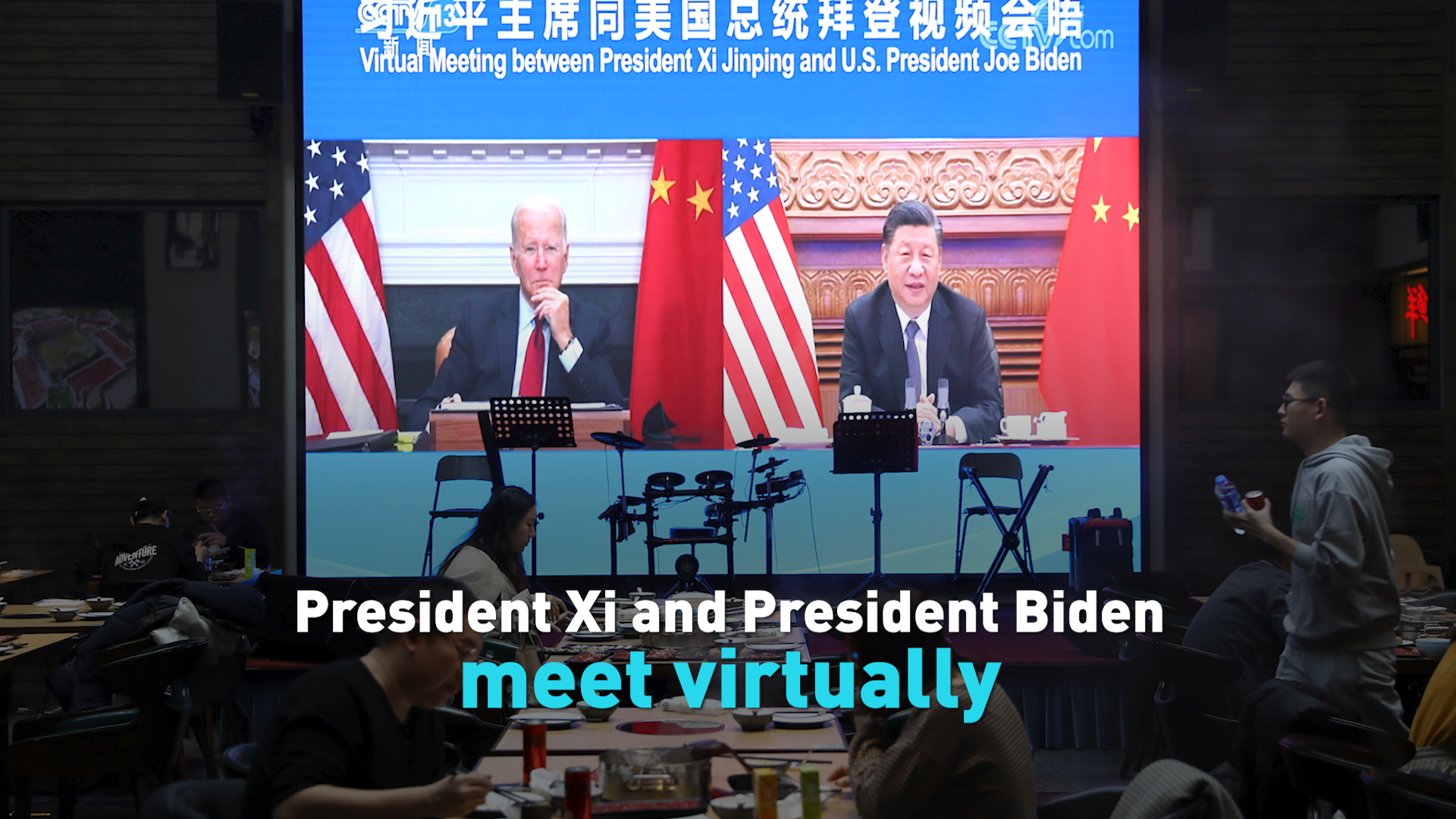 China and U.S. agree on improving climate cooperation at COP26

During the last days of the COP26 Summit in Glasgow, Scotland, China and the U.S. announced an agreement for both countries to work together to boost climate cooperation over the next decade.

The two countries will establish a working group to promote cooperation on the climate crisis and the multilateral process.

China blasts U.S., others for “diplomatic boycott” ahead of 2022 Beijing Winter Olympics

With only two months ahead of the opening of the Olympics, the White House announced that it would be implementing a “diplomatic boycott” of the Beijing 2022 Winter Olympics.

Chinese Foreign Ministry spokesperson Zhao Lijian said the Winter Olympics is not a stage for politics and manipulation.

Beijing had dismissed the boycotts, saying that officials weren’t invited to the event in the first place.