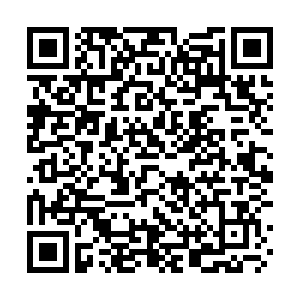 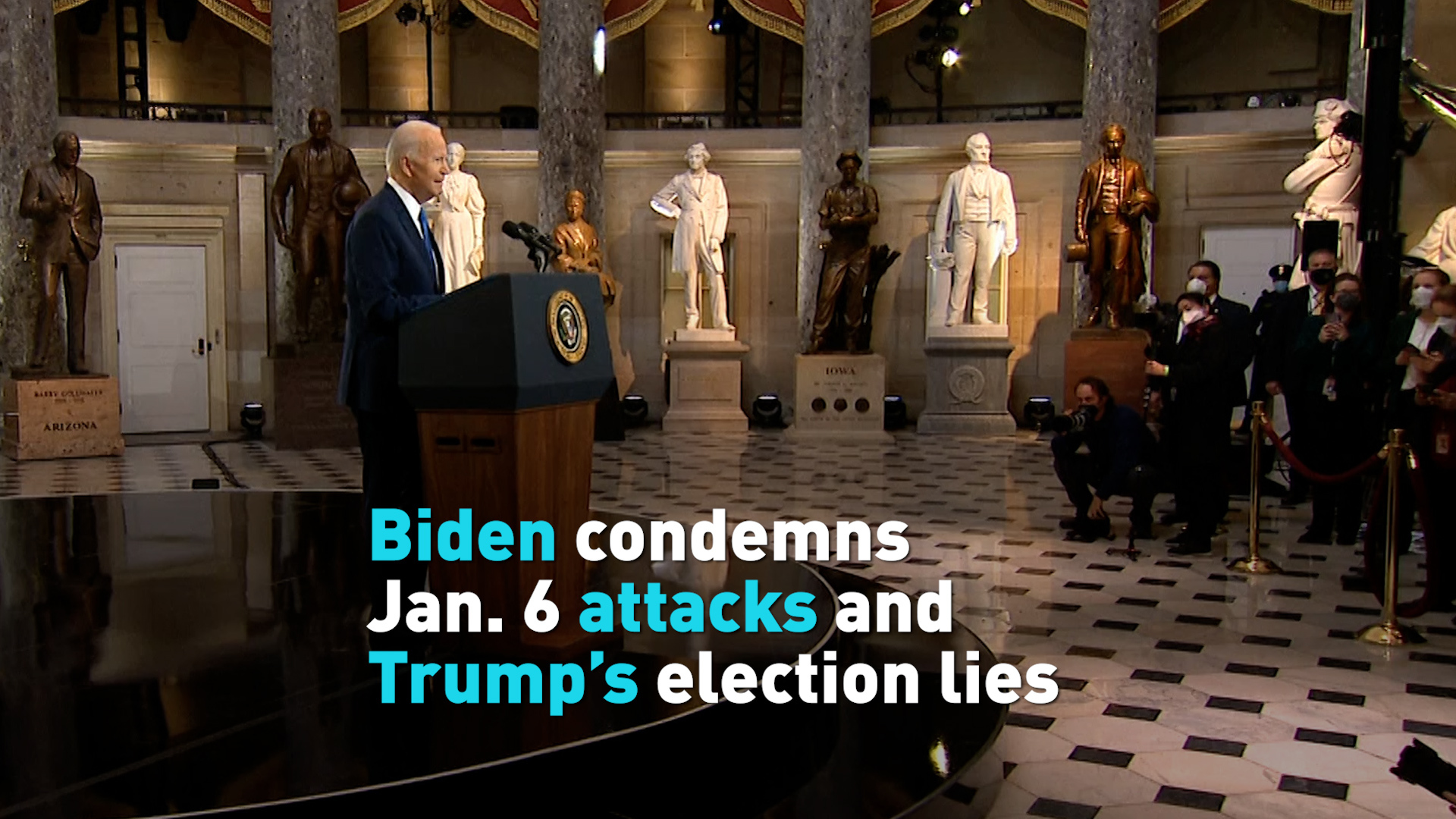 U.S. President Joe Biden marked the one-year anniversary of the violent attacks on the Capitol building with a speech urging Americans to face up to the truth of what happened. Biden condemned the insurrectionists and their intent to overturn the 2020 election and harm or kill members of Congress in the process.

Biden urged the listener to remember what they saw on the day of the attacks: "A mob breaking windows, kicking in doors, breaching the Capitol, American flags on poles being used as weapons as spears. Fire extinguishers being thrown at the heads of police officers, a crowd that  professes their love for law enforcement assaulted those police officers, dragged them, sprayed them, stomped on them."

Biden was unequivocal in blaming former president Donald Trump for the assault.

"We must be absolutely clear about what is true and what is a lie. And here's the truth. The former president of the United States of America has created and spread a web of lies about the 2020 election. He's done so because he values power over principle," Biden said.

"Because he sees his own interest is more important than his country's interest and America's interest. And because his bruised ego matters more to him than our democracy or our Constitution. He can't accept, he lost. Even though that's what 93 United States senators, his own attorney general, his own vice president, governors and state officials in every battleground state have all said: he lost."

Biden also warned of ongoing attempts by Trump and his supporters to rewrite history.

"The third big lie being told by a former president and his supporters is that the mob who sought to impose their will through violence are the nation's true patriots. Is that what you thought when you looked at the mob ransacking the Capitol? Destroying property, literally defecating in the hallways. Rifling through the desks of senators and representatives. Hunting down members of Congress. Patriots? Not in my view," the president said. 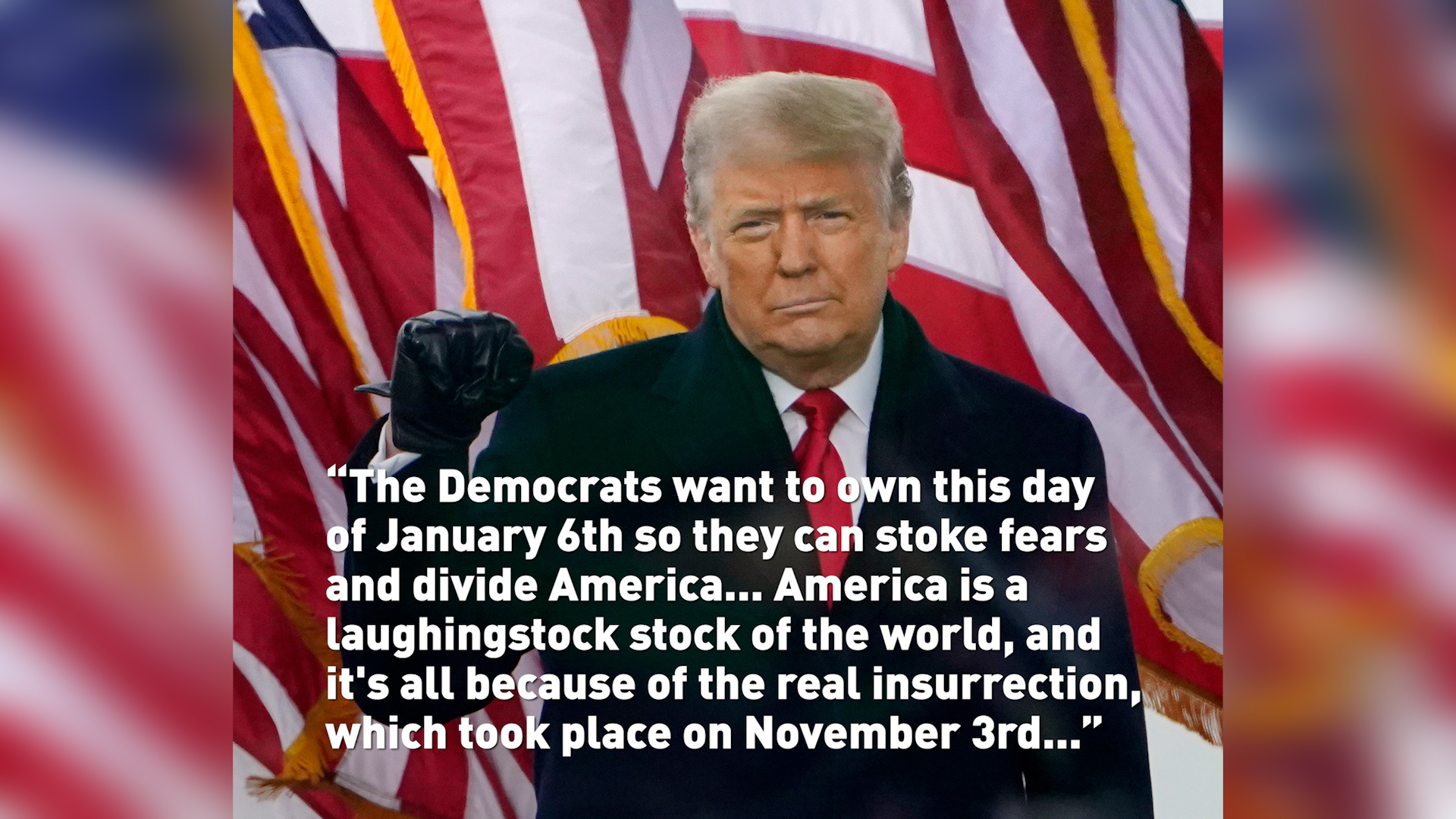 Trump continued depicting the rioters as true patriots in written statements he released after canceling a planned press conference at his property in Mar-a-Lago. Trump also repeated lies about the 2020 presidential election calling the congressional committee investigating the assault "partisan hacks" and accusing Democrats of distorting the events of January 6 with "lies and polarization".

For Biden, the day was a reminder of the danger facing U.S. democracy, and he vowed to defend the country and preserve Americans' rights to vote.

"This is not a land of kings or dictators or autocrats. We're a nation of laws, of order not chaos, of peace not violence. Here in America, the people rule through the ballot. And their will prevails," Biden said. 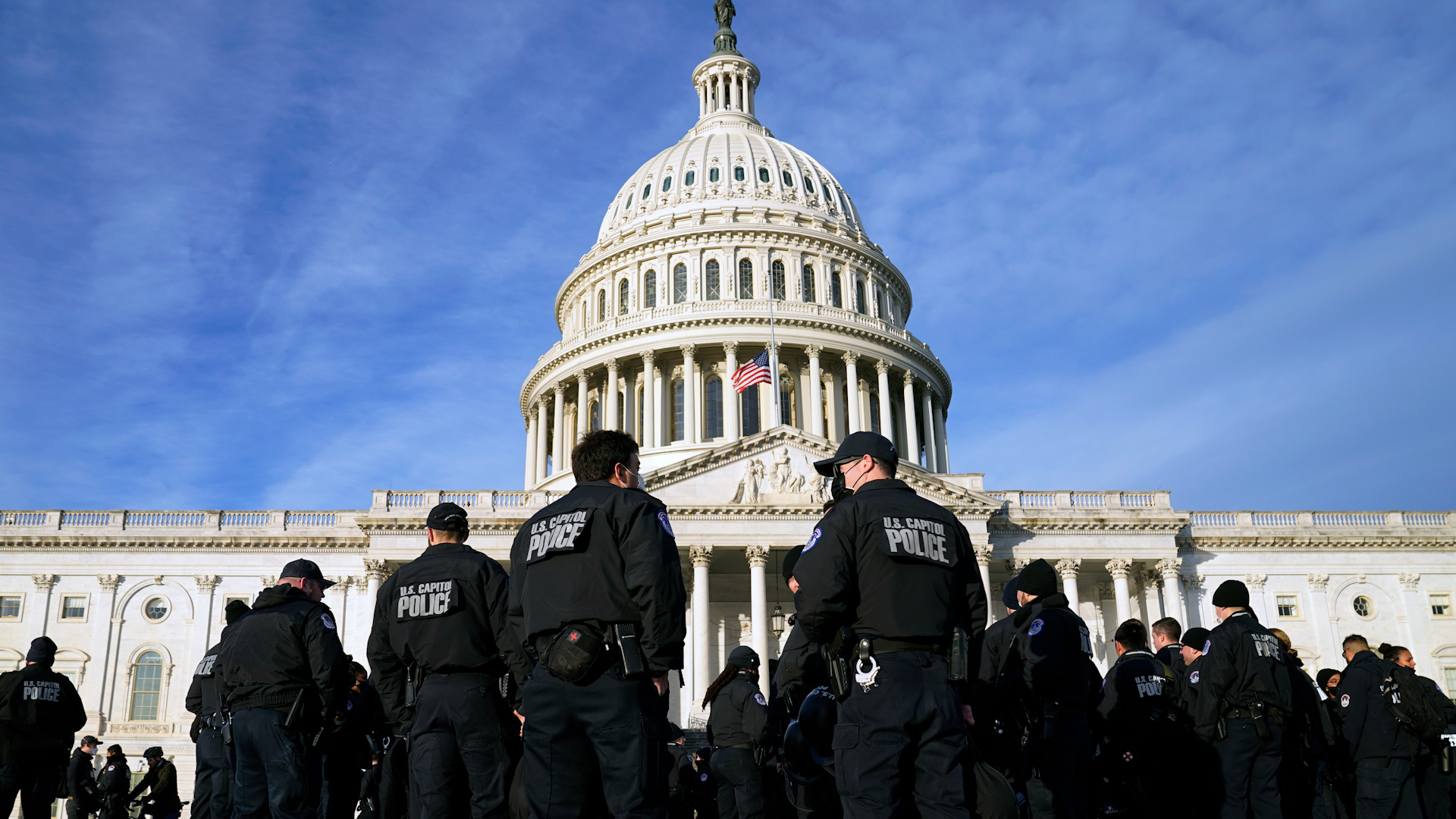 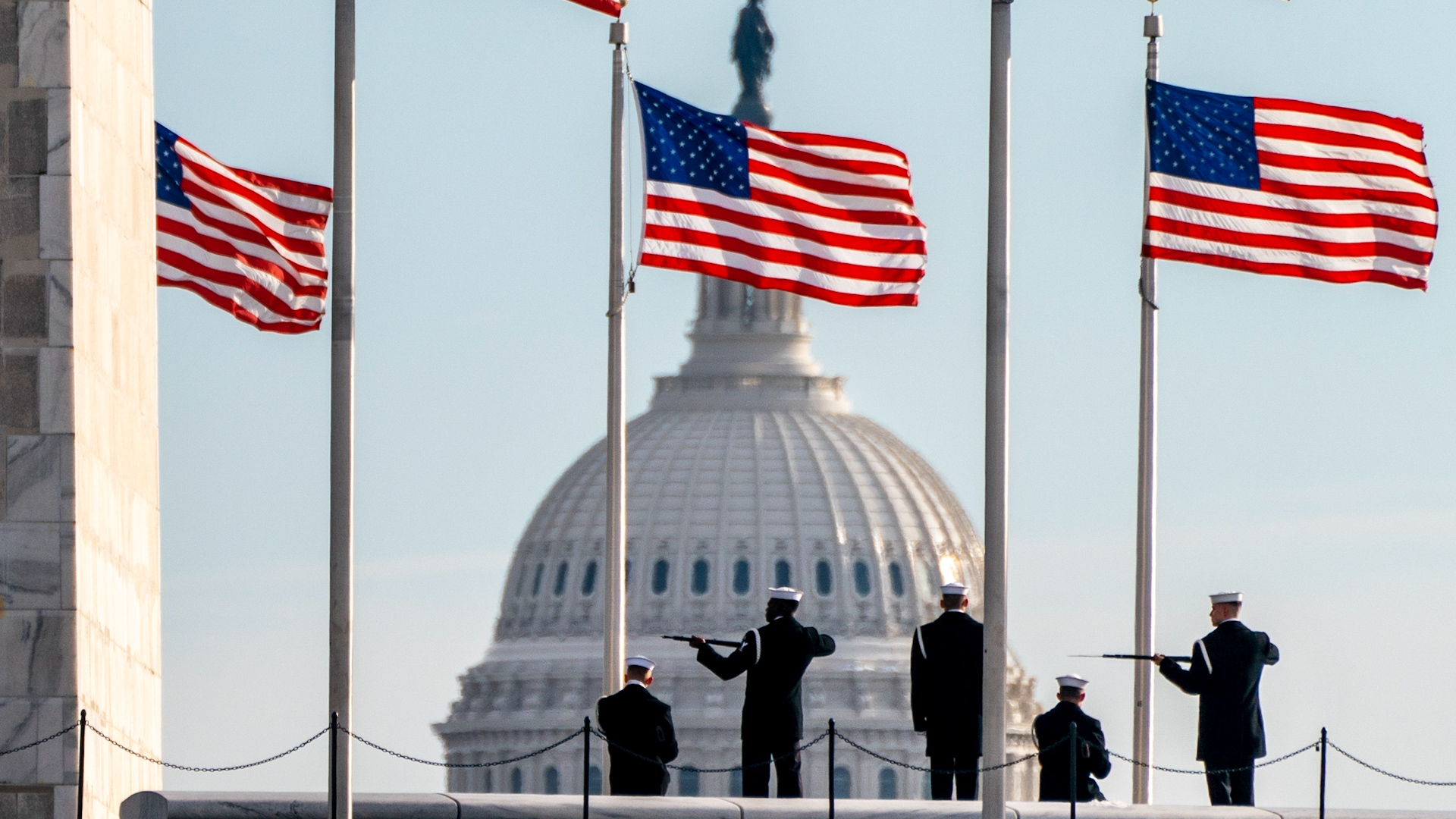 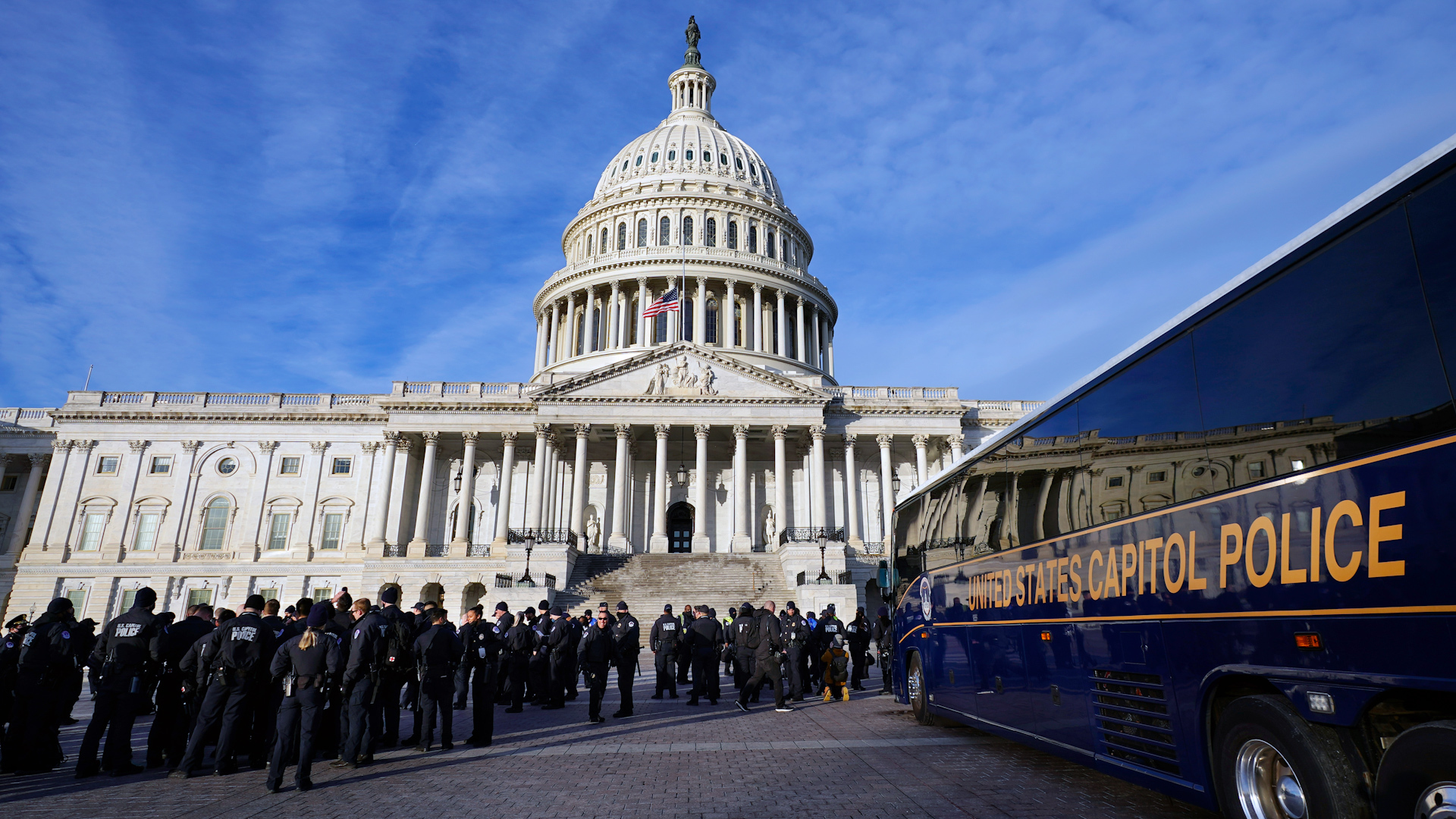 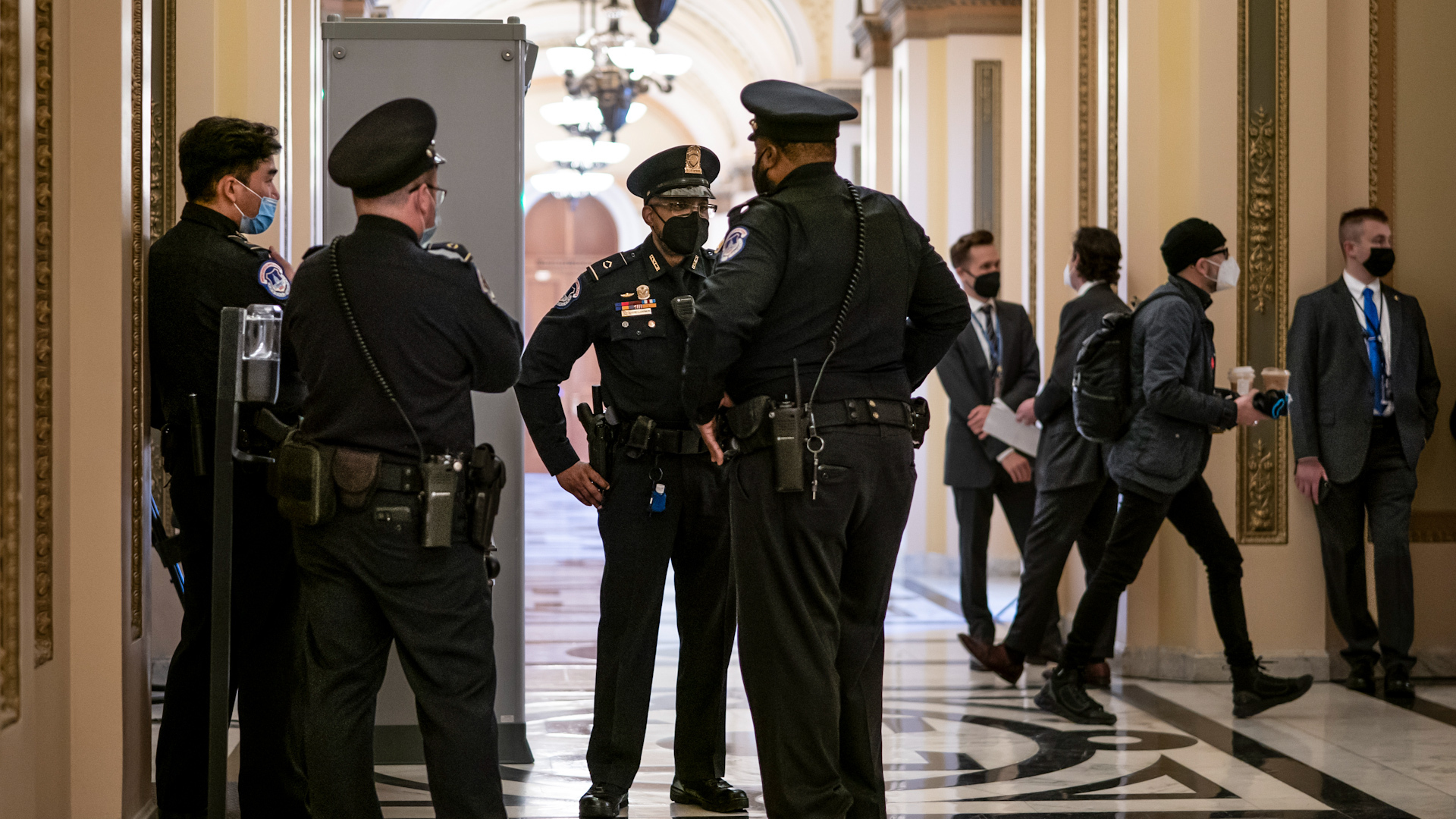 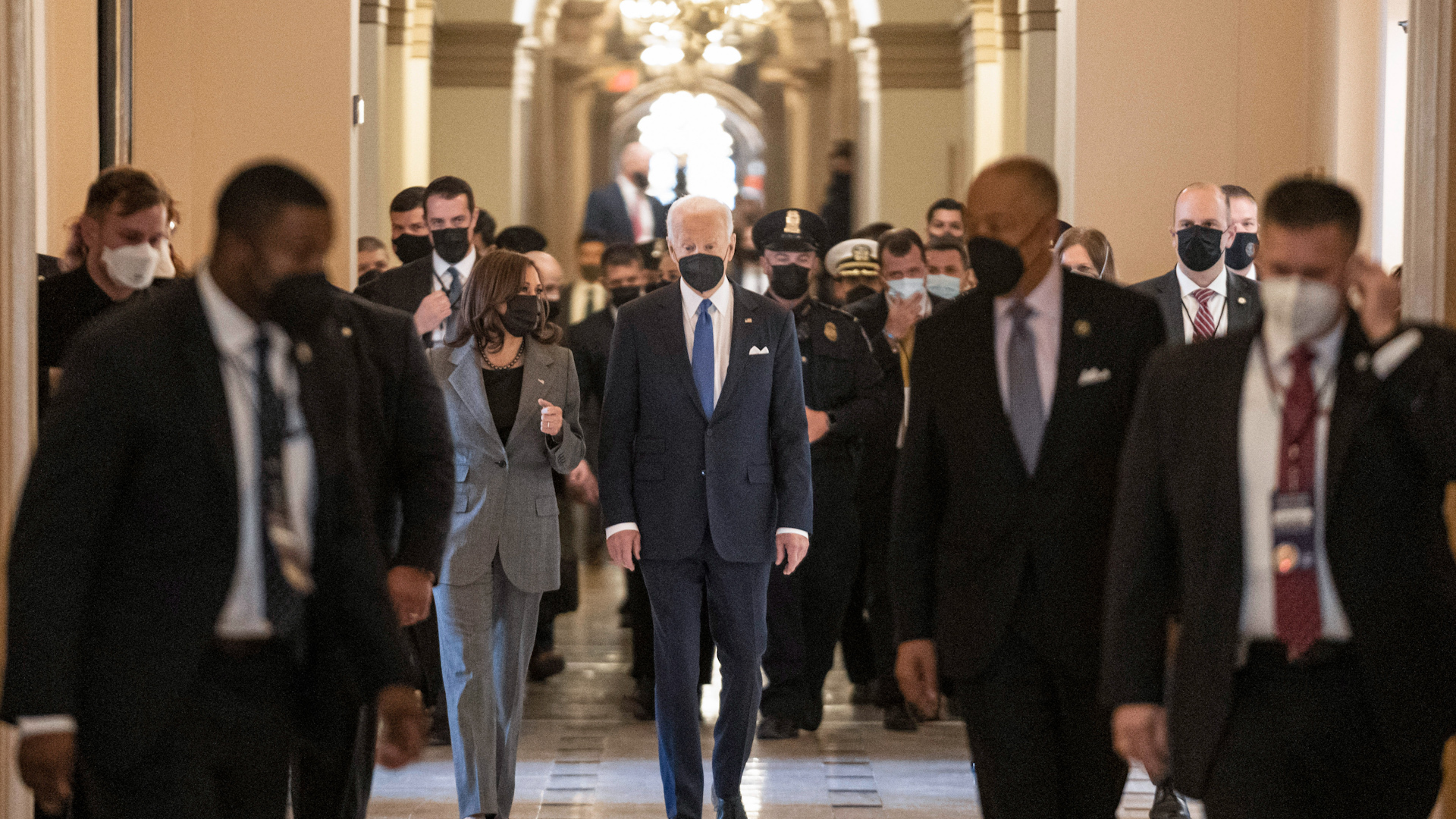 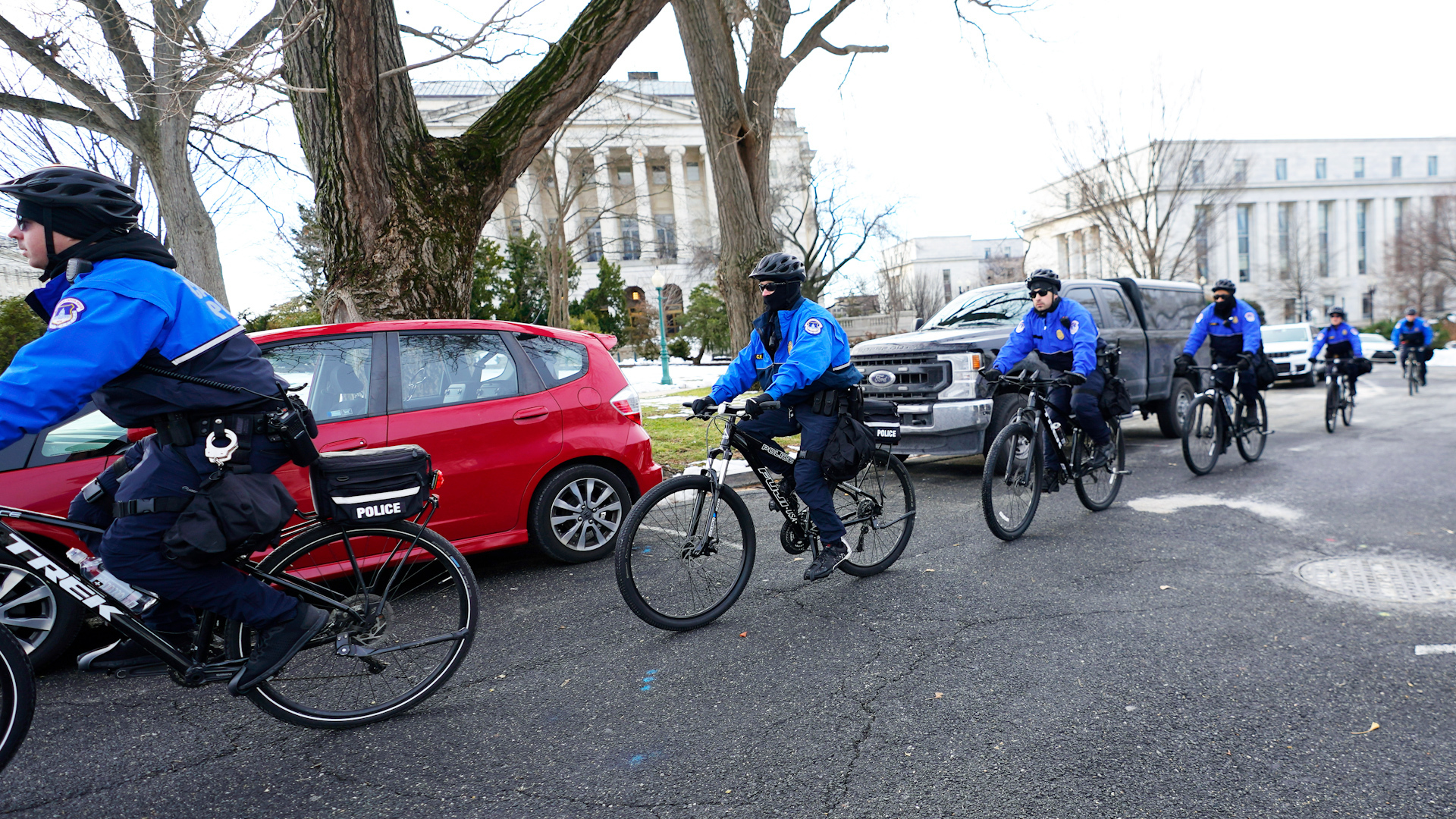 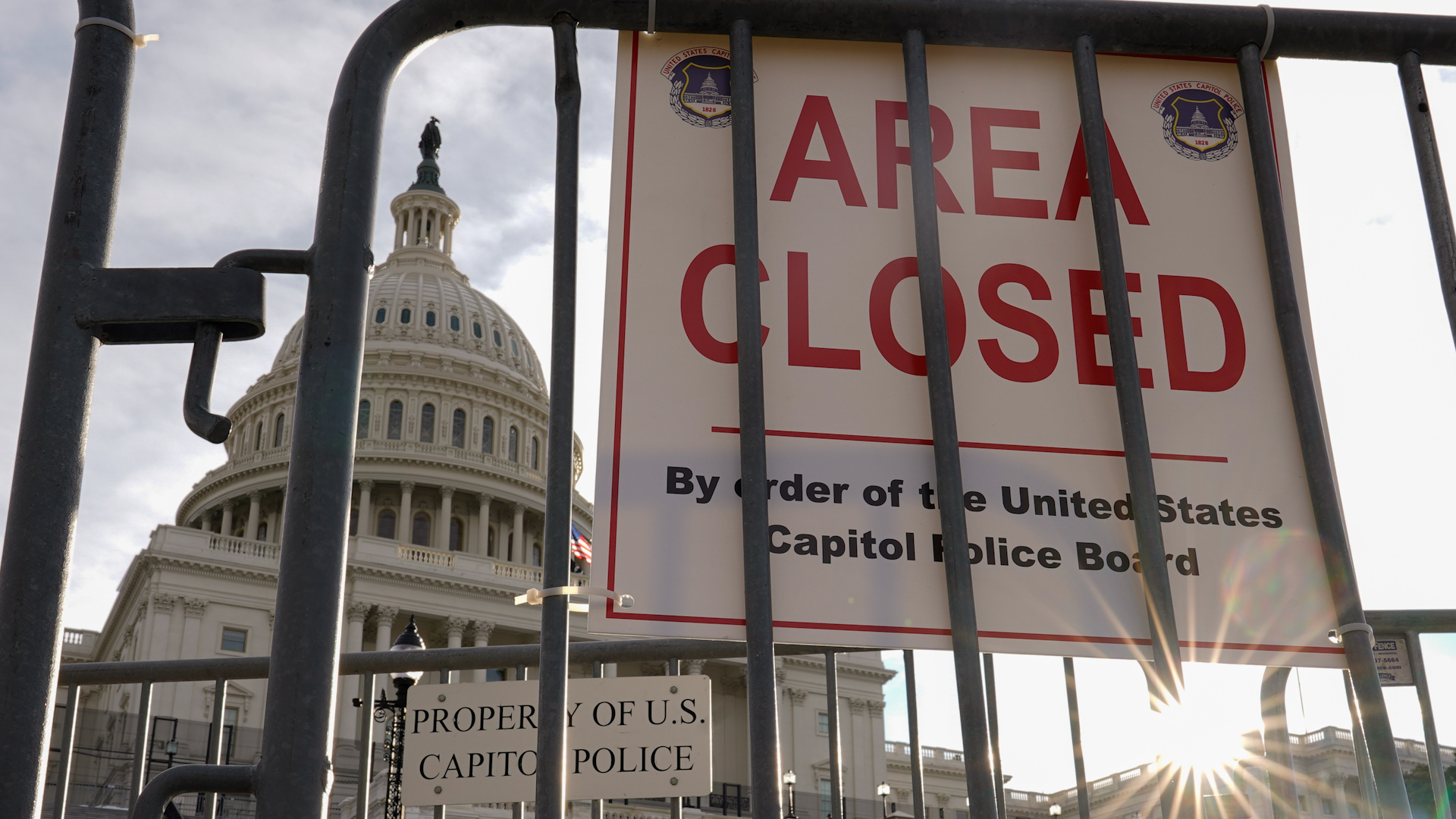 Biden's speech took place in a U.S. Capitol building surrounded by barricades and police as authorities stepped up security efforts on the one-year anniversary of the attacks.

Biden was joined by other members of Congress who somberly marked the day with ceremonies and speeches. Almost no Republican member of Congress attended the events except for Liz Cheney and her father, former vice president Dick Cheney.

Concerns for safety and security around the Capitol are at an all time high. Just one day earlier, Capitol Police Chief Thomas Manger told a U.S. Senate panel that 153 officers had left the force since January 6, 2021, forcing officers to work more overtime or cancel their leave amid a staff shortage that Manger says will take at least 2-3 years to fill with new hires.

During his testimony, Manger called for funding to expand protection for lawmakers in their home districts as Capitol Police fielded 9,600 threats against lawmakers during 2021.