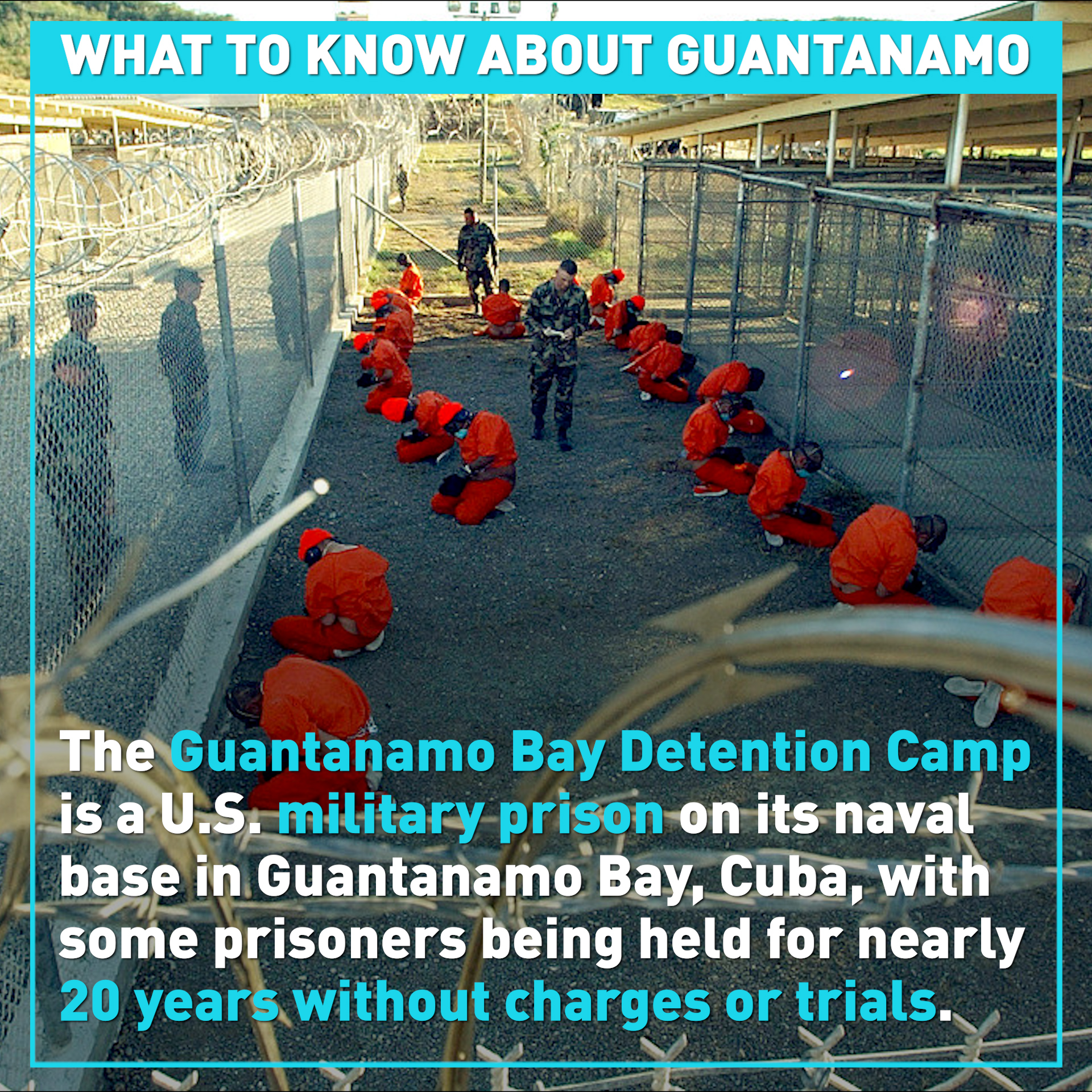 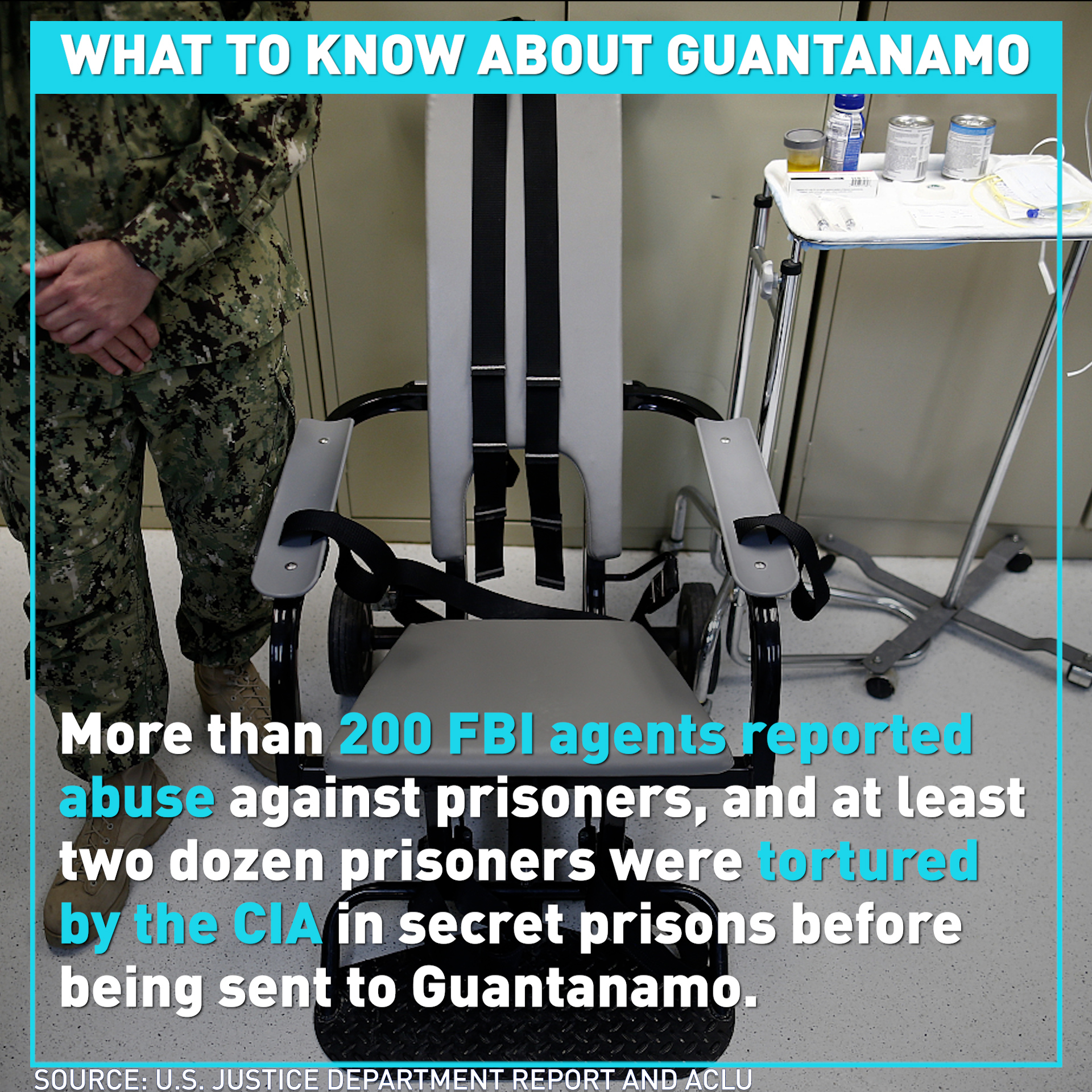 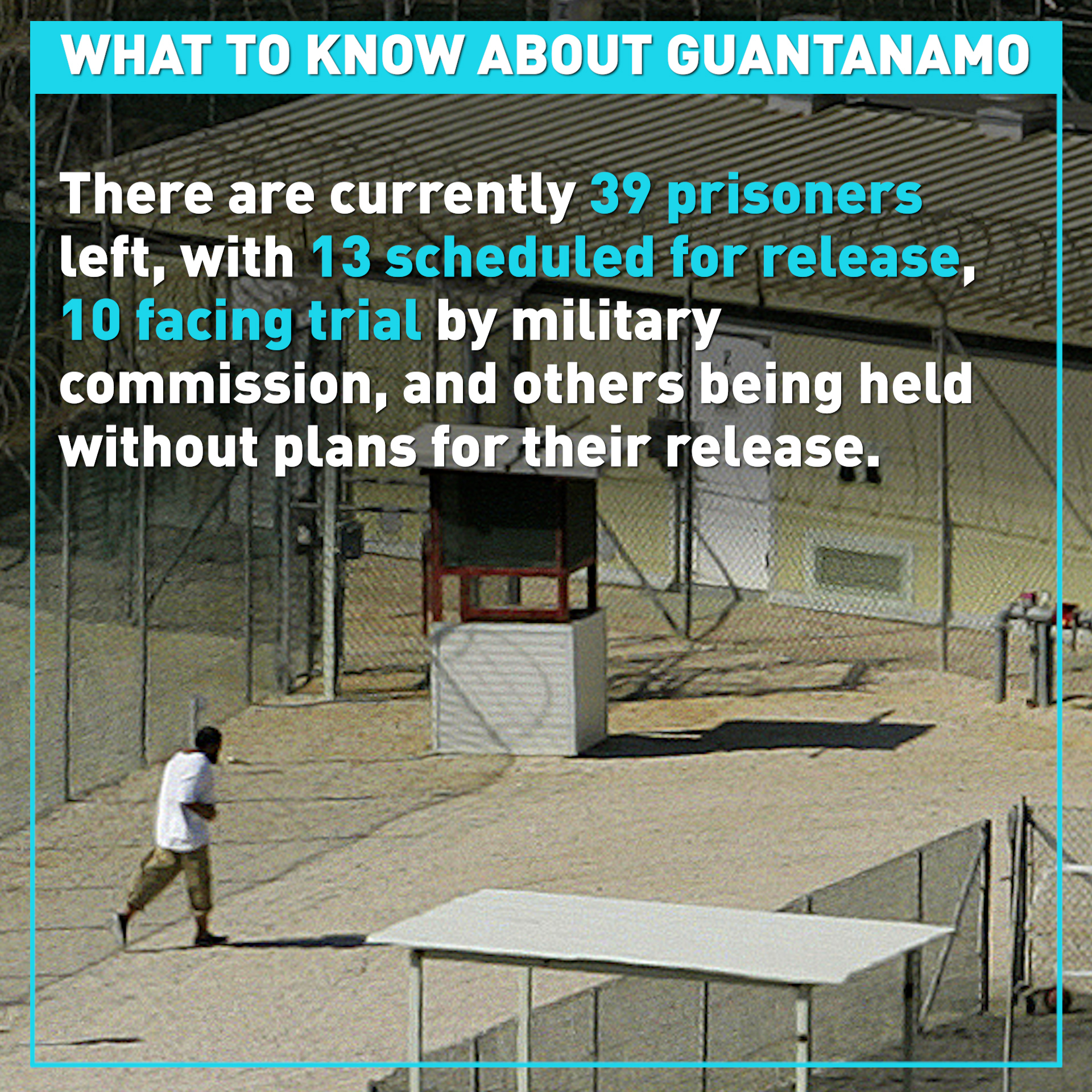 The Guantanamo Bay Detention Camp is a U.S. military prison on its naval base in Guantanamo Bay, Cuba, with some prisoners being held for nearly 20 years without charges or trials. 779 men have been imprisoned at Guantanamo since 2002 including 21 children, with the youngest being a 13-year-old boy.

More than 200 FBI agents reported abuse against prisoners, and at least two dozen prisoners were tortured by the CIA in secret prisons before being sent to Guantanamo. The youngest prisoner to die from apparent suicide was captured at 16 and died at 21.

86% of the detainees were reportedly turned in for bounties offered by U.S. and coalition forces. The prison gained notoriety for its use of torture and indefinite detention of suspected Al Qaeda fighters captured during the U.S. invasion of Iraq and Afghanistan.

The prison held early 680 people in 2003, but most were released by former U.S. President Bush. There are currently 39 prisoners left, with 13 scheduled for release, 10 facing military commission, and others being held without plans for their release.