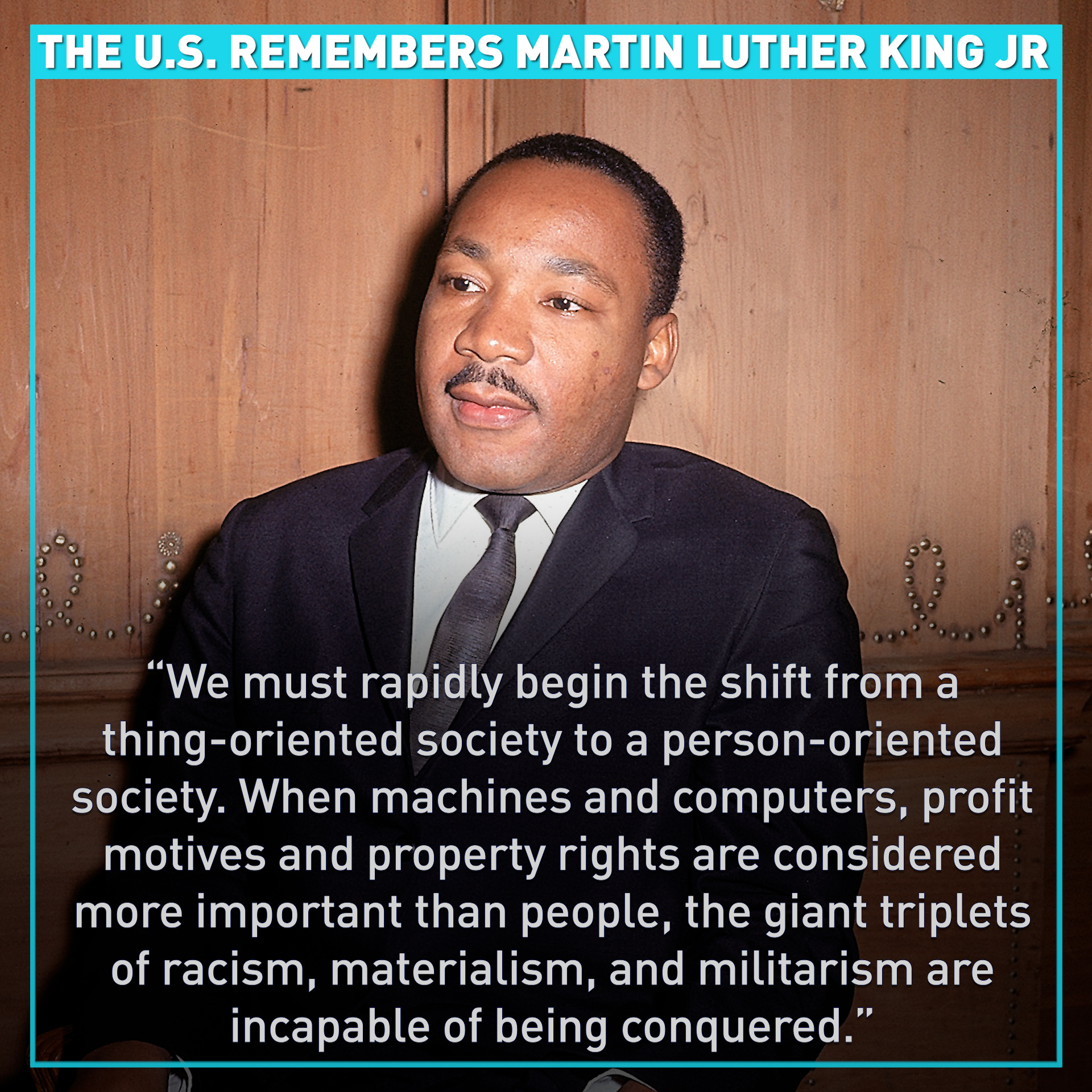 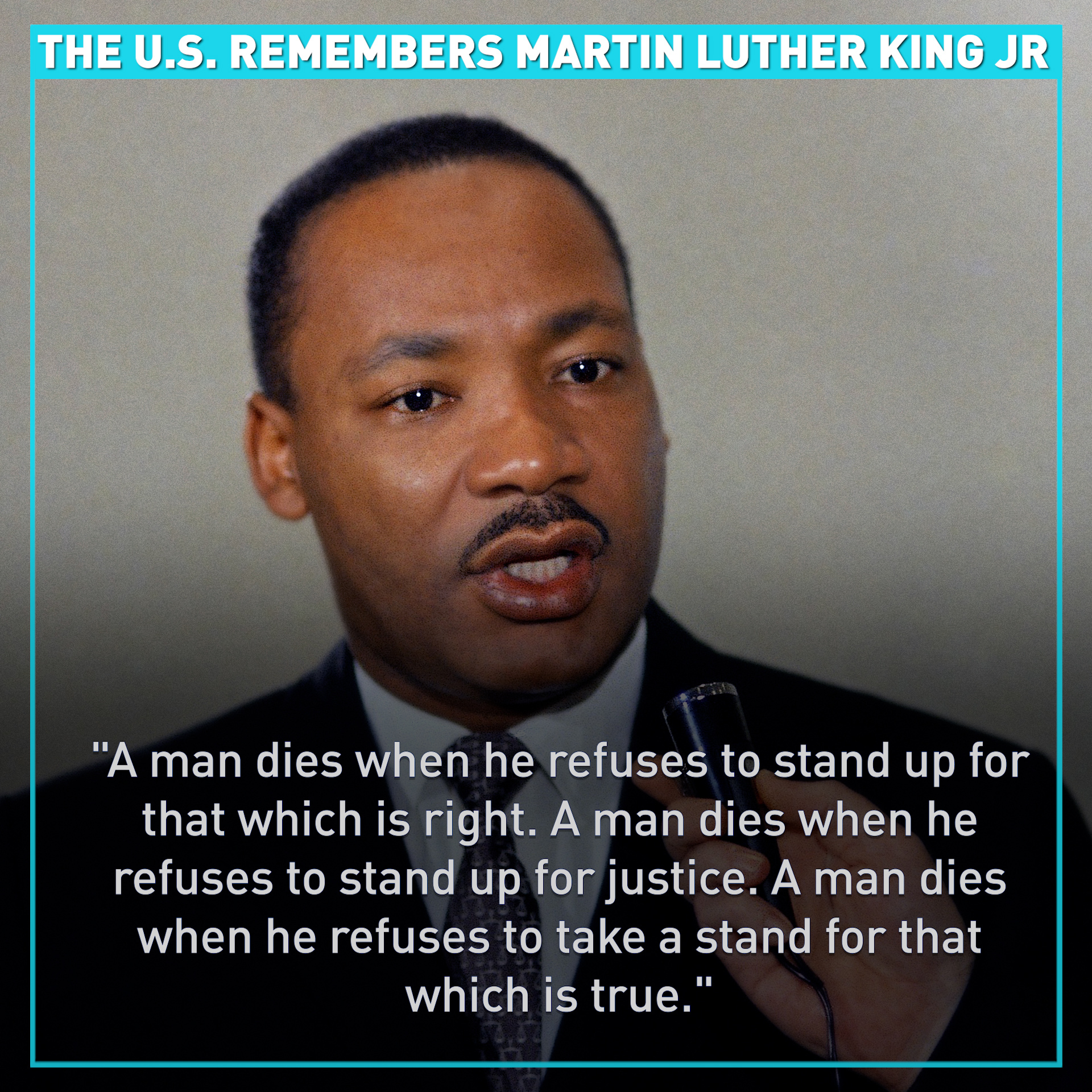 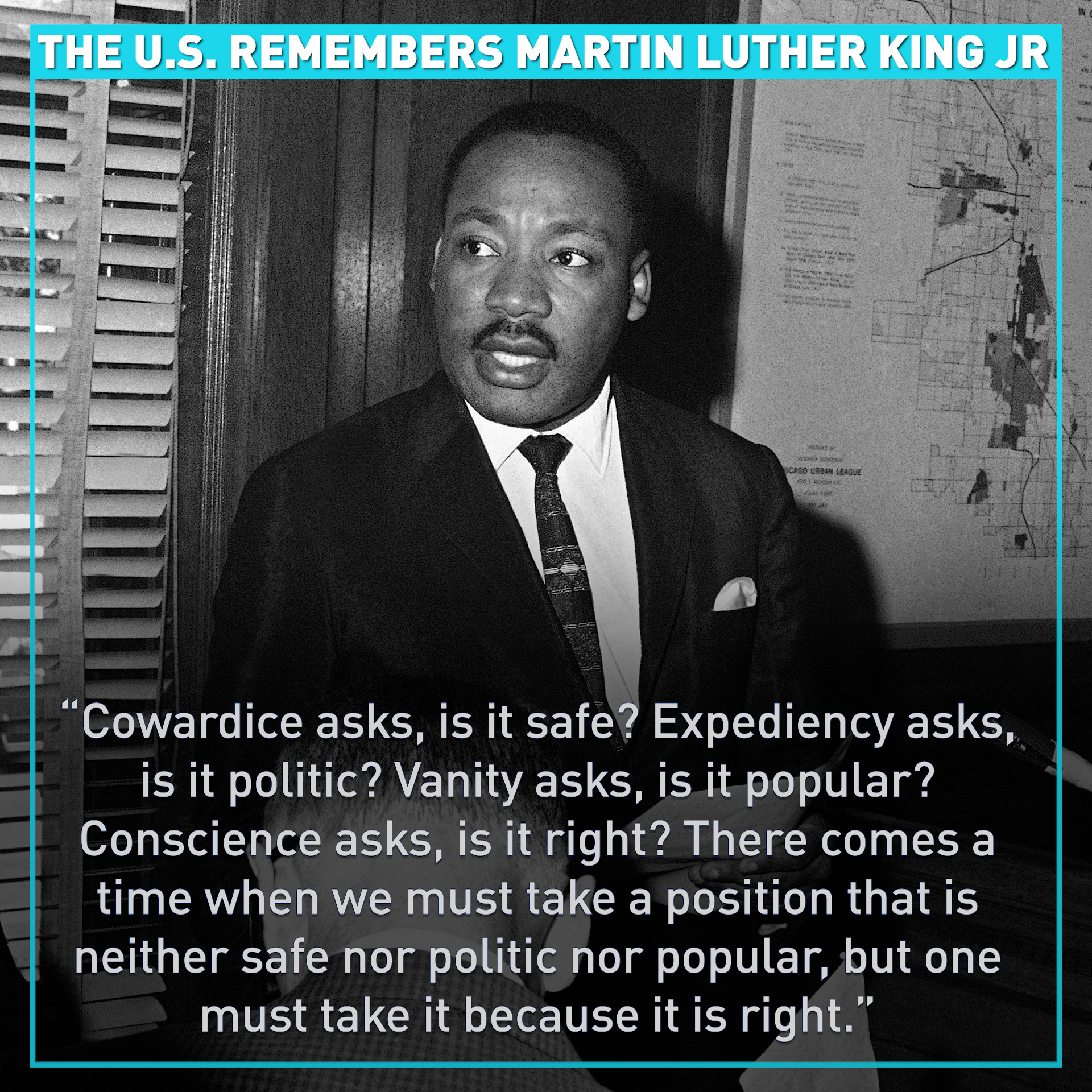 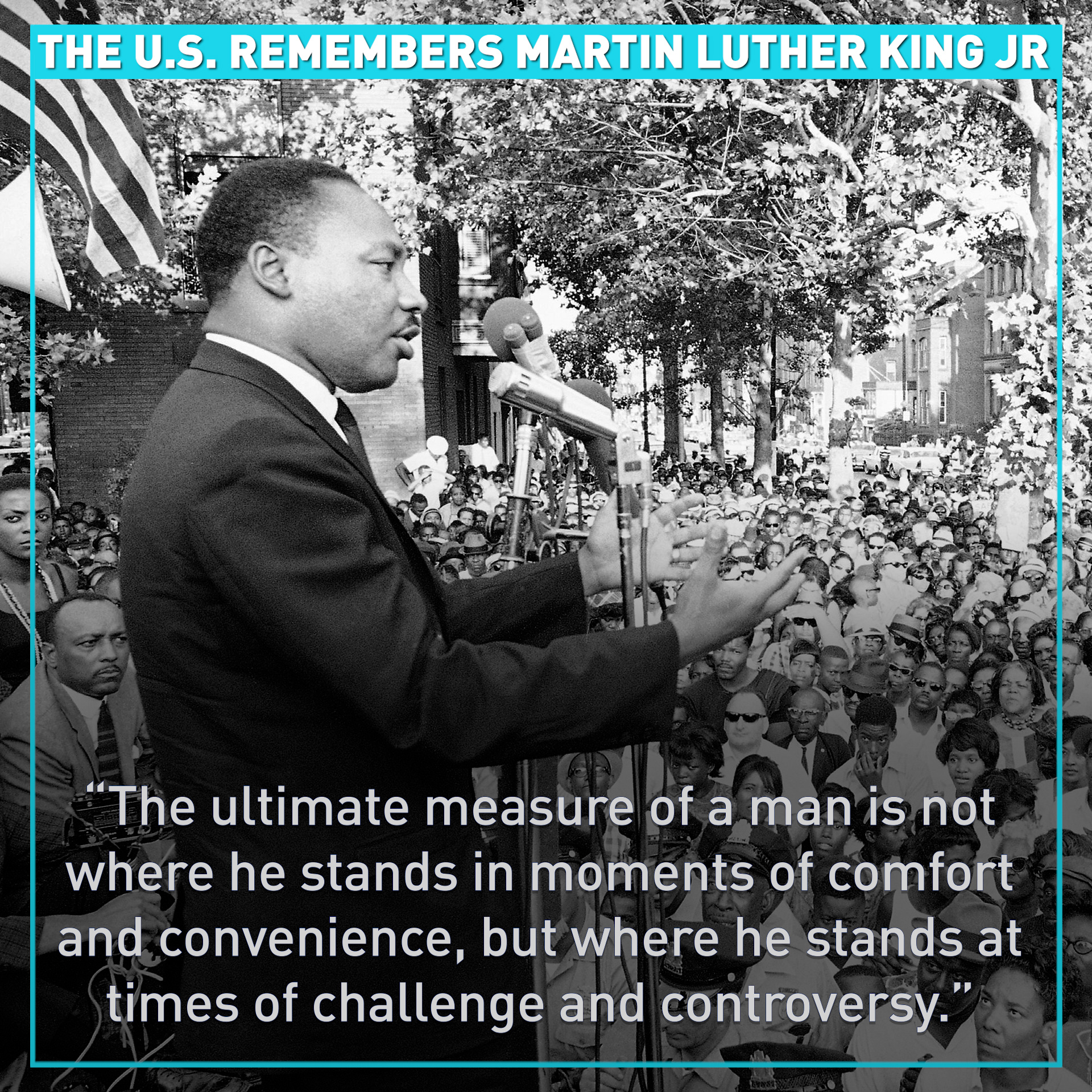 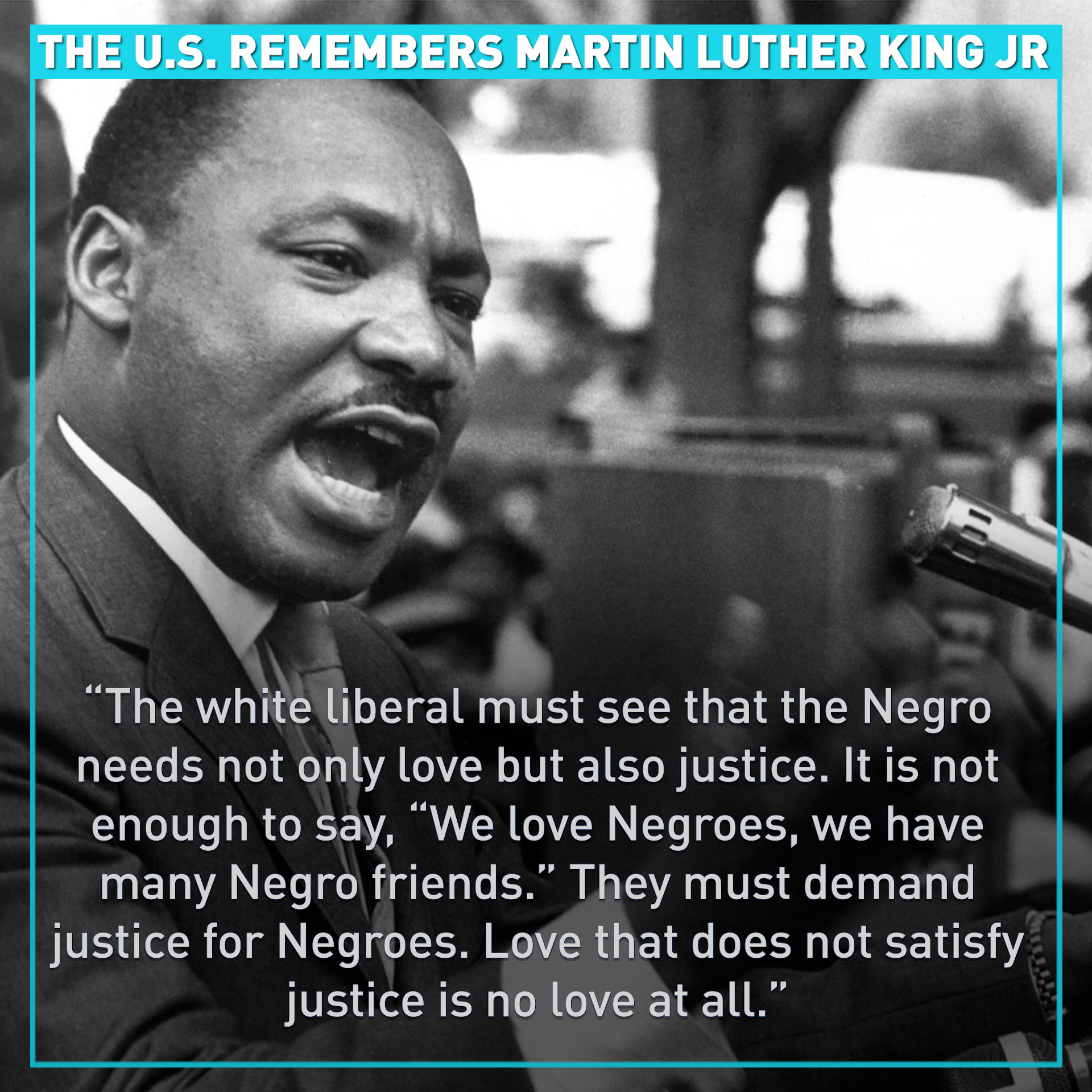 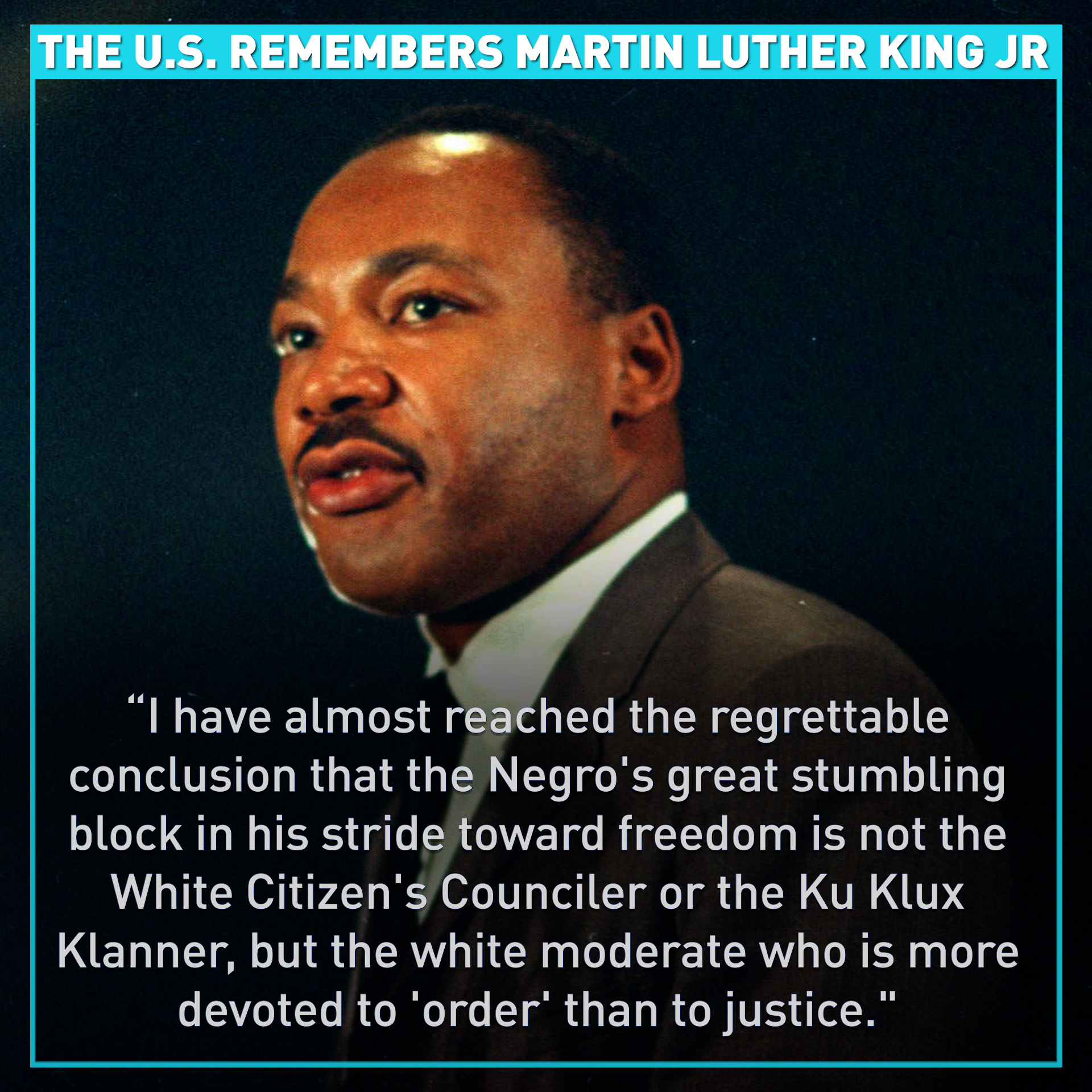 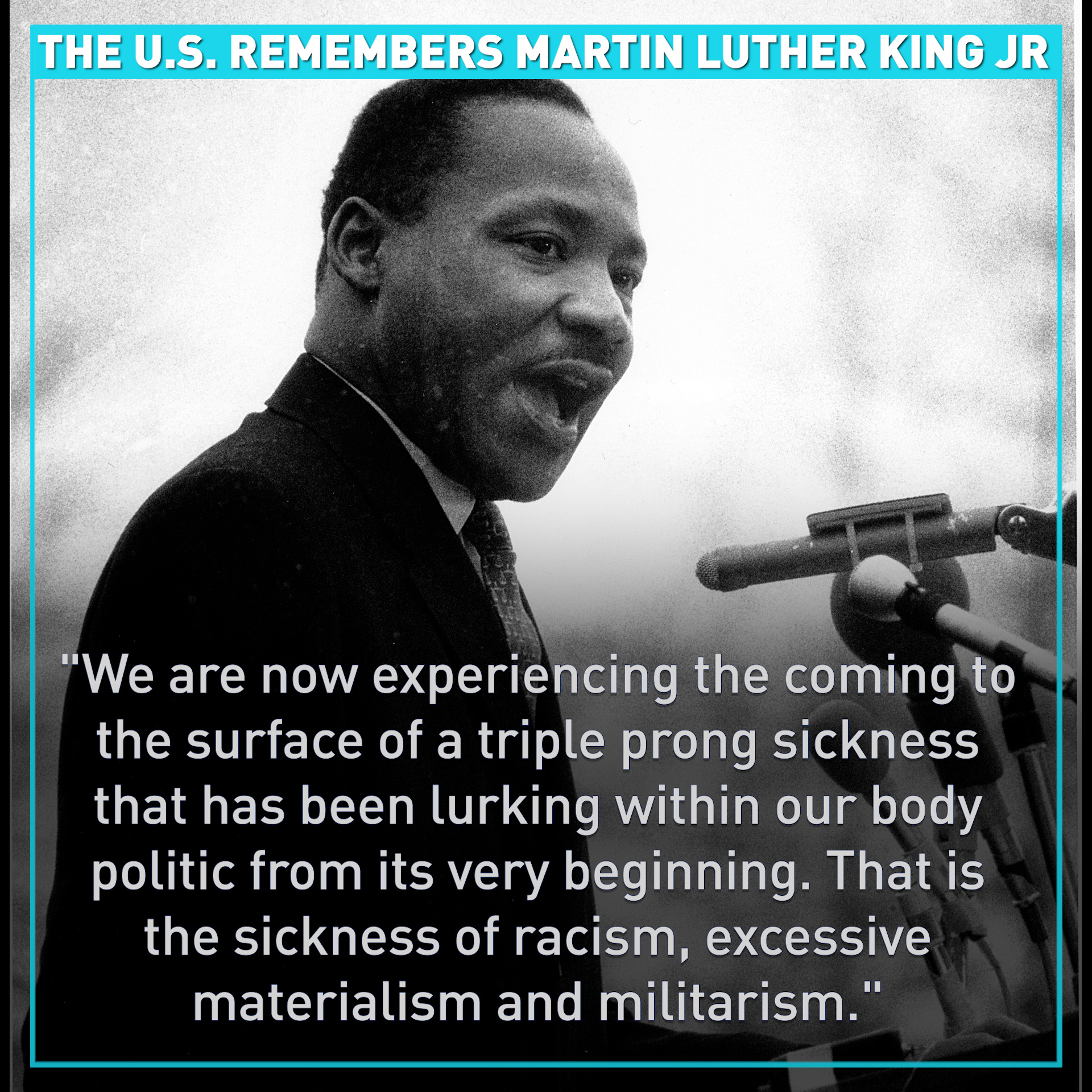 The U.S. commemorated the birthday of Rev Martin Luther King Jr, one of the most prominent leaders of the U.S. civil rights movement throughout the 1950's and 1960's until his assassination in 1968. King was known for his activism and speeches. He campaigned and led demonstrations against racism, poverty, voting restrictions, and other injustices facing the Black community in the U.S.

Martin Luther King Jr. Day is celebrated as a federal holiday in the U.S. In 2022, it fell amid a nationwide fight against restrictive voting laws in the U.S. With legislation on voting rights and election reform stalled in Congress, many activists marked the day by demanding Americans stand up to protect the right to vote.

Here are some of Martin Luther King Jr's most notable calls for justice.