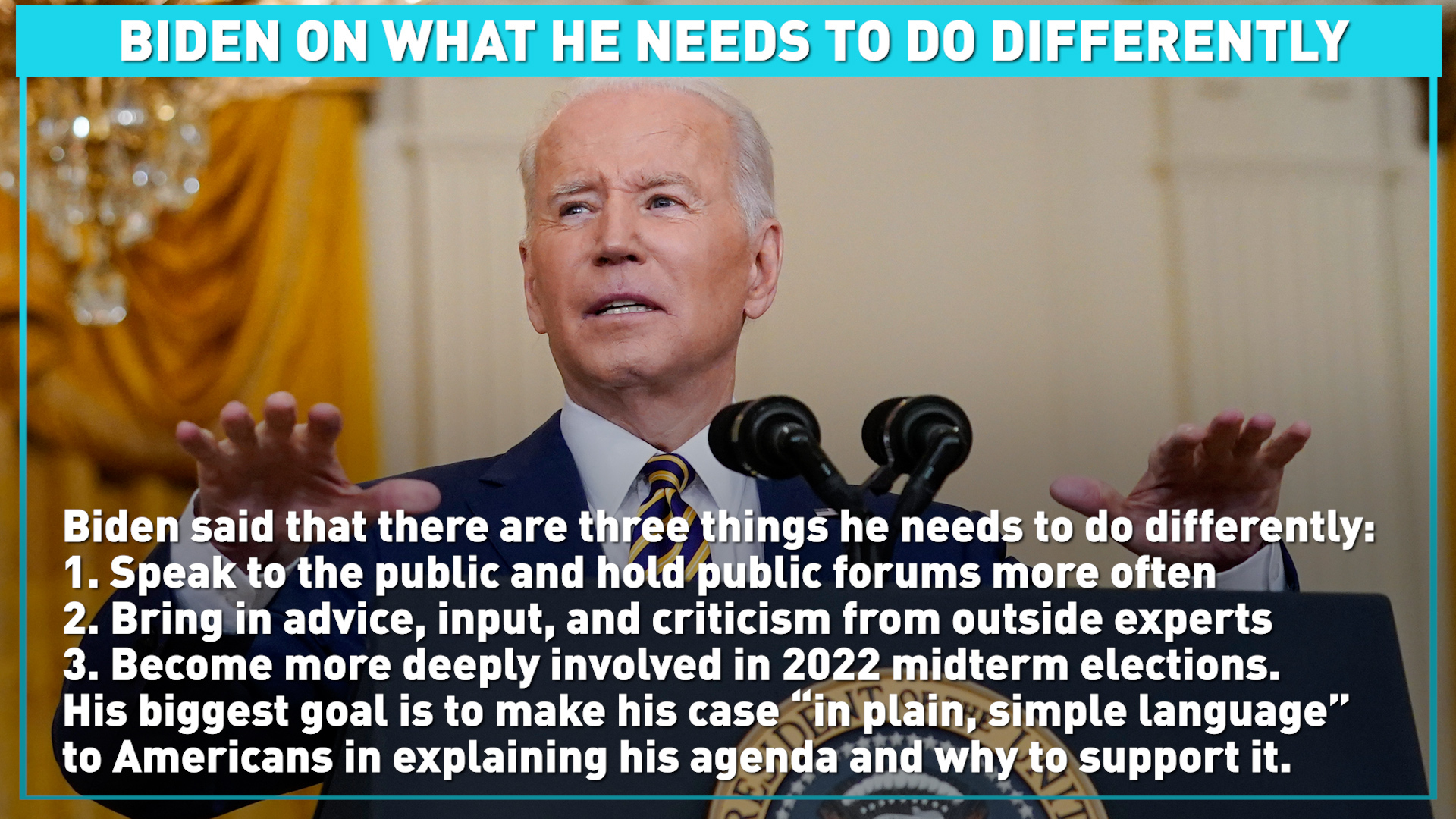 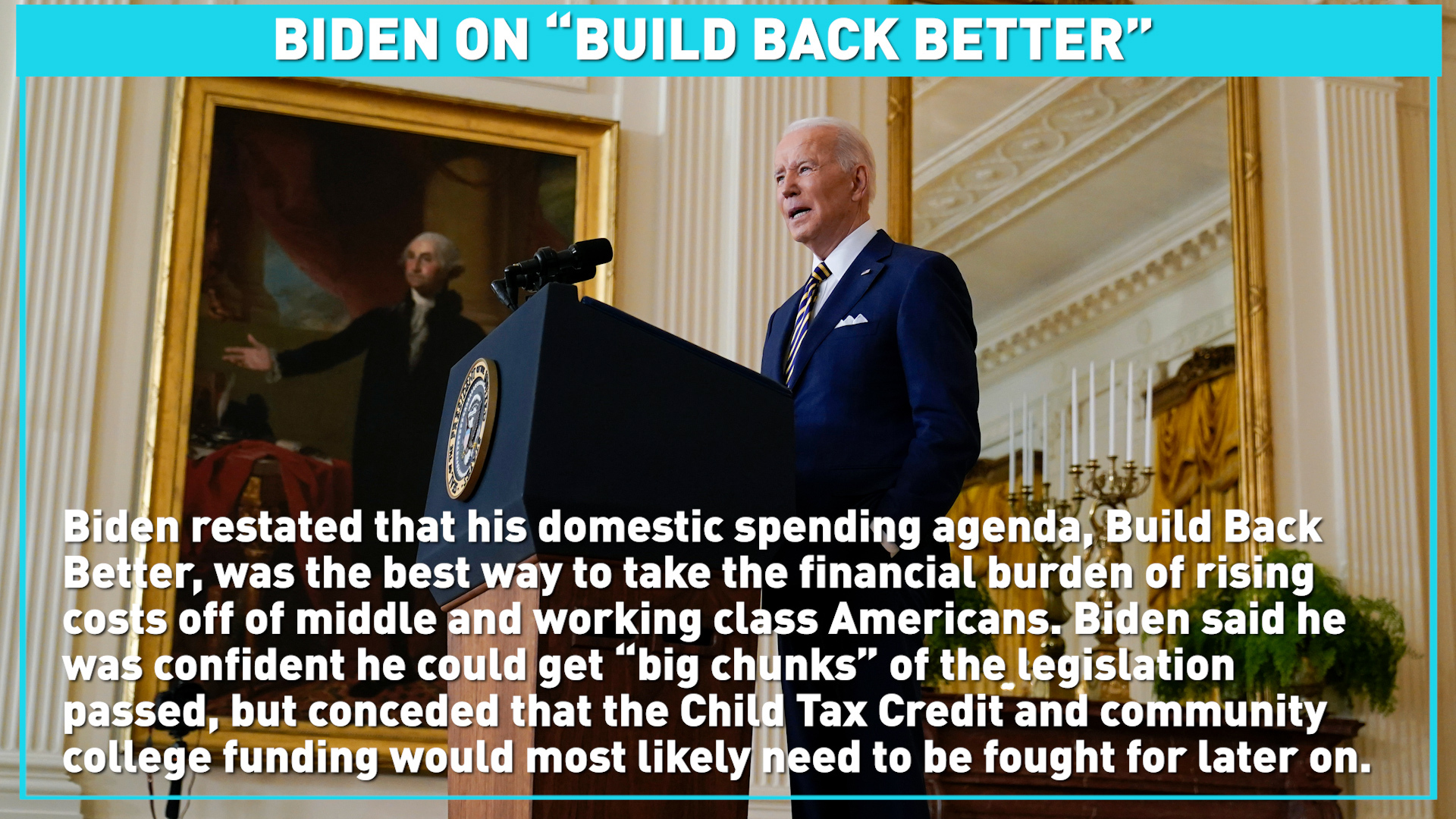 President Joe Biden acknowledged Wednesday that the pandemic has left Americans exhausted and demoralized but insisted at a news conference marking his first year in office that he has “outperformed” expectations. He said he would likely have to settle for “big chunks” of his signature economic package to break an impasse in Congress.

He said he believes important parts will be passed before the 2022 midterm elections and voters will back Democrats if they are fully informed — an assignment he said he will pursue by traveling the country.

The president began the news conference by reeling off early successes on coronavirus relief and a bipartisan infrastructure deal. But his economic, voting rights, police reform and immigration agenda have all been thwarted in a Democratic-controlled Senate, while inflation has emerged in the past year as an economic threat to the nation and a political risk for Biden.

Despite his falling approval numbers, Biden claimed to have “probably outperformed what anybody thought would happen” in a country still coping with the coronavirus.

“After almost two years of physical, emotional and psychological impact of this pandemic, for many of us, it’s been too much to bear,” Biden said. “Some people may call what’s happening now ‘the new normal.’ I call it a job not yet finished. It will get better.”

Still, it is a perilous time for Biden: The nation is gripped by another disruptive surge of virus cases, and inflation is at a level not seen in a generation. Democrats are bracing for a potential midterm rout if he can’t turn things around.

Biden has held just six solo news conferences during his first year in office. The ongoing threat from the coronavirus was evident in the very setup of Wednesday’s gathering: A limited number of reporters were allowed to attend, and all had to have been tested for the virus and wear masks.

The enduring impact of COVID-19 has become a weight on Biden’s presidency, despite his best efforts to rally the country in common purpose to defeat the virus. As a candidate, he promised to restore normalcy to a pandemic-riven nation, but overcrowded hospitals, shortages at grocery stores and fierce divisions over vaccine mandates and face mask requirements abound.

Biden, for his part, is signaling he’s not ready for a major shift in direction after recent policy setbacks. Instead, his White House is promising dogged work to deliver on promises made.

His words will be closely analyzed both at home and abroad, as the U.S. seeks to rally an international coalition to defuse a perilous situation in Eastern Europe.

Story compiled with information from the Associated Press 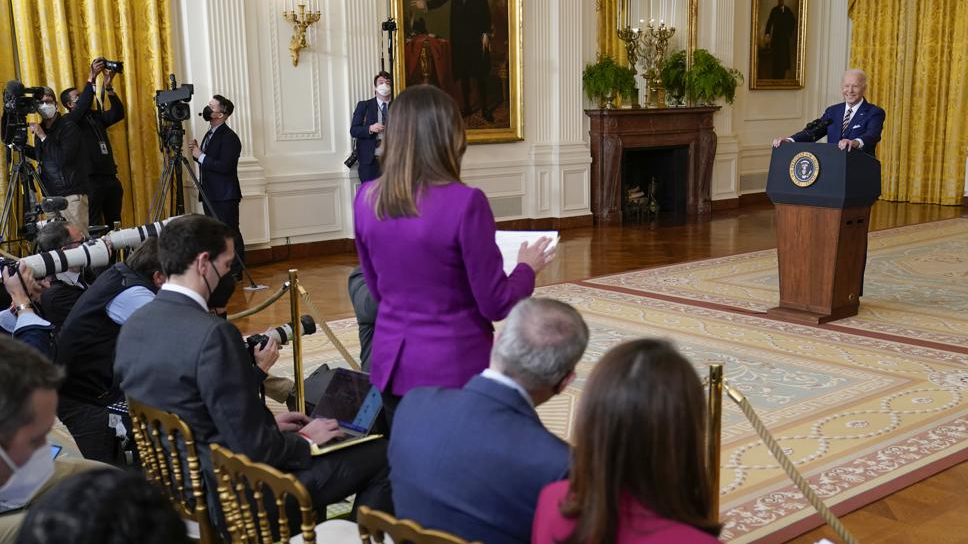