Download
The Art of the Party: Liberation of Tianjin
CGTN/Special Series 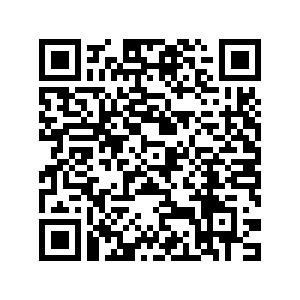 In 2020, artist Fan Yang created "Liberation of Tianjin - Meet at the Jintang Bridge.”

The painting depicts the moment of victory on the Jintang Bridge during the Tianjin Campaign, part of the Pingjin Campaign during the Chinese Civil War.

The Pingjin Campaign, also known as the Battle of Pingjin, was part of three major campaigns launched by the People's Liberation Army (PLA) during the late stages of its battle with the Nationalist Kuomintang.

By the winter of 1948, the balance of power in Northern China had shifted in favor of the PLA as the Communist Army entered the North China Plain after conclusion of the Liaoshen Campaign.

The Nationalists decided to dispatch their military forces to Beijing, Tianjin and Zhangjiakou. They were hoping to preserve their strength and reinforce Xuzhou where another major campaign was underway.

In order to save the two historic cities from destruction, the original plan of the Communists was to cut off the Nationalist escape route via sea, forcing the enemy's surrender in Beijing and Tianjin.

But knowing the Nationalists' vow to defend their cities to the end, the Communists changed their plan and decided to attack Tianjin first.

Located in Northern China, Tianjin is situated on the shore of the Bohai Sea.

The Communists planned to attack from the east and west simultaneously, cutting off the city in the middle where the Jintang Bridge is located.

The PLA cleared all the strongholds outside the city and launched the final assault on January 14, 1949. The city was captured after 29 hours of fighting.

The result of the Tianjin Campaign helped determine the outcome of the Pingjin Campaign. It marked the end of Nationalist dominance in the North China Plain.