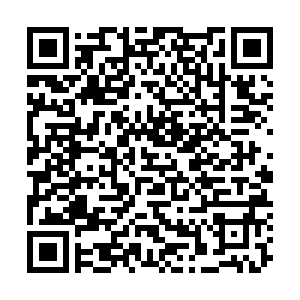 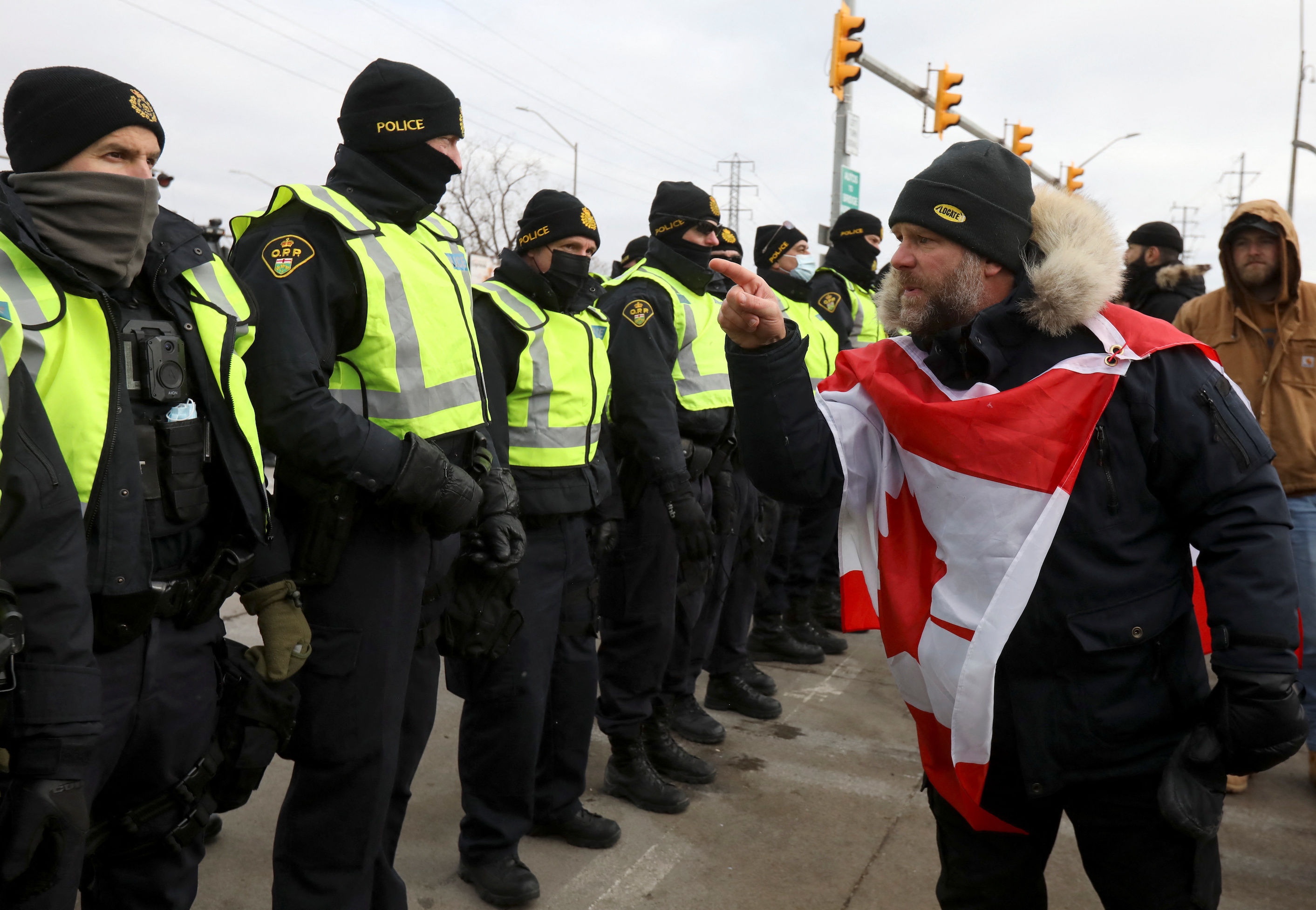 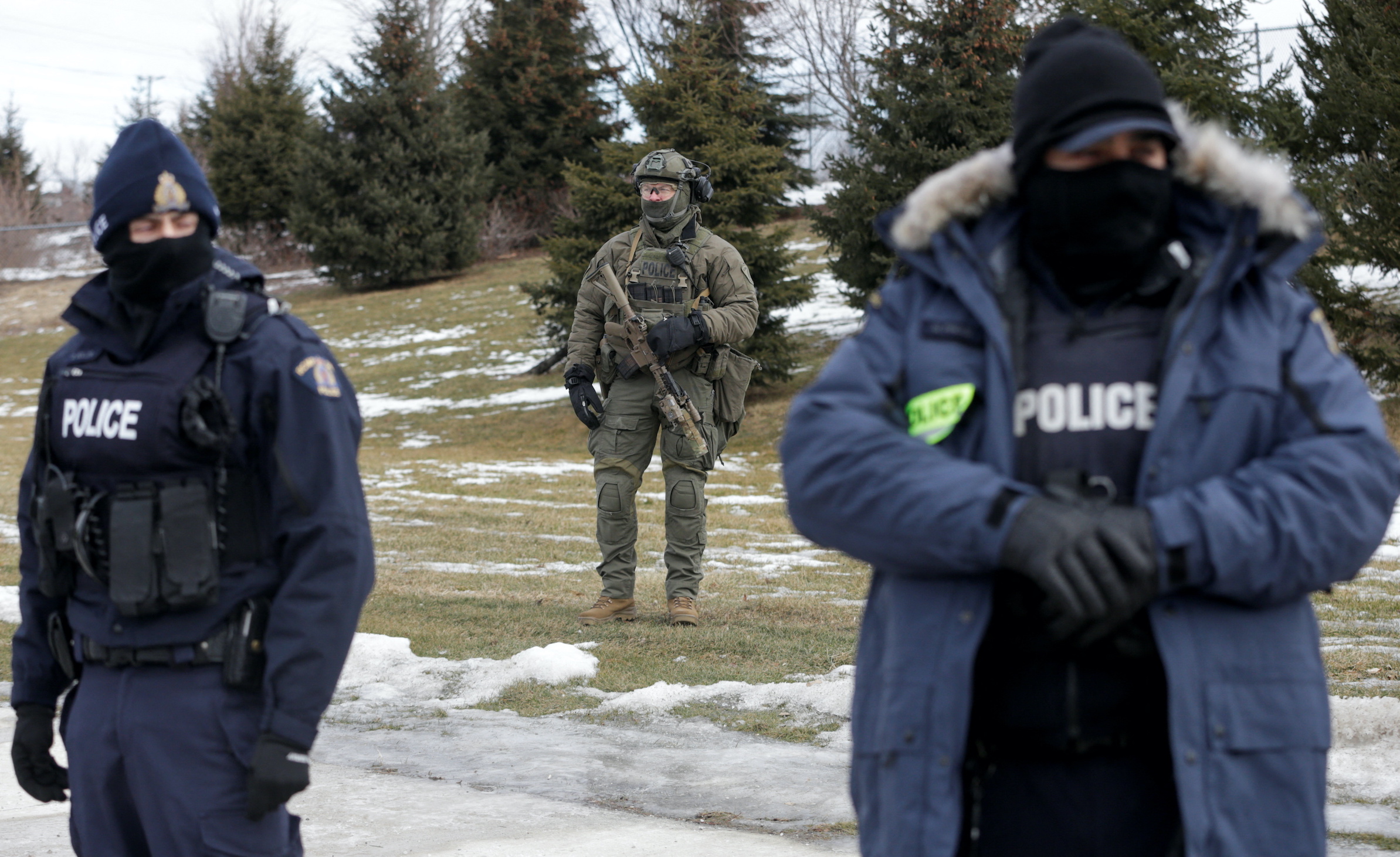 Canada's police on Sunday moved in to clear and arrest protesters from a key U.S. border bridge, which was occupied by trucker-led demonstrations over COVID-19 restrictions.

Early on Saturday, Canadian police, backed by armored vehicles, began clearing the bridge, taking down tents erected in traffic lanes and persuading some drivers to move their trucks.

But by Saturday evening, after hours of facing off against the demonstrators, the police had not completely cleared the span. Most of the cars and trucks blocking it were removed but hundreds of people refused to budge. The police arrested a 27-year old man for a criminal offence in relation to the demonstration.

The bridge carries about $360 million a day in two-way cargoes, equivalence of 25 percent of the value of all U.S.-Canada goods trade. Concrete barricades have been set up in front of the police near the bridge to keep protesters from reclaiming any ground.

The "Freedom Convoy" protests, started in the national capital Ottawa by Canadian truckers opposing a vaccinate-or-quarantine mandate for cross-border drivers, entered its 17th day on Sunday.

But it has now morphed into a rallying point against broader COVID-19 curbs, carbon tax and other issues, with people joining in cars, pick-up trucks farm vehicles.

Protests erupted across several cities in Canada on Saturday, with some 4,000 people in downtown Ottawa. Financial capital Toronto had some 1,000 demonstrators, though the police had shut key access roads to the central business district.

In the west, hundreds of protesters chocked intersections along Pacific Highway with vehicles leading to the Canada-U.S. border crossing in South Surrey, British Columbia. Several, camped out near the border crossing, vowed to stay "as long as is needed" until all COVID-19 restrictions are lifted.

Strangling bilateral trade, protests have spread to three border points, including the in Alberta and Manitoba.

Canadian police have said the protests have been partly funded by U.S. supporters, and Ontario froze funds donated via one U.S. platform GiveSendGo on Thursday.

The estimated loss so far from the blockades to the auto industry alone could be as high as $850 million, based on HIS Markit's data, which puts the 2021 daily flow in vehicles and parts at $141.1 million day.

The demonstrations have inspired copycat protests that are now spreading around the globe, including to France, the Netherlands, Switzerland, Australia and New Zealand.

In Paris on Saturday, police fired tear gas and issued hundreds of fines in an effort to break up convoys of vehicles coming from across France in a protest over COVID-19 restrictions and rising living costs.

While some protesters made it to the glitzy Champs-Elysees, they were unable to block the city's streets.

In the Netherlands, a vehicle convoy brought The Hague's city center to a standstill in another Canada-style protest.

In Switzerland, hundreds of protesters marched in Zurich to protest COVID-19 restrictions, while several thousand others rallied against them, Swiss media reported. Both rallies were illegal, and police used tear gas, water cannons and rubber bullets to disperse the crowds.

In Australia, an estimated 10,000 protesters marched through capital the Canberra to the parliament building to decry vaccine mandates.

And in New Zealand, anti-mandate activists have been camped on the lawns of parliament in Wellington for days in a protest inspired by the Canadian convoy.