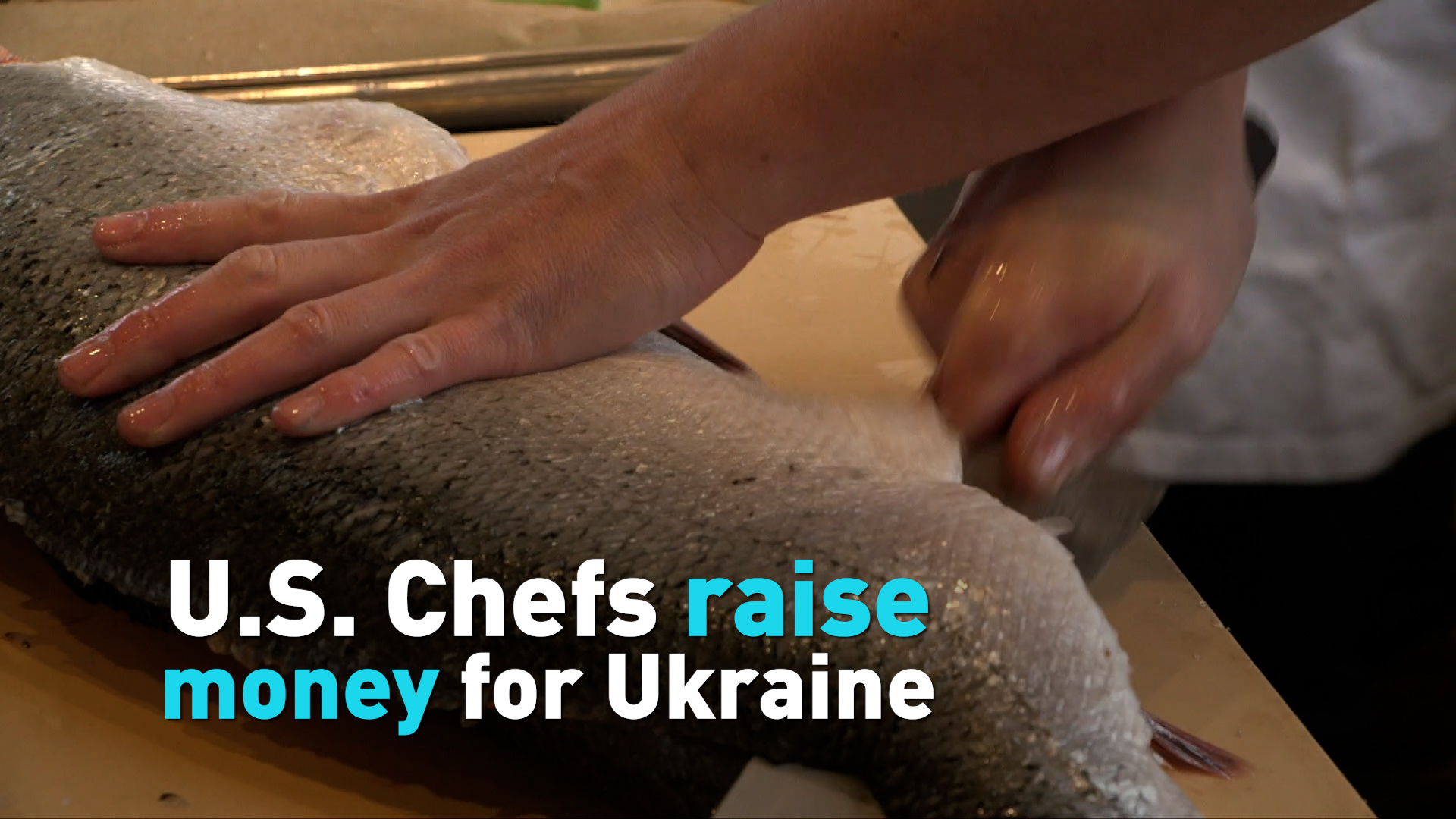 What does it take to be a good sushi chef? Good knife skills are at the top of the list. Like many other talents, it takes years of practice.

Some flair and showmanship behind the counter doesn’t hurt either.

"I'm an immigrant too, and I know how hard it is to go to a different place where you don’t belong, and you’ve not been there before, and you want people to come help you," said Jesus Silva a Chef at The Golden Mill.

"I have roots out of Ukraine, and it’s just awful, so we wanted to do something, anything," said Wenzel.

The conflict in Ukraine has struck a nerve with many in the global restaurant industry.

"Everybody comes, and they help, in an organized chaos that works amazingly," said Jose Andres, Founder of the World Central Kitchen.

It's already provided more than four million meals to Ukrainians who've been driven out of their homes.

"I cannot believe we're in the middle of a refugee crisis created by a war that should not be happening. Man, this breaks your heart," Andres said.

Silva says "he's a big inspiration for us, this guy is changing the world through food, which is a dream of all of us right?"

Chef Jesus Silva helped organize this buffet of auctions, raffles and competitions, which also included a pig butchering demonstration. More than showcasing their abilities, chefs are born to serve.

"They're lovers and they're entrepreneurs, and they give back, their whole philosophy is making somebody feel good," said Mark Shaker, Co-Owner of The Golden Mill

"We are in the service industry, right? We service, we are the people who like to serve, we want to be there for the people who need it," said Silva.

Like a last-minute meal, the fundraiser was thrown together in just a few weeks and ended up raising $15,000 which will go directly to World Central Kitchen.

Shaker says that everyone's looking for ways that they can give back and to do something in a unique way.

Foodies half a world away are bringing what they can to the table as part of the massive relief effort.

"The most basic things there need is food right? And as a chef, that’s how we can help, it's the only way we can help," said Silva.