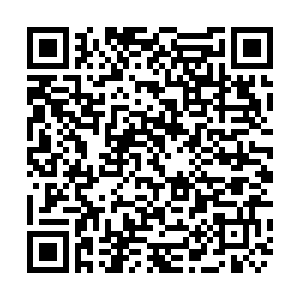 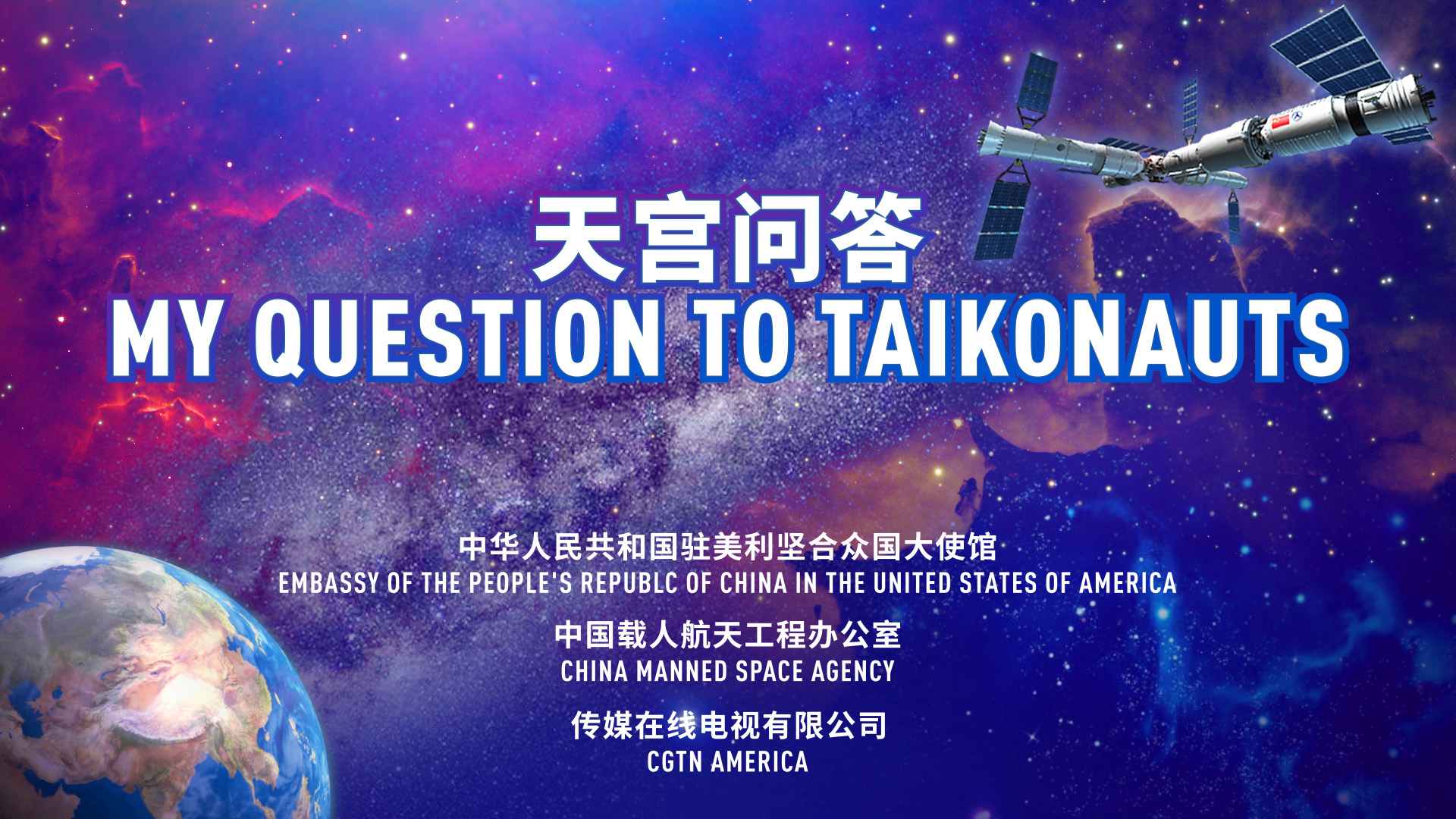 The Chinese embassy in the U.S. hosted the "My question to Taikonauts" event on Saturday, April 9.

More than 300 students across the United States joined the event. Floating hundreds of kilometers above the Earth in an orbiting space station, the three Shenzhou 13 astronauts, along with former NASA astronauts and aerospace experts on the ground, answered questions from U.S. students. 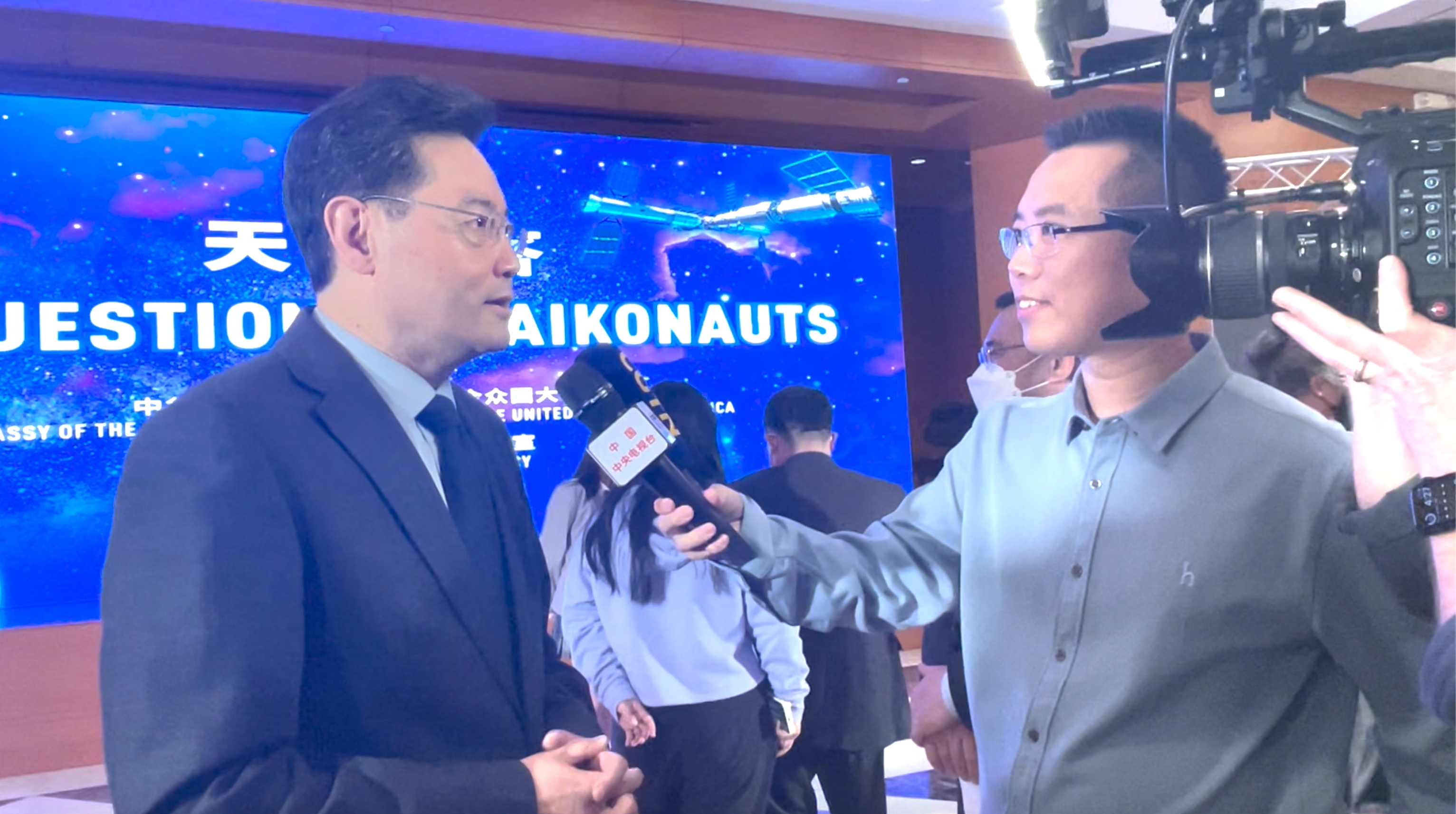 In an exclusive interview with CGTN, Chinese Ambassador to the U.S. Qin Gang said, since China's Shenzhou 13 manned spacecraft was launched in October last year, there was a lot of curiosity about the Chinese space station and the astronauts' experiments in space, so the Chinese embassy decided to put together a Q&A session with Chinese astronauts Zhai Zhigang, Wang Yaping and Ye Guangfu.

Qin also said, President Xi Jinping pointed out that closer people-to-people exchanges and mutual learning is a sure way to eliminate estrangement and misunderstanding and promote mutual understanding among nations. The students from 20 schools in 13 states sent the embassy their questions, which were then delivered to the three Chinese astronauts on the Tiangong space station. Their prerecorded responses to some of the questions were shared with students, parents and teachers, who joined the event in person at the Chinese embassy in Washington, DC, or through the Zoom communications platform. 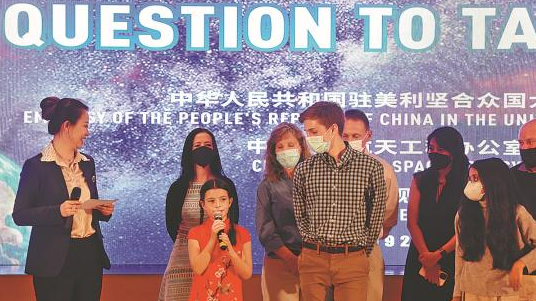 The students' questions covered a wide range of topics, from whether it's possible to grow the ancient life-form archaebacteria on the moon or Mars to how the taikonauts prepared themselves for the journey.

Skyla Winters, a student from Lone Peak Elementary School in Utah, wanted to know what happens if the astronauts run out of water in space.

Zoey Cardamone, a student from Yinghua Academy, a Chinese immersion public charter school in Minneapolis, Minnesota, asked what things the astronauts will want to take back home with them.

"I will bring back some meaningful personal items, such as my drawings and calligraphy that I did in space, as well as photos of my daughter and my toy calf," Wang said. 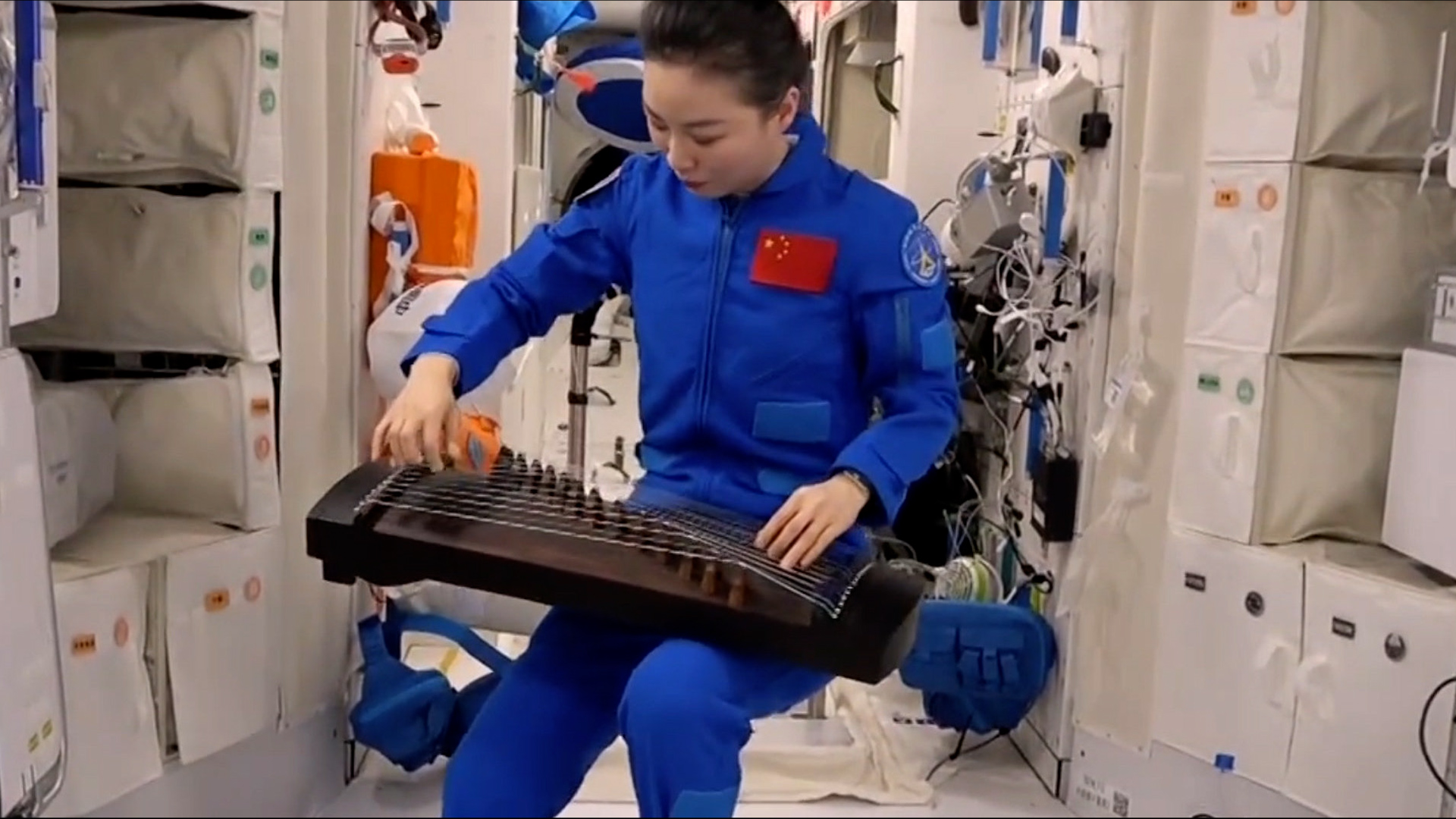 In response to what they do for fun outside of work, the Chinese astronauts said they exercise on a treadmill, sing karaoke and play musical instruments. They even watched the Beijing Winter Games to keep themselves entertained when they were not conducting experiments on the space station. Ambassador Qin also said people across the world share a common responsibility to protect the planet. "You say you are American, we say we are Chinese, but we are all citizens of the Earth. … Let's join hands to protect our Mother Earth and to work for a better future of common prosperity for all mankind," he said. Donald A. Thomas, an engineer and former NASA astronaut who completed four space shuttle missions in the 1990s, was a guest speaker at the event.

He recalled looking out the window of the space shuttle during his first flight and seeing Earth. That experience "changes your view of your place on planet Earth", he said.

Cities, states, countries, continents, languages and religions no longer matter as, "we are all earthlings here", Thomas said, adding that the embassy event helps to form new friendships and understanding, despite the difference between the cultures.

Elon Musk, founder and CEO of SpaceX, who appeared in a prerecorded video message, told attendees that the grounds for future space cooperation "are amazing".

"I look forward to humanity working together to form a self-sustaining civilization on Mars and other planets, which I think will be very important for the long-term prosperity and survival of life as we know it," he said.

At the end of the session, students were eager to share what they learned from the exchange.

"This has just been really inspiring seeing how the taikonauts responded to this experience but also our questions, and just seeing how interconnected the space exploration community is," said Myles Carley, who studies at Thomas Jefferson High School for Science and Technology in Virginia.

Anasophia Abbas, a sixth-grader from Avenues: The World School in New York, said she wanted to be an engineer when she grows up. It's motivating to learn about the effort and collaboration needed to go into space, she said. Shenzhou XIII, the Chinese manned spacecraft carrying the three taikonauts, was launched in October 2021. After a six-month mission in orbit, the Chinese astronauts are due to return to Earth in a week, according to the embassy.

To welcome the crew back to Earth, all participants at the event were invited to join in the recording of a video message in which they said "welcome home" in Chinese.