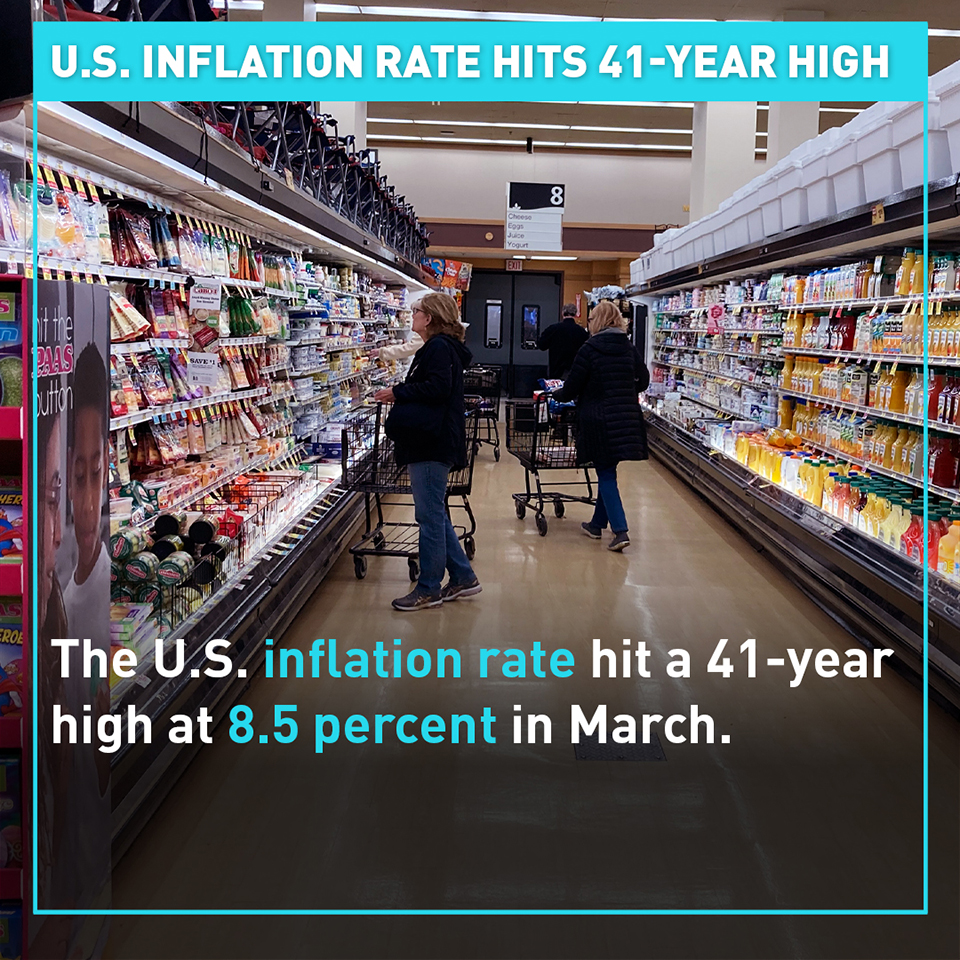 The U.S. consumer prices, which tracks what consumers pay for goods and services, increased 8.5 percent in March compared with a year ago, hitting the fastest inflation rate since 1981. 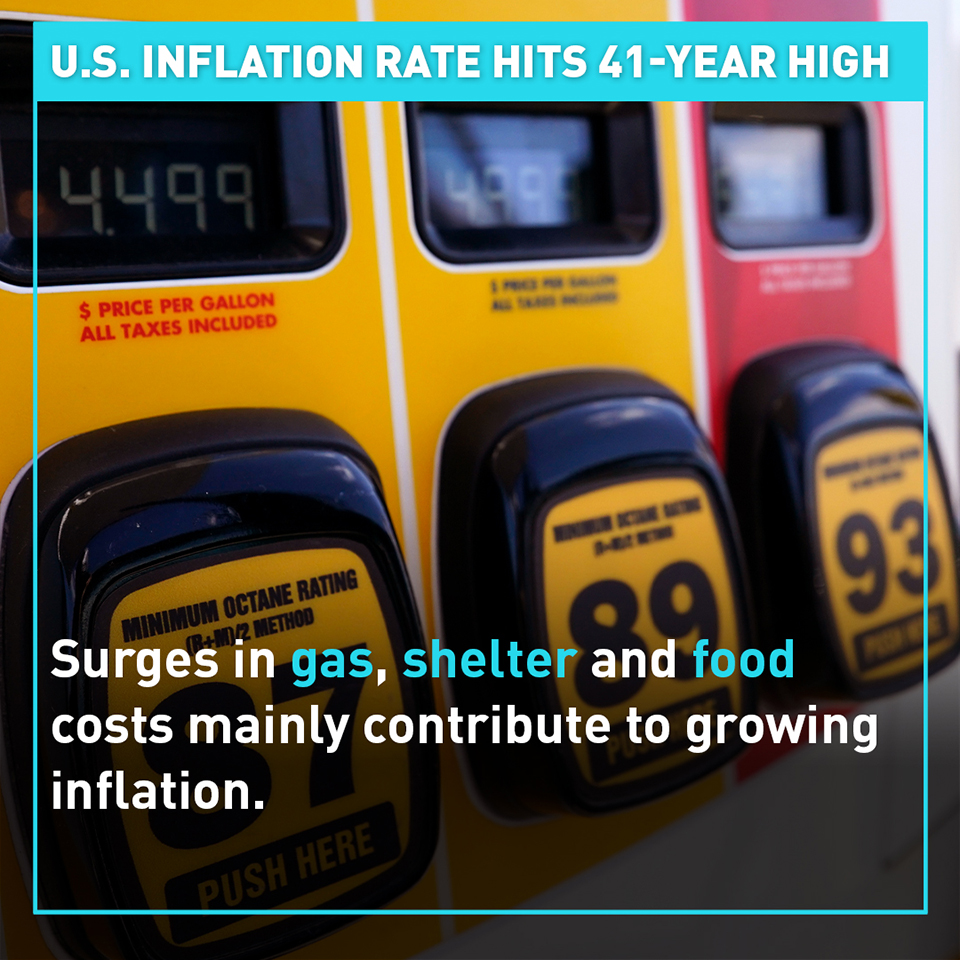 The rising costs of gas, housing and food are the largest contributors to the higher inflation, the U.S. Labor Department reported on Tuesday.

The gasoline prices, which jumped by 18.3 percent in March month-over-month and 48 percent year-over-year, accounted for more than half the increase in the consumer prices.

Western sanctions have restricted Russia's ability to sell energy since the start of the military conflict in Ukraine in February.

American families are making difficult decisions on where to spend their money.

"Every individual has their own rate of inflation," Catherine D' Amato, president and chief executive officer of the Greater Boston Food Bank said. "If you have to put gas in your car, or pay for items for your children, or clothing, or your utility bills, or your rent, then you're going to take away from food money." The tradeoffs could also worsen food insecurity. 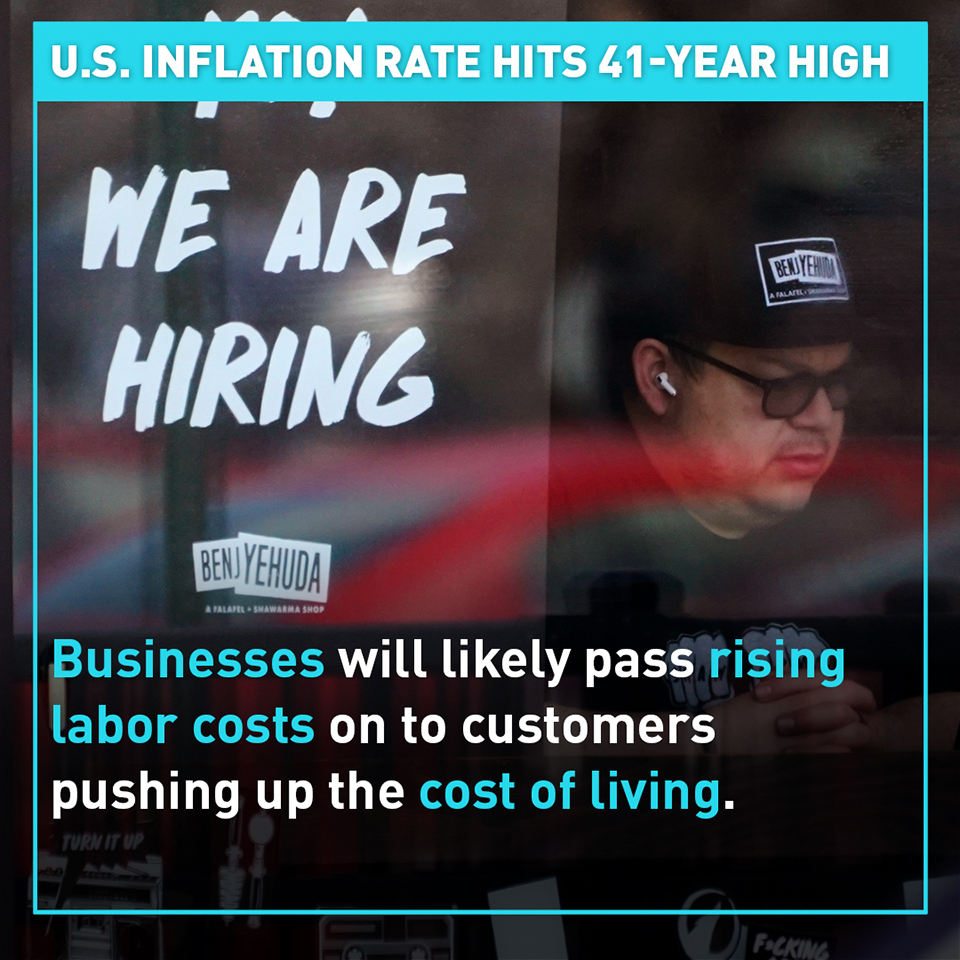 As prices increase, workers may look for higher paying jobs to keep pace with inflation. That could lead employers to pass along higher labor costs to consumers by rising their prices for goods and services.

To fight inflation, the U.S. Federal Reserve raised its benchmark rate a quarter-point in March and penciled in six more increases by the year end. The rising interest rates will raise the cost of borrowing or investing, and slow down the spending of households and businesses.

Both economists and investors are worried about the alarmingly high inflation, and the aggressive move by the Federal Reserve will increase the risk of a U.S. recession. 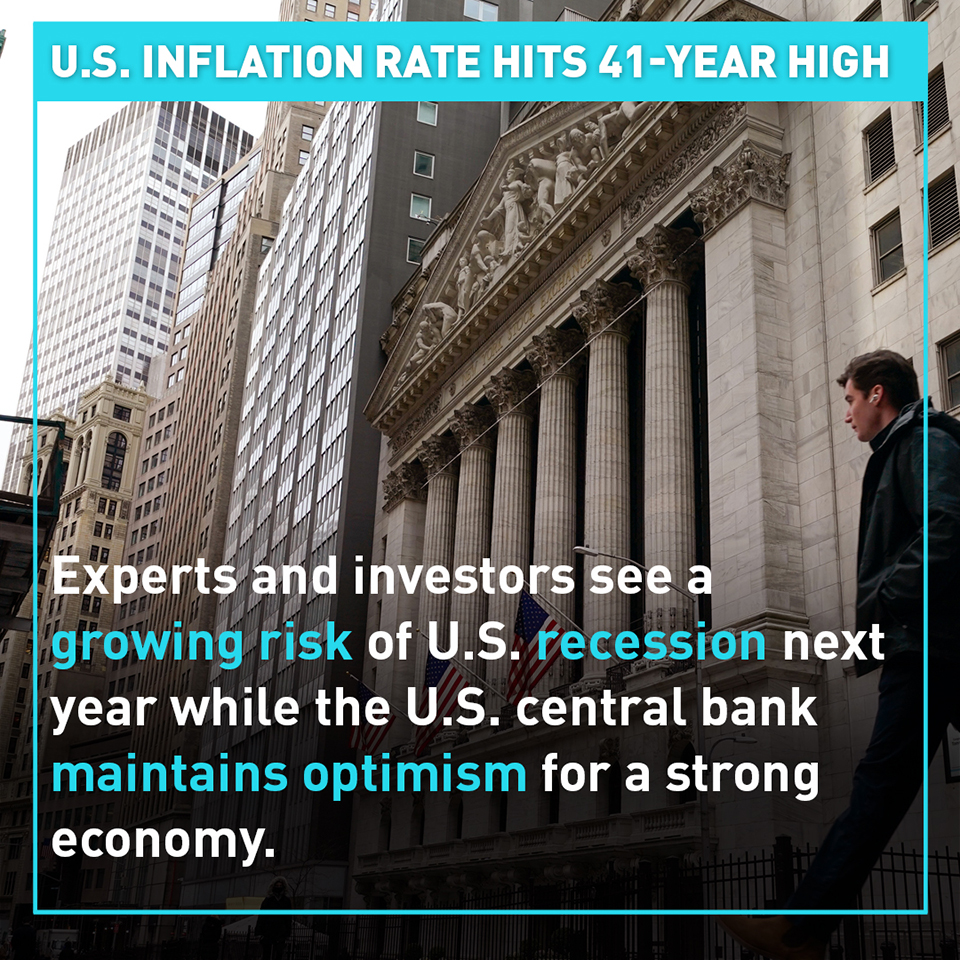 "Recession in the next couple of years is clearly more likely than not. … We have never had a moment in the United States when inflation was above 4 (percent) and unemployment was below 4 (percent) and we didn't have a recession within the next two years," said Larry Summers, former U.S. Treasury Secretary and Harvard professor, according to Bloomberg TV. He also said the Fed will have to be both skillful and "lucky" to avoid it.

Gary Pzegeo, the head of fixed income at CIBC's U.S. private wealth division, also said that high inflation "acts as a tax" and it will hurt people's wealth and "set the stage for a recession."

Economists surveyed by the Wall Street Journal this month see a rising risk of the U.S. economy in recession sometime in the next 12 months at 28 percent, up from 18 percent in January and just 13 percent a year ago.

48 percent of investors expect the U.S. economy will enter recession next year. Another 21 percent expect the downturn to happen in 2024, while 15 percent of the 525 respondents expect the recession to come as early as this year, according to a Bloomberg Markets Live survey conducted between March 29 and April 1.

However, the Fed Chair Jerome Powell has maintained optimism the Fed has the ability to fight inflation without crushing the economy.

"The probability of a recession in the next year is not particularly elevated," Powell told reporters during the Fed's March meeting, citing the strong labor market, solid payroll growth and strong business and household balance sheets. "All signs are that this is a strong economy, and one that will be able to flourish in the face of less accommodative monetary policy."