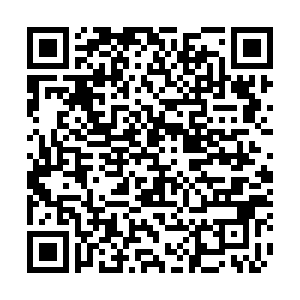 A man in New York has been charged with hate crimes after two Sikh men were attacked this week in Queens.
Last week, another Sikh man was attacked in the same neighborhood.

The neighborhood is known as Little Punjab because of its Sikh and Indian immigrant population, but it's not the only area to experience hate crimes against Asians and Asian Americans within recent months.

In February, seven Asian American women were attacked in Manhattan. Steven Zajonc has been charged with hate crimes, assault and harassment for the attacks, which police say all happened within the span of a single hour.

Anti-Asian hate crimes across the United States jumped 339 percent last year compared to 2020, according to data published by the Center for the Study of Hate and Extremism.

The research found major cities such as New York, San Francisco, and Los Angeles surpassed their record numbers reached in 2020.

Experts say more awareness about the issue and tools to report hate crimes is contributing to the rise in numbers, as more people report crimes.

But these crimes are also exposing mental health concerns and economic loss related to the racial prejudice, according to a report from the Institute for Asian American Studies at the University of Massachusetts Boston. Anti-Asian incidents have increased throughout the COVID-19 pandemic with anti-Asian rhetoric from politicians, verbal harassment in public, physical attacks, and people avoiding Asian businesses. Many Asian-owned businesses and communities across the U.S. have experienced shop closures, lay-offs and fewer work hours because of a drop in business.

From the start of the pandemic in March 2020 through the end of last year, Stop AAPI Hate, a coalition that tracks and responds to hate crimes, recorded more than 10,000 anti-Asian incidents nationwide.

Breaking down the incidents, the coalition says 63% involved verbal harassment. Physical assaults accounted for 16.2% of incidents. And among all Asian groups, Chinese Americans reported the most hate crimes, 42.8% of all incidents.

Experts and community members note there has been a rise in community organizing and advocacy, along with attempts to make legislative changes, following the rise in anti-Asian sentiment.

For example, the Michigan legislature has adopted resolutions condemning anti-Asian violence and rhetoric. Democratic State Senator Stephanie Chang has also proposed a bill to teach Asian American and Pacific Islander history to all K-12 students in Michigan, along with the histories of other minority groups.

On the national level, President Joe Biden signed the COVID-19 Hate Crimes Act into law last May. With a special emphasis on countering anti-Asian violence, it aims to make reporting of hate crimes more accessible and boosts resources at the state and local levels.

But as violence against Asian-American communities continues, community leaders stress the need for continued activism to hold perpetrators to account and reverse the trajectory of hate.