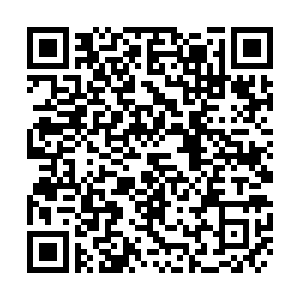 On April 29, 2022, Ambassador Qin Gang published an article entitled "A Journey to the Heartland and to My Heart" on The Des Moines Register, the most influential newspaper in the State of Iowa of the United States. The full text is as follows:

As I conclude my first ever visit to Illinois, Iowa and Minnesota and return to Washington, my heart remains in the vast American Heartland. I came with friendship and cooperation in my heart, and I take back even more of it, plus many days of fond memories.

I have been touched by the stories of win-win cooperation. Agriculture took a major part of my visit. At the Kimberley farm, I promoted American beef and bacon on live-stream and tried my hand at driving a John Deere crawler tractor. At the Syngenta parent seed lab, my team and I joined the workers in selecting seeds and learned about their market in China. At the Zoetis plant in Charles City, we were informed that most of the plant's animal vaccine products are exported to the Chinese market. During the lunch we had with workers at the Smithfield processing plant in Denison, we were delighted to know that the world's largest pork producer has created thousands more American jobs since its acquisition by a Chinese company. We were also at Marquis Energy to discuss how to restore the company's export of ethanol fuel and DDG to China. The journey to the Heartland has afforded the entire Chinese delegation a panoramic understanding of the whole industrial chain of America's agriculture, from which we see that American farmers and agricultural companies need China, benefit from China, and look forward to further cooperation with China. China and the United States are natural partners for agricultural trade. With the Chinese market wide open, the two sides have broad space for further agricultural cooperation, and this is a call to action to create conditions for two-way, normal agricultural trade and lift the additional tariffs and other obstacles. On top of that, our cooperation should not just be about "buy and sell"; it can go deep into agricultural technology, climate action and sustainable development. Economic and trade ties, especially those in agriculture, are the ballast of China-US relations, and the American business community and farmers are the backbone of a stable China-US relationship — this trip has deepened my belief in this basic fact.

I have been touched by the stories of friendship passed through generations. My colleagues and I visited the Sino-US Friendship House in Muscatine, where President Xi Jinping stayed during his visit to Iowa in 1985, and we met with old friends Sarah Lande and Luca Berrone who twice welcomed President Xi. Their recollection of the time-honored friendship was heart-stirring. There we also attended the signing ceremony for Chinese enterprises to sponsor local Iowa students to study in China. We could tell that the seeds of friendship first sown by President Xi have taken root, sprouted, blossomed and borne fruit in Iowa. We could also see from this experience that the bond between China and the United States is unbreakable, and such bond is forged by all those people who champion the cause of China-US friendship and cooperation.

I have been touched by the common qualities of Chinese and Americans. Every place we visited, we felt keenly how nice and sincere, how friendly and hard-working the Americans are, and we were often overwhelmed by their hospitality. One night, we reached Amana at 10 pm after a long drive, and were so moved to know that the local museum had remained open just for us. Doug and Jody Fairbanks have raised as many as over 400 cows on their dairy farm, for 20 years without letup. Smithfield workers begin their workday at 6 am, and in winter, they literally work "from dark to dark". Chinese and Americans have so much in common — they are both kind and genuine, and they both do all they can to earn a better life for themselves and their families. These shared qualities have made our two nations who we are today, and they are why we have natural affinity for each other.

I have been touched by young people's respect and appreciation for the other country and its culture. At the University of Chicago and the Iowa State University, we saw Chinese students pursue their study alongside their American friends, a telling example of China-US communication and cooperation. At Yinghua Academy, a Chinese immersion charter school in Minnesota, we watched its K-8 students sing Chinese songs, play Chinese musical instruments, recite ancient Chinese poems, and recount their stories of learning the Chinese language. These young people are like the seedlings of China-US friendship, who will one day grow up, take over this great cause and carry it forward into the future.

I leave the Heartland with my heart filled with friendship and cooperation, and more importantly, filled with confidence in the future of China-US relations. Just as the mighty Mississippi River cannot be stopped by any undercurrent in its course to the sea, I am convinced that the China-US relationship will also keep surging ahead, towards a better tomorrow. American Heartland, until we meet again!