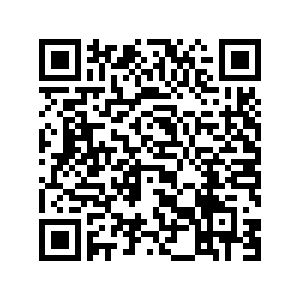 There's big trouble just over the hills in northeast New Mexico. Hot, dry and windy conditions and a rapidly spreading wildfire have put this house in jeopardy.

"We lost one place and now if I lose this place, there’s not going to be nothing," says a local resident.

Not going to be nothing, he says. Fires are an annual fact of life in the U.S. West. Particularly, in recent years, fires that quickly explode in size.

"These are the fires that create the biggest problems in terms of property damage and economic losses and infrastructure damage and loss of lives. These are the kinds of fires where there’s almost nothing that can be done other than get out of the way."

Like this one, Colorado's second-largest ever, in 2020. Using satellite data from the past two decades, Coop and his colleagues found that the top 10 percent of all extreme-spread fires accounted for 58 percent of total area burned. Their computer models also found that if global warming continues at its present rate.

"We see basically that these kinds of events become twice as common. The annual area burned more than doubles. It’s not rocket science to say that it's a lot easier for things to burn when it's warm and dry, that’s exactly the direction things are headed," Coop says.

A United Nations report also warns about a future of extraordinary landscape fires globally.  While still more research finds fires in the U.S. are four times larger and three times more frequent since  the year 2000.

"We know that this impact is happening right now and it’s continuing to happen to communities across the West," says Max Cook, a Colorado University Boulder Geography PhD Student.

"Construction material and zoning codes do matter in terms of flammability or the resistance to fire of communities."

Coop says cutting greenhouse gas emissions is an obvious answer to this megafire problem but he hopes his new research helps spur action on the local level.

"People sometimes need a little bit of a wakeup call but once they get woken up, they are willing to do what has to be done and they're more than happy to get out there and do good work. There you go, there’s a little bit of optimism in there," says Coop.

Coop grew up in New Mexico. This may not qualify as an extreme event but he suspects those fires are just around the corner in what's already a bone-dry year in this part of the country.