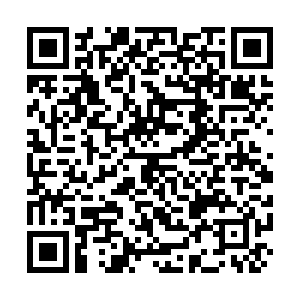 Chinese Ambassador to the U.S. Qin Gang gave remarks at the Reception of Committee of 100, He discussed three questions related to the role of Chinese Americans in China-U.S. relations. Here's the full text:

Friends of the Committee of 100,

It is my great pleasure to join you at this reception. Members of the Committee of 100 are the cream of society. You have made remarkable achievements with your ingenuity and hard work, and you have become outstanding representatives of Chinese Americans. Since its establishment over 30 years ago, the Committee of 100 has helped Chinese Americans integrate into American society and improve their social status. It has got many great things done for China-U.S. friendship and cooperation. Let me pay high tribute to you here.

As Chinese Ambassador to the U.S., I take it as my mission to implement the common understanding between Chinese and US Presidents, follow the principles of mutual respect, peaceful coexistence, and win-win cooperation, and take China-U.S. relations back to the right track of healthy and stable development. This is for the benefit of the people in both countries and the whole world. Today, I wish to share with you three questions. They are for my C100 friends, and they are also something I have been pondering since assumption of office.

The second question, what should Chinese Americans do to eliminate anti-Chinese and anti-Asian hate? I read through the report released by C100 last year "From Foundations to Frontiers: Chinese American Contributions to the Fabric of America". For nearly 200 years, Chinese Americans have put in blood, sweat and tears to survive and thrive in the U.S., making important contributions to this land. But still, they have suffered from long-term discrimination, which has been compounded by the pandemic in the past two years. Faced with growing racism, Chinese Americans must unite and act, get more engaged in politics, get more integrated into American society, and better protect your legitimate rights and interests.

The Chinese Embassy in the United States will continue to do its best to stop the anti-Asian and anti-Chinese hatred and improve the circumstances of Chinese Americans. I hope that C100 will play a greater role in this process. And I also hope that you can work with me, through various ways, to let Americans have a correct understanding of China, Chinese Americans and China-U.S. relations. Let's work together for the growth of China-U.S. relations, for a harmonious Chinese American community, and for the future of the younger generation!