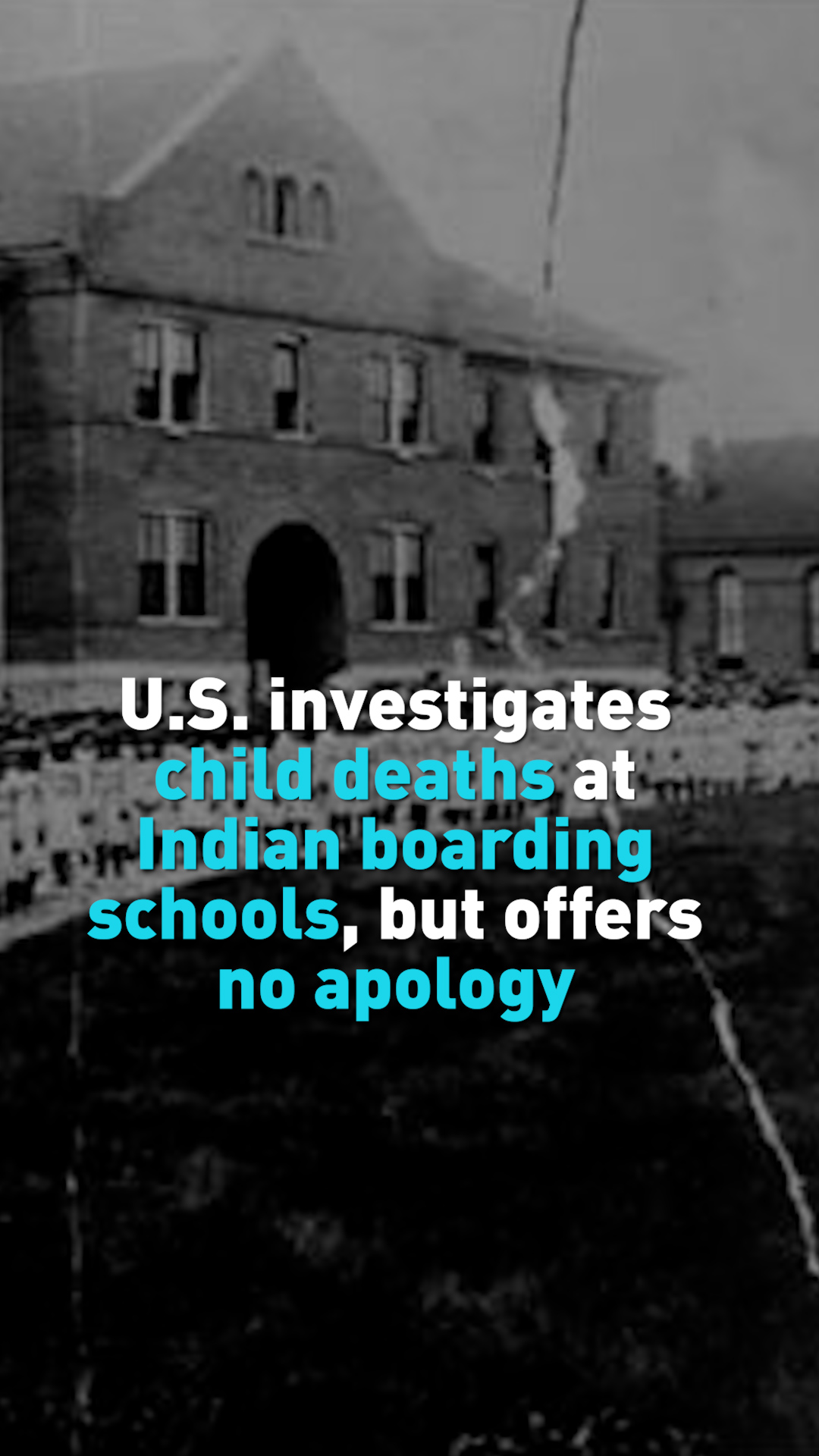 The news was the first part of a federal investigation released Wednesday into the destructive legacy of the American Indian boarding school system.

From 1819 to 1969, the federal government's Indian boarding school system consisted of more than 400 schools across 37 continental U.S. states, 21 schools in Alaska, and seven in Hawaii.

An estimated 20,000 Native American children were sent to these boarding schools by 1900. That number more than tripled by 1925, according to the non-profit National Native American Boarding School Healing Coalition.

The schools were created in the early 1800s. The U.S. government took Native American children from their communities and forced them into the schools, stripped them of their languages and traditions, and trained them to perform military drills, NBC reported.

The schools enforced their rules through extreme measures and violence, including corporal punishment, flogging, withholding food, and slapping, the report found.

The federal investigation also found that outside of the U.S. boarding school system, there were at least 1,000 other federal and non-federal institutions, including Indian day schools, sanitariums, asylums, orphanages, and standalone dormitories that were involved in educating Native Americans, mainly children. The report didn't look into possible abuse at those schools.

Despite acknowledging the harm that the schools had on Indigenous children and families, the federal government stopped short of offering an official apology -- something tribal leaders have requested for decades.

“The consequences of federal Indian boarding school policies—including the intergenerational trauma caused by the family separation and cultural eradication inflicted upon generations of children as young as 4 years old—are heartbreaking and undeniable,” Secretary Haaland said.

On Thursday, the House Subcommittee for Indigenous Peoples of the United States held a hearing on the Indian Boarding School Act and the impact it had separating families and on children that were forced into assimilation at federal boarding schools.