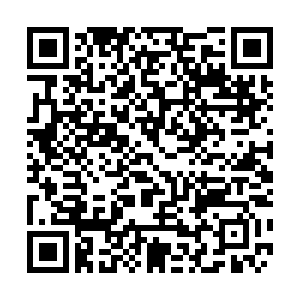 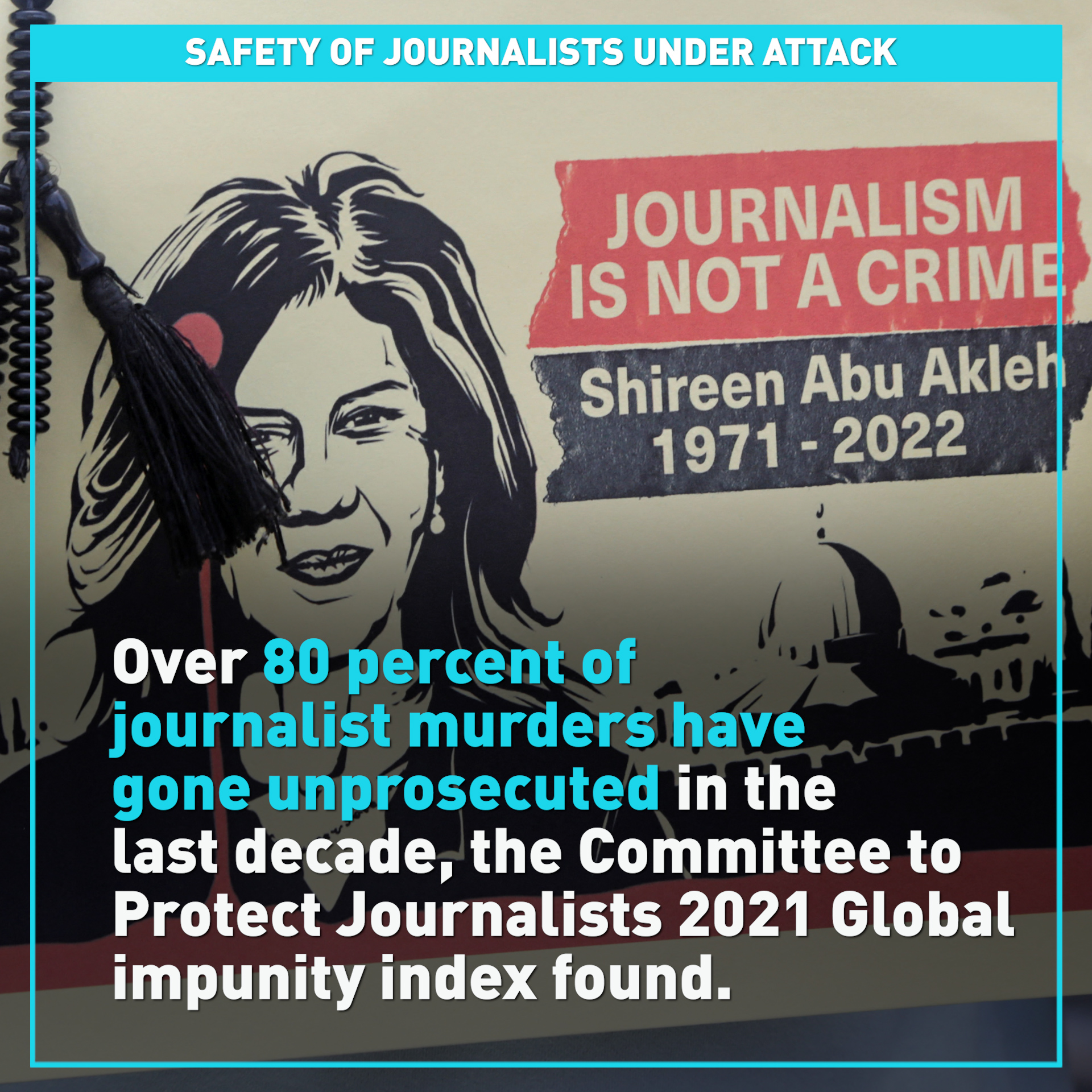 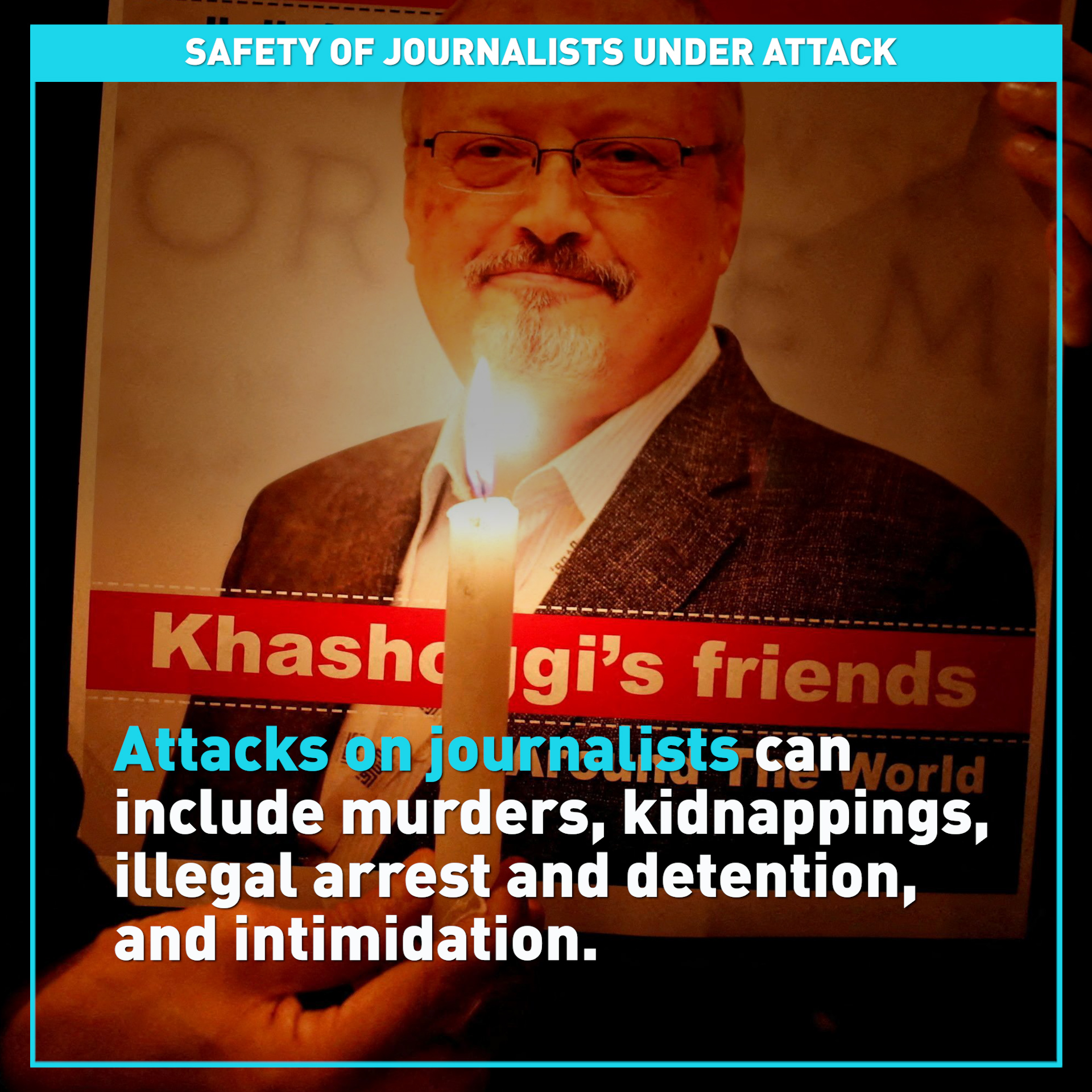 The killing of Palestinian-American journalist Shireen Abu Akleh will not be investigated by Israeli authorities, Israeli media reported Thursday.

The call of Abu Akleh’s family for a transparent probe into her killing joins the voices of the other families of the 26 journalists killed in the field this year as of May 19, according to Reporters Without Borders. It is a call that resonates globally as civilian and professional protections afforded to journalists are increasingly disregarded world wide.

Abu Akleh's killing is “a serious violation of the Geneva Conventions and UN Security Council Resolution 2222 on the protection of journalists,”  Reporters Without Borders said on May 12, a day after the journalist was killed.

She was a U.S. citizen reporting for the Qatar-based news channel Al Jazeera during a military raid in Jenin when she was hit in the back of the neck by a bullet underneath her protective helmet.  She was also wearing bullet-proof vest, clearly labeled with the word “PRESS.”

Despite accounts from witnesses and fellow journalists, and a call from the Biden administration to open a “thorough investigation into her death,” Israel’s Military Police Criminal Investigation Division has declined to do so, saying it believes an investigation that treats Israeli soldiers as suspects would lead to opposition within Israeli society, Israeli newspaper Ha’aretz reported on Thursday.

The Israeli military said they have narrowed down their search in identifying the possible rifle that may have been used to kill Abu Akleh, but said that unless the Palestinian Authority turns over the bullet that killed her for analysis, they can’t be sure which side fired the fatal shot.

The Palestinian Authority has refused to turn over the bullet and are conducting their own investigation, saying they do not trust Israel but will work with any other country, the Times of Israel reported on Thursday. 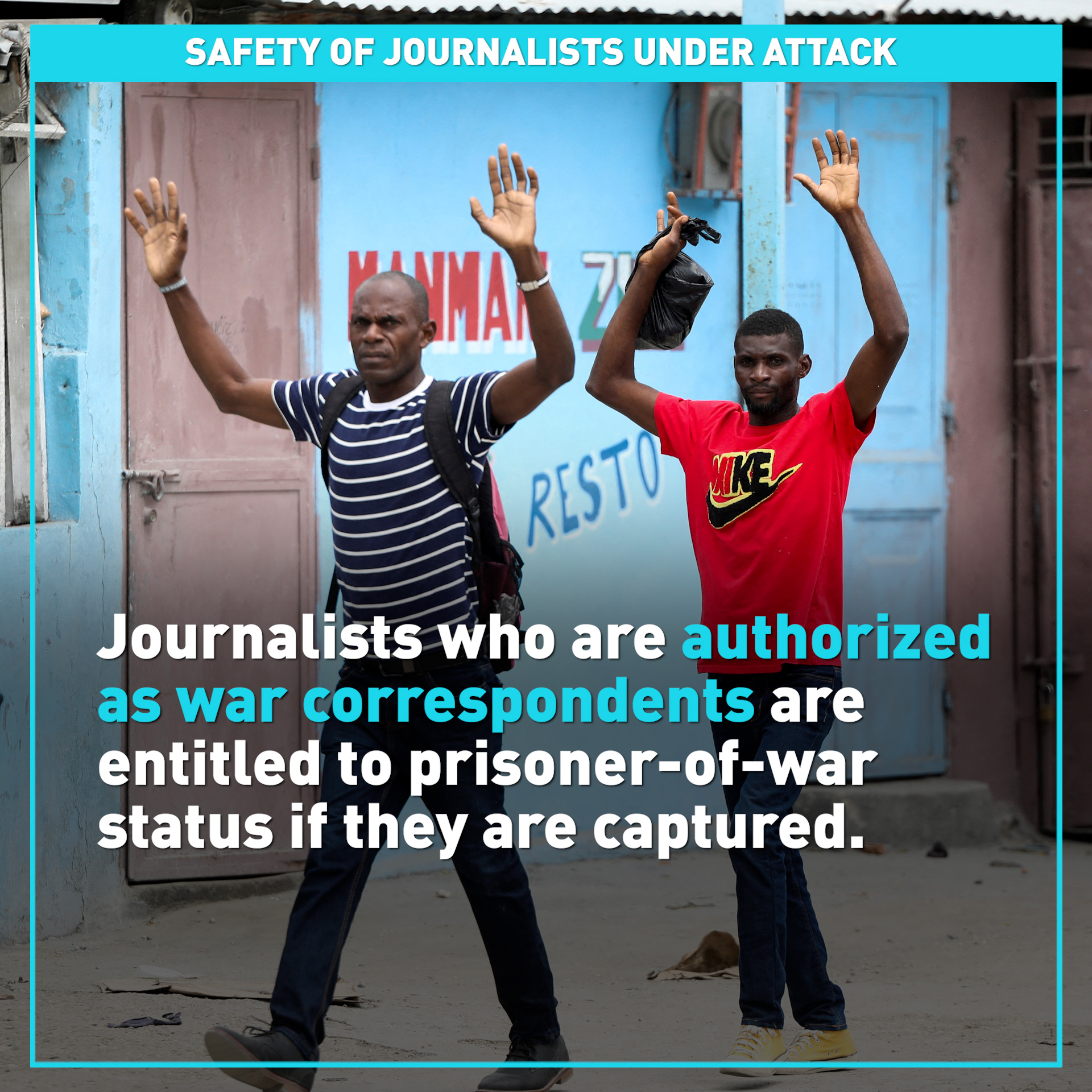 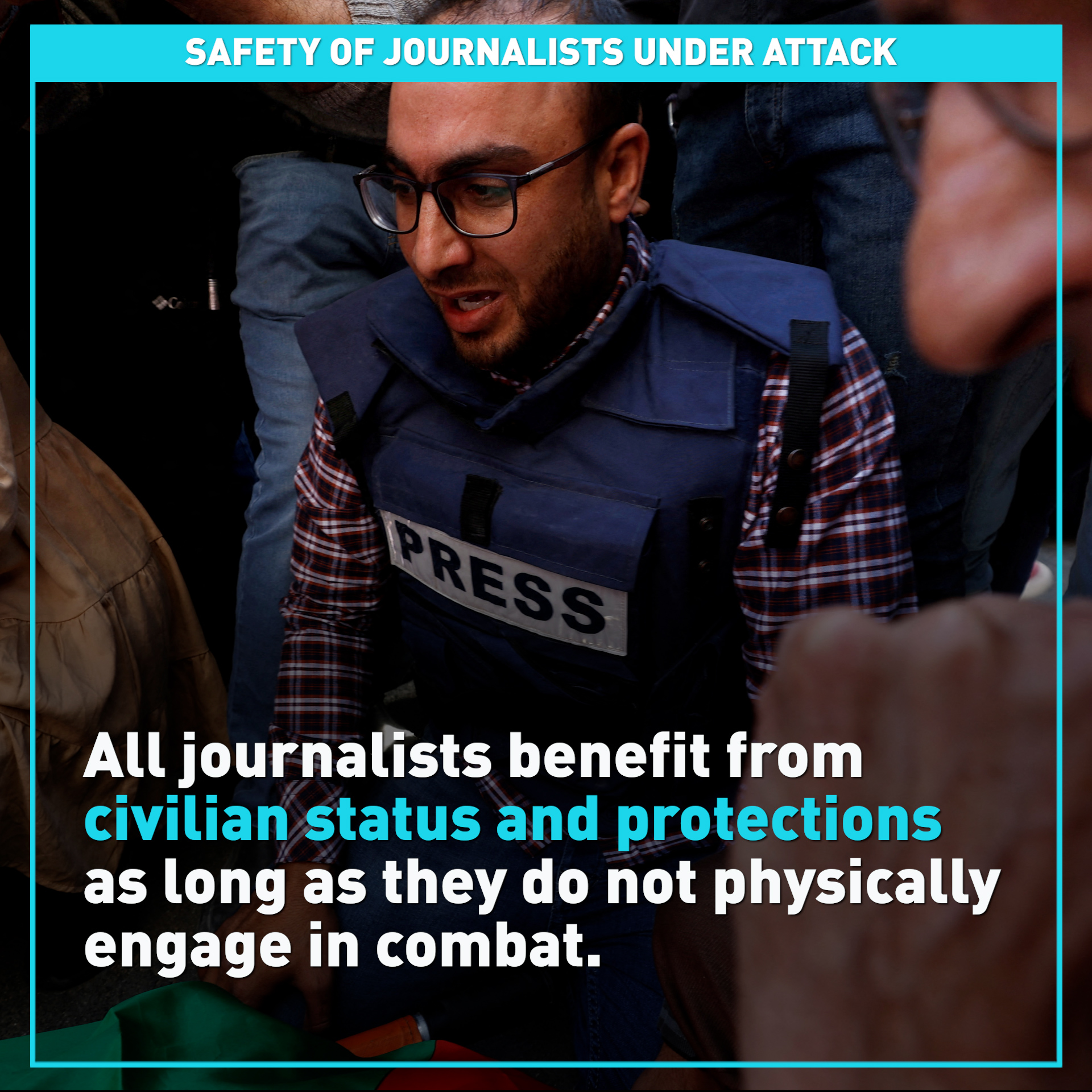 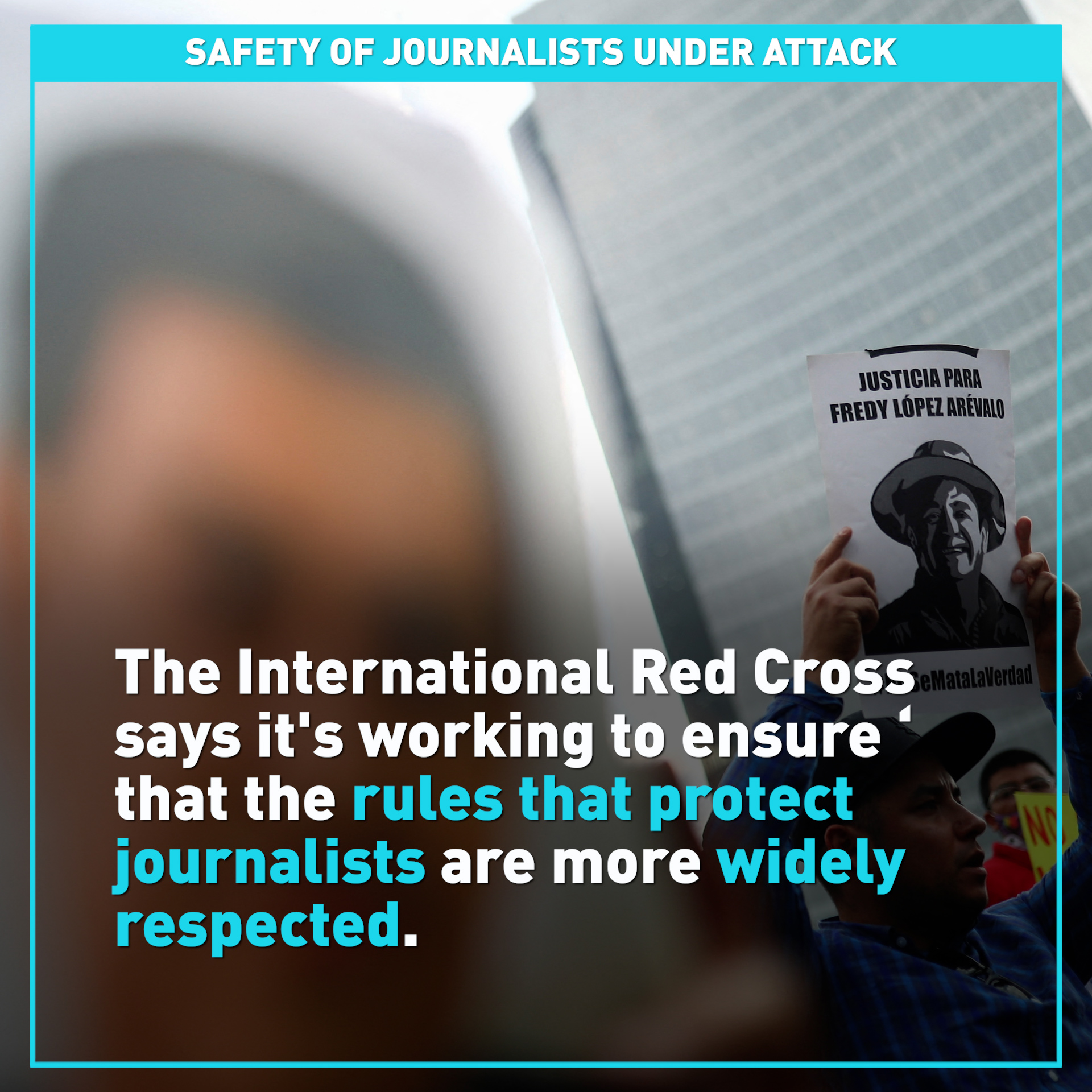 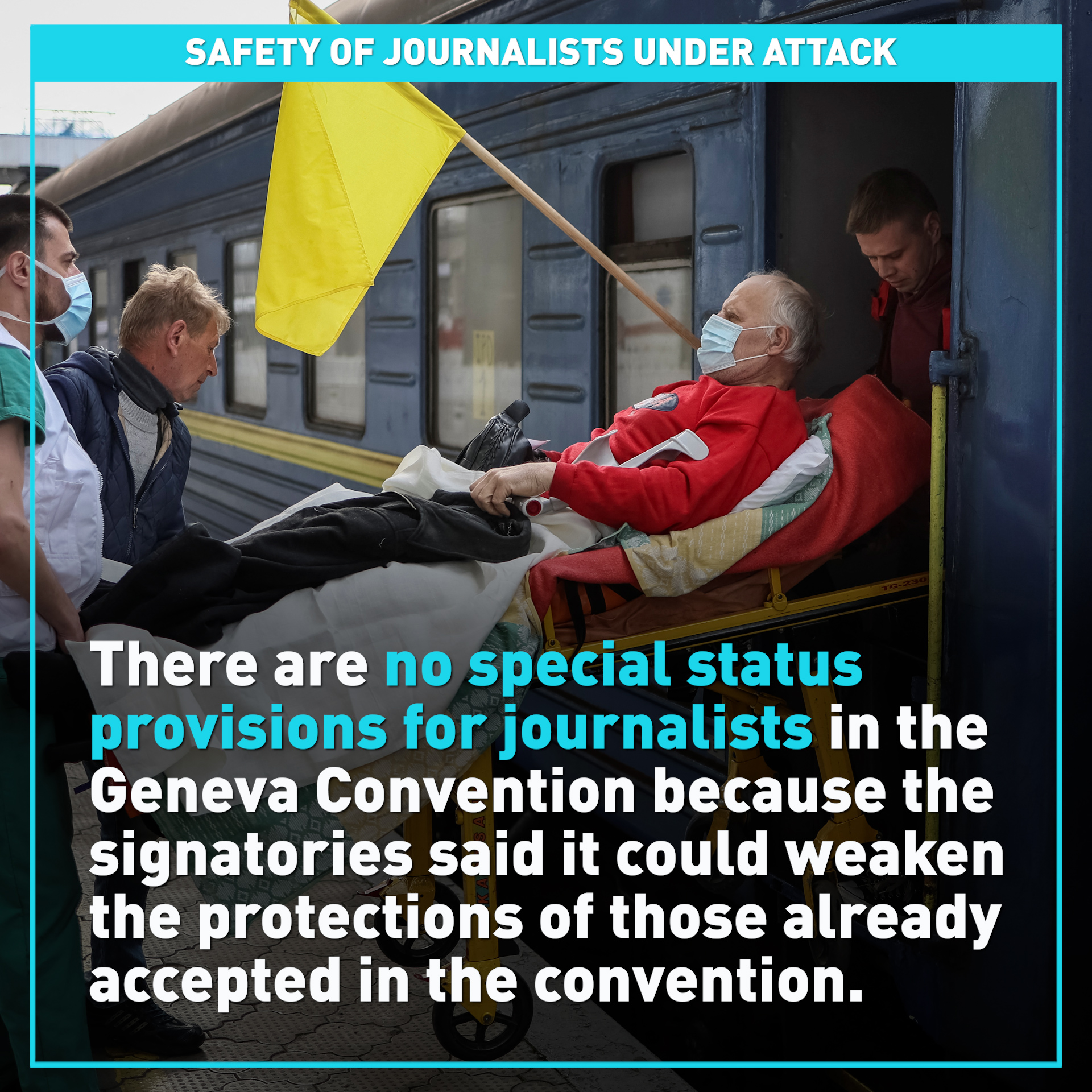 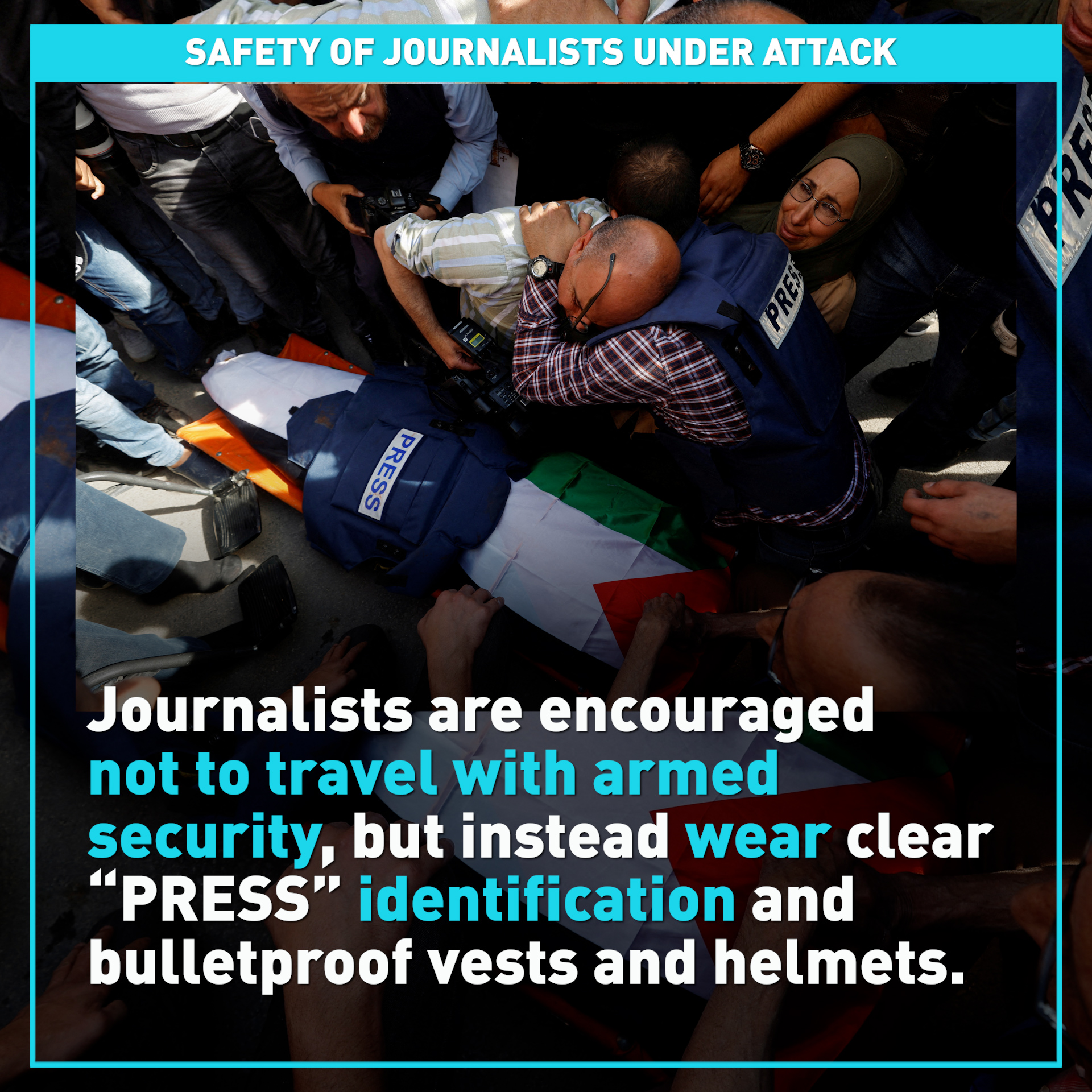 The Committee to Protect Journalists (CPJ) has included Shireen Abu Akleh on its roster of 18 journalists killed so far in 2022 in Mexico, Ukraine, Myanmar, Haiti, India, Israel, Chad, Chile, Israel and the Occupied Palestinian territory.

Reporters without Borders has the number of journalists killed this year at 26, and includes only those journalists whose death was directly linked to their journalistic activity.

Those numbers do not take into account the dozens of journalists targeted or killed outside of an assignment, such as Yessenia Mollinedo and Sheila Johana Garcia shot and killed in their car in Mexico on May 9.

Investigations into killings of journalists often stagnate and fizzle out before justice can be served.

Promoting safety for journalists and combating impunity for those who kill them are focal elements of the UN’s Educational, Scientific and Cultural Organization's (UNESCO) support for press freedom.

On average, one journalist is killed every five days while bringing information to the public, UNESCO says.  Attacks are often perpetrated outside of conflict zones by organized crime groups, militias, security personnel, even local police and government agents. Attacks include murders, kidnappings, illegal arrest and arbitrary detention, harassment and intimidation.

How are journalists protected?

The same humanitarian protections granted to civilians are what primarily protect journalists and their crews from being considered military objectives, even when their work is used for propaganda purposes. Humanitarian law distinguishes between two categories of journalists working in conflict zones: war correspondents accredited to the armed forces, and “independent journalists.”

Authorized war correspondents are entitled to prisoner-of-war status when they are captured, and otherwise benefit from civilian status and protections as long as they do not physically engage in combat.

A special provision on “measures of protection for journalists” in Protocol I to supplement Article 4 of the Third Geneva Convention was established to protect journalists against hostilities taken by a party in a conflict, when they are captured or arrested by that party.

Article 79 ensures that journalists engaged in dangerous professional missions in zones of armed conflict are regarded as civilians, and are subject to the full protections granted to civilians under international humanitarian law.

There are no special status provisions for journalists, as the framers of Protocol I said that “any increase in the number of persons with a special status, necessarily accompanied by an increase in protective signs, tends to weaken the protective value of each protected status already accepted.” 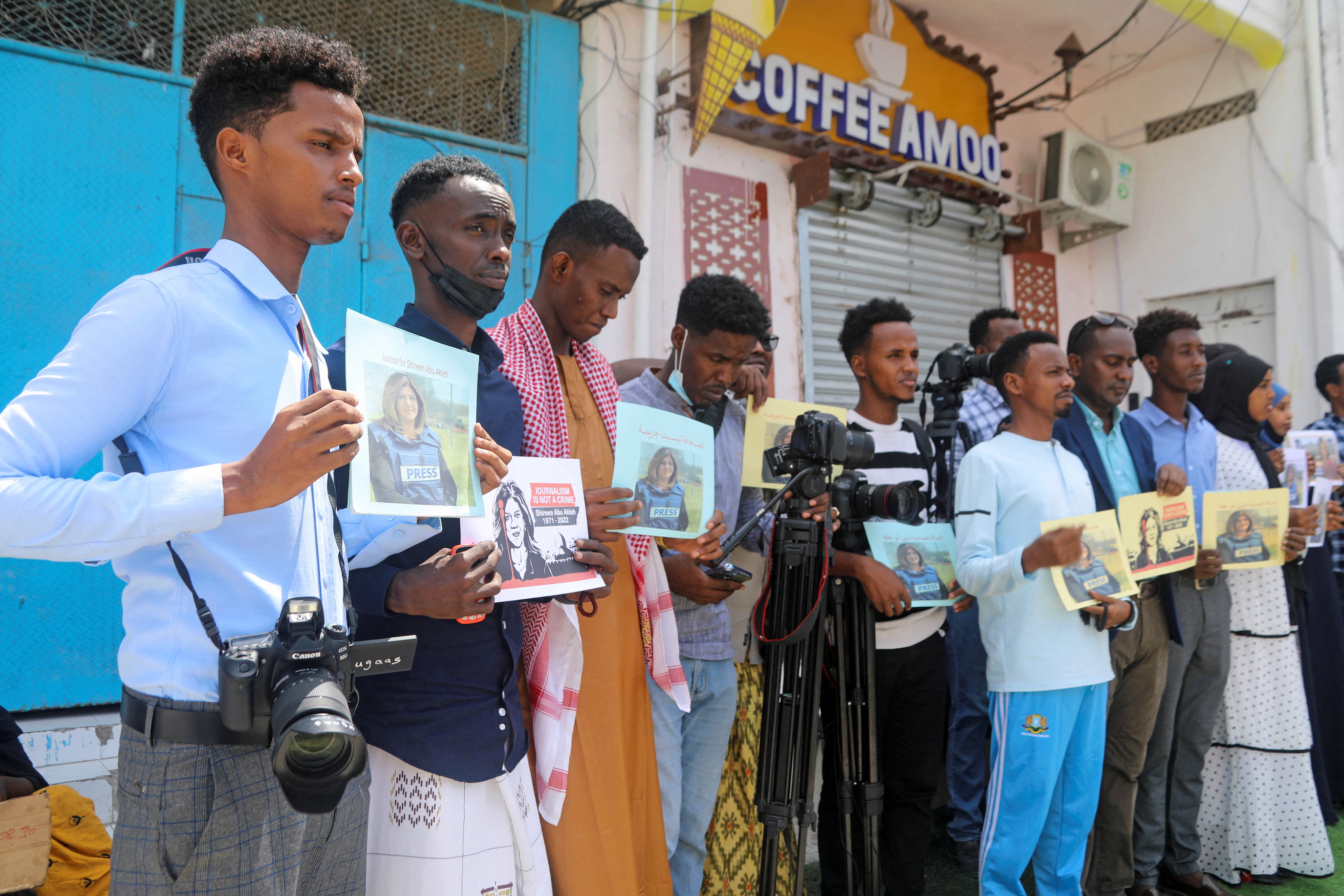 Despite the inherent dangers of the profession, journalists are encouraged not to travel with armed security personnel or bodyguards, but instead try to protect themselves with clear “PRESS” identification and bulletproof vests and helmets.

“Employing private security firms that do not hesitate to use their firearms just increases the confusion between reporters and combatants,” Reporters Without Borders secretary-general Robert Ménard told the International Red Cross. “Such a practice sets a dangerous precedent that could jeopardize all other journalists covering (this) war as well as others in the future.”

Reporters Without Borders has joined Mexico’s State Commission for Attention To and Protection of Journalists in searching for a motive for the murders of journalists Yessenia Mollinedo, director of the news portal El Veraz, and the agency’s reporter Sheila Johana Garcia, shot in their car outside a convenience store in Cosoleacaque on May 9.

The two were the tenth and eleventh journalists killed this year in Mexico, now the most dangerous country for media workers outside of active war zones.

In seeking justice for the murdered journalists, “all lines of investigation will be exhausted, including their journalistic activity,” Veracruz, Mexico, Attorney General Veronica Hernandez said this week. 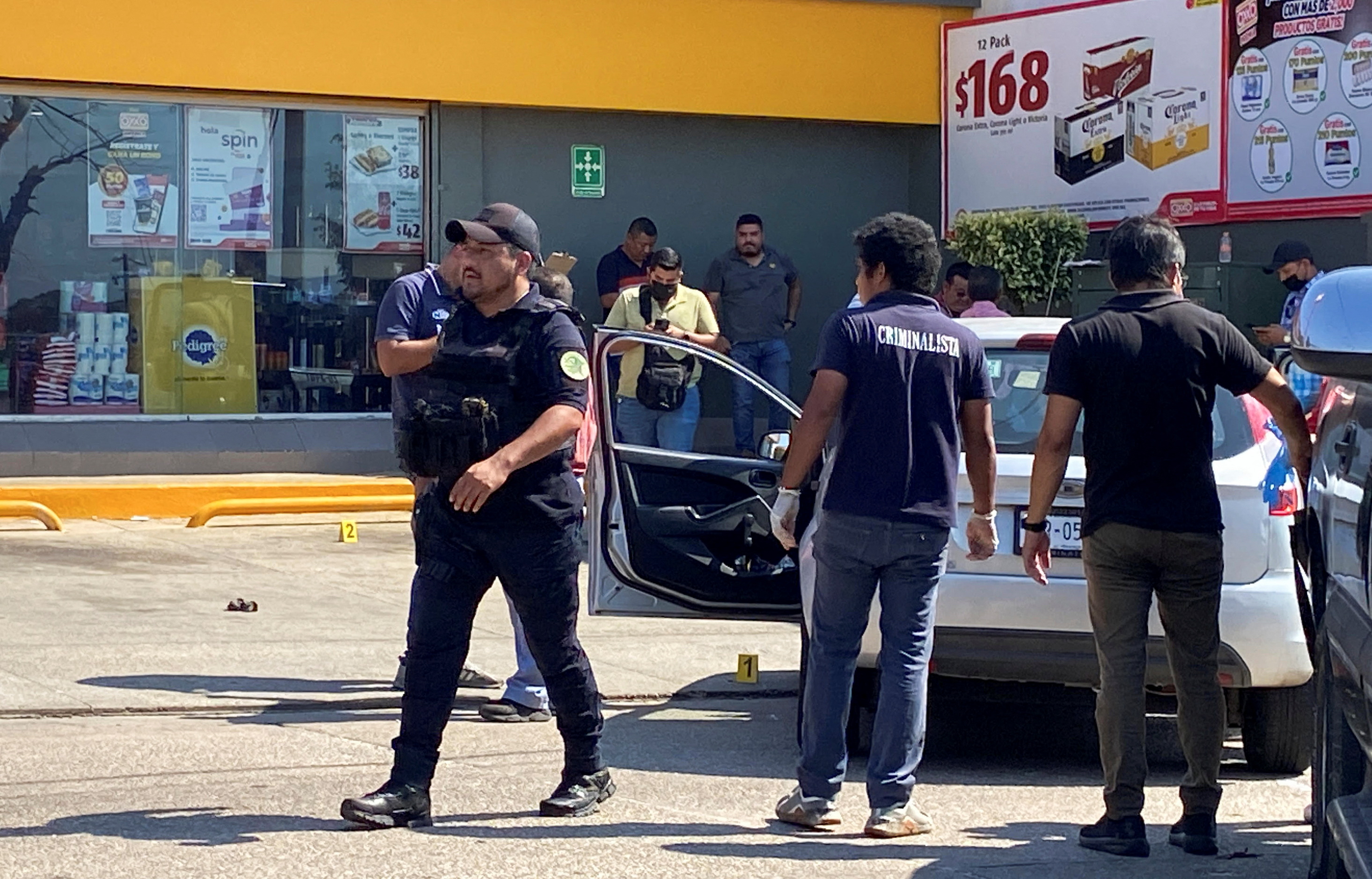 The crime scene where journalists Yessenia Mollinedo and Sheila Garcia were killed by unidentified gunmen, in Veracruz, Mexico.

The crime scene where journalists Yessenia Mollinedo and Sheila Garcia were killed by unidentified gunmen, in Veracruz, Mexico.

Is there justice after journalists are attacked?

Over 80 percent of journalist murders have gone unprosecuted in the last decade, the Committee to Protect Journalists 2021 Global impunity index found. Political instability, conflict, and weak judicial infrastructure are all cited as contributors to a cycle of violence against journalists and a lack of justice for them when perpetrators are rarely found or held accountable.

In 2019, a court in Saudi Arabia sentenced five defendants to death in the 2018 murder of journalist Jamal Khashoggi inside the Saudi consulate in Istanbul, Turkey. The men remained anonymous when prosecuted in Saudi Arabia,, and were considered by many to have been merely ‘foot soldiers’ in the strangling and dismemberment of Khashoggi, a Saudi dissident and contributing Washington Post columnist.

The convicted men were eventually legally pardoned after being forgiven by Khashoggi’s children.

"The Khashoggi verdict is exactly what impunity looks like," Agnes Callamard the UN special rapporteur on extrajudicial, summary wrote. "The masterminds not only walk free, they have barely been touched by the investigation and the trial."

International compliance with existing humanitarian laws must be implemented by all governments, rights groups argue, and people and entities that disregard the rules must be punished domestically for murder or internationally when war crimes are found to have been committed. A report in Israel's daily newspaper Ha’aretz said that there was “no suspicion” of a criminal offense in the death of Shireen Abu Akleh, and that Israeli soldiers said they believed they were firing at a Palestinian fighter when questioned. Al Jazeera reports that its journalists at the scene said there was no shooting that occurred from the area Abu Akleh was reporting from.

International organizations like the Red Cross and the United Nations work to bring attention to the urgent need for accountability and prosecution in attacks against the journalists putting their lives on the line every day to report on contentious topics or from conflict zones.

Other organizations like One Free Press Coalition, conceived during the Media Council at the World Economic Forum and made up of high-ranking editors from the world’s top media outlets, highlight each month the “10 Most Urgent” cases of injustices against journalists worldwide, yet journalists continue to be killed in the field.

Stronger global efforts to protect those working in the line of fire to bring truth to the public are continuously called for by governments and families, but the adherence of all parties to international and domestic laws, and prosecution of those who break them, remains the crucial piece of the puzzle in keeping journalists safe internationally and the press free.