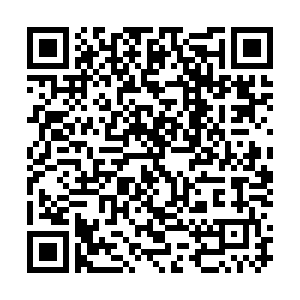 Chinese Ambassador to the U.S. Qin Gang discussed China-U.S. relations at the Asia Society Texas Center during his trip to Houston in the U.S. state of Texas. He hoped that the two countries can work together to seek a pathway for peaceful coexistence. Here's the full text of his speech.

This is my first visit to Houston since I became Chinese Ambassador to the U.S., and I'm filled with mixed feelings. Houston has a special place in China-U.S. relations. The first Chinese consulate general in the U.S. was established here, and the city witnessed the growing friendship and booming cooperation between the two countries since then. On the other hand, it also went through the darkest moment when the consulate general was shut down in July 2020. Many friends in both countries, including Houston and Texas, were very distressed about it.

The China-U.S. relationship, one of the most important bilateral relationships in the world, is facing complex and severe challenges like never before. Our two countries are in a new round of mutual exploration, understanding and adaptation, which concerns both the wellbeings of the 1.7 billion Chinese and American people and world peace and prosperity.

Secretary Antony Blinken delivered a China policy speech last week. The core message of his speech is that the United States will harness its national strengths to conduct comprehensive and intense strategic competition with China. The speech shows America's serious misunderstanding and misjudgment of the time and of China, and highlights our two countries' differences on some major issues.

This year marks the 50th anniversary of President Richard Nixon's visit to China. 50 years ago when our two countries were still in estrangement, we had far greater differences than today. But the elder generation of Chinese and American leaders displayed extraordinary wisdom and vision, and had philosophical discussions on the fundamental issues, breaking the ice and finding the right direction for our relations. Today, we need to look back, follow their example, and provide answers to some fundamental questions.

First, what kind of world are we living in?

Globalization and the development of science and technology have turned our planet into a close-knit community, where countries have intertwined interests and a shared future. Facing various global challenges, no country can stay immune or handle them alone. The U.S. side has been talking about the "rules-based international order". So we have to ask, do the "rules" refer to the house rules of the United States, or do they mean the international system with the United Nations as the core, the international order based on international law, and the basic norms governing international relations based on the purposes and principles of the UN Charter? If they refer to the latter, China and most countries in the world absolutely embrace them, and we look to the U.S. for earnest implementation. However, aligning with a minority of countries to contain others, drawing ideological lines, playing up "democracy versus authoritarianism", and imposing one's own values and will on others — these practices will only make the world deeply polarized and chaotic. There should be no hot wars, nor should there be a return to the Cold War. Hegemonism, bloc politics or Cold War mentality should have no place in today's world.

Second, how can China and the United States, as two major countries, make themselves better and contribute to world peace and prosperity?

The first and foremost task for both countries is to run their own affairs well and become better selves. Under the leadership of the Communist Party of China, the 1.4 billion Chinese people are working hard as one for a better life. A better life for the people is our goal, and to achieve it, we are modernizing our national governance system and capabilities, deepening reform, further opening up, and developing friendship and constructive cooperation with other countries. The Belt and Road Initiative, the Global Development Initiative and the Global Security Initiative put forward by President Xi Jinping have been welcomed and supported worldwide. In the final analysis, our development is to establish both ourselves and others, not to outperform, outplace or outcompete anyone else. China and the U.S. do compete in some areas. But such competition should be fair and healthy, and it should make both sides better and stronger. It should not be a zero-sum game and the winner takes all. China stands ready for fair competition on how to run their country better and deliver a safe and happy life to their people, how to further empower global growth, how to provide more public goods for global efforts to tackle climate change and the pandemic, and how to produce better solutions to regional hotspots. It should not be about how to obstruct the other side's development or interfere in other countries' internal affairs, how to decouple and cut off supplies and how to build small and exclusionary blocs.  This is just like a golf player who only wants to improve his own game, not to beat other players.

We welcome that America invests in its strength and sharpens its competitive edge, and we wish you success. At the same time, we hope that America will be a good golf player like Tiger woods, not a boxer like Mike Tyson. We hope that it will not take containing and suppressing other countries as its goal, because that will only lead itself astray.

Third, what is the right way for China and the United States to get along?

Simply put, it is mutual respect, peaceful coexistence and win-win cooperation. Integrated interests and mutual benefit represent the mainstream of China-U.S. relations, and cooperation is the only right choice for both sides. Defining China-U.S. relations as comprehensive and intense competition does not accord with facts, and is not what the people want. It will only create confrontation and even conflict. I have been to many American cities and states, and wherever I go, I can see the benefits of China-U.S. cooperation for the people, I can hear the call for healthy development of China-U.S. relations, and I can feel the huge potential of our ties. I hope that American decision-makers within the Beltway can also heed and follow the two peoples' call.

China-U.S. relations should be based on rationality and facts, not lies, misjudgment and disinformation. Differences do not warrant demonization or stigmatization, nor should they justify hostility or confrontation. We should face up to our differences and put them under control, and more importantly, we should resolve and rise above them to expand our common ground. We should not only deal with the crises when they happen, and more importantly, we should prevent them from happening in the first place.

Since last year, President Xi Jinping and President Joe Biden have had several phone calls and video calls, and they have reached important principled agreement on China-U.S. relations. President Biden clearly stated that the U.S. does not seek to have a new Cold War with China, to change China's system, or to revitalize alliances against China, and that the U.S. does not support "Taiwan independence" or intend to seek a conflict with China. President Biden's commitments must be earnestly followed, and this is the key to taking China-U.S. relations out of the current difficulties.

The Taiwan question is the most important, sensitive and fundamental issue in China-U.S. relations, and the one-China principle is the bedrock of our ties. Taiwan was part of China as early as almost 1,800 years ago. That was more than 1,500 years earlier than the independence of the United States. The U.S. should abide by its commitments made on the Taiwan question in the three Sino-U.S. joint communiques. It should not keep hollowing out the one-China principle, support and connive at "Taiwan independence" separatist forces, or claim that Taiwan's status is undetermined, because these moves will only create tension across the Taiwan Strait and endanger regional peace and stability.

We have noted that Secretary Blinken said, the United States is not looking for conflict or a new Cold War, and is determined to avoid both. It does not seek to block China from its role as a major power, nor to stop China from growing its economy or advancing the interests of its people. The U.S. will increase direct communication and engage constructively with China. It welcomes Chinese students and will not mistreat Chinese nationals. The Chinese side takes these remarks very seriously, and we believe that actions speak louder than words, and words must be matched by actions. We hope that the U.S. side will take real actions together with China and make real efforts to ensure the stability and growth of China-U.S. relations.

The China-U.S. relationship is at a critical crossroads. Its future depends on the two sides making the right choice. The Asia Society's purpose is to navigate shared futures. I look forward to working with all of you to lead the ship of China-U.S. relations through the ongoing storm and dangerous shoals, and back to the right track of healthy and stable development as soon as possible.