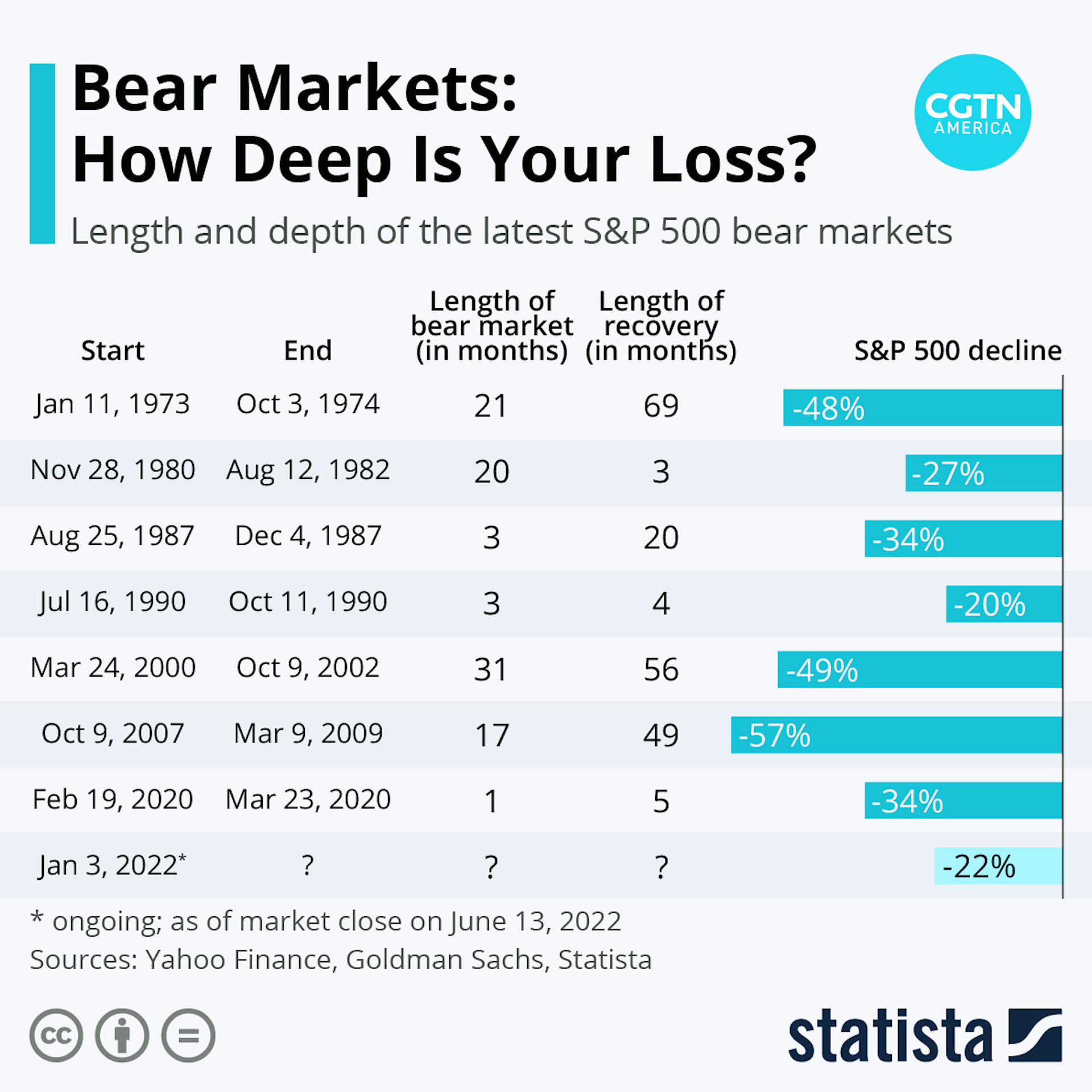 As the U.S. battles inflation, investors are also weighing their risks amid conflict in Ukraine, and other issues affecting global and national economies.

To fight rising inflation, the U.S. Federal Reserve has been raising interest rates.

This will slow the economy by making it more expensive to borrow.
But if interest rates rise too high or too quickly, the Fed risks triggering a recession.

So what is a bear market and where does the name come from?

The last time a bear market happened was in early 2020, at the start of the COVID-19 pandemic.

It's defined as happening when stocks drop at least 20 percent from their recent peaks. It doesn't happen often but can precede a recession. 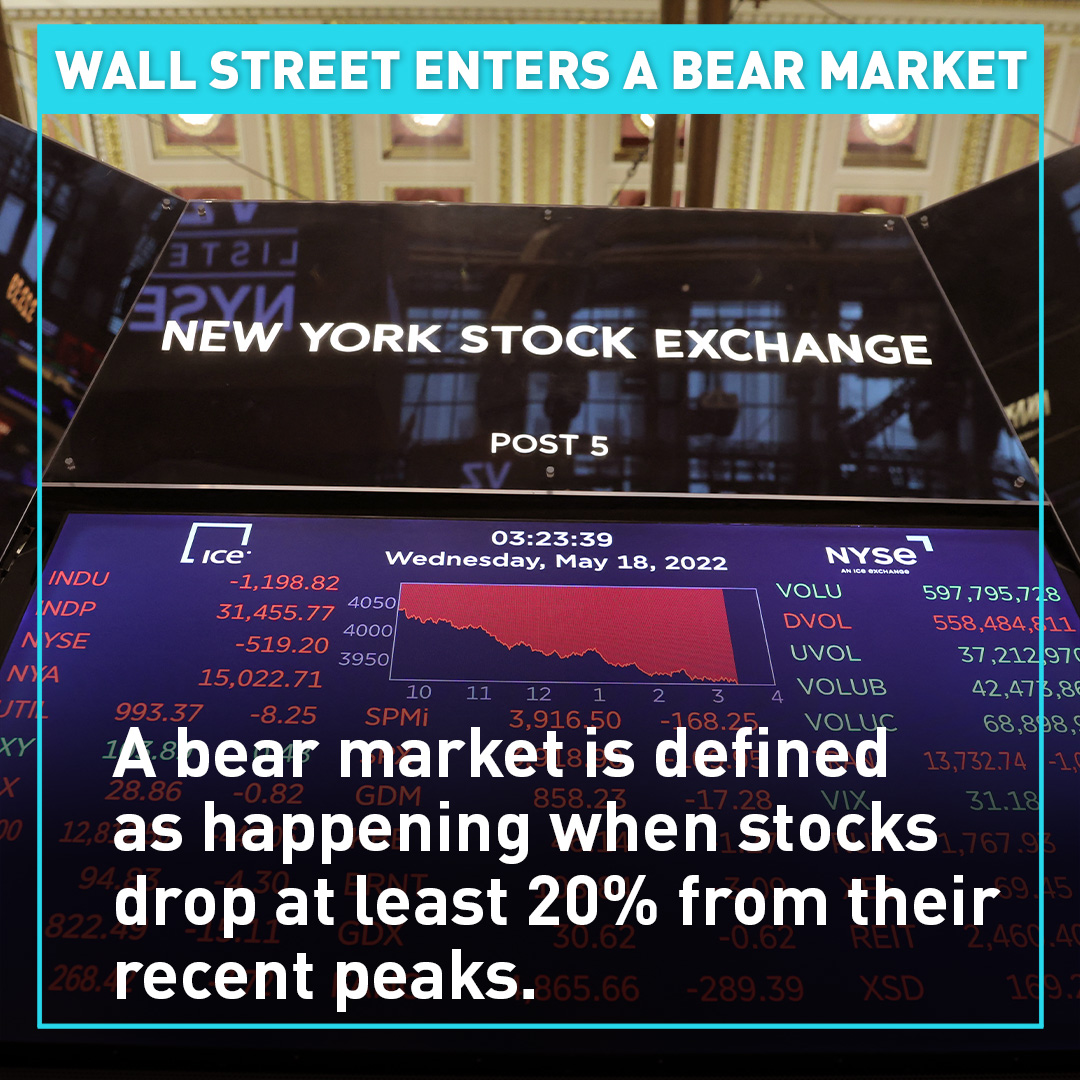 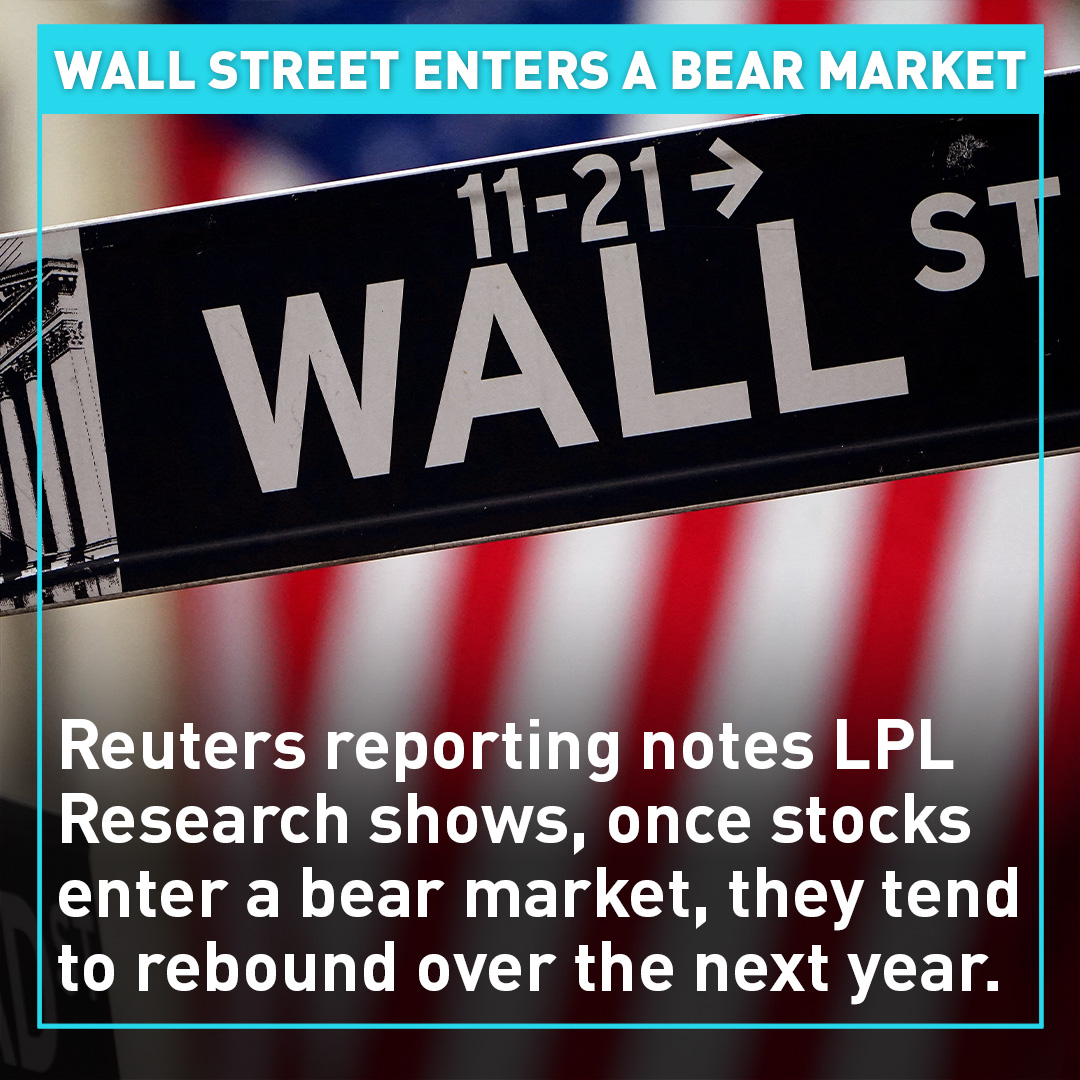 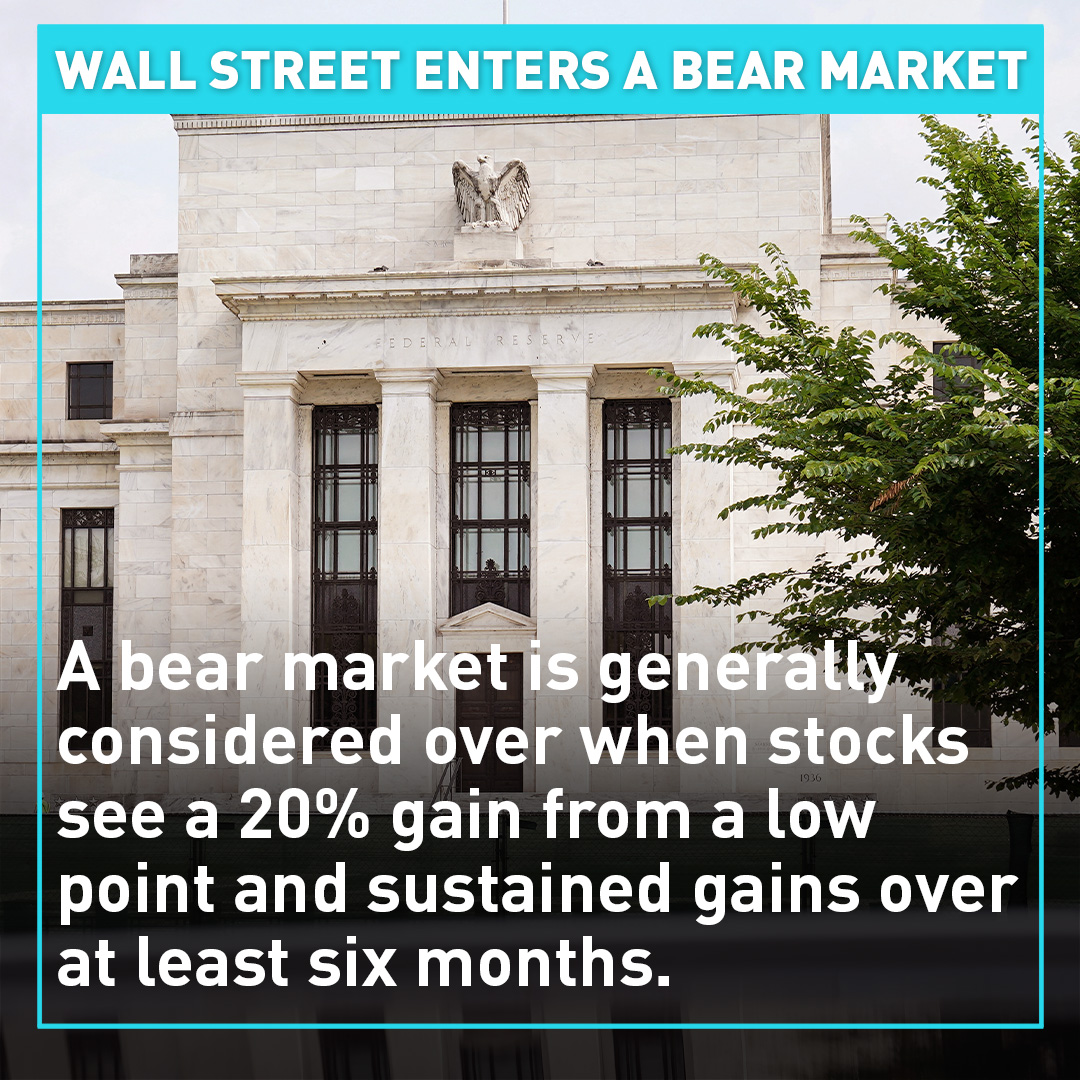 The 2020 bear market lasted a little over one month, making it the shortest on record.
Stocks lost a third of their value in 33 days, and it took the S&P six months to recover.

But some experts warn this bear market could last longer.

A bear market is generally considered over when stocks see a 20 percent gain from a low point and sustained gains over at least six months.

As for where the name comes from, Sam Stovall, a chief investment strategist at research firm CFRA, explained to the Associated Press that a retreating market is similar to a bear hibernating. Whereas in a 'bull market,' he said, stocks are surging, similar to how bulls charge.

On average, bear markets start seven months before a recession begins, according to CFRA.

While they tend to precede a recession, they don't guarantee the U.S. will enter one. Three of 12 previous bear markets have happened without recessions, according to the firm.

And Reuters reporting notes LPL Research showing that once stocks enter a bear market, they tend to rebound over the next year.

So what's next for investors during this time period?

Experts advise most people not to sell their investments now unless they absolutely need the money right away. Otherwise, they suggest investors patiently ride out the volatility.