A decade ago, U.S. President Barack Obama implemented the Deferred Action for Childhood Arrivals (DACA) program, a policy to protect the children of unauthorized immigrants brought to the U.S. as minors from deportation.

Young people could qualify under certain requirements, including arriving in the country by age 16 and before June 2007, studying in a U.S. school or serving in the military and lacking serious criminal records. The policy also opened opportunities for jobs and helped with college tuition.

However, the policy was intended as a stopgap to protect some of the most vulnerable immigrants in the country – many who spent more time in the U.S. then they had in the countries they were born - until Congress could implement a more comprehensive path to citizenship. 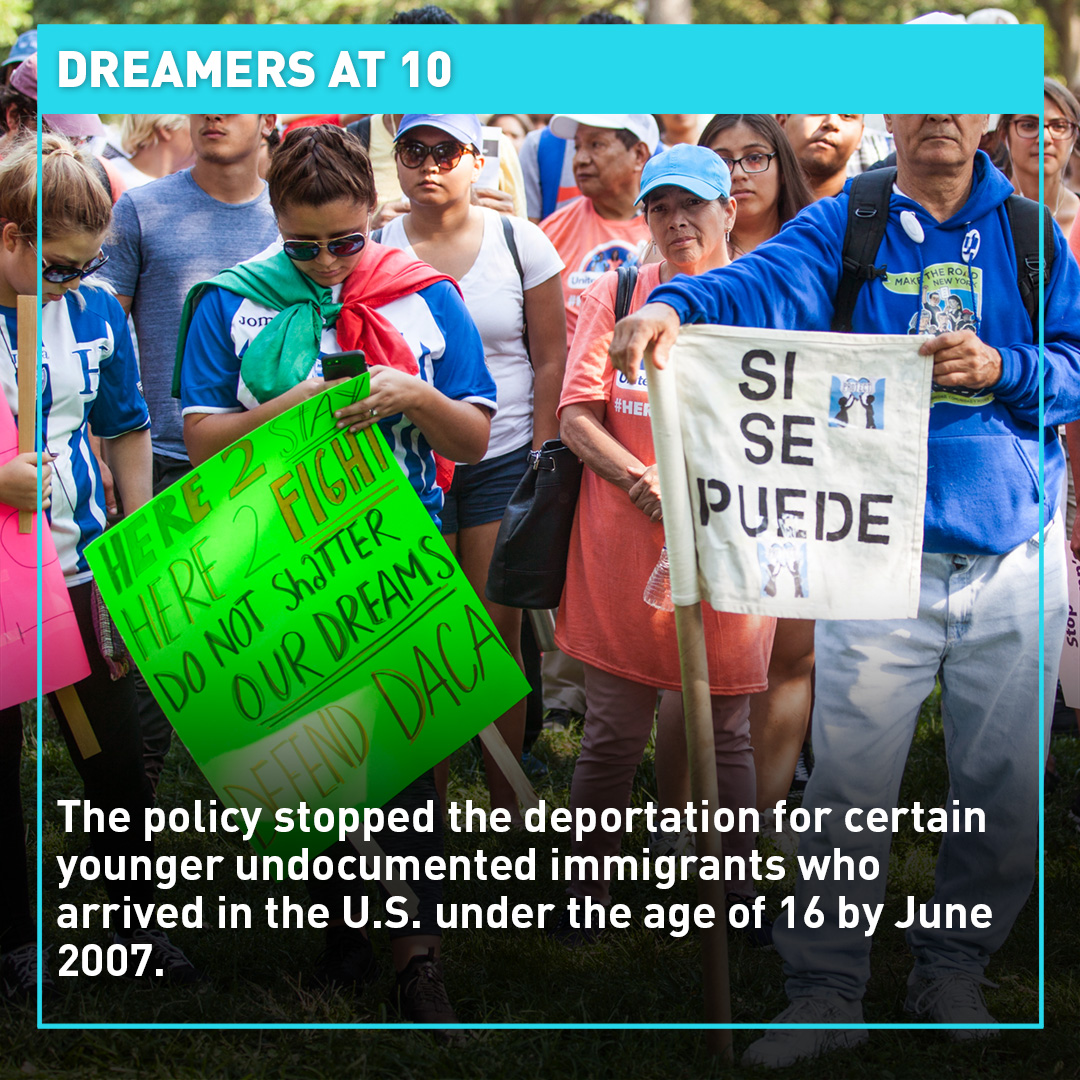 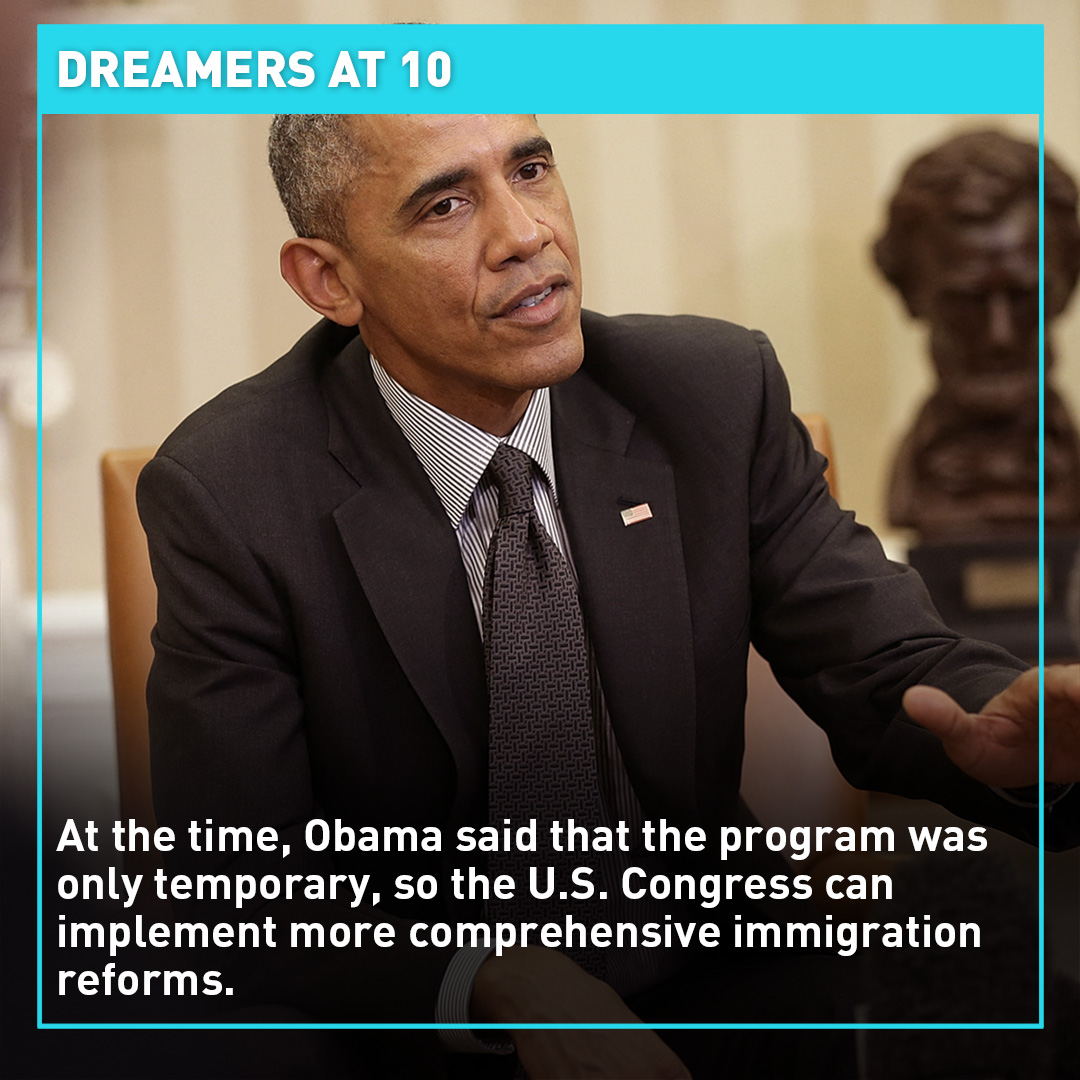 Since its inception, around 800,000 young people have registered as so called 'Dreamers.'

In that decade, little progress has been made toward comprehensive immigration reform. Now, a legal threat to DACA puts the status protection of 600,000 immigrants at risk.

While DACA withstood multiple attempts by the administration of former president Donald Trump to terminate it, it remains under court challenge. A Texas federal judge declared the program illegal in fall of 2021 but allowed the program to continue for people already in the program. No new applications were allowed.

An appeal by the Biden administration will be heard by a federal court in July, and it's widely expected to ultimately come before the U.S. Supreme Court. 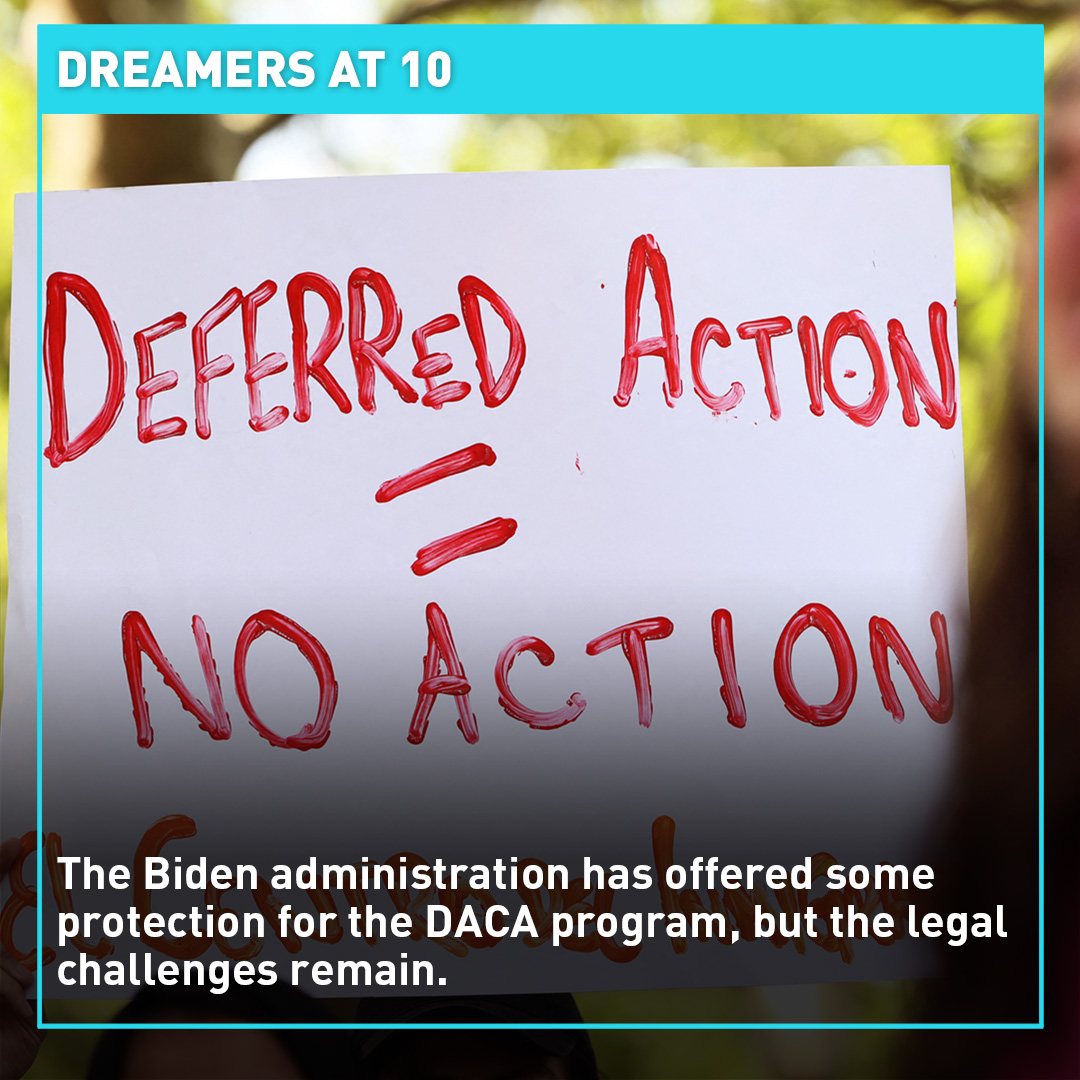 According to analysts quoted by The New York Times, the number of young immigrants who grew up in the U.S. but lack legal status or any DACA protections will grow by 100,000 each year.  Around 60 percent of those protected by DACA are now 26 or older.

While there have been some bipartisan attempts to create for a pathway for citizenship, those efforts have fallen short. CBS News quotes senior congressional officials as saying any attempt moving forward would likely see Republicans demand changes to border security in exchange for any legalization of Dreamers.