Download
Some factors that cause high inflation in the U.S.
CGTN 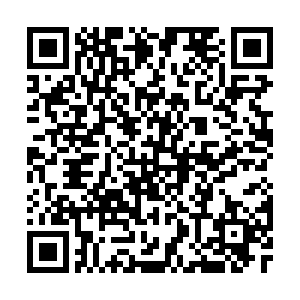 The 12-month increase moved at its fastest pace since December 1981. Energy, food, and shelter costs mainly contributed to the rise in inflation.

Here are some of the forces driving inflation higher in the U.S.: 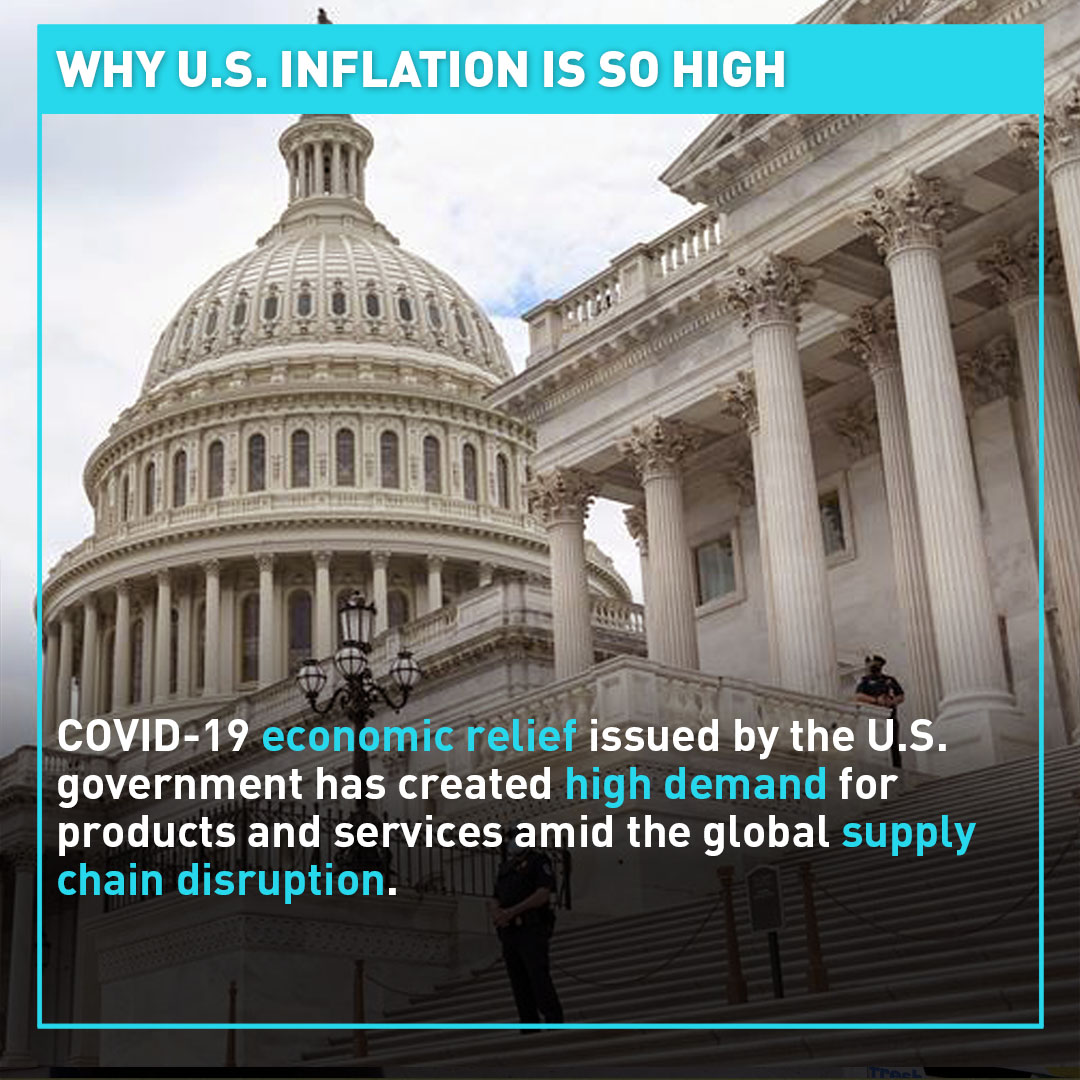 Since 2020, the U.S. government issued nearly $5 trillion in economic relief to combat the COVID-19 crisis.

The money aimed to limit the economic shock on U.S. households and businesses from the pandemic.

The COVID-19 restrictions across the world redirected money that consumers might otherwise have spent on restaurants and travel.

Economists from the Federal Reserve Bank of San Francisco concluded in a recent study that pandemic relief aid probably contributed to a 3 percent increase in inflation through the end of 2021.  This factor also has a long-term impact on inflation in the U.S.

"These programs... were a considerable infusion of liquidity into consumers' pockets at a time when perhaps industry wasn't quite ready to respond to an increase in demand," Oscar Jorda, senior policy adviser at the bank told BBC news.

The U.S. national average gasoline prices have topped $5 per gallon for the first time ever, according to AAA reading last Saturday. The price rose steadily for the last eight weeks. With the summer travel season getting underway, experts say gas prices could be close to $6 later this summer.

Energy prices rose 34.6 percent compared to a year ago, which has pushed up U.S. inflation. The sharp rise in energy prices alone added 2 percent to the overall consumer price index.

Russia is the world's third-largest oil producer after the U.S. and Saudi Arabia, and the second largest crude oil exporter behind Saudi Arabia, according to the International Energy Agency.

Oil is a commodity traded on global markets. Although the U.S. uses little Russian oil, its ban on Russian oil imports following Russia's special military operation in Ukraine and EU's decision to ban the majority of oil imports from Russia by the end of this year have restrained supply and pushed up global oil prices accordingly.

Even before Russia-Ukraine conflict, OPEC+ members agreed to sharply cut oil output by 10 million barrels a day in May 2020 as demand for oil plummeted in the early months of the COVID-19 pandemic.

As the demand began to recover last June, OPEC+ started to slowly increase oil production. It also agreed to supply an extra 648,000 barrels a day in July and August this year. But the output is still much less than the pre-pandemic level.

"I don't believe there's an amount of oil the Saudis could provide that would substantially reduce U.S. gas prices. It will be difficult for Biden to come away with something he can call a win," Samantha Gross, fellow and director of the Energy Security and Climate Initiative at the Brookings Institution, told The Hill.

Meanwhile, U.S. oil production and refining capacity has not recovered to pre-pandemic levels. In the wake of soaring oil prices, many oil companies have been slow to increase production. Some have decided to buy back their own stock to boost their share price. 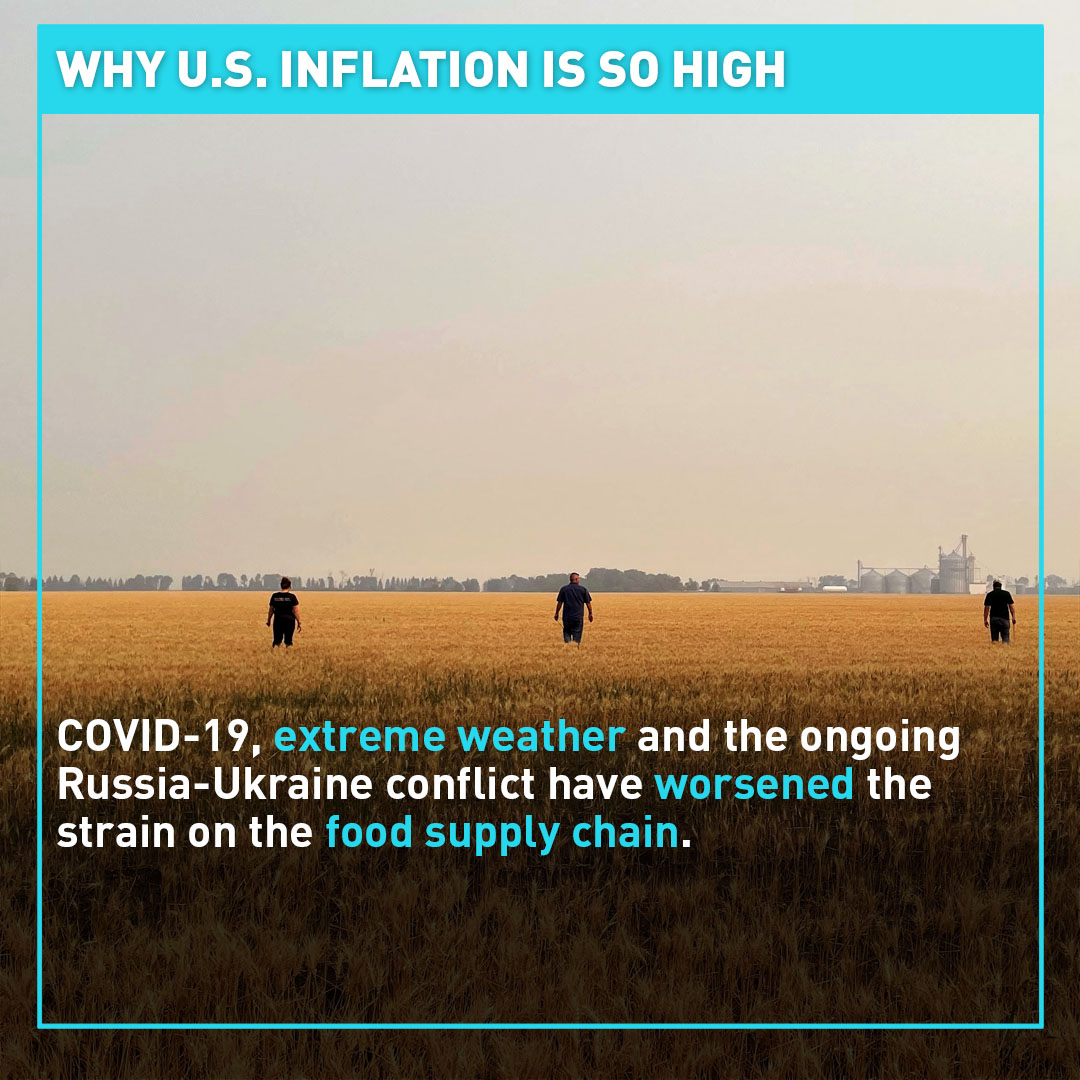 U.S. food prices continued to increase by 1.2 percent in May.

That's the 18th consecutive monthly increase, according to the Consumer Price Index compiled by the U.S. Bureau of Labor Statistics.

Extreme weather such as droughts, heatwaves, and excessive rainfall in some parts of the world has triggered global crop loss. U.S. winter wheat and corn crop production this year will also drop due to droughts and planting delays, the U.S. Agriculture Department estimated.

Russia and Ukraine account for a third of global wheat and barley and two-thirds of the world's export of sunflower oil. The ongoing conflict between the two countries with western sanctions have further threatened global food security.

Dozens of countries have banned exports of certain food products in the past three months to fight soaring food prices and secure food supplies for their citizens. But the moves can intensify shortages globally. 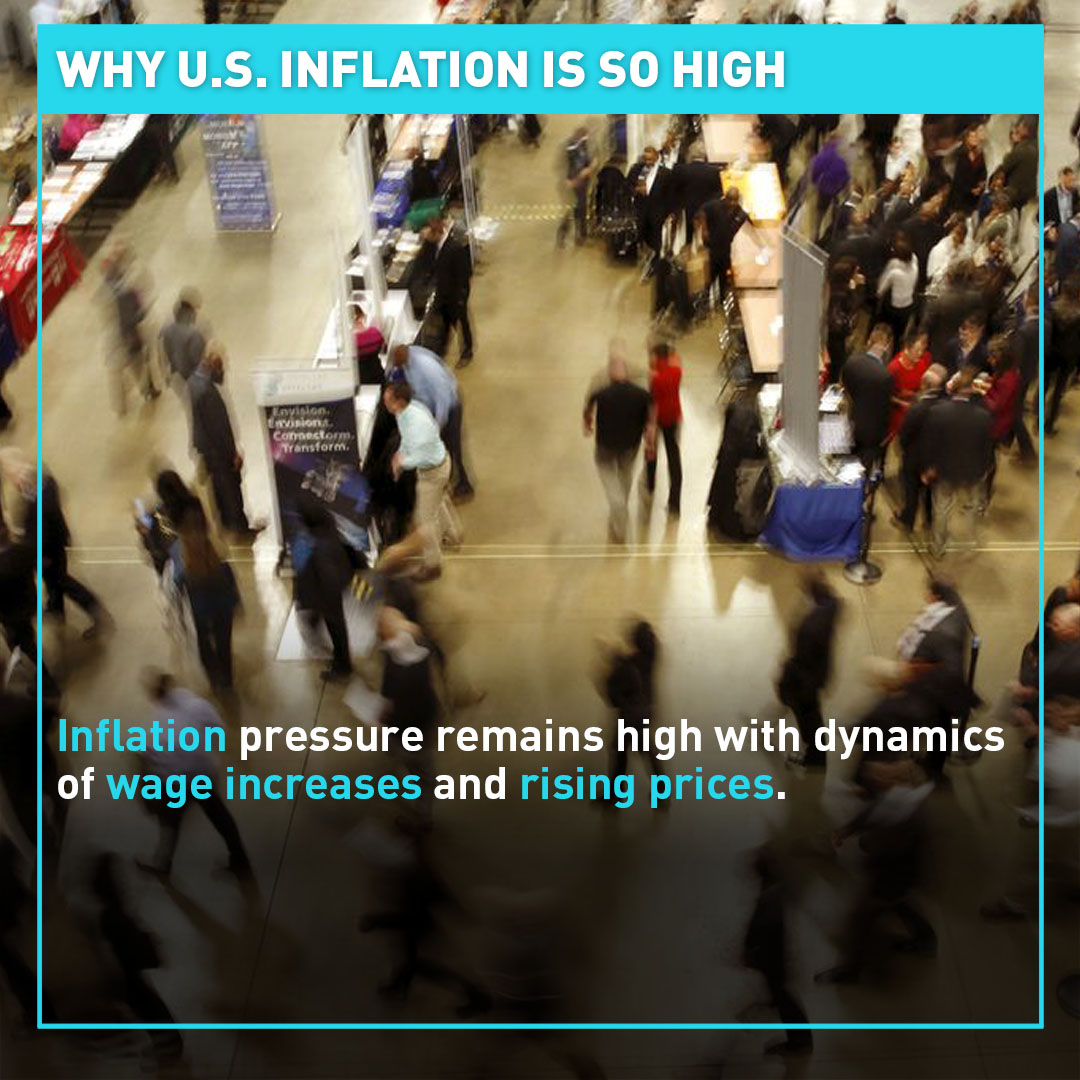 The U.S. added more than 6.5 million jobs in a year, but employed Americans as a share of the U.S. population are still fewer than the pre-pandemic level, the Wall Street Journal reported.

Average hourly earnings in the U.S. increased 0.3 percent in May, and 5.2 percent over the past year. The pace of wage growth is slower than inflation.

With inflation pressure, many workers are taking advantage of the tight labor market to get better pay. Wage growth will increase consumers' spending power. Meanwhile, the rising labor costs are prompting many employers to raise prices.

During a Senate Finance Committee hearing last week, U.S. Treasury Secretary Janet Yellen said that she expected the U.S. inflation to "remain high," but inflation would not be a decade-long problem for the U.S. Lowering inflation should be the country's number one priority.