Download
What does a rise in interest rates mean for our wallets?
CGTN 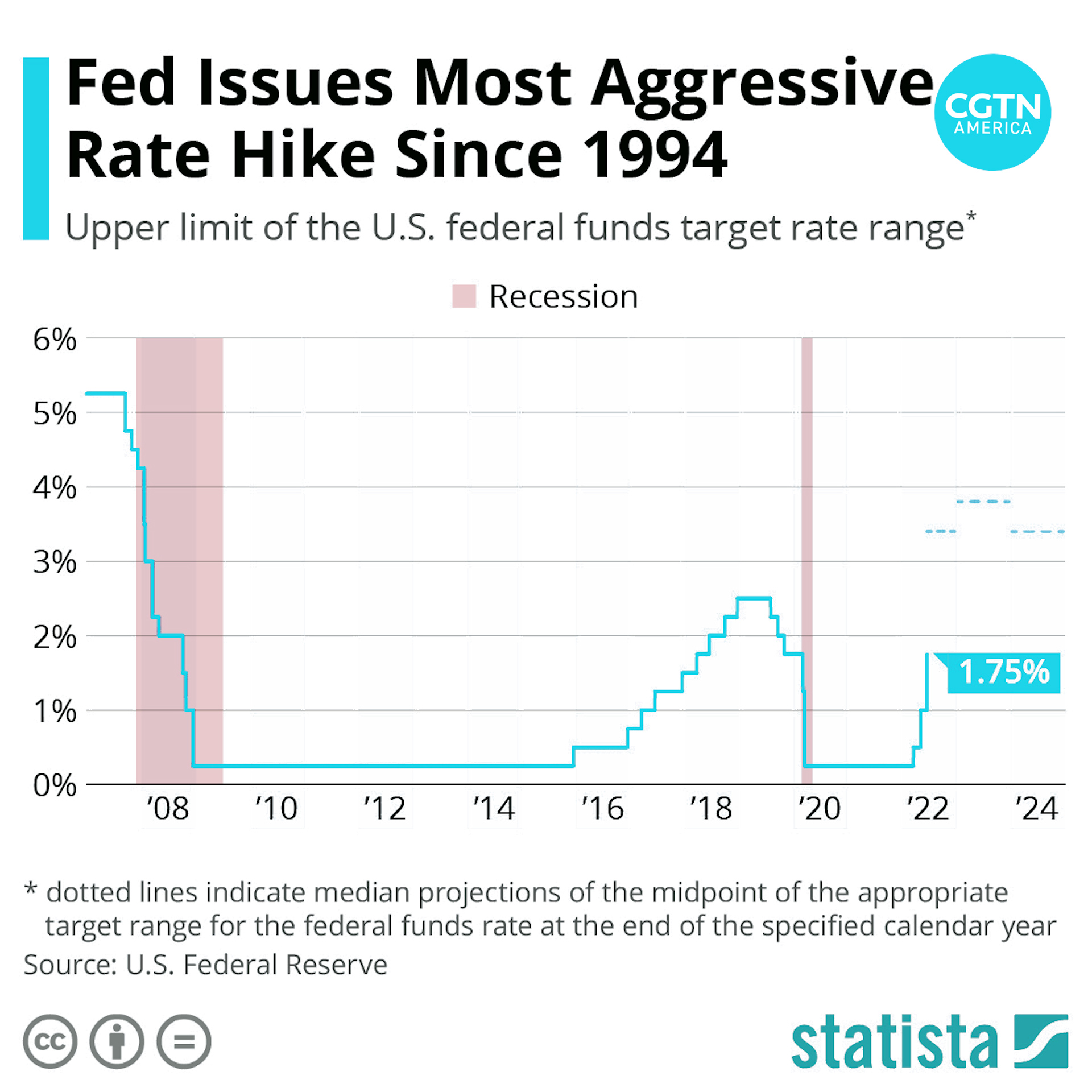 It's the highest rate hike since 1994 and the Fed says another similar rise is possible this summer.

But officials are also trying to avoid a recession and balance unemployment as inflation soars nationwide.

U.S. inflation reached 8.6% in May from a year earlier, the highest since 1981, according to the Labor Department.

The Fed's goal is to bring inflation down to 2% and at a press conference Wednesday, Fed Chair Jerome Powell said he remains committed to that goal. 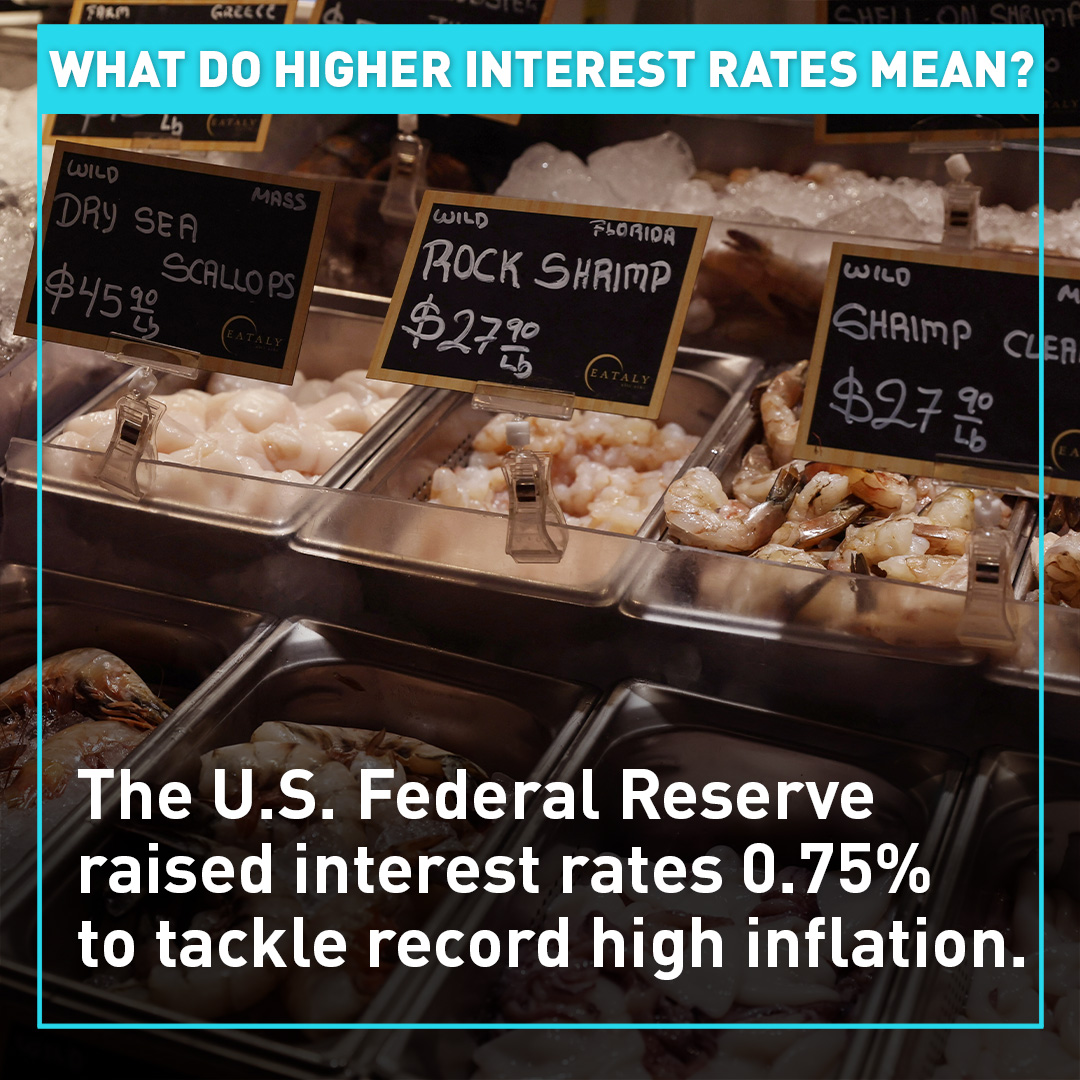 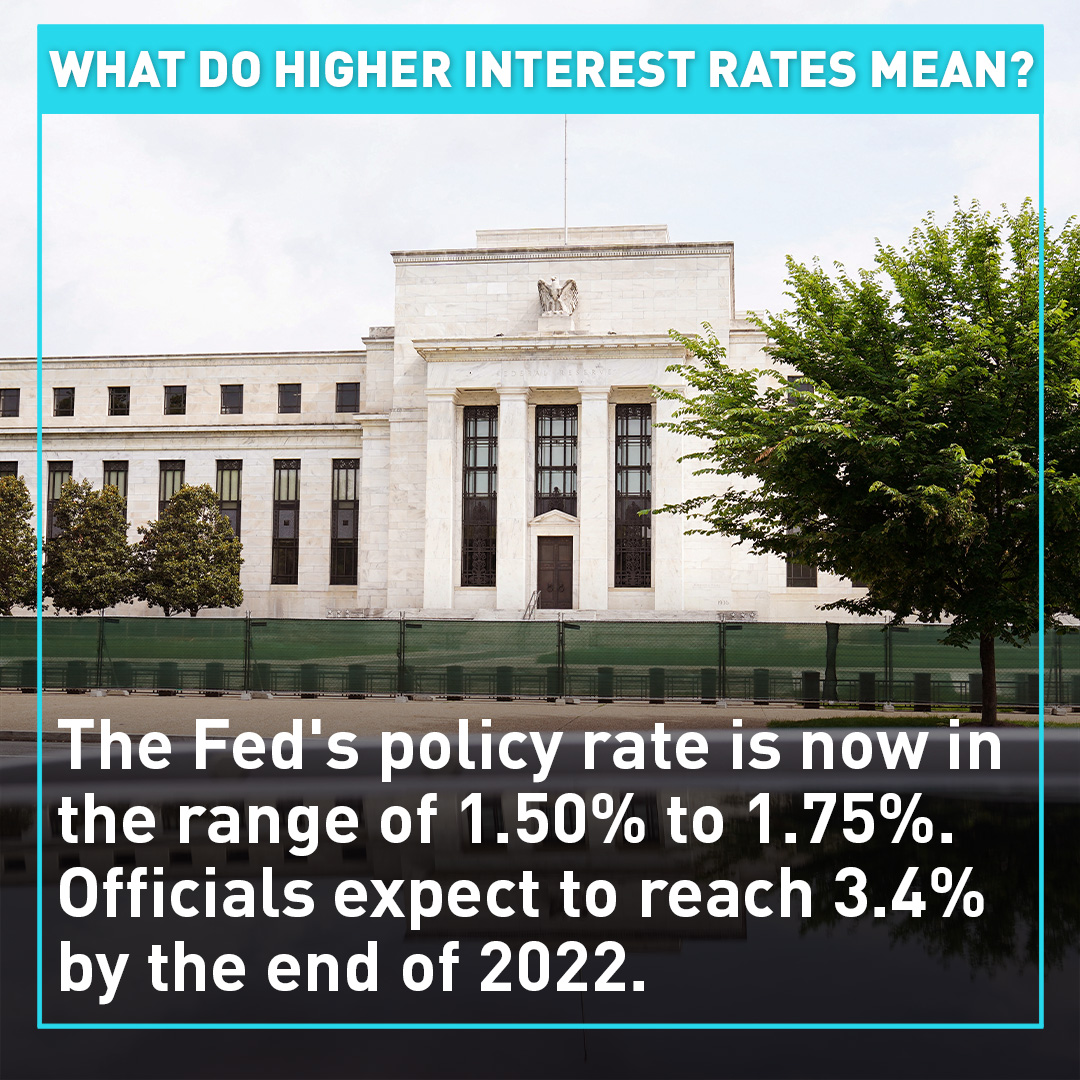 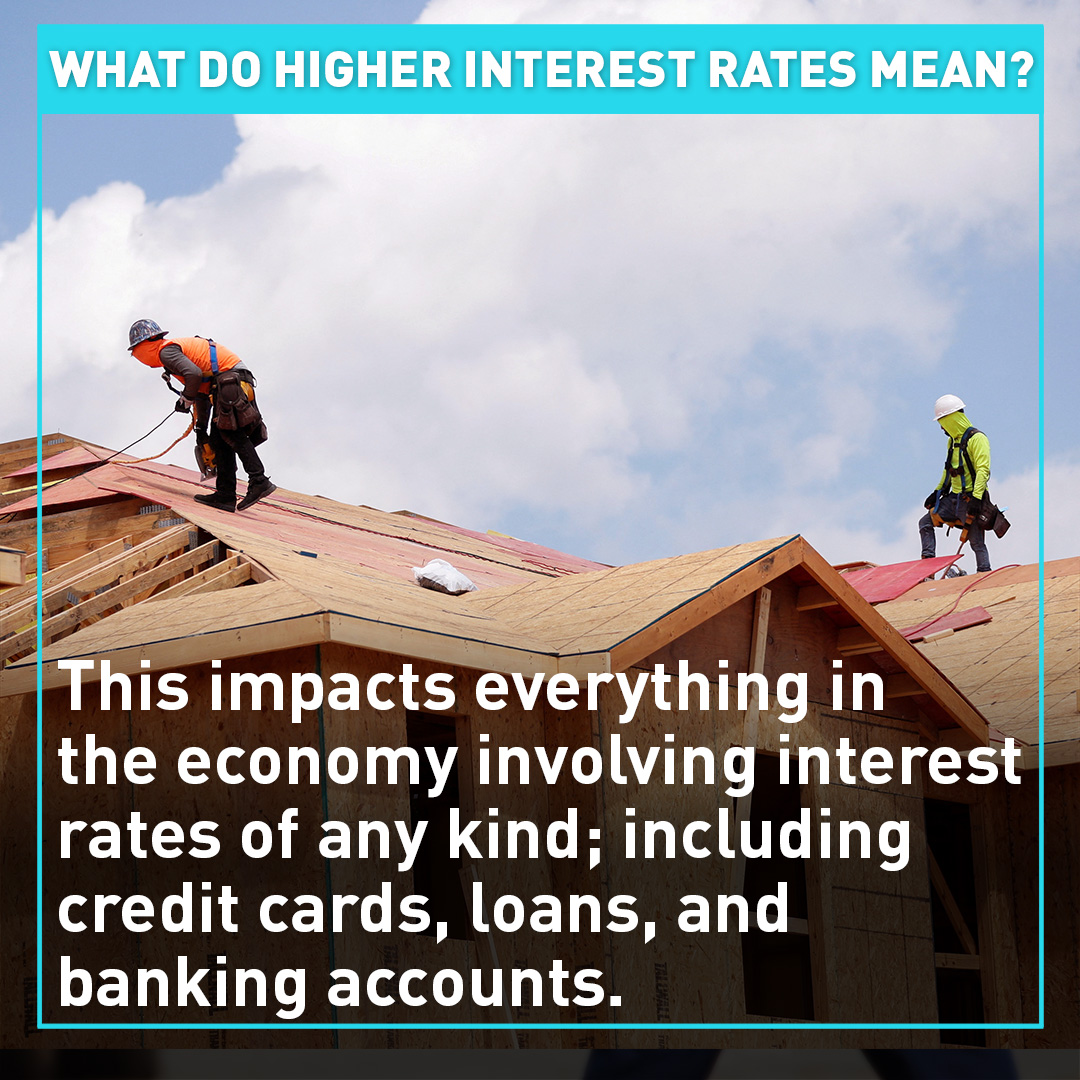 So what does a 0.75% rise in interest rates mean for the average consumer?

This impacts everything in the economy that involves interest rates of any kind. This includes credit cards, mortgage and other loans, banking accounts, business operations and other aspects of the economy.

The job market could also experience a slow down and see a rise in unemployment, as companies either issue hiring freezes or layoffs.

While consumers will pay higher interest on a mortgage or a car loan, they can also benefit from money gained through higher interest rates on some types of bank savings accounts.

The Fed's policymakers have indicated there will be more interest rate hikes between now and the end of 2023, when they expect inflation to fall below 3%.

They forecast inflation to slow to around 5.2% by the end of this year, followed by two years of slow economic growth.

"It is essential that we bring inflation down if we are to have a sustained period of strong labor market conditions that benefit all," said Powell at the press conference.

Experts say it is possible to lessen the blow of a rise in interest rates.

They advise consumers reduce spending where possible, pay down credit card debt, save money, and rethink large purchases such as houses and cars.

But they caution, too, that certain products and services getting more expensive is unavoidable in the short-term, and the economy could take a downturn before getting better.

The Fed's next meeting is in late July.