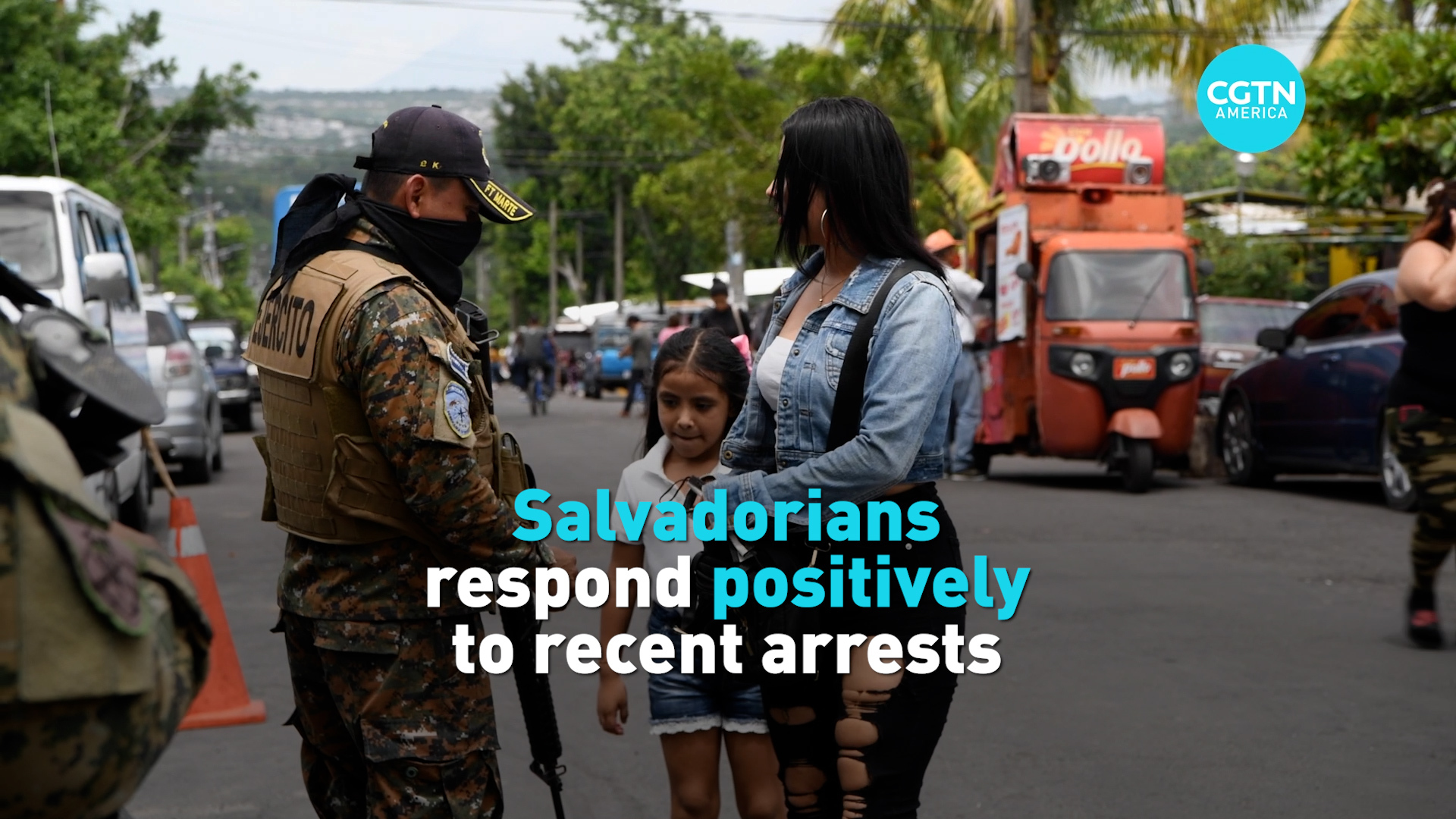 El Salvador's President Nayib Bukele has received international criticism after the government arrested over 36,000 individuals in just over two months.

However, several of El Salvador's 6 million residents agree with Bukele's measures according to independent polls.

CGTN's Alasdair Baverstock takes to the streets of San Salvador to ask Salvadorians directly how they feel.