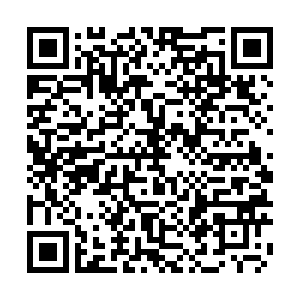 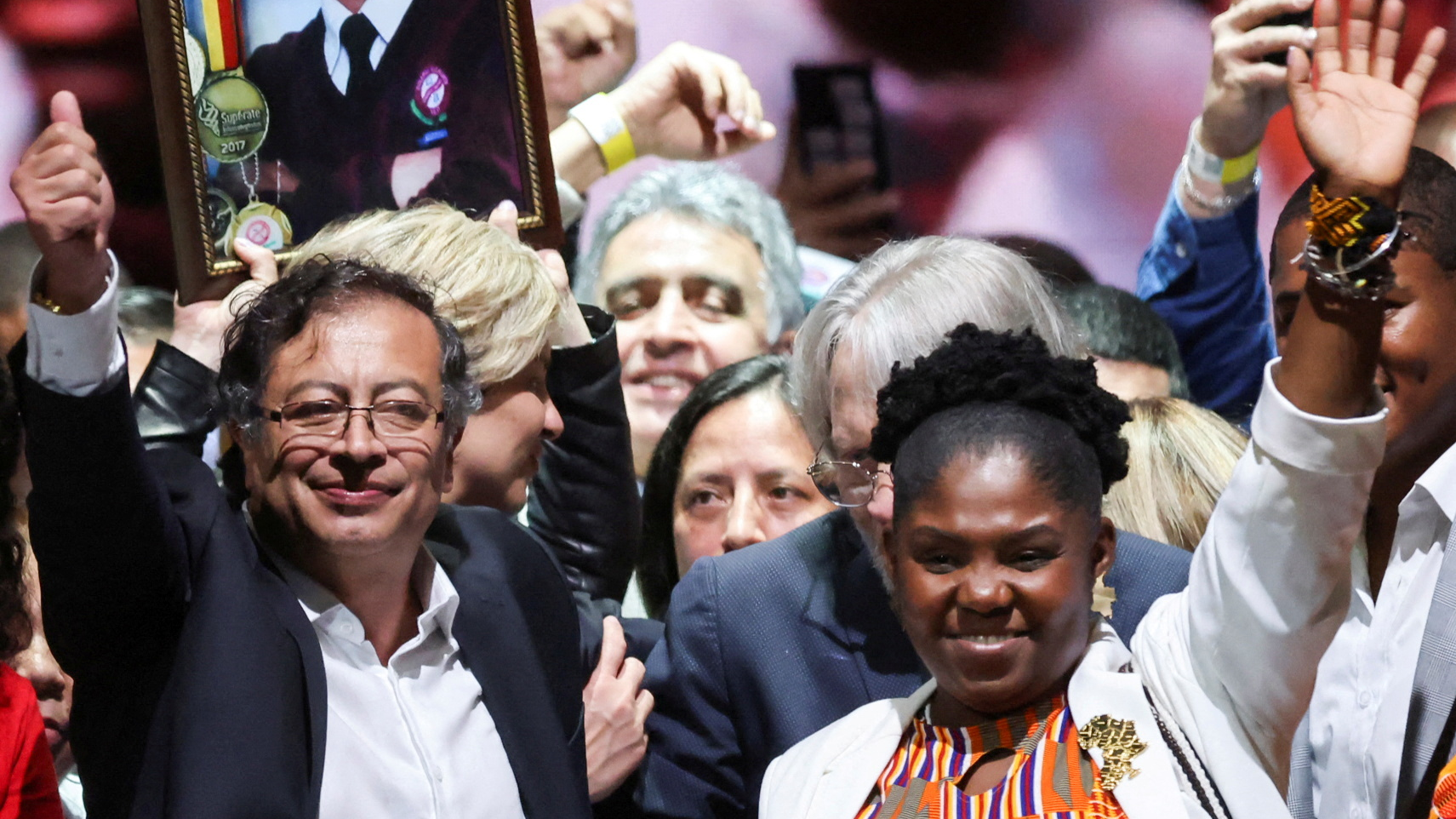 The path to victory for Colombia’s new president-elect Gustavo Petro was one of twists and turns.

When the former guerrilla fighter and mayor of Bogota takes office in August, he’ll face a number of challenges governing the country.

Petro's election on Sunday marks a tidal shift for Colombia. He is the country's first leftist president.

Petro and Colombia's first Black woman vice-president, Francia Marquez, campaigned on listening to and winning the votes of millions of Colombians who have traditionally felt excluded from the political system. 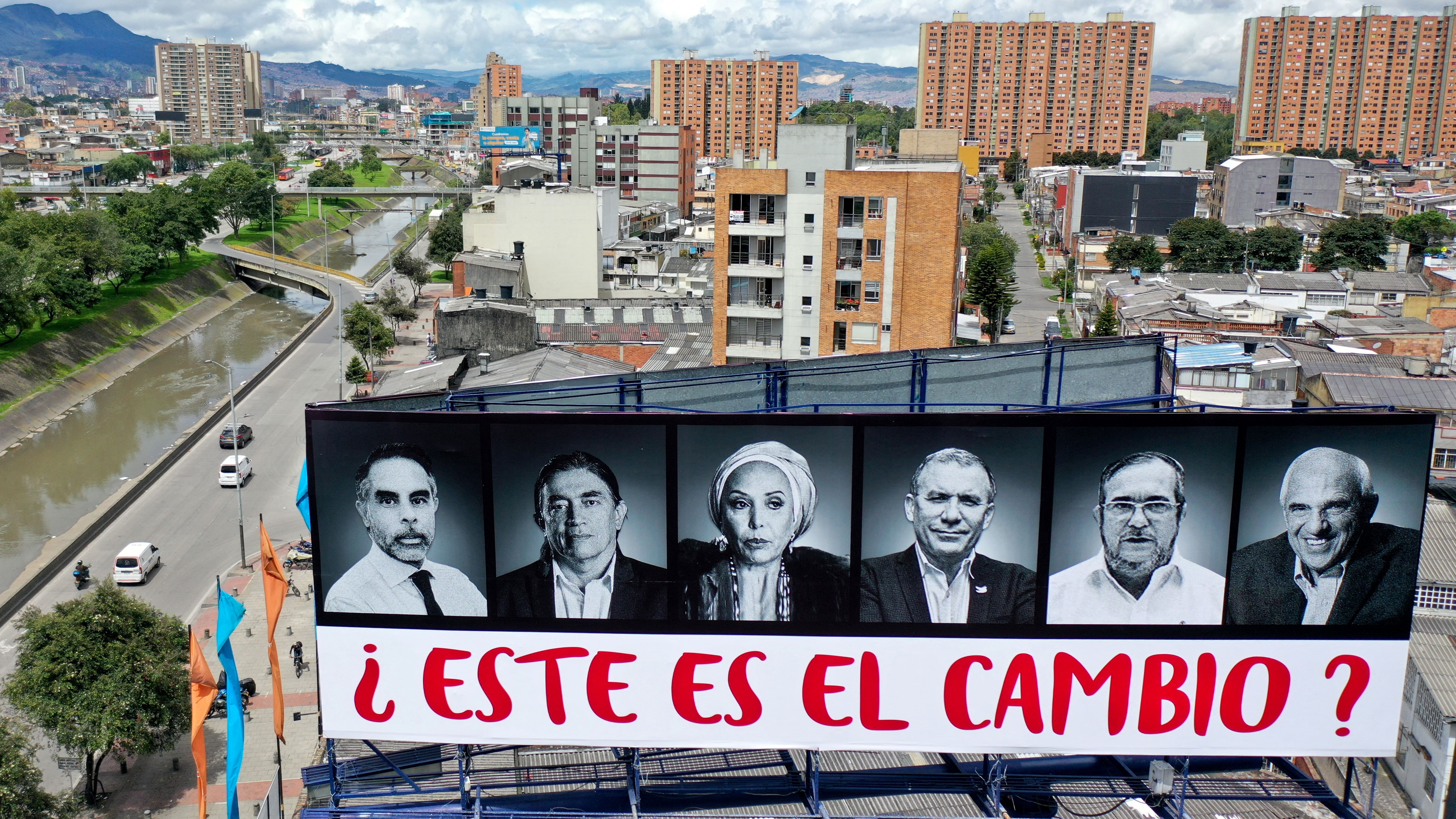 The 62-year-old Petro is coming in with many hoping he will push the country in a new direction, to reverse the poverty and spiraling violence. His lack of wide-spread support in Congress means he’ll have to seek compromise with political rivals to pass his agenda.

One of Petro’s campaign promises is the full implementation of the 2016 peace deal with the Marxist rebels of the FARC, in particular to improve conditions in the countryside. The outgoing government had dragged its feet on the peace accord.

Petro has pledged to seek a peace deal with the largest remaining guerrilla group, the National Liberation Army (the ELN). The group put out a statement Monday say it had “full disposition” to start talks with the new government. While the guerrillas may see their best chance for a peace deal in Petro, himself a former guerrilla who demobilized, talks are likely to be long and arduous.

Talks with the FARC dragged on for years, and the ELN is known as even more doctrinaire, more ideological. Both sides will have to move quickly and trust each other if they are to make a deal in Petro’s four years as president. Petro has promised a reassessment of the war on drugs for Colombia, the world’s biggest producer of cocaine. For the past 20 years, Colombia has received billions in aid from Europe and the U.S. to combat the cocaine industry. Yet, the country is now producing more cocaine than ever before. Petro has said that he wants to change things. Instead of sending police in to rip out coca crops and destroy jungle cocaine laboratories, he wants to see more focus on working with small farmers to get them to voluntarily swap their illegal coca crops for legal crops.

Petro is likely to change Colombia’s relations with neighboring Venezuela. After the election results were announced, Venezuelan President Nicolas Maduro congratulated Petro and Marquez tweeting, "The will of the people was heard, and they came out to defend the path of democracy and peace."

Outgoing right-wing Colombian President Ivan Duque had sought to lead a coalition to bring down Maduro, at one point in 2019 saying that Maduro’s government had “only a few hours left.” Of course, Duque will leave office and Maduro remains.

Petro has said he wants to re-establish relations with Venezuela. The country put out a statement hours after Petro’s victory saying it, too, wants “the construction of a renewed stage of integrated relations” for the two countries.

But there are serious issues between the two countries. Millions of Venezuelans have fled an economic collapse to live in Colombia, where many survive in misery. The border is another issue, as Colombian illegal combatants move freely back and forth, and the country has become a major exit point for cocaine. 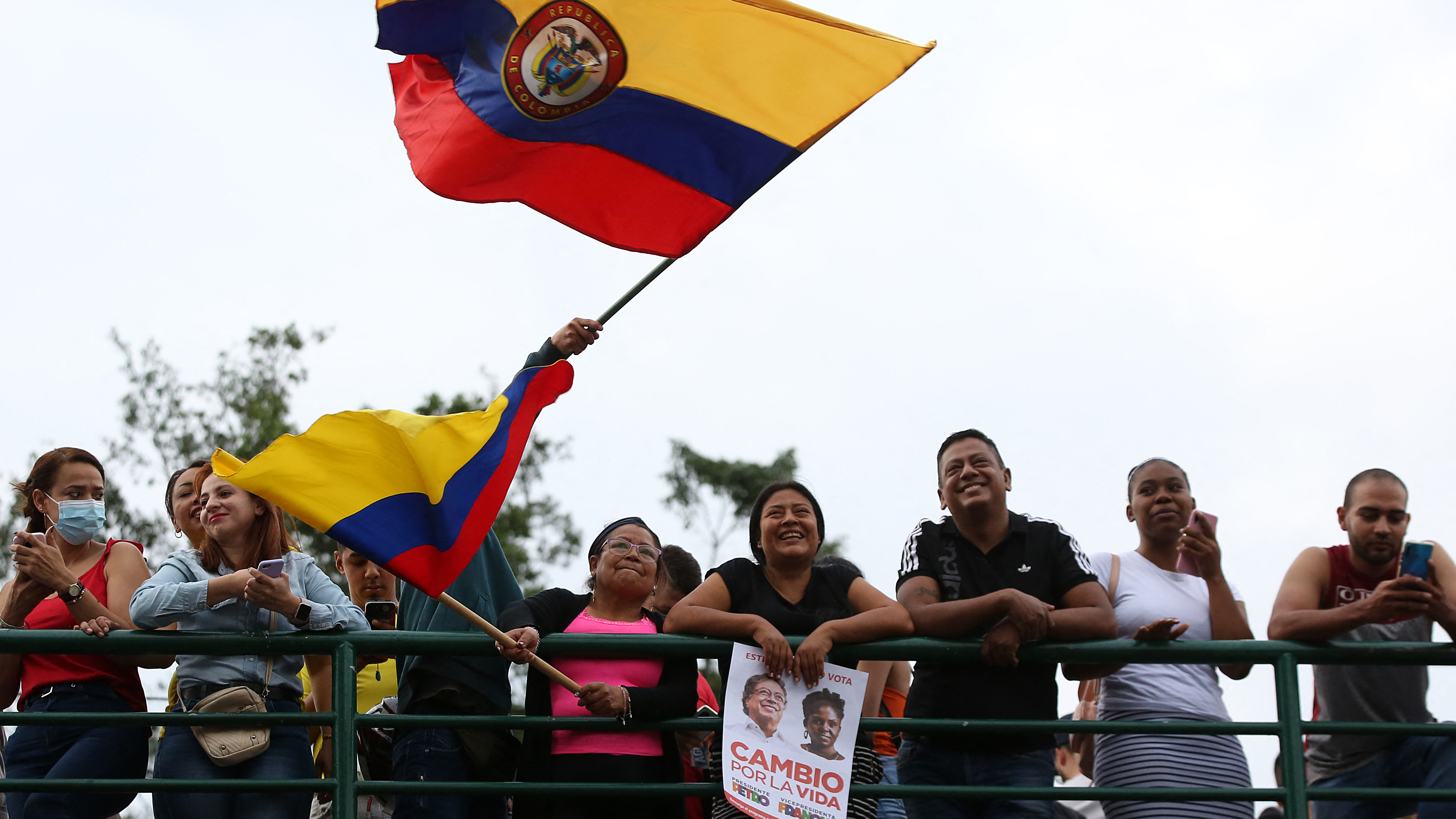 Relations with the U.S. also will be closely watched. Election day in Colombia wasn’t over before it was clear that Petro could become a partisan figure in Washington. Gregory Meeks, a Democrat, tweeted from the House Foreign Affairs Committee account that he “...looks forward to working with President-elect Petro... to strengthen the historic bilateral relationship between Colombia and the U.S..”

The business sector is perhaps the wariest when it comes to Petro. Petro has promised to suspend new oil exploration contracts and turn Colombia from a fossil-fuel producing country to greener energy. He’s also said he wants to declare an “economic emergency,” bypass the normal workings of Congress and rule by decree. Petro says that wide-spread hunger across the country justifies the move.

Petro’s supporters were jubilant Sunday with the election of Petro and Marquez. The two are likely to face serious challenges trying to set a new course for a country mired in violence and poverty.