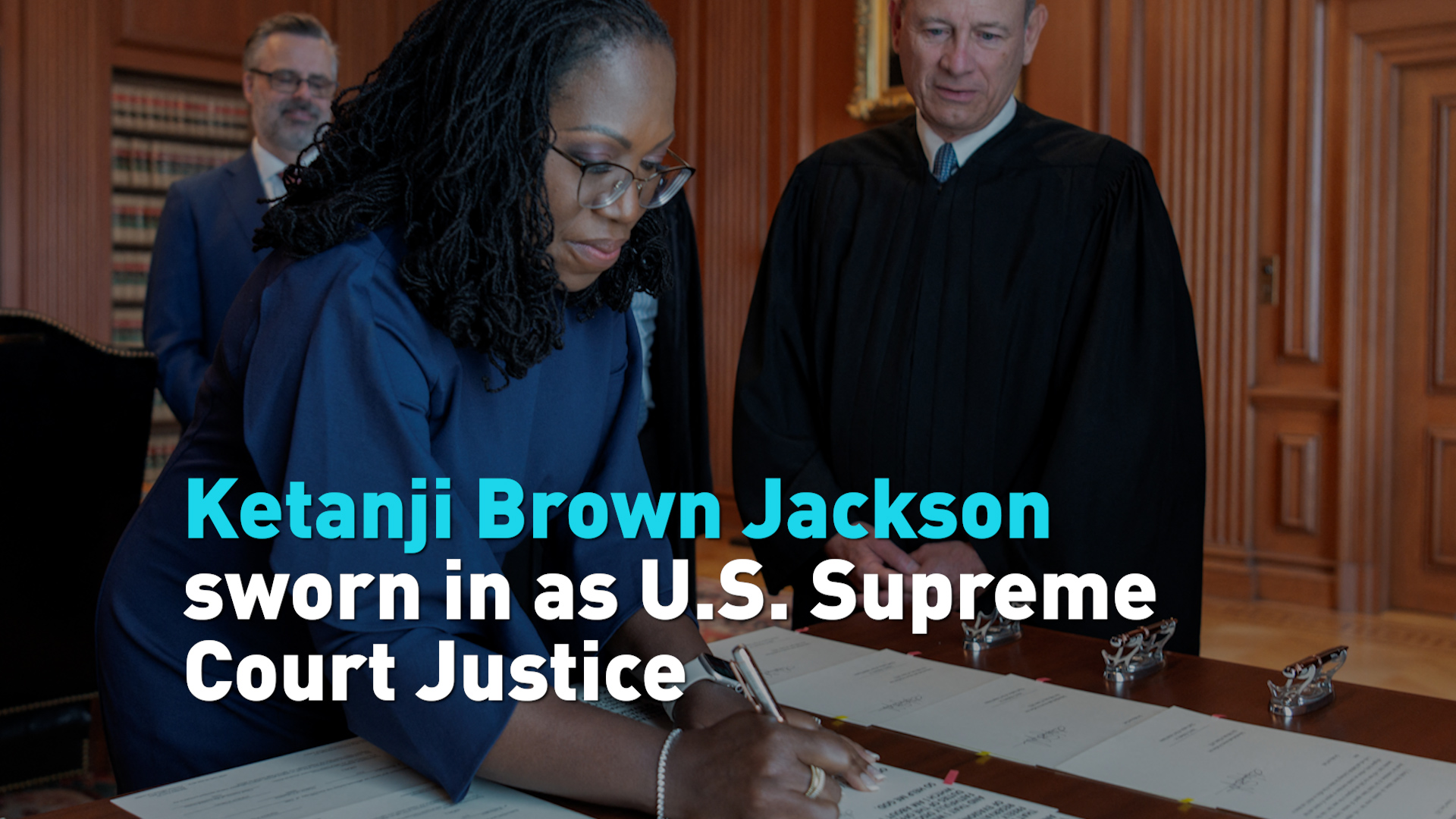 An historic day in Washington as Ketanji Brown Jackson is sworn in as the first Black Woman Justice of the U.S. Supreme Court. The previous 115 were all men.

Jackson was nominated by President Biden and confirmed by the U.S. Senate earlier this year after Justice Steven Breyer announced he would step down. The court balance remains the same with six justices generally siding with conservatives and three justices, including Brown Jackson, expected to generally align with the liberals.