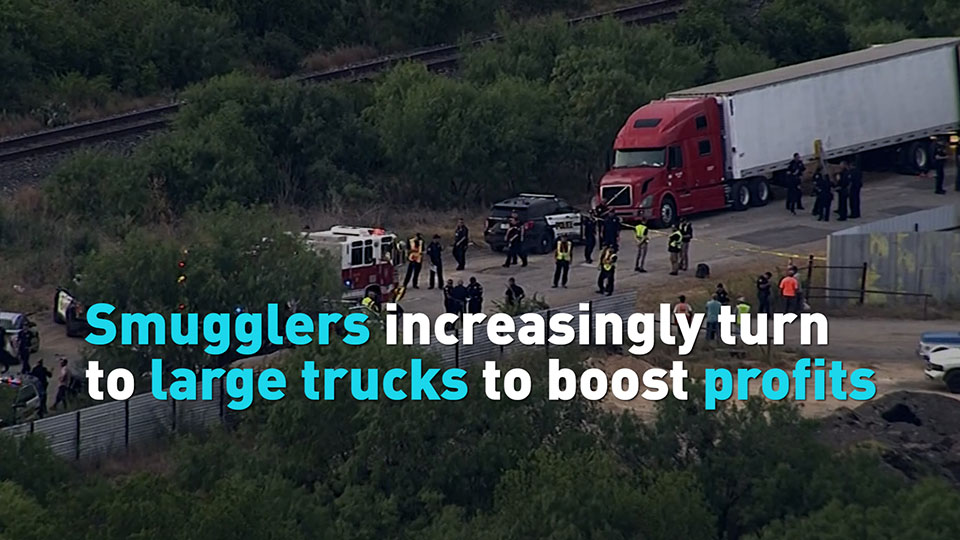 The U.S. Department of Justice has charged four men in connection with the deadliest case of human smuggling in U.S. history. Two of the defendants, both Mexican nationals, will appear in court Friday. They have been charged with illegal gun possession, facing up to 10 years in prison.

At least one of the four, a U.S. citizen, faces the more serious charge of "alien smuggling resulting in death" and could face the death penalty.

At least 53 migrants died after being abandoned inside a tractor-trailer on a sweltering day near San Antonio.