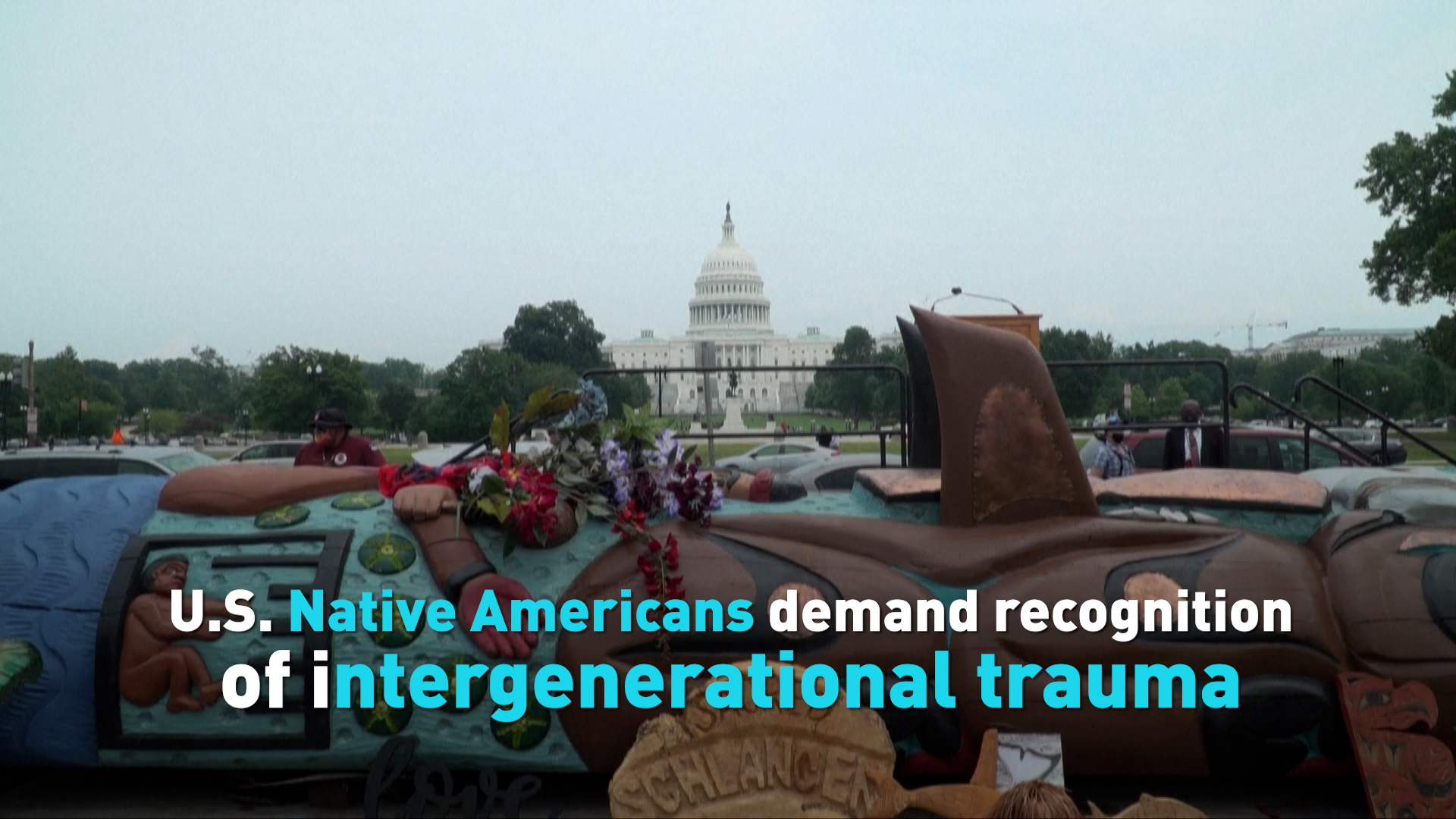 Last summer, a nearly eight meter long totem pole arrived in Washington after a journey across America dubbed the Red Road to D.C. It was meant to call attention to the threat of development on Indian tribal lands and past harm done to Native Americans by the U.S. government.

"When our nation's capital was established, its policies were intended to exclude us, to assimilate us. And we're working hard to undo so many consequences of these actions," said U.S. Interior Secretary Deb Haaland.

A key pillar of that effort to assimilate Native Americans, force them to conform to a White Anglo way of life, were hundreds of federal boarding schools which operated in three dozen U.S. states between 1819 and 1969.

"The seeds of those institutions came from the intention to disrupt native nations, to disrupt languages, to disrupt culture," said Dr. Samuel Torres from the National Native American Boarding School Healing Coalition

By, Sam Torres says, basically reprogramming children as young as four years of age. The National Native American Boarding School Healing Coalition, which he helps lead, has spent the past decade trying to uncover the truth about the many thousands of kids who were schooled in this way.

As it was in Canada, where Indigenous children were also forcibly removed from their families and sent to boarding schools to strip them of their culture and religion. Hundreds of unmarked graves of children have now been discovered on school grounds there.

"I think it's very important to find their identity, like I said, so they could finish their journey home," said Evelyn Camille a Kamloops, Canada School Survivor.

A U.S. Interior Department report released in May documented beatings, withholding of food and solitary confinement at these schools and evidence of more than 500 child deaths.

"They died from diseases, from heartache, from abuse," said Deborah Parker from the National Native American Boarding School Healing Coalition

The Healing Coalition's Deborah Parker says it’s time to get a full accounting of what happened.

On July 9th, Interior Secretary Deb Haaland will hear from survivors and their descendants in Oklahoma as part of a "Road to Healing" tour. And a bill has been introduced in Congress to create a Truth and Healing Commission to investigate the boarding school era.

"I stand on the shoulders of my grandmother and my mother and the work we will do with the Federal Indian Boarding School Initiative will have a transformational impact on the generations who follow," said Haaland.

The pain of what happened at these schools still endures today.

"They have not just left lasting scars, these are still open wounds," Torres says.

Only resolving this hidden history with truth, many say, will help bind those wounds.