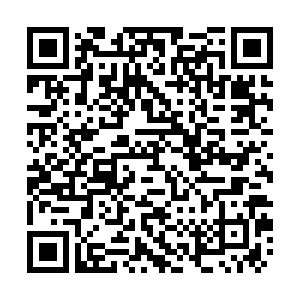 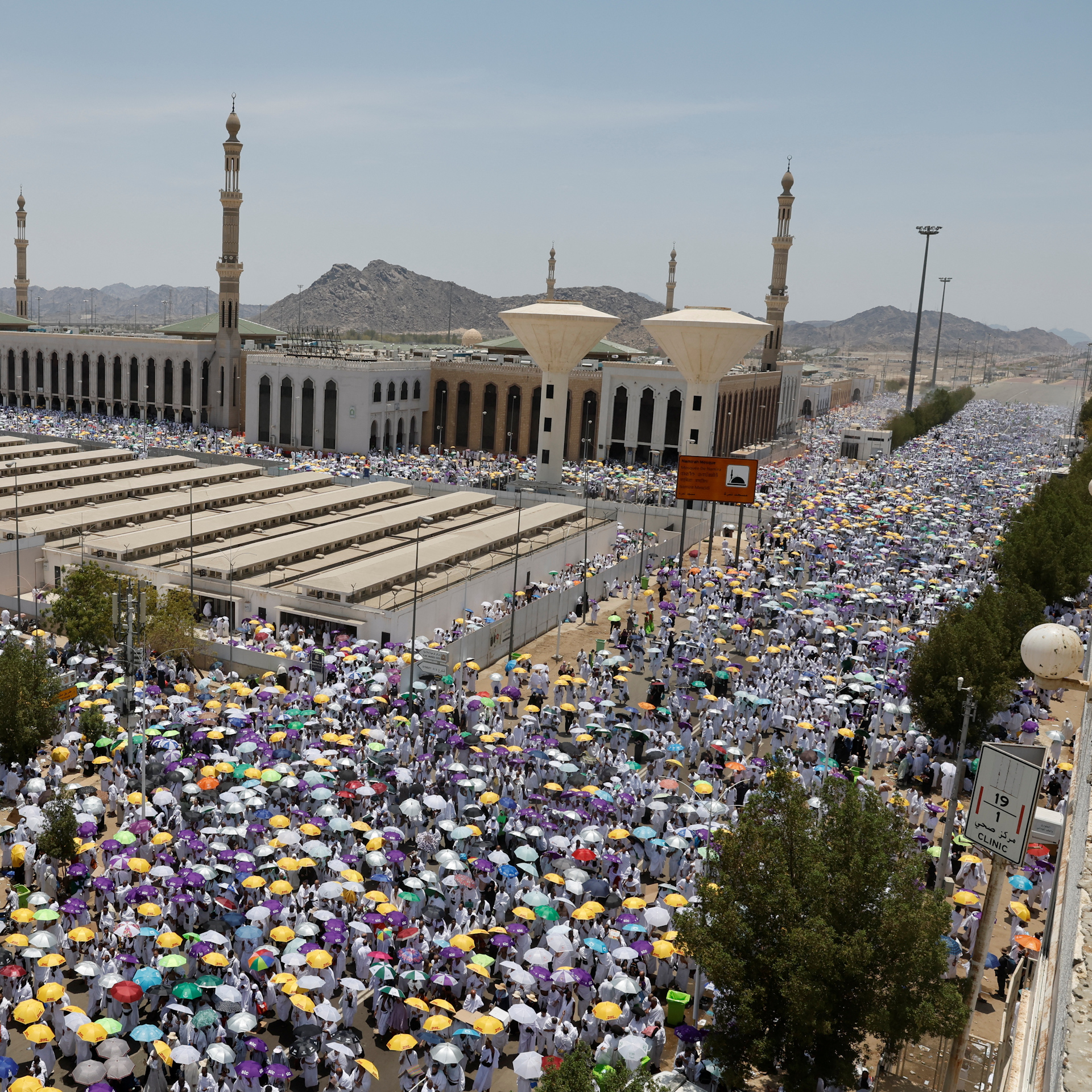 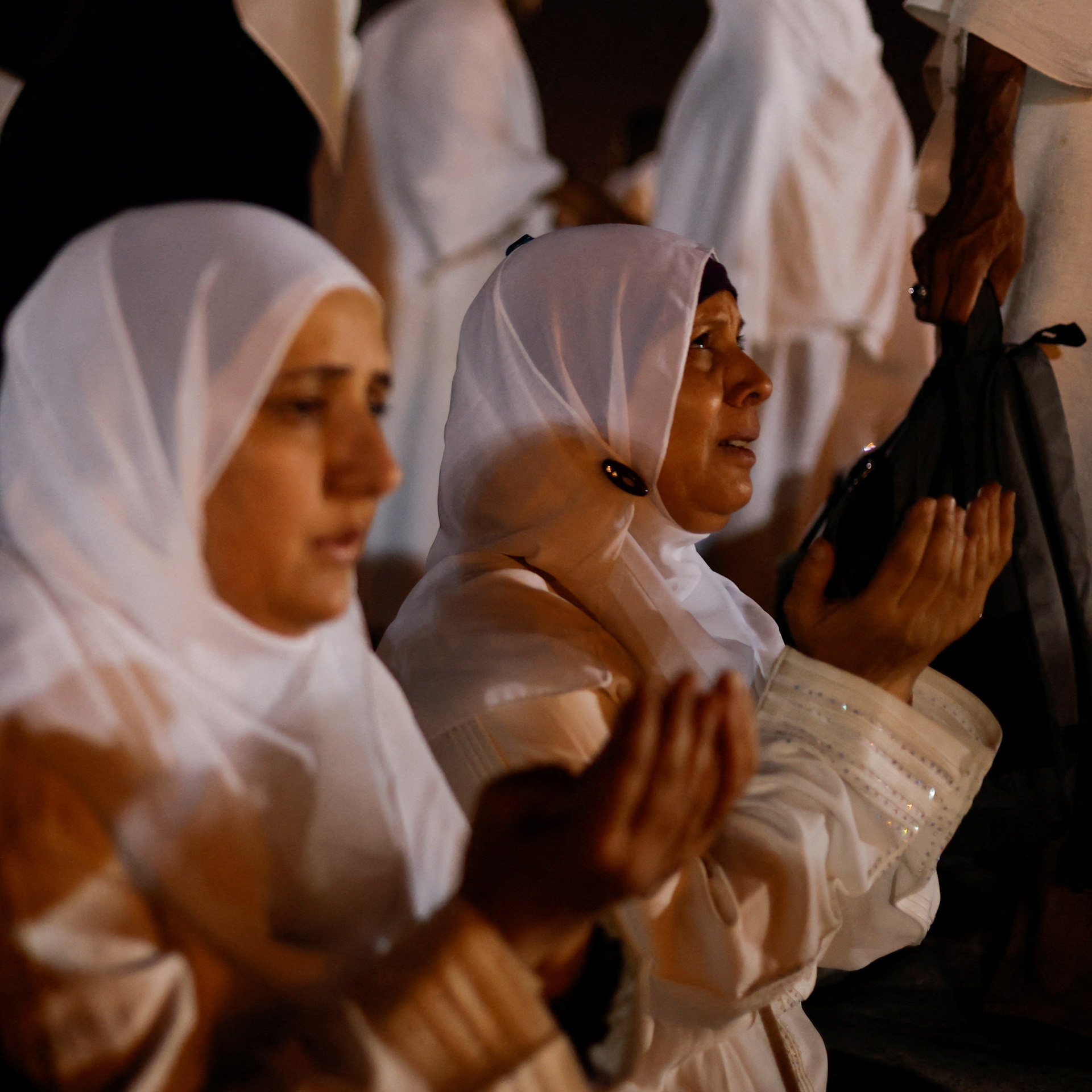 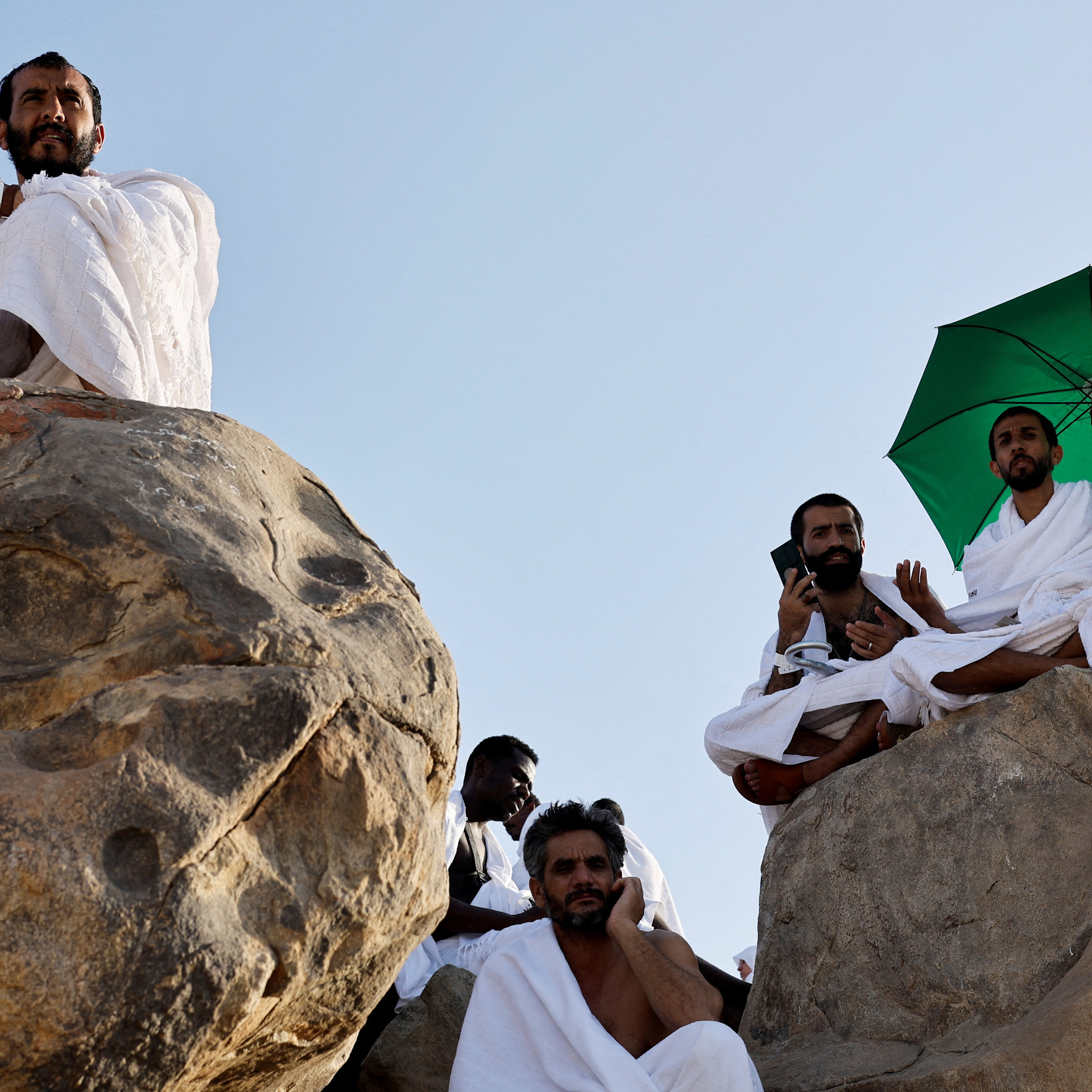 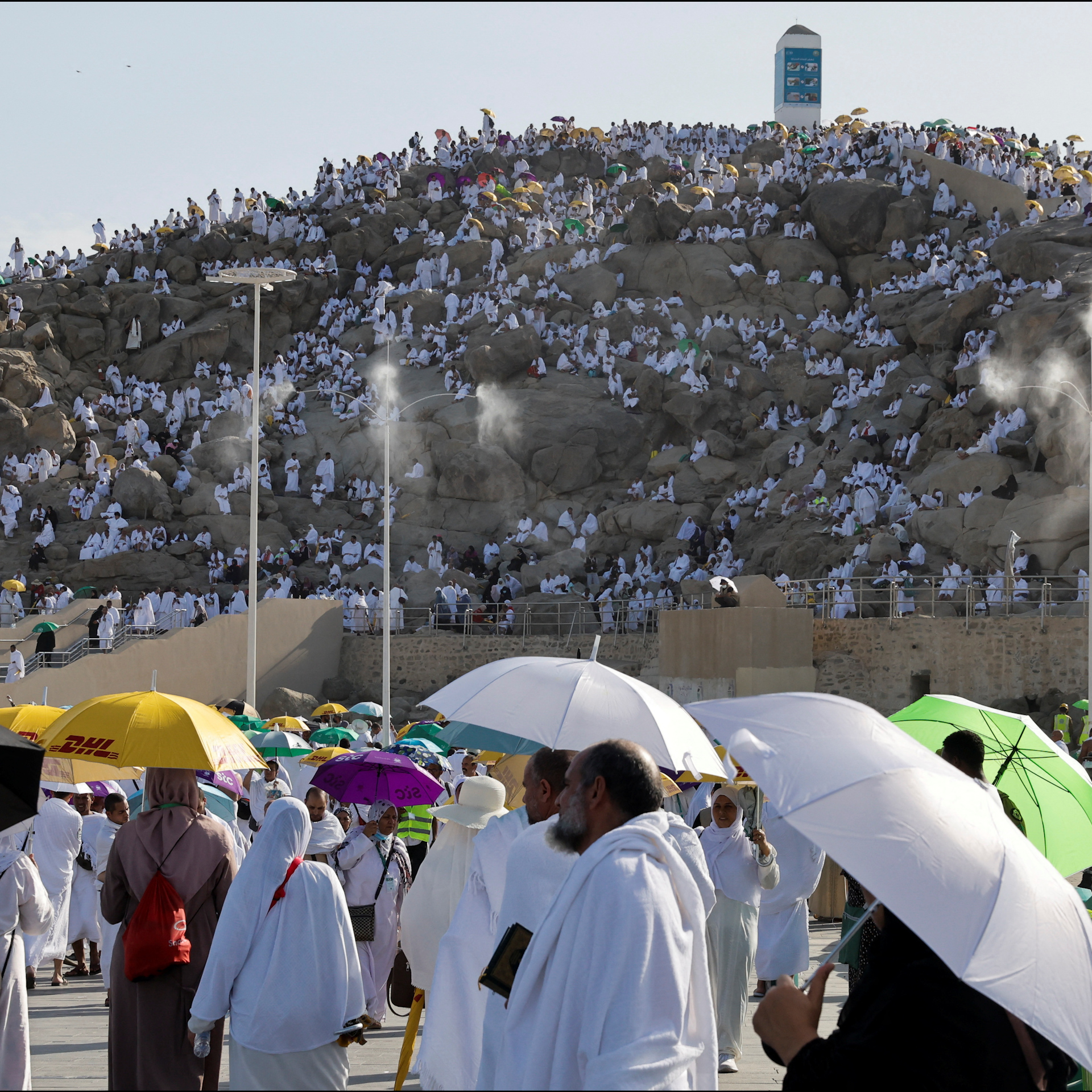 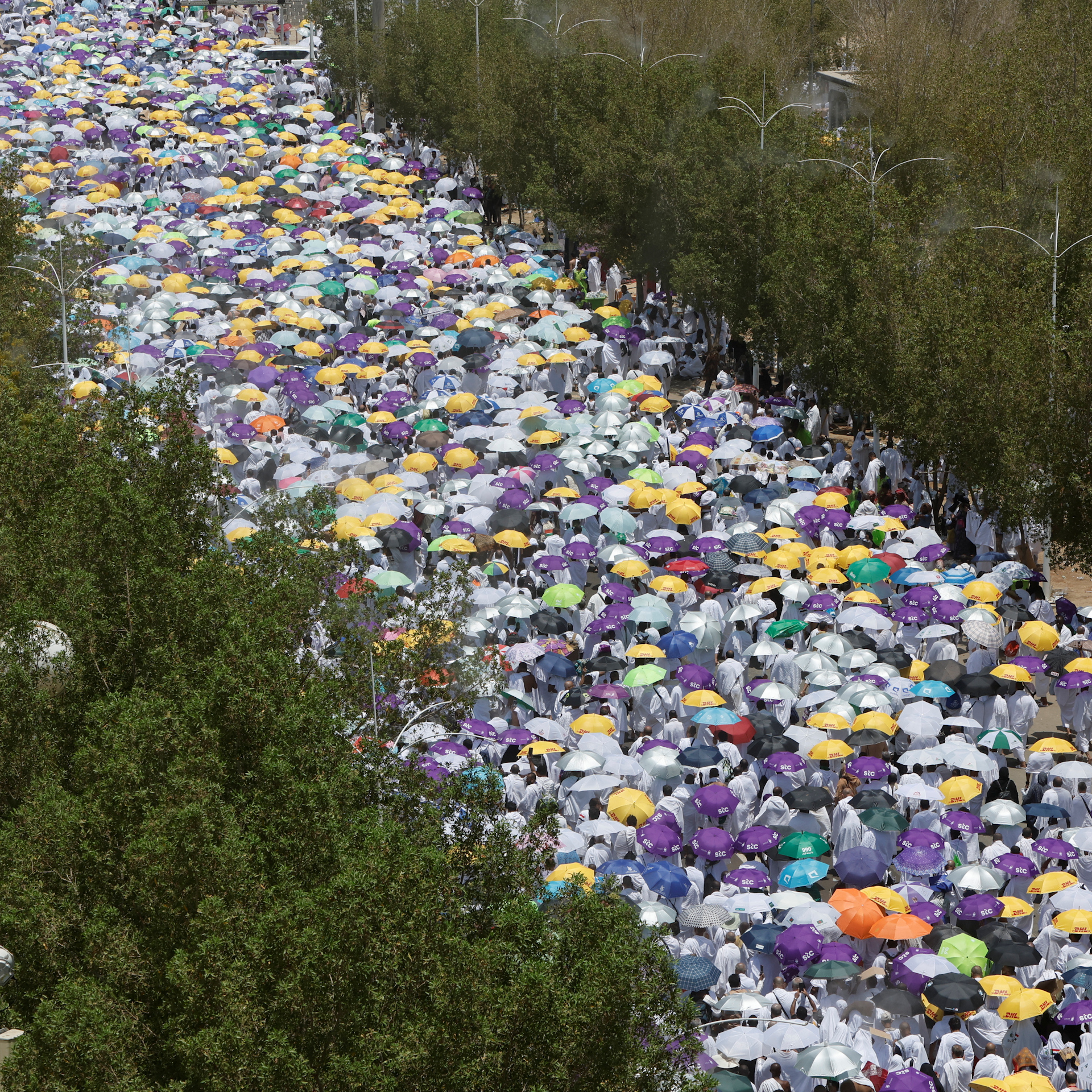 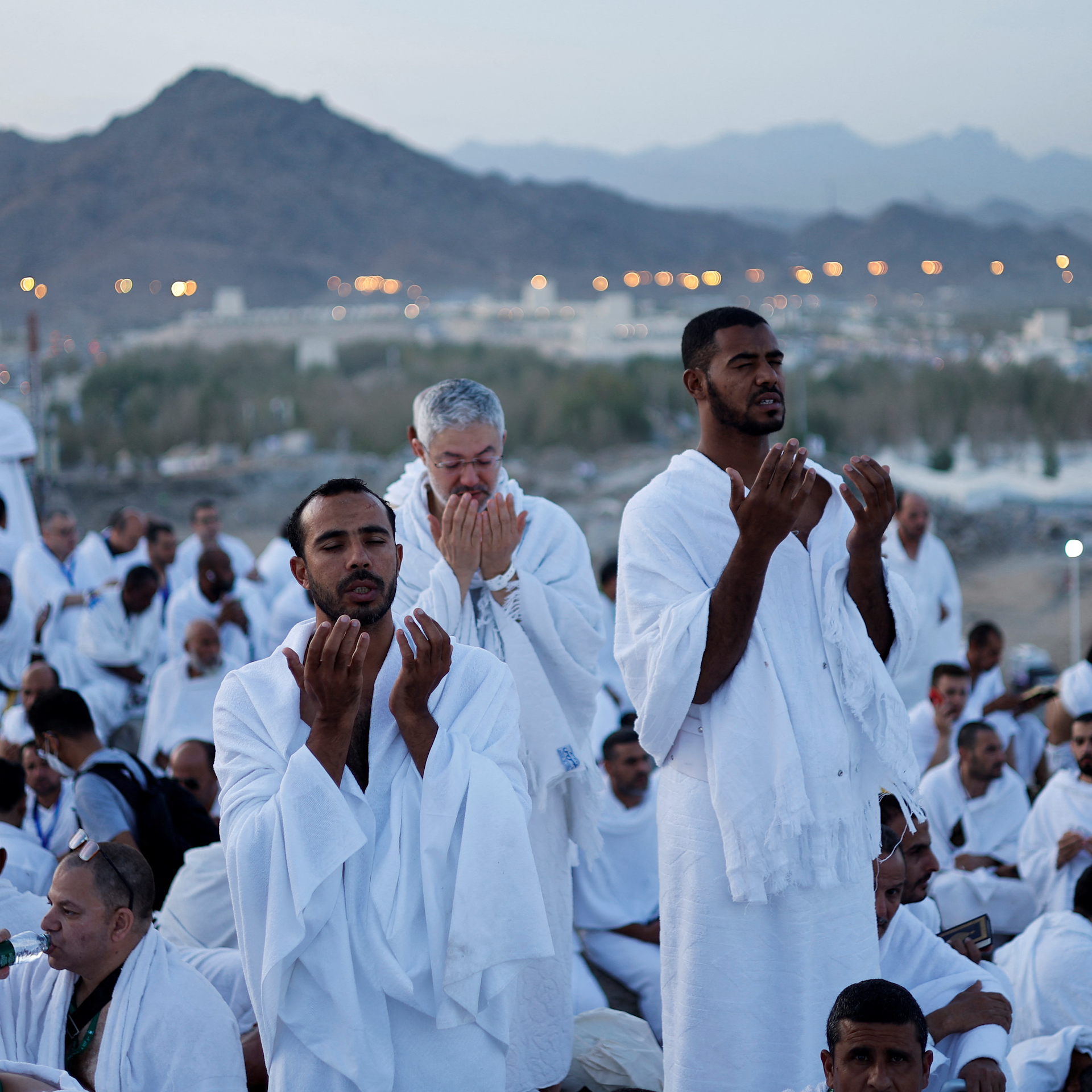 Around one million Muslim pilgrims gathered at sunrise on Friday at Saudi Arabia's Mount Arafat. There they raised their hands in supplication for forgiveness, peace, and mercy from God as the annual hajj pilgrimage neared its climax.

Pilgrims clad in white robes climbed the rocky Mount of Mercy, which oversees the plain of Arafat where the Prophet Mohammad held his last sermon.

Many Muslims not on hajj will spend this day fasting and in various states of contemplation and supplication.

Pilgrims will stay until sunset before moving to Muzdalifa plain where they will gather pebbles to throw at stone columns symbolizing the devil. The ritual stoning, known as Jamarat, marks the first day of Eid al-Adha, or the feast of sacrifice, which will be celebrated by Muslims across the globe on Saturday.