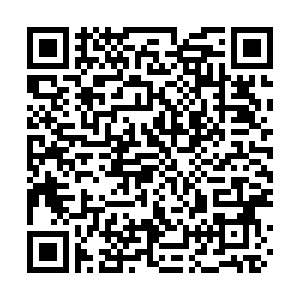 Venezuela's clothing industry is struggling to survive, decimated by years of economic decline and policies which have favored imported products. The Chamber of the Clothing Industry says the COVID-19 pandemic has only worsened the situation and the industry is working at limited capacity.

But some companies are now changing their products to survive or turning to the informal sector that's neither taxed or regulated.

Factory Owner, William Verdu's has been in the Venezuelan clothing industry for a decade.  Five years ago, the entrepreneur began his own sportswear brand.

He says despite the country's economic crisis, he's making efforts to keep his business running. Verdú says sometimes it is difficult to find fabrics so he has adapted his products considering what is available in the market.

"You need to trust, many people did not trust in the country, just a few," explains Verdú. "I filled myself with confidence in the worst times and turned it into an opportunity for myself."

Verdú has managed to stay open producing an average of 3,000 pieces of clothing per week - like sport shirts and school uniforms and he employs 30 people. However, the experience has not been as positive for everyone.

Two decades ago, there were 400 large Venezuelan clothing companies. Now, only about 20 companies remain, many going out of business or blending into the informal sector.

President of the Venezuelan Chamber of Clothing Industry, Roberto Rimeris says over the past few years, the sector has shrunk significantly due to several economic policies implemented including currency exchange and price controls.

"The clothing industry today is much smaller than 20 years ago," says Rimeris. "It is competing with imported products favored by local economic rules and with a lot of operational difficulties."

Difficulties range from competition from imported products exempt from tariffs, to the scarcity of materials and a lack of sufficiently trained personnel.

Currently, most of the fabrics used in Venezuela are imported making it even harder for local manufacturers to offer cheaper prices in comparison to imported goods.

Some private initiatives are helping to repair the damage in the sector.

The Venezuelan non-profit foundation Dressed with Dreams trains women and men on how to create and design clothing and gives them the skills to start their own businesses.

"There is a large shortage of seamstresses, so we need to prepare more people with sewing skills," Araujo said.

To wear Venezuelan brands from head to toe may be a challenge nowadays, but there's a new generation of garment workers that hopes to sew up a better future for their country.