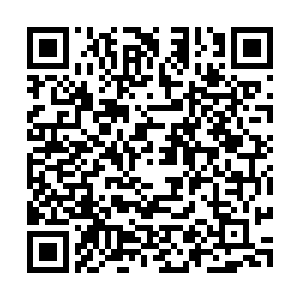 After Nancy Pelosi, another U.S. congressional delegation made an unannounced arrival on China’s Taiwan island on Sunday.

China firmly opposes any form of official exchange between the United States and Taiwan. ​Beijing says U.S. lawmakers should abide by the one-China policy pursued by the U.S. government ​and should stop official exchanges with Taiwan and not make irresponsible remarks.

“One-China principle is what underpins peace and stability across the Taiwan Strait. The true “guardrails” for peaceful coexistence between China and the US are the three China-US joint communiqués,” Chinese State Councilor and Foreign Minister Wang Yi said last week.

The three joint communiqués provide that the U.S. can only maintain cultural, commercial, and other unofficial relations with Taiwan. The executive, legislative and judicial branches are all part of the U.S. government.

The ​latest delegation’s visit is further proof that the U.S. is the one mak​ing repeated provocations and keep​ing tensions from easing, Chinese experts said.

U.S. politicians have used the visit to appear tough to Beijing and get votes for their midterm elections. But at what a cost?

To Taiwan, such visits by U.S. politicians are NOT helping their “partner,” but consuming it. Beijing could easily tighten their military blockade or economic sanctions on Taipei, with Beijing now taking an upper hand on both ​the economy and military strength in the Taiwan Strait.

To the world, if the U.S. triggers conflict in China’s Taiwan region, the seven billion people on the planet, including ordinary American​s, will face more soaring inflation, higher food prices, ​a worse​ning energy crisis, etc. Only Wall Street, arms dealers and warmongering U.S. politicians could profit from it, at the cost of the people.

To the U.S. politicians, visits to Taiwan may result in Beijing sanctions against themselves and their direct family members, like how China sanctioned Pelosi and her family after her trip by banning them from trading with Chinese firms. Cutting business with China these days means cutting profit.

Pelosi said “who cares?” to China’s sanctions against her. But what she didn’t say was that she also doesn’t care about the interests of Taiwan or her own voters.

All these costs are being paid because in today’s U.S. elections, appearing tough to the world’s No. 2 economy, without a rational calculation of consequences, can naturally gain votes. With this being said, is it safe to say that the U.S. voting system, claimed by some to be the “model of global democracy,” is in reality the “root of global trouble”?