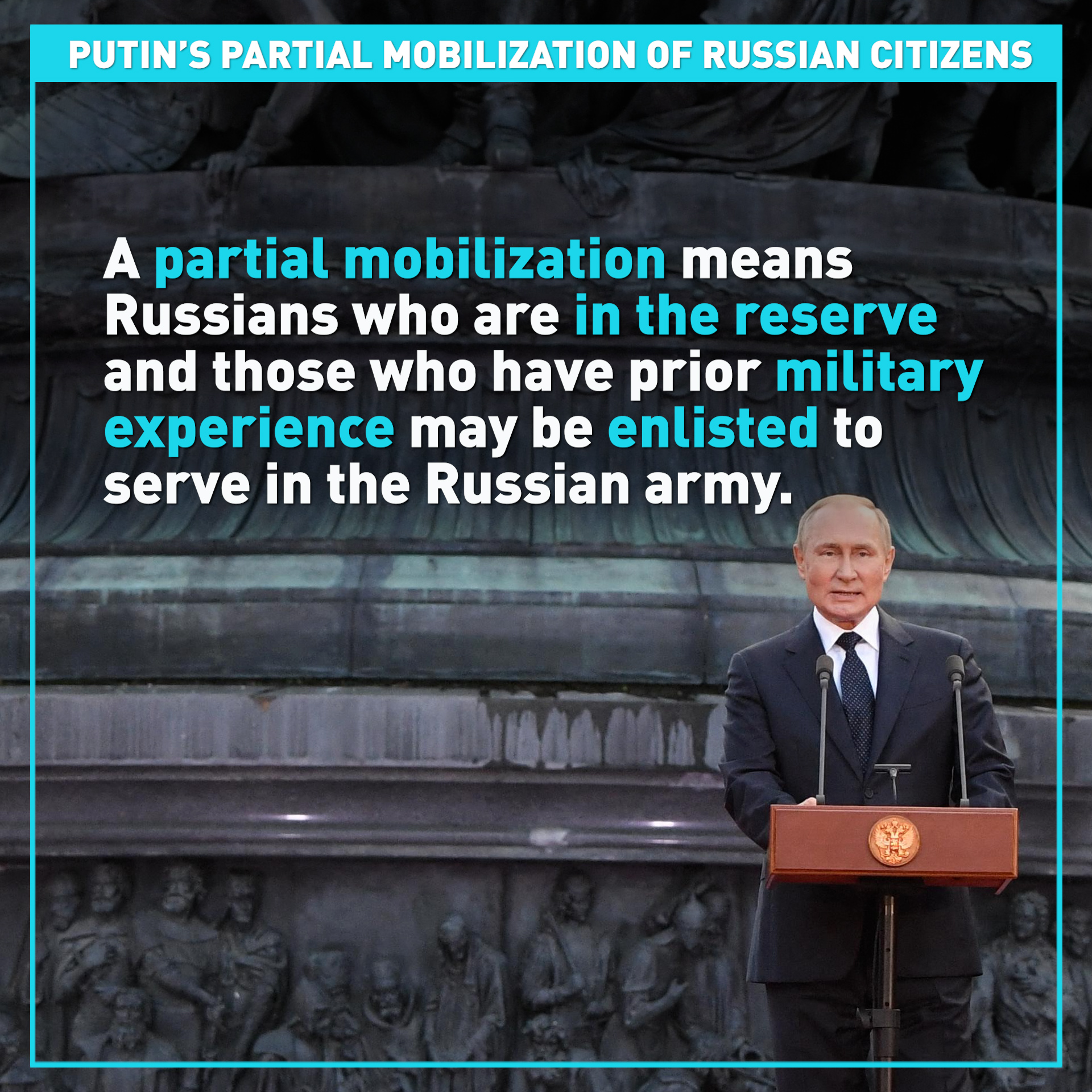 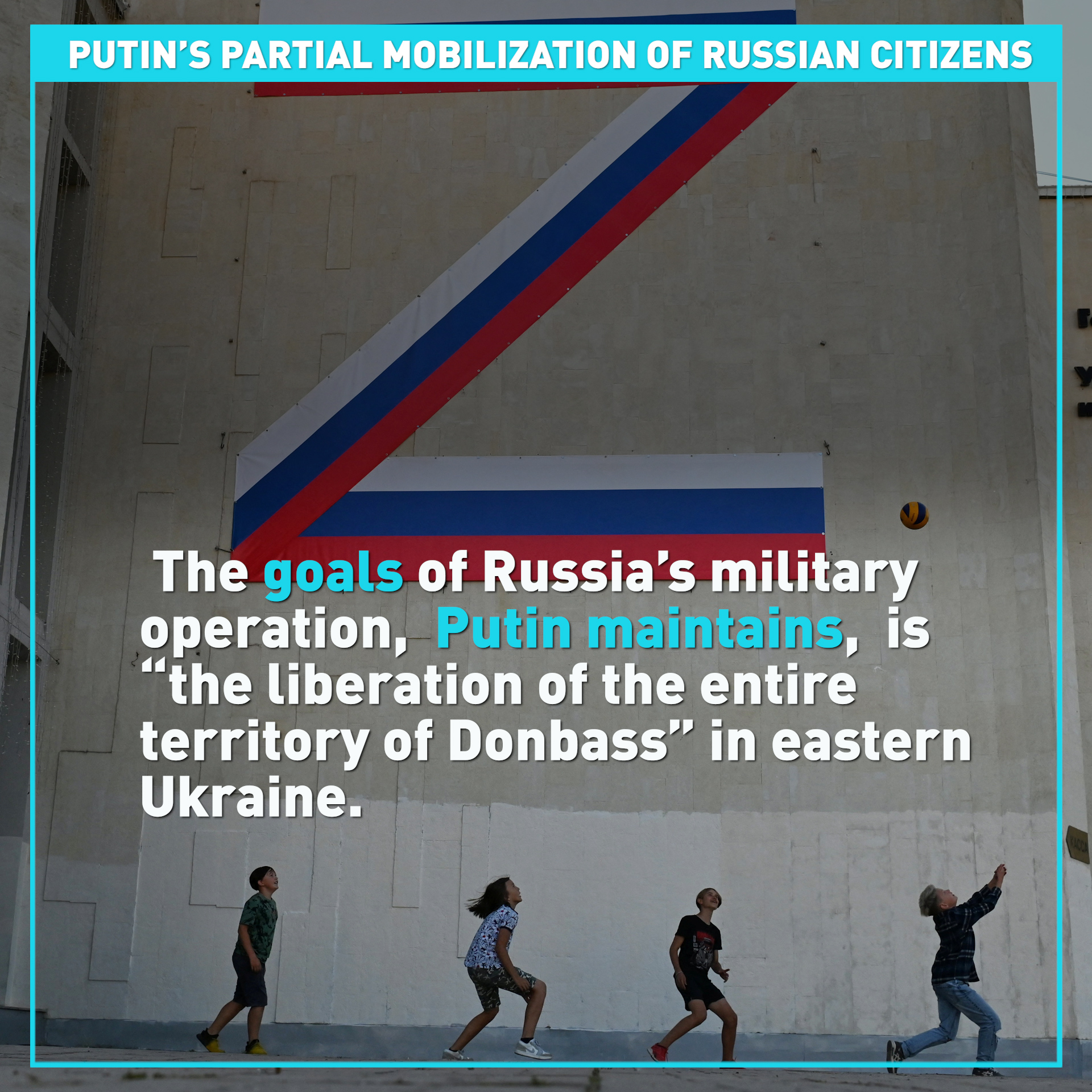 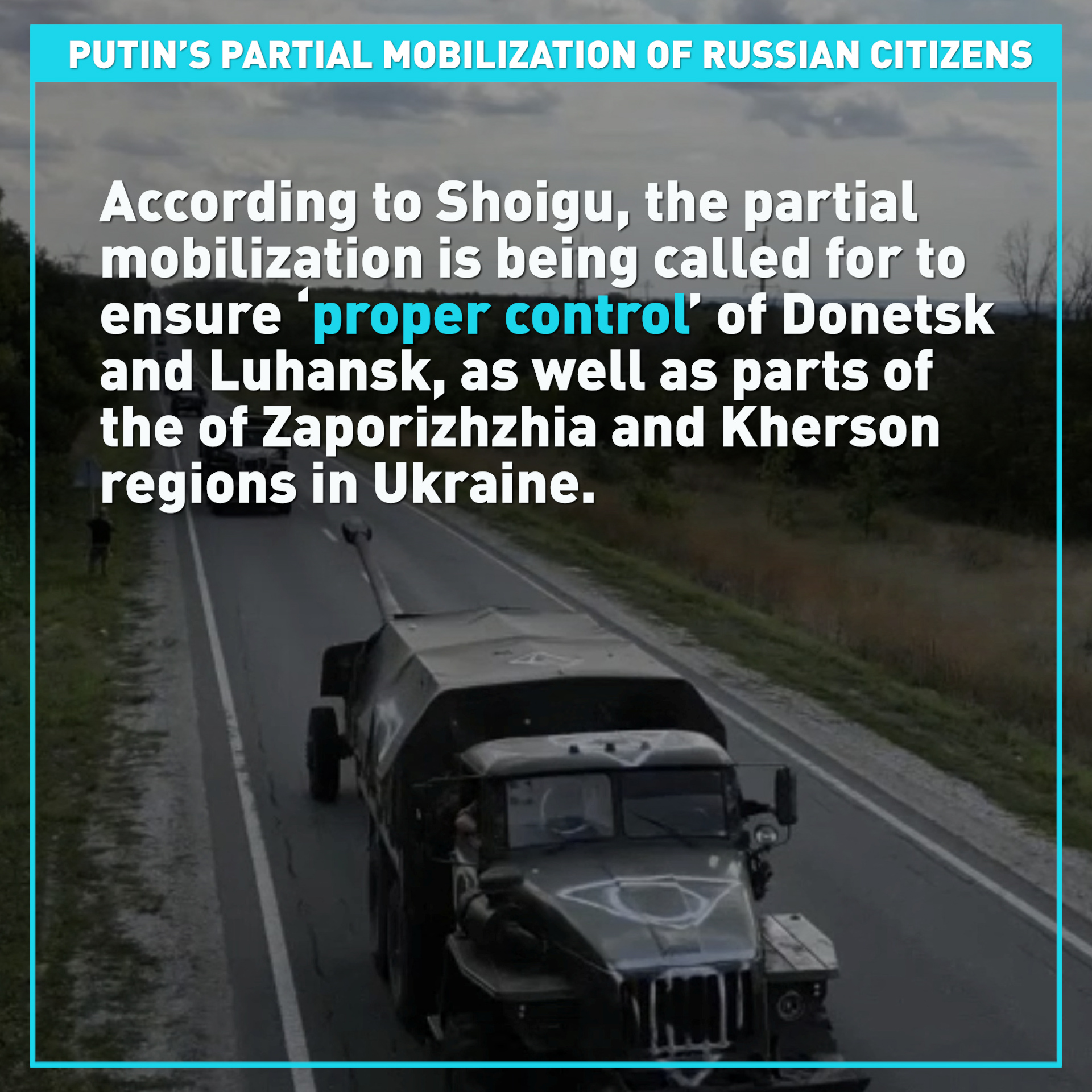 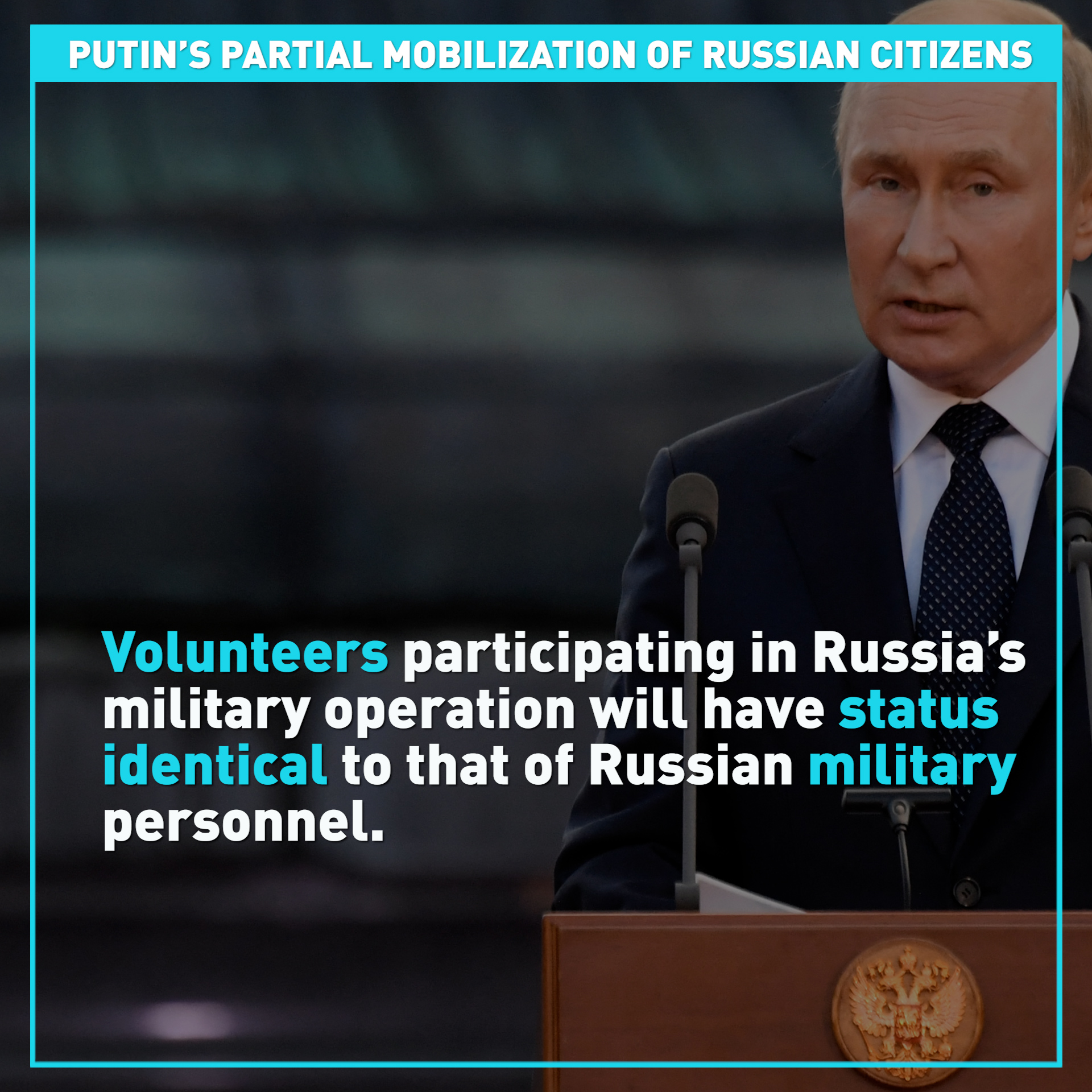 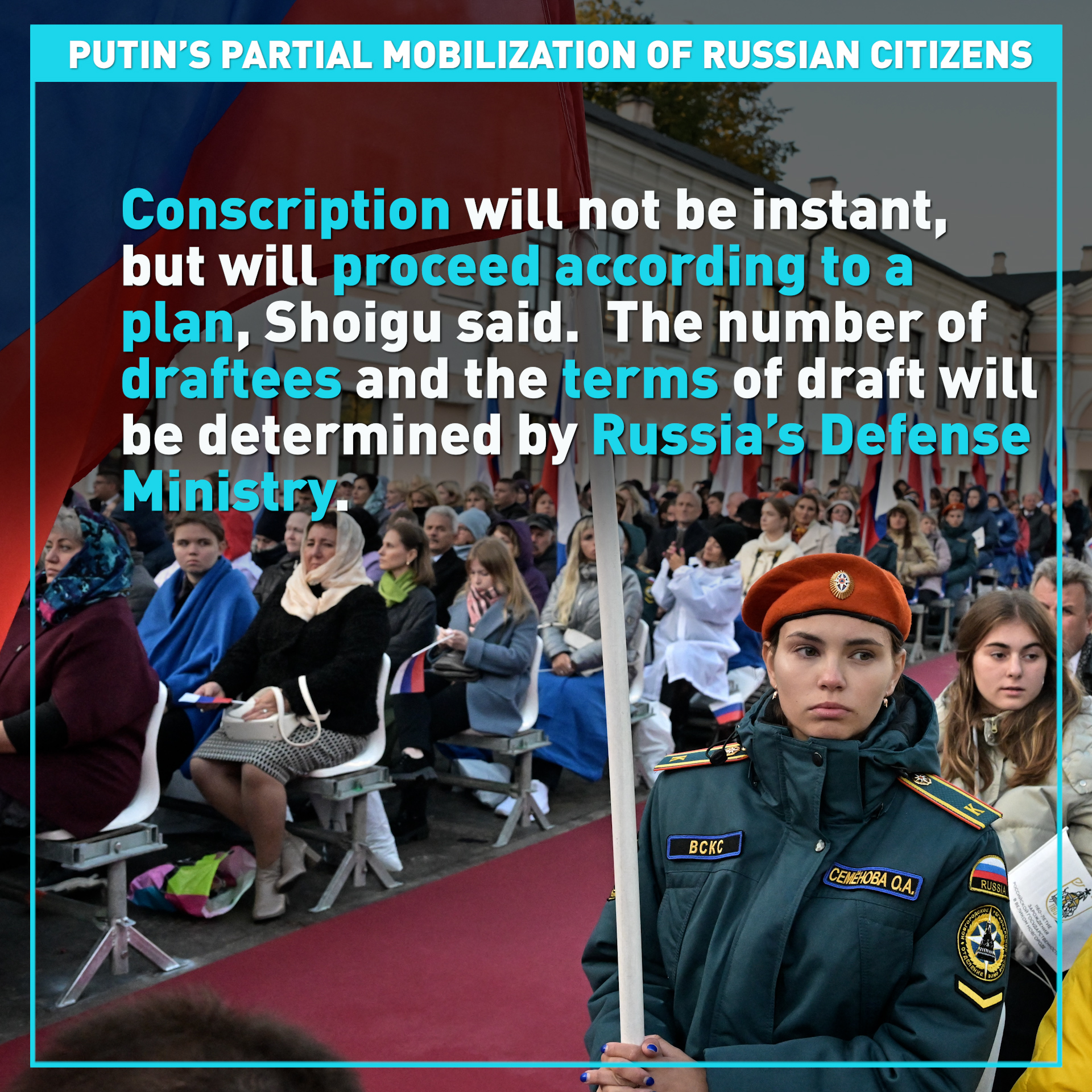 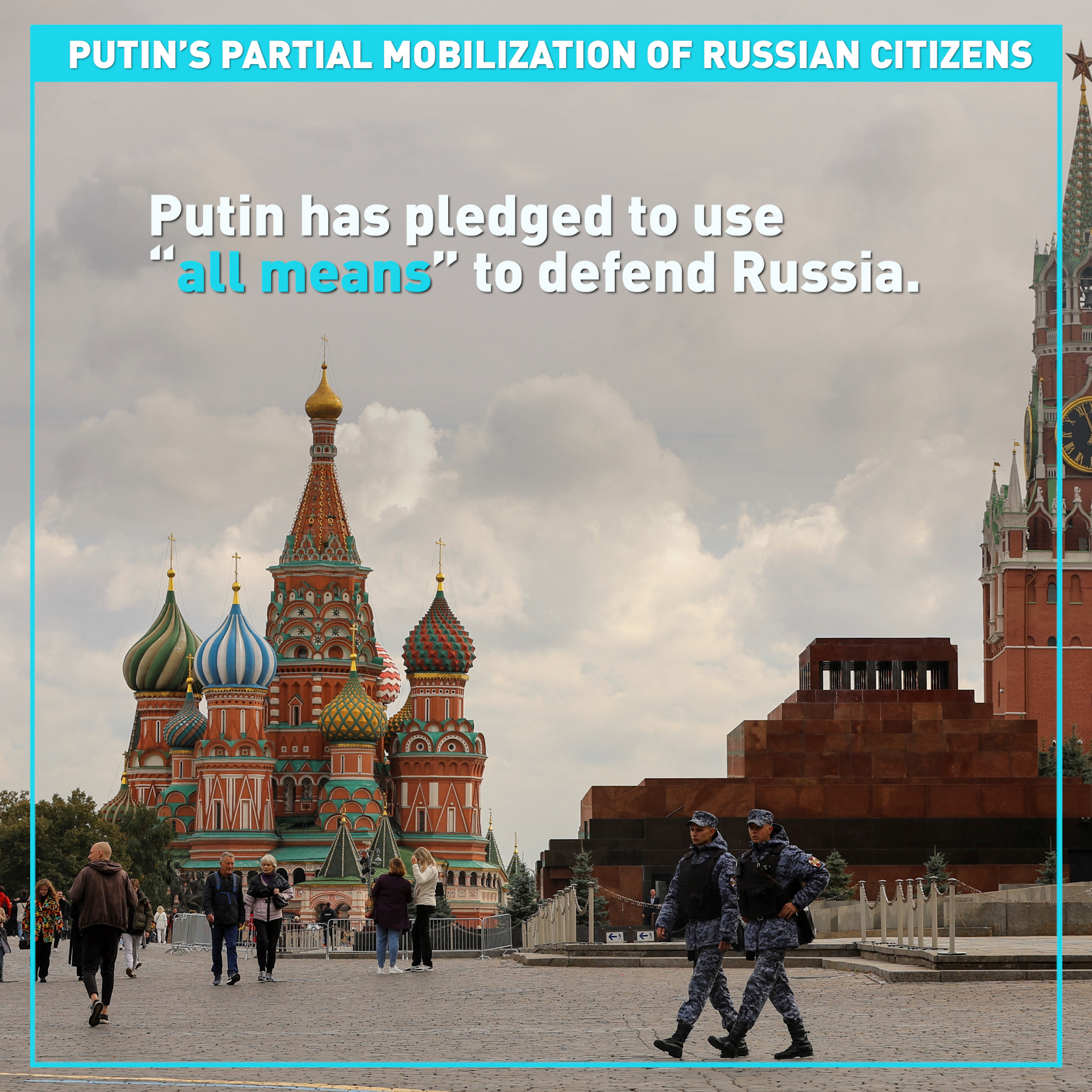 A partial mobilization means Russians who are in the reserve and those who have prior military experience may be enlisted to serve in the Russian army.

Russian President Putin has pledged to use “all means” to defend Russia.

Russian Defense Minister Sergei Shoigu said the country will immediately call on 300,000 reservists from the country’s reserves of close to 25 million people, to “hold the line at the front” in Ukraine.

Putin said the partial mobilization is “To protect our motherland, its sovereignty and territorial integrity, and to ensure the safety of our people and people in the liberated territories.”Russian university students will be exempt from conscription.  The goal of Russia’s military operation,  Putin maintains,  is “the liberation of the entire territory of Donbass” in eastern Ukraine.

The partial mobilization begins on September 21, no date of its termination is set. Conscription will not be instant, but will proceed according to a plan, Shoigu said.

The number of draftees and the terms of draft will be determined by Russia’s Defense Ministry.

According to Shoigu, the partial mobilization is being called for to ensure ‘proper control’ of Donetsk and Luhansk, as well as parts of the of Zaporizhzhia and Kherson regions.

Volunteers participating in Russia’s military operation will have status identical to that of Russian military personnel.