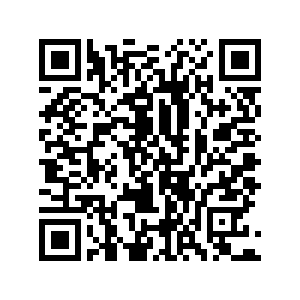 On September 21,Chinese State Councilor and Foreign Minister Wang Yi met with EU High Representative for Foreign Affairs and Security Policy Josep Borrell on the sidelines of the 77th session of the United Nations General Assembly (UNGA 77) in New York.

Wang Yi said that the current world is entering a period of turbulence and change. As two major forces in a multi-polar world, China and the EU should shoulder their due responsibilities, adhere to the basic positioning of mutual strategic partnership, and maintain a good momentum of dialogue and communication.

China believes that the EU will adhere to its strategic independence and jointly promote the stability and long-term development of China-EU relations. The first is to adhere to mutual benefit and win-win results, and resist decoupling and chain breaking. The second is to uphold multilateralism and oppose camp confrontation. The third is to insist on seeking common ground while reserving differences, not treating each other as an opponent, and not reducing cooperation due to competition. The two sides should hold a new round of high-level strategic dialogue as soon as possible, and strive to carry out high-level dialogues on economy, trade, eco society, digital and people-to-people cultural exchanges within this year.

China and the EU should also strengthen dialogue and cooperation in macroeconomics, finance, supply chain, energy, climate change and other fields to jointly address global challenges.

Borrell said that today's world is out of order, and European stability is facing challenges. The EU attaches great importance to China's status and role as a major power, and China is indispensable for coping with global challenges and maintaining the post-war order. The EU is willing to maintain strategic communication with China and give full play to the role of high-level dialogue mechanisms in various fields. The EU is deeply worried about the possibility of nuclear proliferation, and hopes that China will exert important influence and jointly find a way to solve the problem.

Wang Yi said that the situation in Ukraine is showing a trend of long-term expansion, and the negative spillover effects are becoming more and more serious, which China does not want to see. The immediate priority is a ceasefire and an end to the conflict. China will neither stand idly by nor add fuel to the fire, and will continue to play its role in its own way. At the same time, we support the EU and major European countries to continue to actively mediate and make every effort to strive for peace.