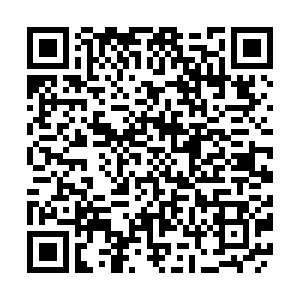 Democrats and Republicans in the United States are gearing up for the 2022 midterm elections on November 8. How the voting turns out could lead to a shift of power in the U.S. Congress.

A recent survey by the Pew Research Center showed that voters in both parties are highly motivated to vote, and 65 percent of registered voters say that it really matters which party wins control of Congress. 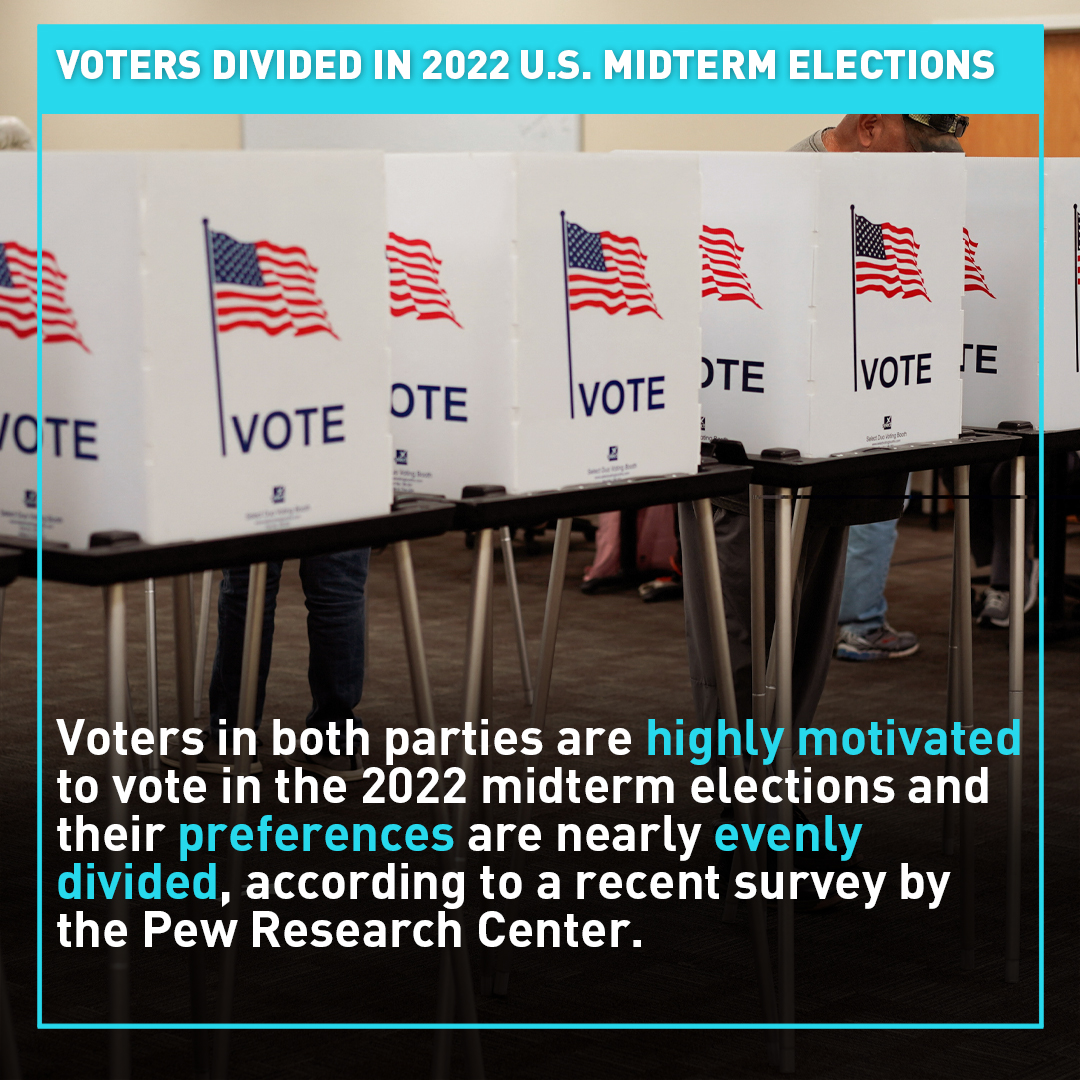 The races for many of the Senate and House of Representative seats are closely contested.

The survey also found that among all registered voters, Republican supporters are more likely than Democrats to say that their party will grab majority seats in the Senate and House. 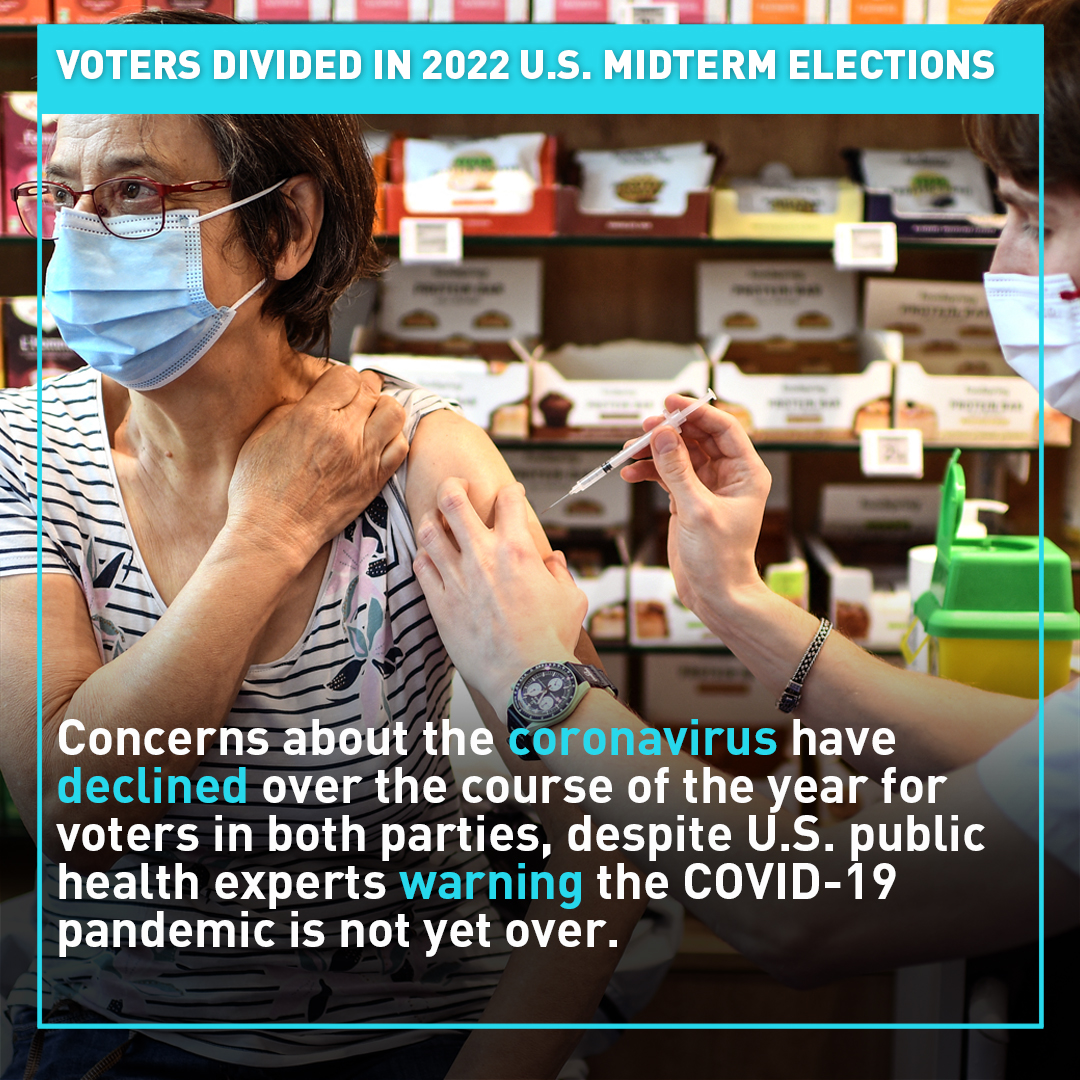 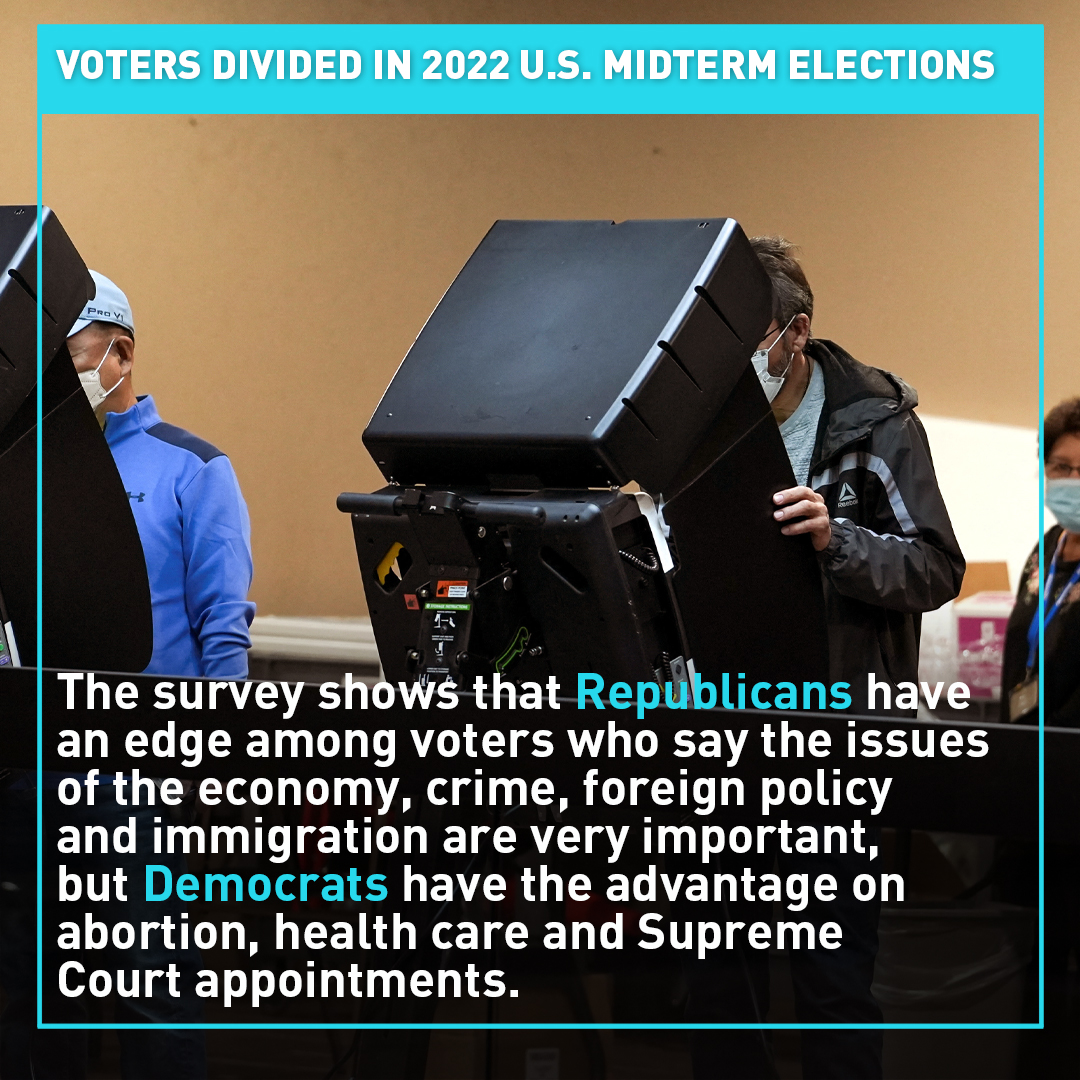 Overall, the state of the U.S. economy ranks highest among the 18 issues included on the survey. 79 percent of the registered voters say that it will be key to their voting decisions. Inflation and specifically the cost of food and consumer goods, energy and housing remain the dominant economic concern.

Other top issues include the future of democracy in the country, education, health care, energy policy and violent crime.

Concerns about the coronavirus outbreak have been significantly lowered from the priority issue ranking by voters in both parties. Democratic voters are more likely than Republicans to say that it's very important to their vote (32% vs. 12%).

The Pew Research Center has found that the COVID-19 pandemic as an important voting issue has declined over the course of the year. Now about a quarter of the voters included the coronavirus outbreak in their voting priority issues, compared to a third of voters in March.

Meanwhile, voters' preferences vary greatly depending on which issues they prioritize. The survey showed that Republican candidates have the advantage on economy, crime, foreign policy and immigration, but Democratic candidates hold a wide lead among voters who prioritize abortion, health care, and Supreme Court appointments. 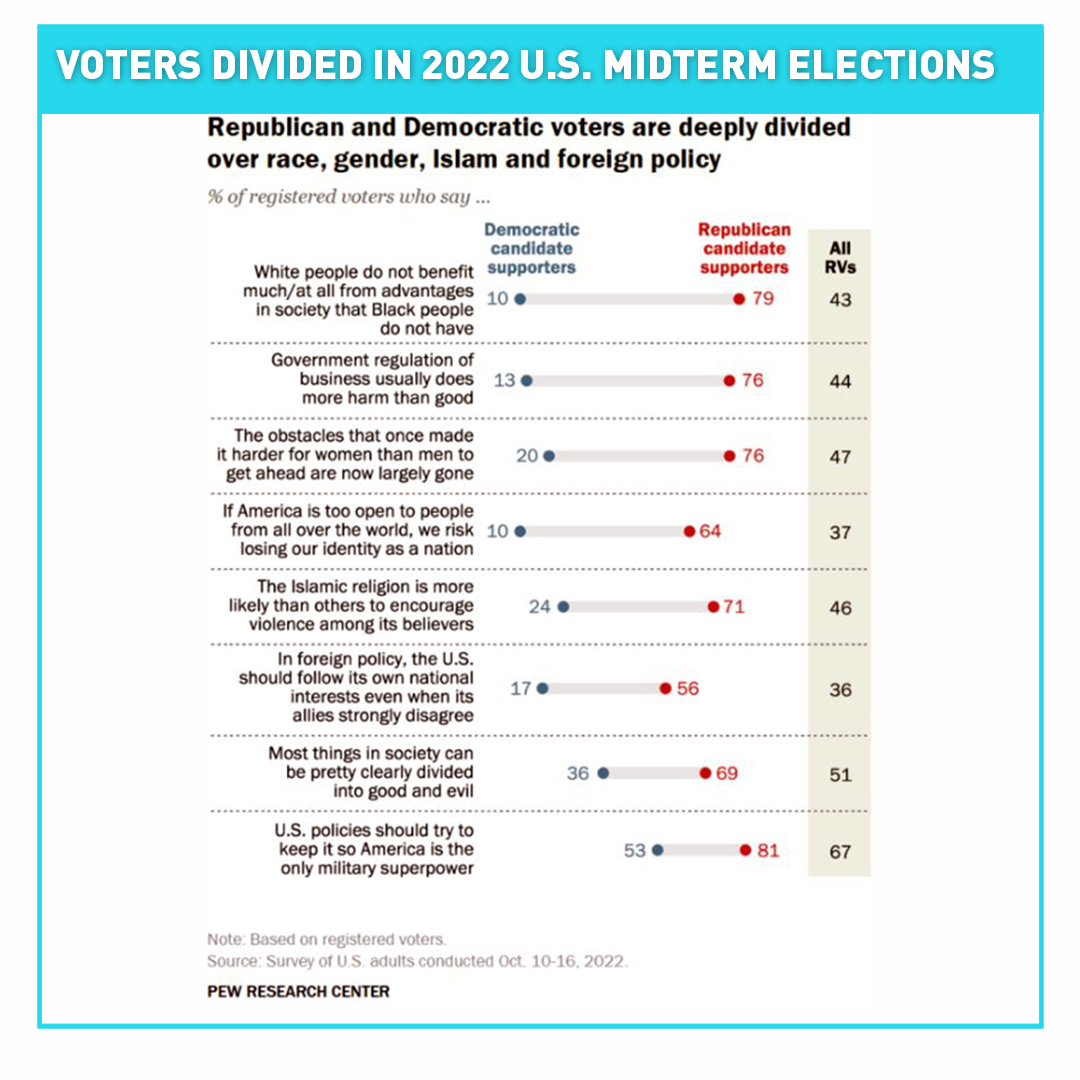 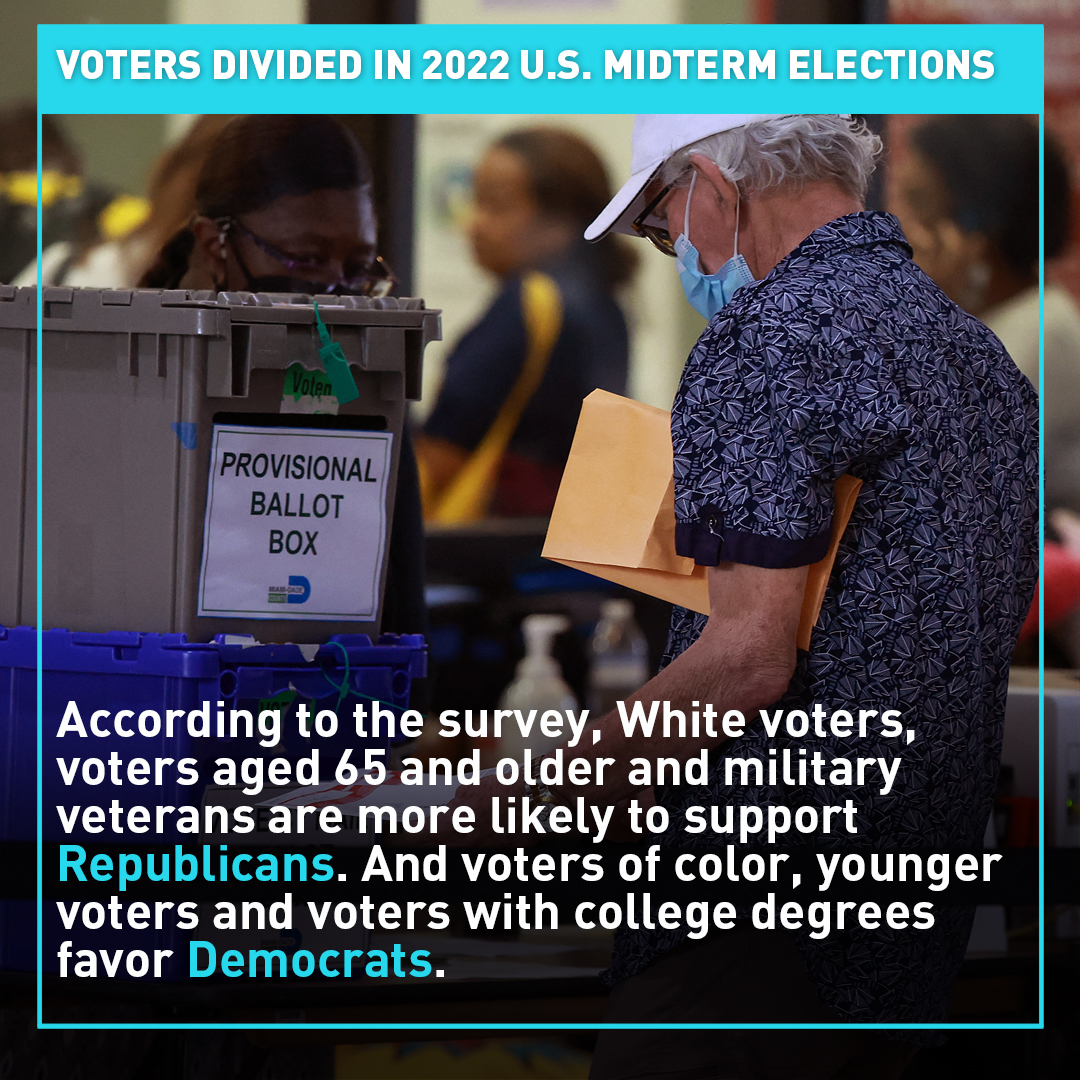 In addition, the survey also found that Republican and Democratic voters appear to be deeply divided in beliefs and attitudes on racial inequality, gender gap, the impact of government regulation on business, Islam, America's openness to people from around the world and foreign policy.

According to the survey, White voters, voters aged 65 and older and military veterans are more likely to support Republicans. And voters of color, younger voters and voters with college degrees favor Democrats.