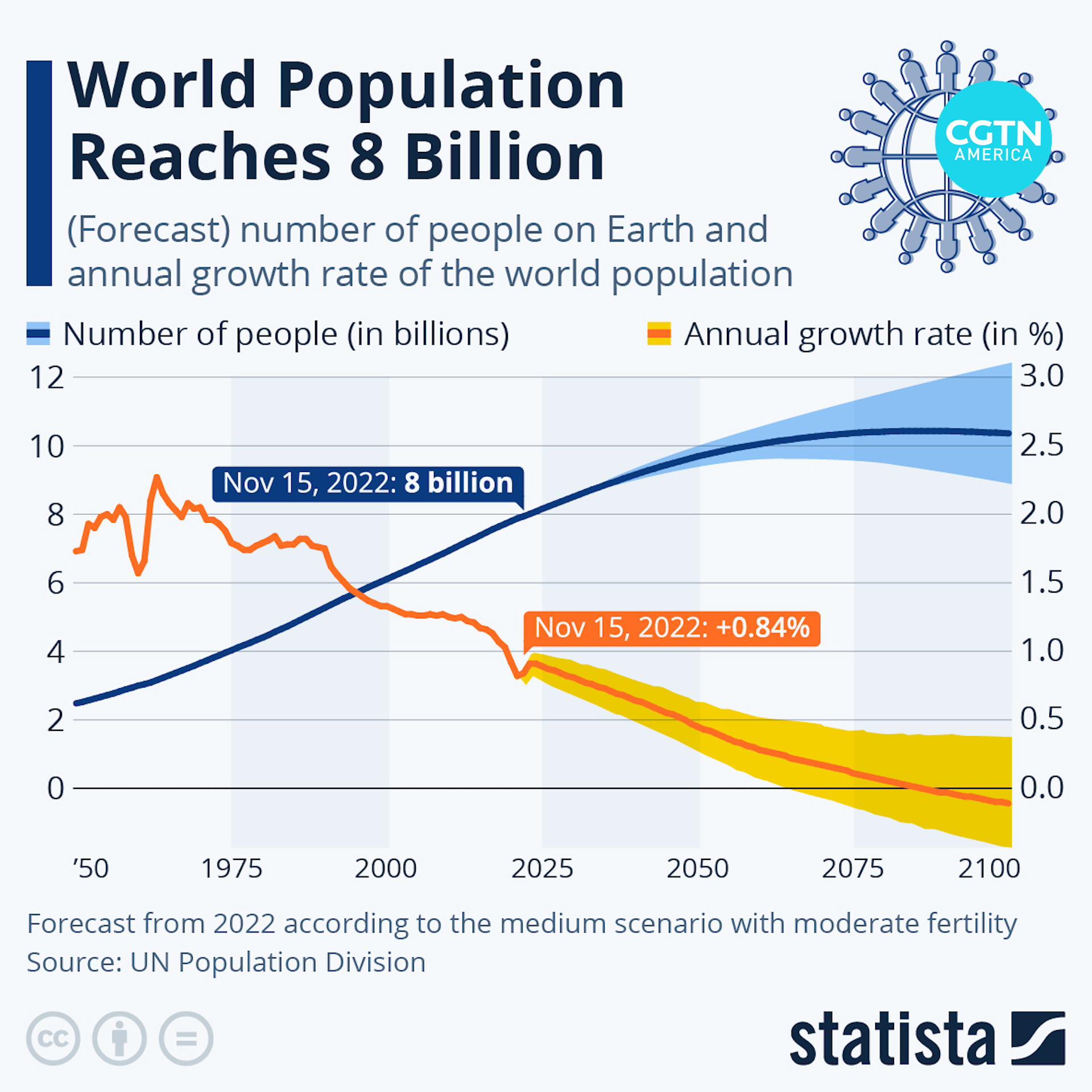 The global population reached eight billion on Tuesday, according to projections by the United Nations.

"Humans are incredibly adaptable and can find ways to make it work," John Wilmoth, director of the U.N. population division, told the Washington Post. "The challenge is the speed of change."

The U.N. predicts the world’s population will peak at 10.4 billion in 2086. It credits this growth to advancements in technology and medicine.

It took 12 years for the global population to grow from 7 billion to 8 billion, with the largest jump happening over the last 70 years, according to U.N. data. 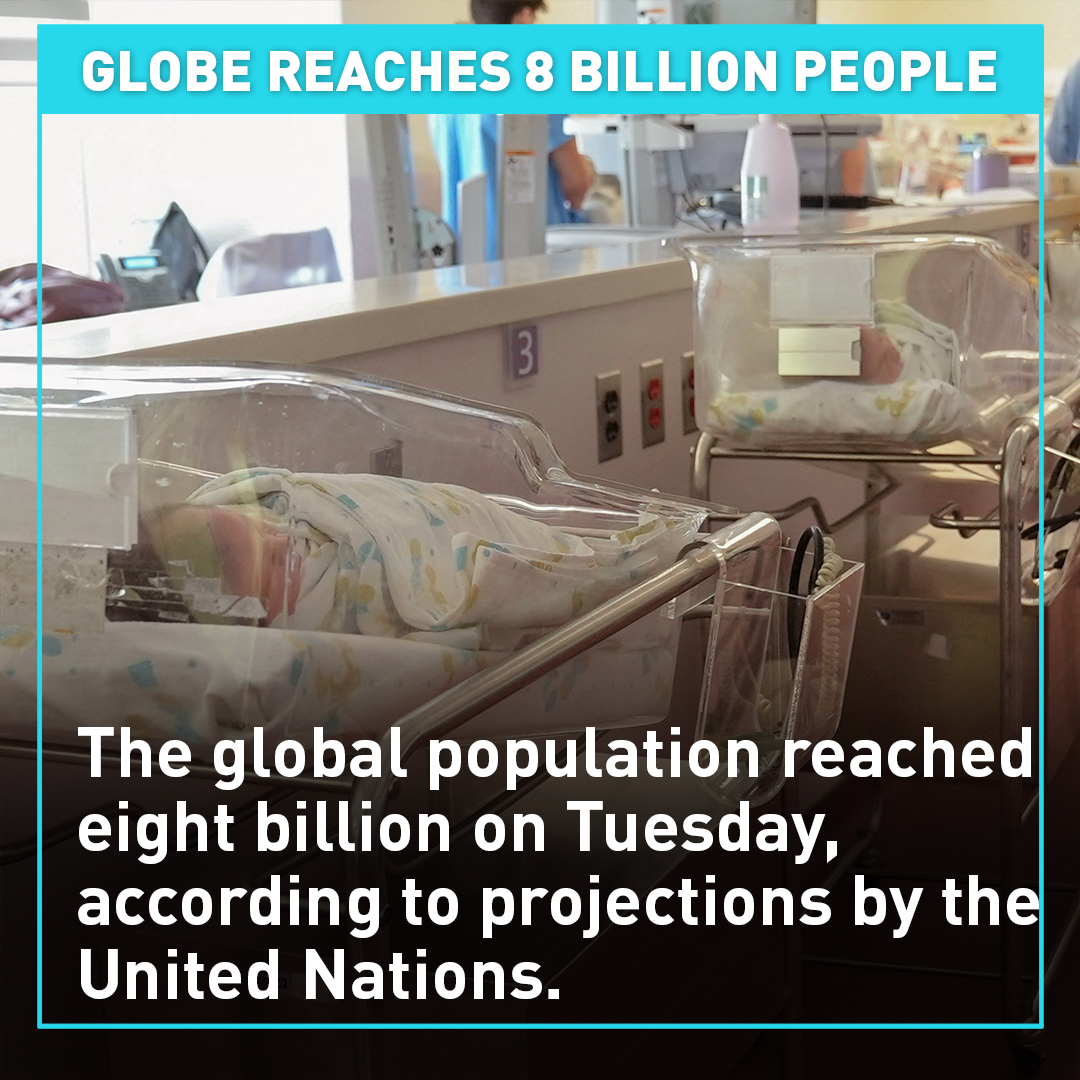 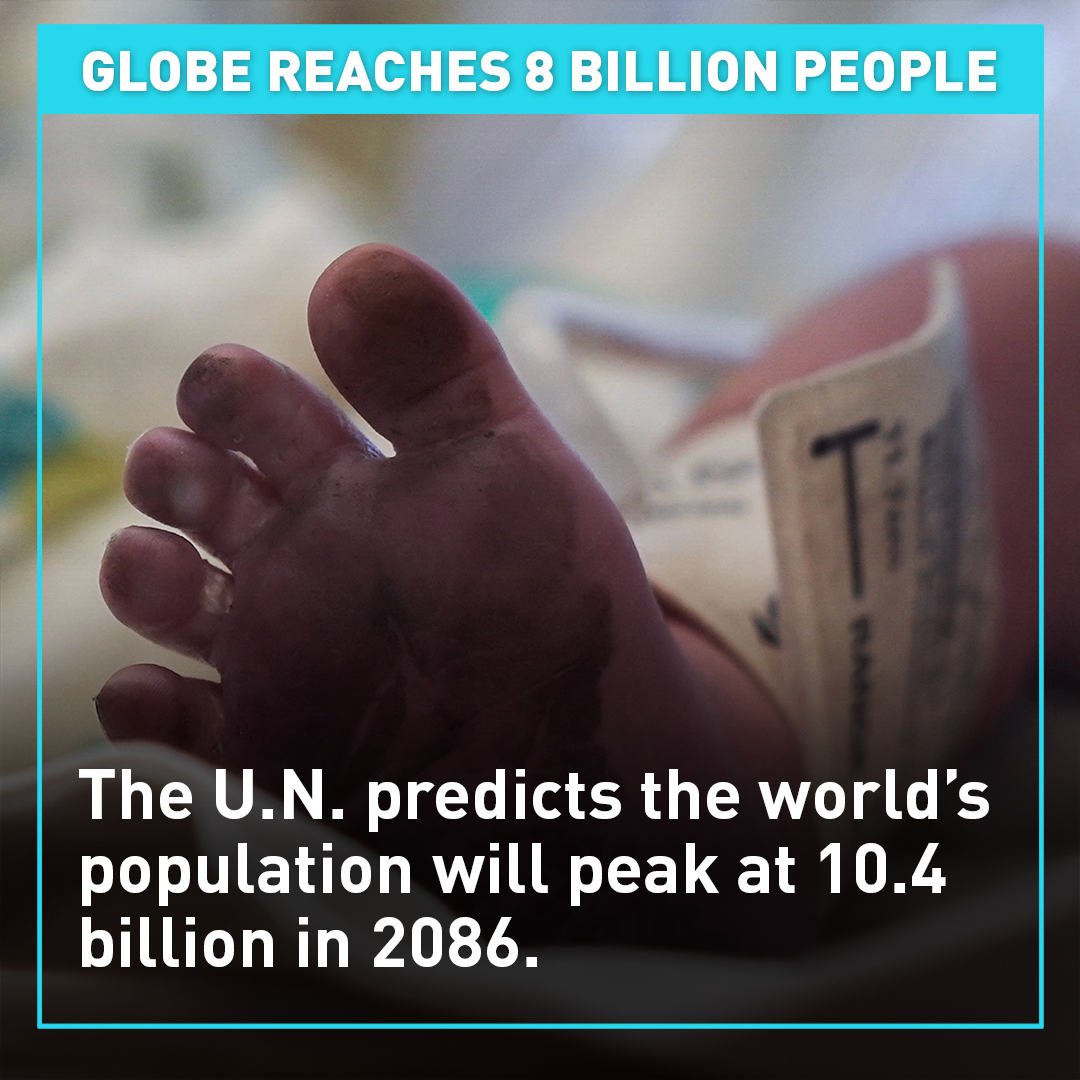 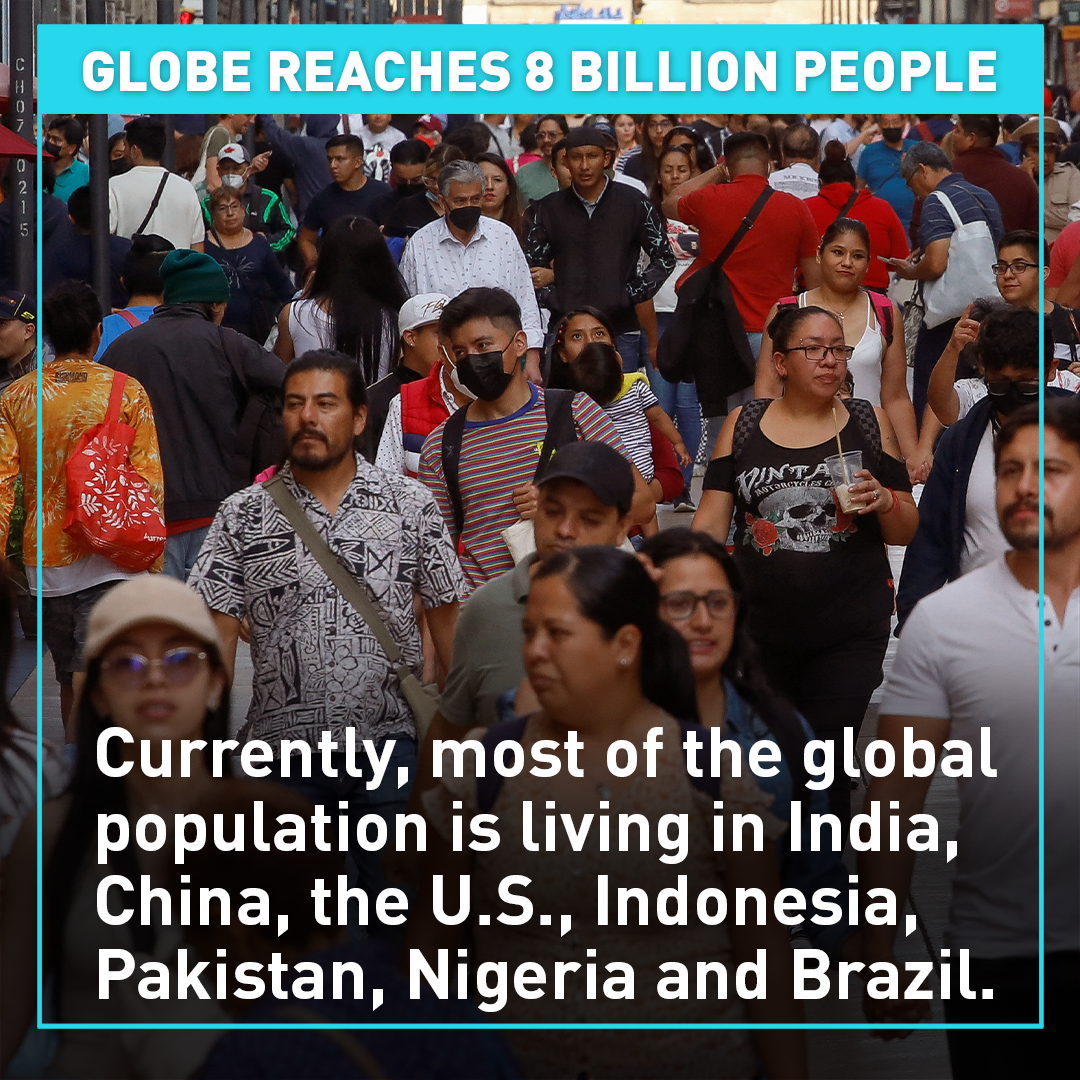 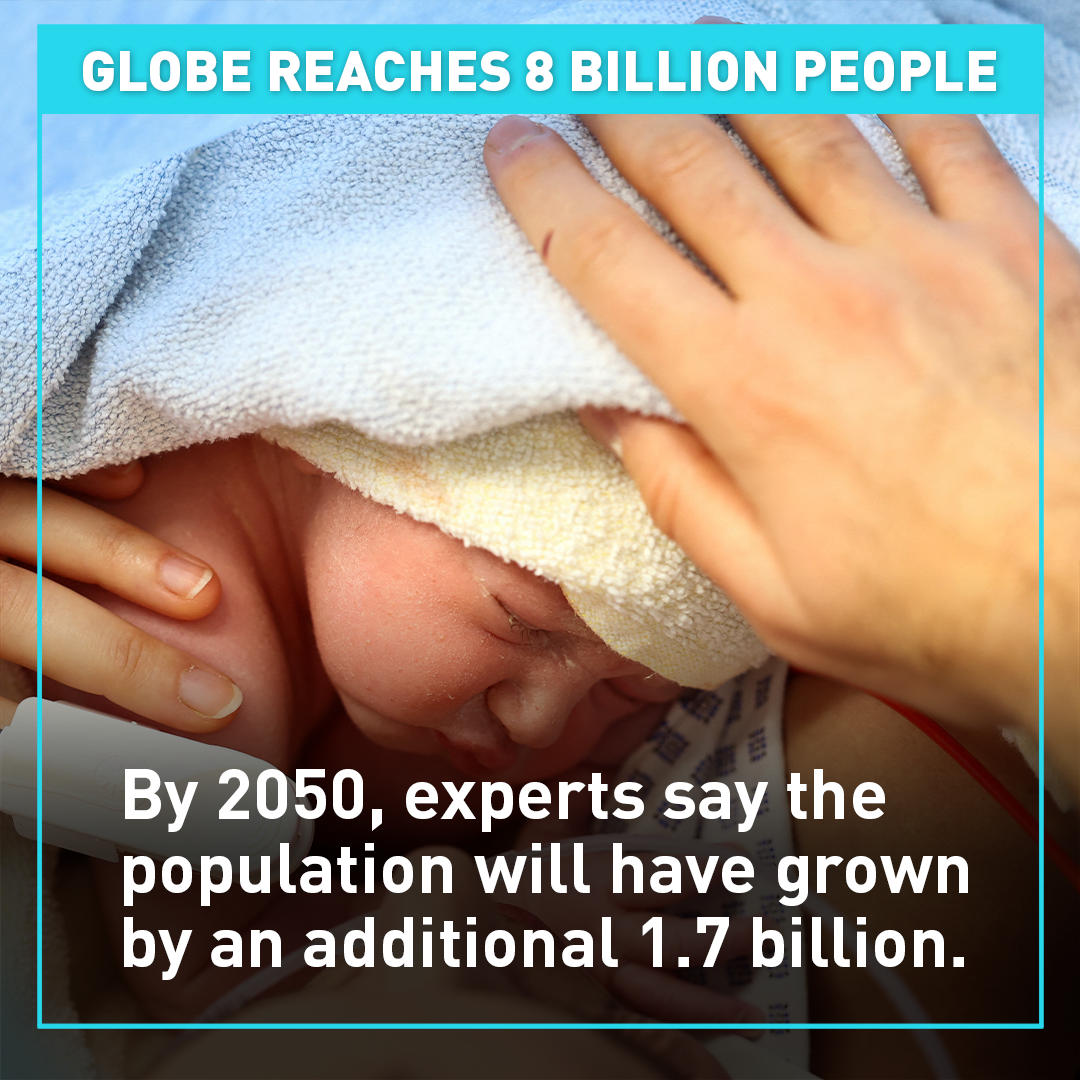 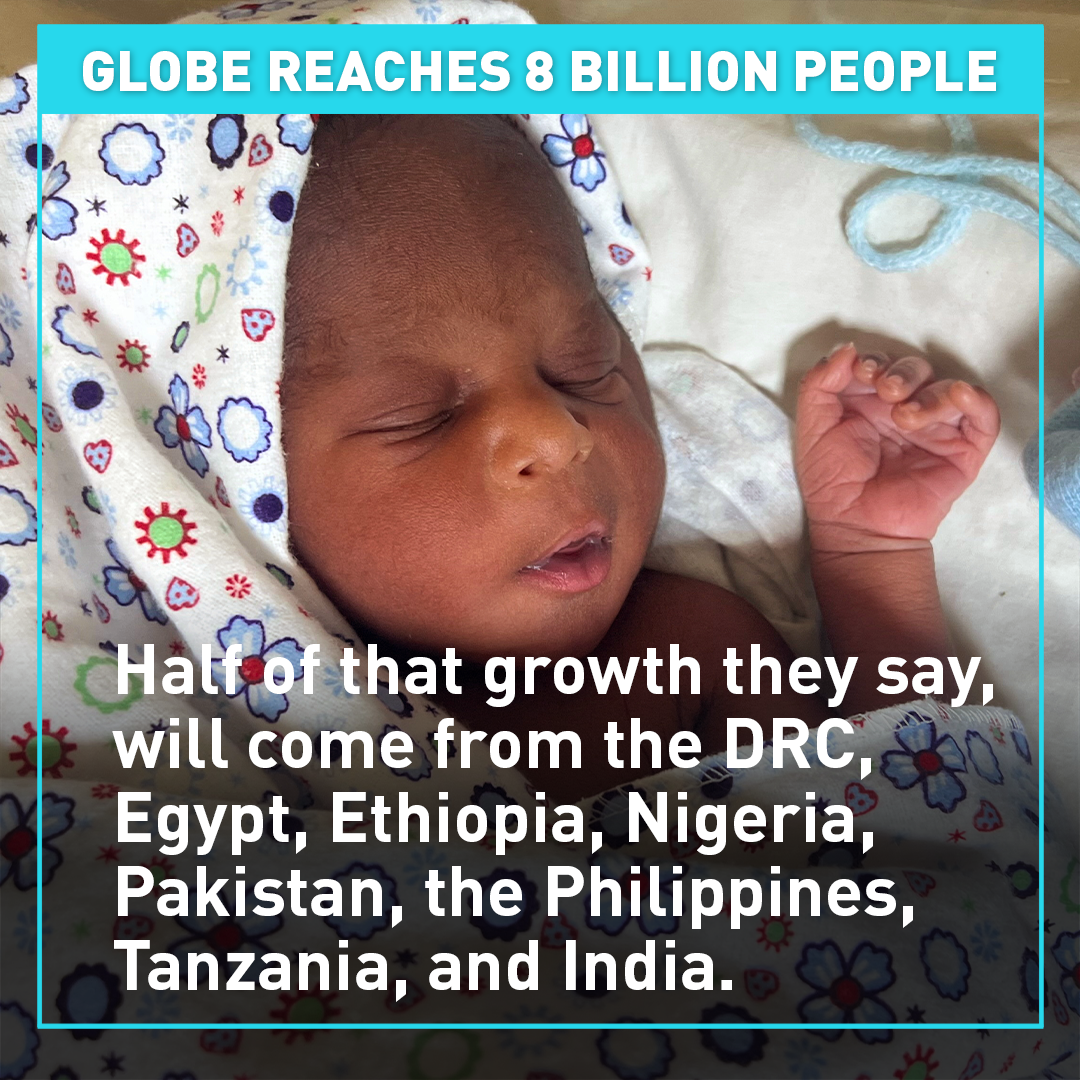 Currently, most of the global population is living in India, China, the U.S., Indonesia, Pakistan, Nigeria and Brazil.

By 2050, experts say the population will have grown by an additional 1.7 billion.

Half of that population growth, they say, will come from the Democratic Republic of the Congo, Egypt, Ethiopia, Nigeria, Pakistan, the Philippines, Tanzania, and India.

According to the U.N., countries with the highest fertility levels tend to have the lowest income per capita, and global growth has been concentrated in those nations.

While the population milestone is being hailed by the U.N. as a sign of human success, it also sees risk ahead. Nations seeing spikes in population may struggle more to achieve their developmental goals.

Climate change, overconsumption by the wealthy, and scarce resources are key issues of concern as experts track growing populations.

In regions where these are already top concerns, the situation is predicted to get worse. 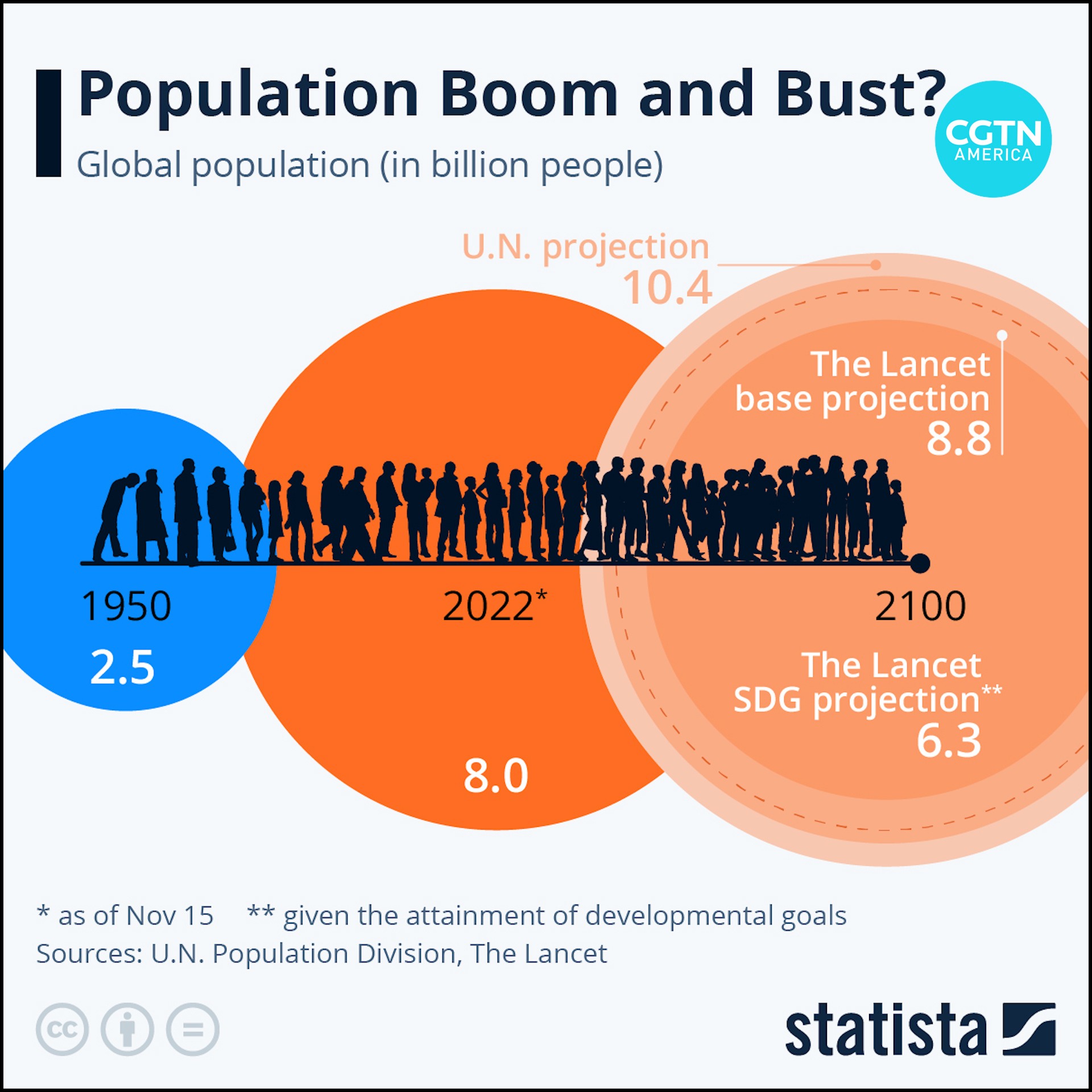 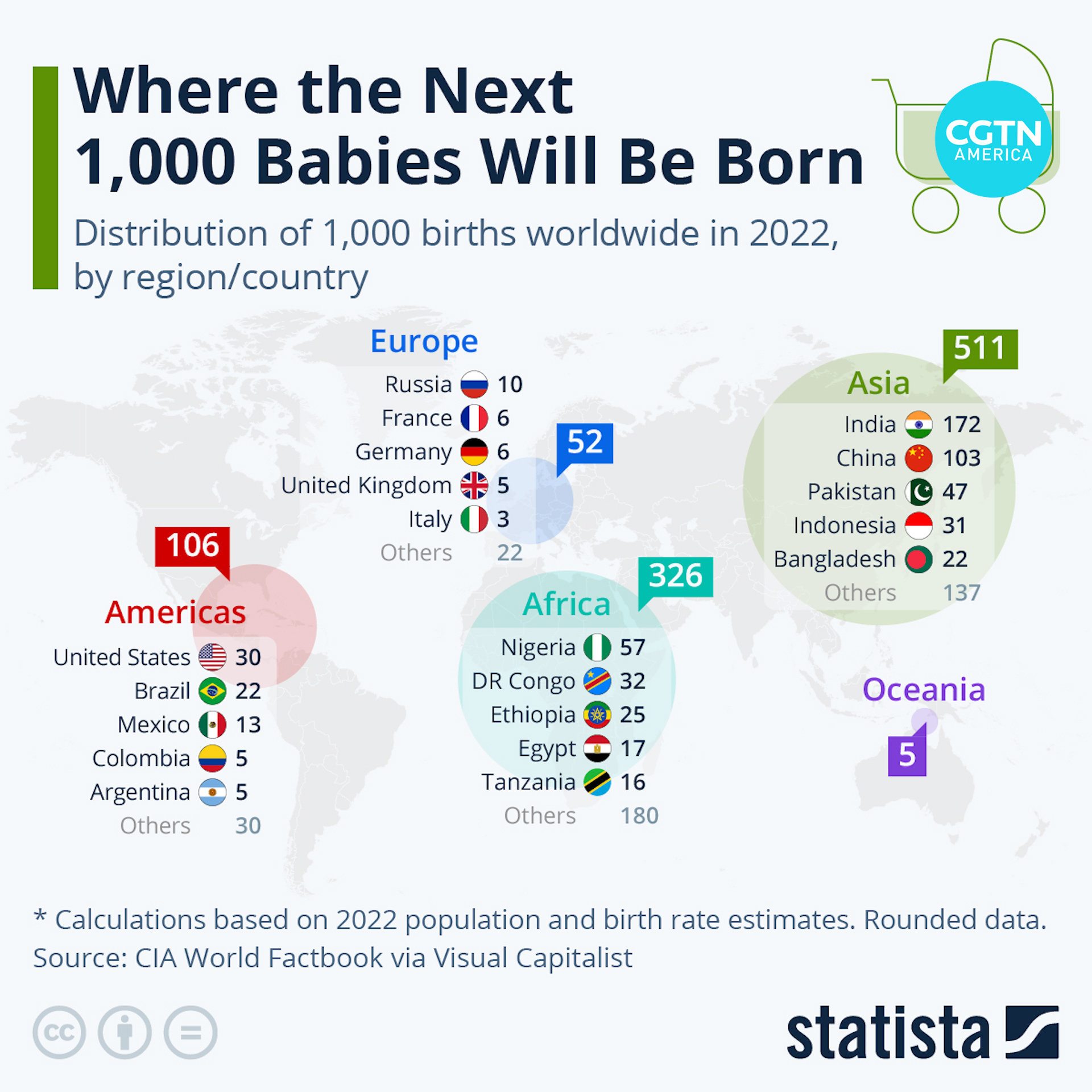 For example in sub-Saharan Africa where the population is projected to jump 95% by 2050, some 738 million people already don't have enough food, according to the Institute for Economics and Peace.

However, even while the global population continues to grow, some nations are seeing steady declines.

China, the U.S. Europe and Japan have seen a drop in population growth.  India is set to become the most populous nation next year, surpassing China.

To mitigate damage from an exploding global population in the second-half of the 21st century, the UN says slower growth over the coming decades could help.

But in the meantime, small investments in healthcare, education, economic development and other areas, could help the world’s poorest countries prosper and become more sustainable.