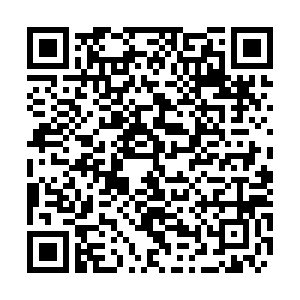 Why do people learn Chinese? Ambassador Qin Gang tells you why.

“China has 1.4 billion people, which means that if you can speak Chinese, you can communicate with one-fifth of the world’s people,” Qin Gang, Chinese Ambassador to the U.S. said during his visit to Cascade Elementary School in Utah last week.

“China is a vast country with a history of more than 5,000 years. It plays an important role in the world today. You will probably deal with China when you grow up,” Ambassador Qin also said. 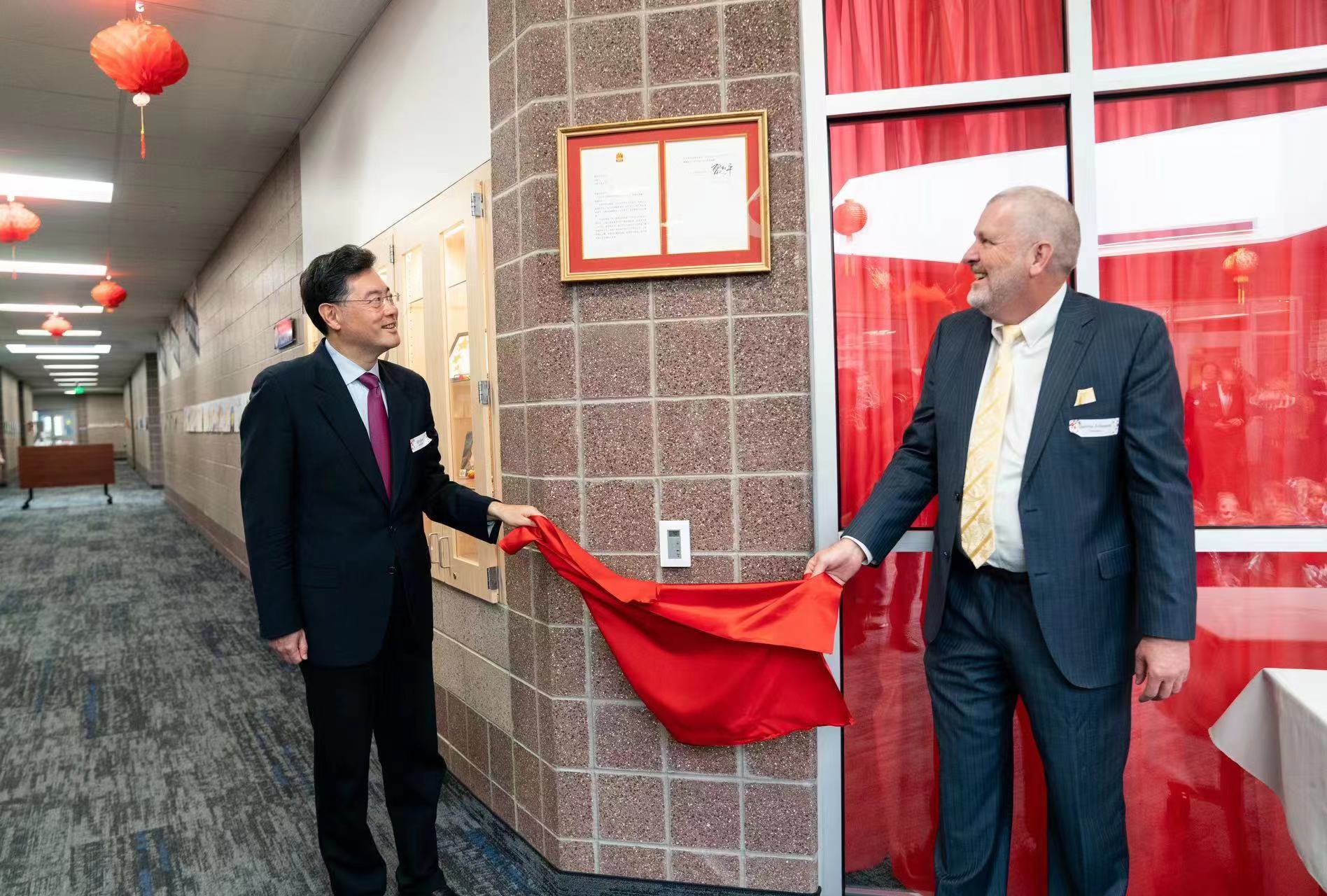 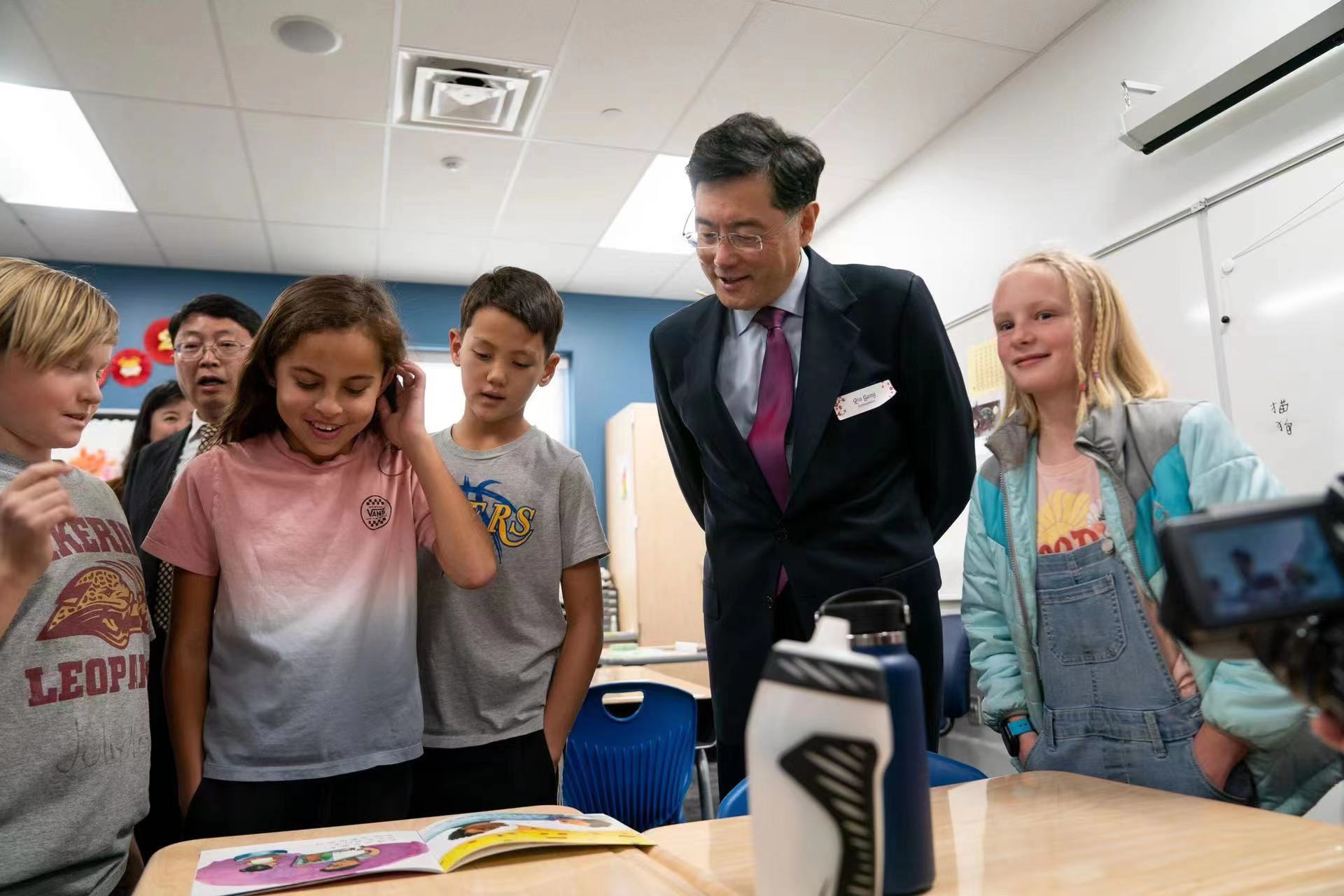 On November 17, Ambassador Qin Gang visited the school, and attended the unveiling ceremony of the original reply letter from President Xi Jinping to the students of the school.

“By learning it, you may know more about Chinese history and culture,” Xi’s letter said. “I hope you will keep at it, make even bigger progress and become young ‘ambassadors’ for China-U.S. friendship.

Founded in 1967, Cascade Elementary School is one of the earliest schools in Utah to teach Chinese. More than half of the students in the school learn Chinese from the first grade to the sixth grade. In Utah, there are currently 18,000 students from elementary school to high school learning Chinese.