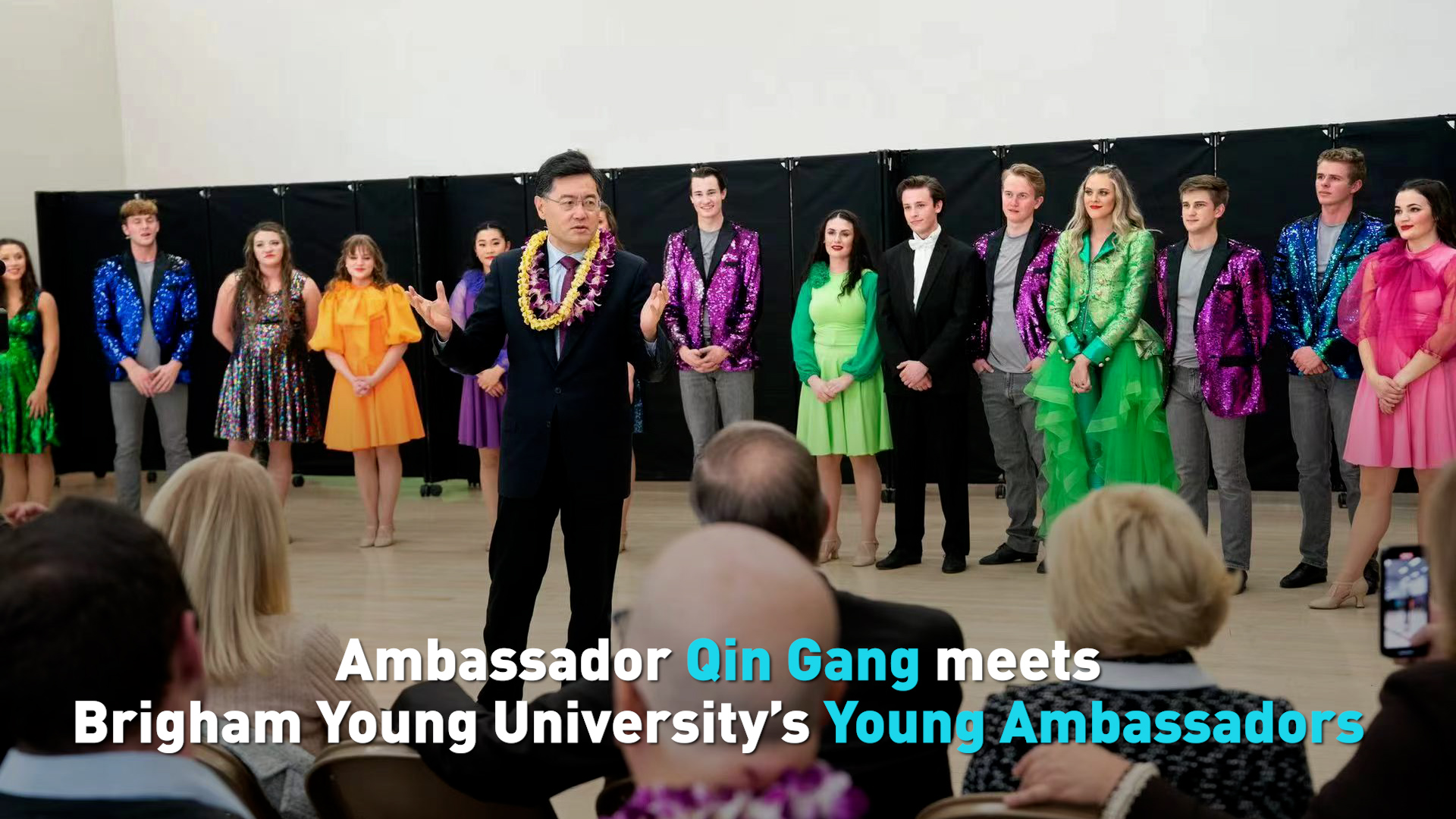 The Chinese Ambassador to the U.S. honored a group of people who were once "young ambassadors" who toured China in 1979.

The group traveled from Brigham Young University (BYU) in Utah to China as one of the first tours by a Western performing arts group in the country in years. Their trip led to regular exchanges between the school and China and laid the foundation for more than 40 years of friendship and trust.

Chinese Ambassador to the U.S. Qin Gang visited BYU last week and talked with members of the “Young Ambassadors". 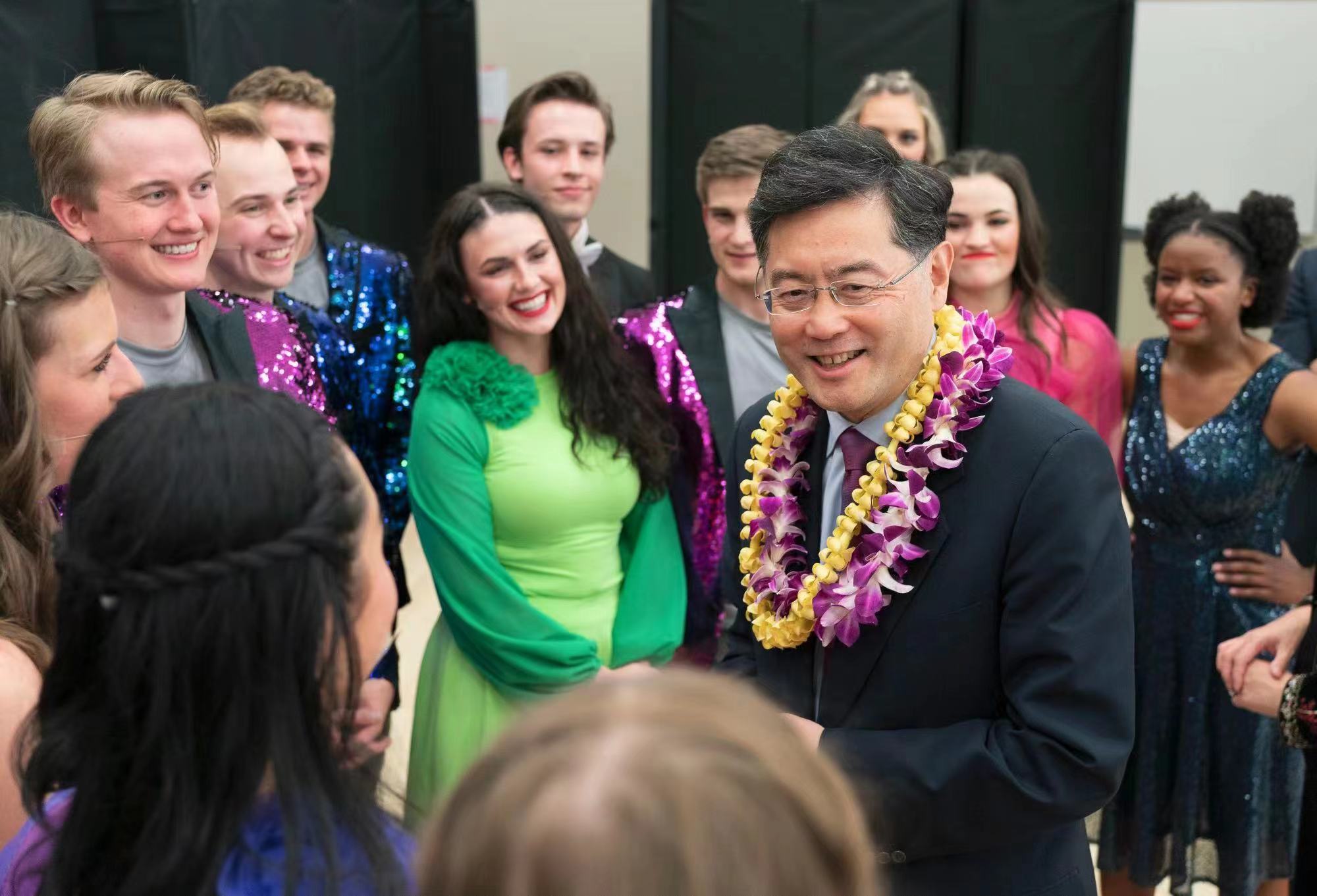 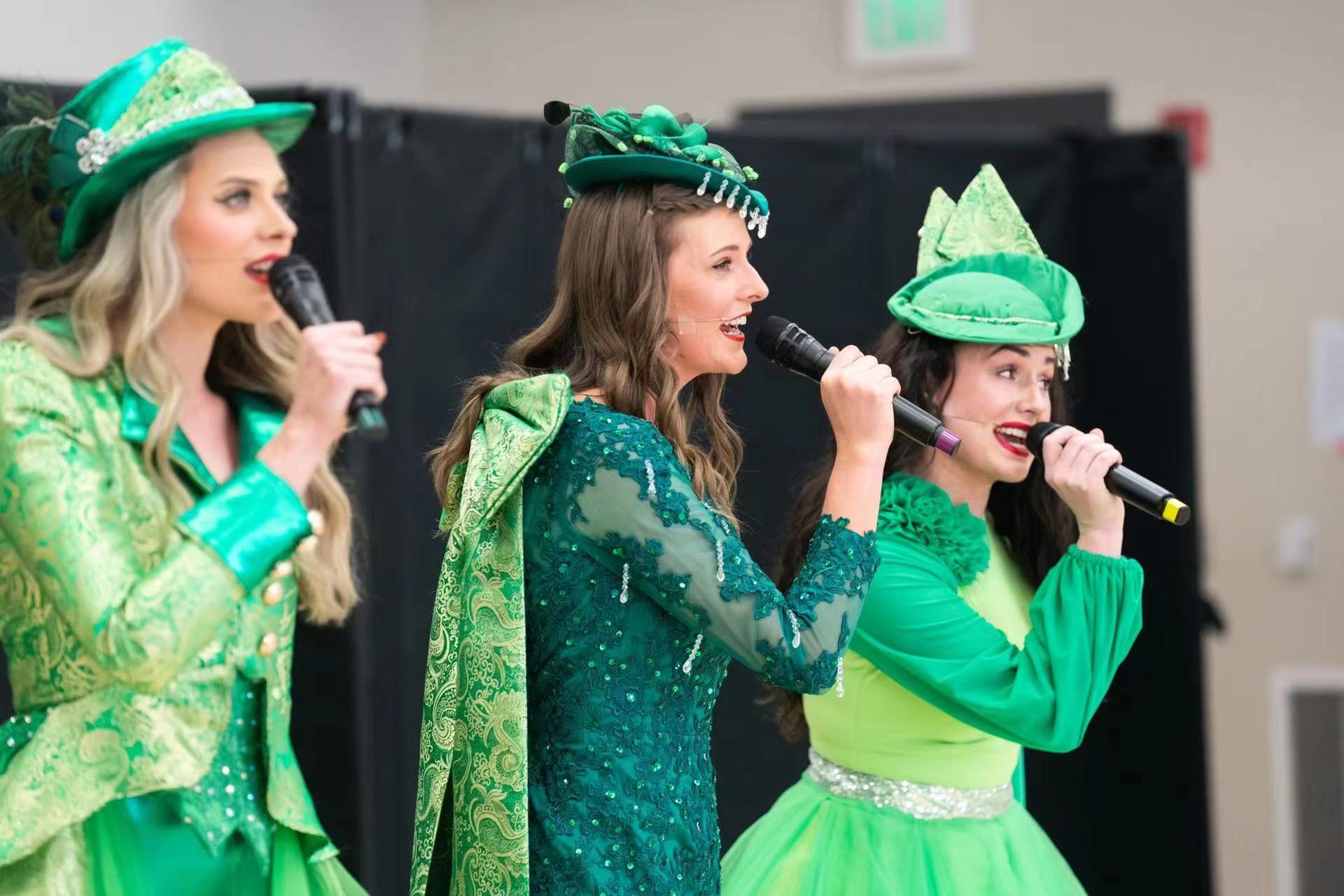 "Forty-three years ago, BYU ‘Young Ambassadors’ visited China and opened the prelude to the people-to-people and cultural exchanges between China and the U.S. after the establishment of diplomatic relations. I hope that the young members will visit China for the 32nd time in the near future and write a new and beautiful chapter for enhancing mutual understanding and friendship between the two peoples,” Ambassador Qin said.

The members of the group also relived their unforgettable experience.

“No matter what happens in China-U.S. relations, people will always remember the love and friendship they have with each other and cherish it for a lifetime. We are also looking forward to our next visit to China,” said Randy Boothe, who was the artistic director of the BYU “Young Ambassadors” in 1979.