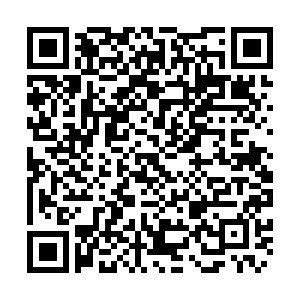 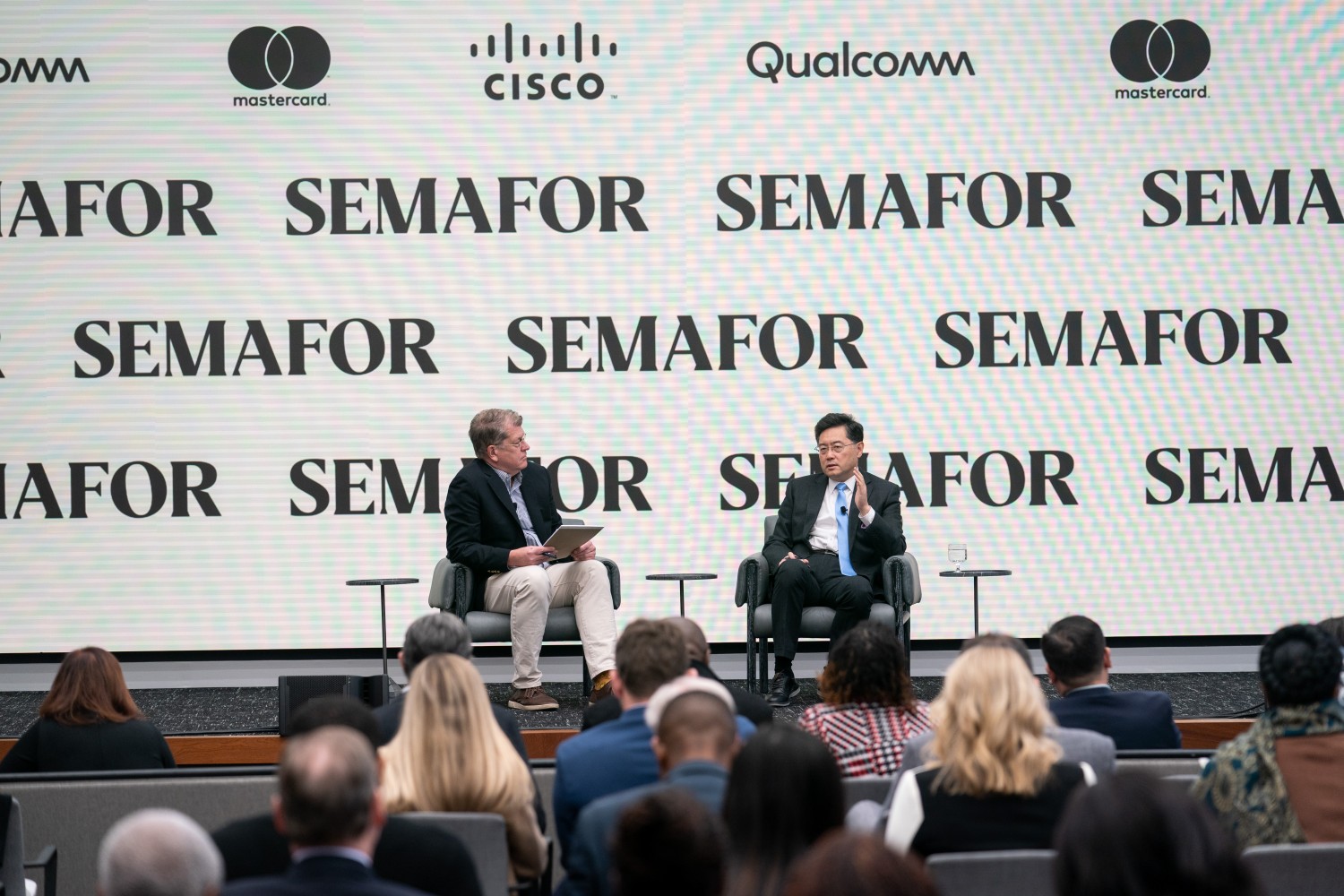 On December 12, Ambassador Qin Gang had a fireside talk with Steve Clemons, Editor-at-large of Semafor, at the Semafor Africa Summit. The transcript of their talk is as follows:

Steve Clemons: Ambassador, kind of looking at the global strategic dashboard of China, where does Africa fit in that?

Ambassador Qin: First of all, thank you, Steve, for having me on the Semafor Africa Summit. This is a very important summit, just before the second US-Africa Summit. I wish the Summit successful in gathering international attention and support for Africa. So back to your first question.

Steve Clemons: Is that something that you, as you look at the other global stakeholders, the United States, are you putting higher priority on Africa from your perspective than, say, the United States or other nations?

Ambassador Qin: Our relationship with Africa is sincere, is out of consideration to help Africa in its efforts for peace, security and development. We are not interested in the views of any other countries on China's role in Africa. And we believe that Africa should be a place for international cooperation, not for major-power competition for geopolitical gains. We welcome all other members of the international community, including the United States, to join us in the global efforts to help Africa. I hope that the forthcoming Africa-US Summit will come up with more concrete and workable measures.

Steve Clemons: But one of the concerns that some have had regarding China's approach to Africa is the so-called “Chinese debt trap” or “debt trap diplomacy”, that China will come in and become the financing backbone of large infrastructure projects, take collateral of those infrastructure projects that won't work well, and then China will use this to secure greater geopolitical influence. What are your thoughts? I mean, I assume that you may have a different view, but what are your views on the Chinese debt trap question?

Ambassador Qin: China's investment and financing assistance to Africa is not a trap. It's a benefit. Over the past decades, China has provided loans to help Africa with economic and social development. Construction works are everywhere in Africa. You can see hospitals, highways, airports, stadiums. Obviously, there is no such trap. It is not a plot. It is transparent, it is sincere. This is obvious.

I will give you a figure in terms of debts. China is not the biggest creditor of African debts. According to the World Bank, 49 African countries, as far as the data can be obtained, owes about $700 billion ($696 billion) debts. Among them, three quarters are owed to multinational institutions and non-Chinese private lenders. The debts owed to China are only a small amount. And according to “Debt Justice”, a UK-based charity, African countries owe three times more debts to Western private lenders than they owe to China, and their interest rates are double. So China is not the largest creditor. And also China understands the debt situation. China wants to help African countries to get out of poverty and to work for their economic and social development. There is a concern about that issue during the pandemic. We see at the G20, there is an arrangement which is called the G20 Debt Service Suspension Initiative. China is an active member, and China participates in this initiative. China has suspended the most debt service payment among G20 members. And China will continue to participate beyond this initiative. We are participating, and we will participate in the debt treatment for individual countries. And also we call on all other creditors, multinational institutions, and private lenders to take active actions, to reduce the debt burden of African countries in the principle of fair burden sharing and common actions.

Steve Clemons: I'm gonna get to climate change real quick, but I want to tell little fun vignette that you offered at a panda ceremony —the 50th anniversary of the panda program, pandas in the United States and China. You made the comment that the pandas are no longer near extinction, that they have now reached a certain level of being able to populate the world, that they are now not of that endangered species, but you said those that are endangered are panda huggers, meaning those that appreciate China. And I want to ask this with regards to US-China tensions and big questions like climate change. How did the Biden-Xi summit in Bali set a floor on US-China relations? And are they moving up? And is the climate meeting that we just had in Sharm El Sheikh where Chinese negotiators Xie Zhenhua recently said that the talks with John Kerry were candid, friendly, positive and active. Overall, it has been very positive. It sounds very different, in fact, than the tone we had seen just a month ago. Have US-China relations in terms of dealing with global problems changed?

Ambassador Qin: First of all, about panda, I know African people like pandas also, and I believe that in Africa you can see most panda-huggers.

Steve Clemons: Would you be willing to offer them? We can do a deal here.

About China-US relations, yes, that's been going downhill over the past few years. This is because that with the fast development of China, there are misunderstandings and misperceptions of China in the United States, which have resulted in a policy that is very harsh and very unfriendly to China.

Last month, President Xi and President Biden had a successful meeting in Bali during the G20 Summit. The two presidents had a very in-depth and candid exchange of views and opinions on bilateral relations and on the pressing global and regional issues. They made very important common understandings, that is both sides need to do something to calm down the tension, to step up communications and dialogue, and to expand cooperation. They have identified some priority areas for interactions, including climate, public health, agriculture, food security, macroeconomic policy coordination. The meeting was effective to relax the tension and give people a sign of relief. There are lots of things to follow up. We hope that both sides can act on the serious commitments by the two presidents. It’s a whole-process matter, not only nice words and serious promises during the meeting. And we are paying more attention to the deeds, what will come up, how the United States will treat China, and what the United States will do on China in the future.

Steve Clemons: It sounds like it was a very good US-China meeting. But were you disappointed that more was not achieved to help developing nations in the course of responding to climate change and in dealing with climate change?

Ambassador Qin: I think the international community needs to have more attention and input to tackle the climate issue, because it is a global challenge. As far as China is concerned, we not only talk, but also walk the walk. At home, we have announced two goals, that is to achieve carbon peak before the year 2030 and to achieve carbon neutrality before 2060. So these goals are our serious commitments. We will honor them. We have already published a roadmap and action plans to realize the two goals. Internationally, we participate actively in helping the developing world, particularly African countries, to combat climate change. For example, China initiated the Global Cooperation Partnership on Clean Energy. The first batch of projects will go to 19 African countries. Now, China is helping African countries to develop clean energies, wind and solar ones. And we are building low-carbon demonstration zones in some African countries.

China will not shirk its responsibility, but we also call on the developed countries, including the United States to honor their commitment. For example, developed countries have pledged to provide 100 billion US dollars as green finance every year to developing countries. But many years have passed, and this pledge hasn't been honored. And the United States has announced during COP26 to provide three billion dollars every year to the most fragile, vulnerable countries, most of them sub-Saharan countries. We hope that the United States will also act on its words to provide effective and concrete assistance, technology, expertise and capability building, to developing countries.

Steve Clemons: We're right near the end of our time. And I want to ask you while we have a chance, that as you in your role here in Washington managing the relationship between China and the United States, do you see areas that we're not developing? I know we're competing. I know that the President has said we're not necessarily on a collision course. I don't know how you see it if we are in a collision course. But are there areas that we're not developing, where China and the United States, perhaps with regards to Africa or other parts of the world, should be cooperating?

Ambassador Qin: Good question. China and the United States are both major countries and permanent members of the Security Council of the United Nations. So both countries share common responsibilities for not only the benefit of the people but also the future of the world. There are lots of areas, projects that China and the United States can work on together. People want to see China and the United States do so. That's the international expectation. We need to bear in mind our important responsibilities and be mindful of the international aspiration to expand cooperation and dialogue on a wide range of issues, not only the everyday exchange of harsh words, exchange of attacks, smearing on China, so on and so forth. We need to extend, broaden our vision and expand our cooperation in Africa. This is one of the very interesting areas for the two countries to work on.

Steve Clemons: Ambassador, it looks like China is opening up perhaps a little bit, relaxing COVID a little bit. So two questions: Can we all visit Beijing and shanghai soon? Two, did the protests make a difference? Did the government feel the stress and intention of the protesters with regard to COVID?

Ambassador Qin: I think that the government is taking a very responsible attitude to protecting people's lives facing the threat of COVID. And our response policy and its measures have always been dynamic, not rigid, just lockdown or asking people to confine to their homes. That's not true. We know people's concerns. We know the importance of the coordination of COVID response and economic growth. So that's why we are making dynamic re-adjustment to our response measures. Now, the measures are being relaxed. And in the near future, I believe that the measures will be further relaxed, and international travel will become easier.

Steve Clemons: From Africa and the United States?

Ambassador Qin: From all the directions to China.

Steve Clemons: Ambassador Qin Gang, thank you so much for joining us today.