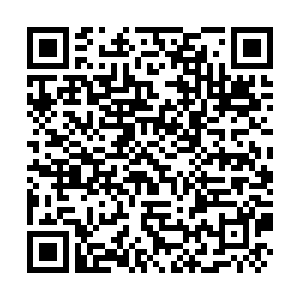 Palestinian flags are now banned from public places, Israel’s national security minister announced, saying the flag is connected to a terrorist organization. This is the latest move against Palestinians by Israel's new hardline government.

Itamar Ben-Gvir, the newly installed right-wing minister tweeted, “Today I directed the Israel police to enforce the prohibition of flying any PLO flag that shows identification with a terrorist organization from the public sphere and to stop any incitement against the State of Israel."

Since it formed, Prime Minister Benjamin Netanyahu's government has made several punitive moves against the Palestinian leadership in retaliation for a recent push by Palestinians for the UN to give an opinion on Israel's illegal occupation of the West Bank, according to a statement by Netanyahu's office, the AP reports.

The flag ban is unlikely to pass legal scrutiny, said Israeli lawyer Avigdor Feldman to CNN. “Someone has to go to court to get a statement that it’s an illegal order," Feldman told CNN.

Israel is withholding nearly $40 million in Palestinian tax revenues, saying it will instead send the money to victims affected by militant attacks, the AP reports.

The Israeli government also stripped the Palestinian foreign minister's VIP travel permit last week and broke up a meeting of Palestinian parents discussing their children’s education, claiming it was unlawfully funded by the Palestinian Authority, the AP also reports.

Israel has faced international criticism for its ongoing occupation of Palestine, forced evacuations and home demolitions, as well as its 'Nation State law' which claims Israel is a country for Jewish people and gives Jews certain rights over others.

This has led to Israel being labeled an apartheid state by many international human rights groups.