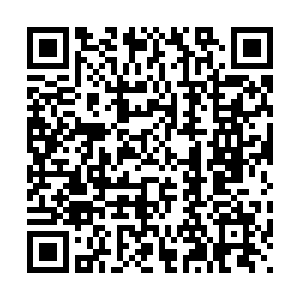 The following is a readout of a Chinese embassy spokesperson's comments on the UK's recent report on China's policy in Hong Kong.

Question: On 12 January, the British government published its 51st Six-monthly report on Hong Kong, commenting on China's policy in Hong Kong and criticizing the National Security Law. What's your response?

Embassy Spokesperson: China’s position on Hong Kong-related affairs is consistent and clear. In disregard of China’s solemn stance, the UK went ahead to publish the so-called Six-monthly report on Hong Kong. It distorted facts, grossly interfered in Hong Kong affairs, which are China’s internal affairs, and seriously violated the basic norms governing international relations. We are strongly dissatisfied with and firmly opposed to it, and have lodged stern representations with the British side.

Since Hong Kong’s return to the motherland, the central government of China has fully and faithfully implemented the policy of One Country, Two Systems under which the people of Hong Kong administer Hong Kong with a high degree of autonomy.

Improvement of Hong Kong’s electoral system reflects the principle of patriots administering Hong Kong. Today, Hong Kong residents enjoy far more rights and freedoms according to law than under British colonial rule. Facts have fully proved that the democratic system of the special administrative region conforms to both the policy of One Country, Two Systems and the region's constitutional status.

China's enactment and implementation of the National Security Law has helped Hong Kong enter a new stage in which it has restored order and is set to thrive. This has been widely welcomed and sincerely supported by all sectors in Hong Kong.

This is what the majority of people in Hong Kong desire. It is a necessary action to fully and accurately implement the National Security Law and effectively maintain national security in accordance with the law. It will only strengthen the rule of law in Hong Kong and better safeguard the rights and freedoms of Hong Kong residents.

The core content of the Sino-British Joint Declaration is to ensure China resumes exercise of sovereignty over Hong Kong. It does not give the UK any responsibility over Hong Kong after its return.

By repeatedly citing the Joint Declaration as an excuse to make irresponsible remarks on China’s policy in the Hong Kong SAR, the UK is grossly disrupting and undermining the development of democracy in Hong Kong.

Whatever cards the British side may play, be it the BNO passport or the leaving of British judges, it cannot hold back Hong Kong’s transition from chaos to stability and prosperity, or China’s resolve in unswervingly implementing the One Country, Two Systems, defending national security and upholding Hong Kong’s rule of law.

Hong Kong has long been returned to China, and Hong Kong affairs are purely China's internal affairs that allow no foreign interference. We urge the UK side to recognize the reality and major trend, discard the colonial mindset, and respect China’s sovereignty and unity.