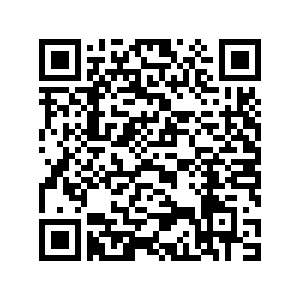 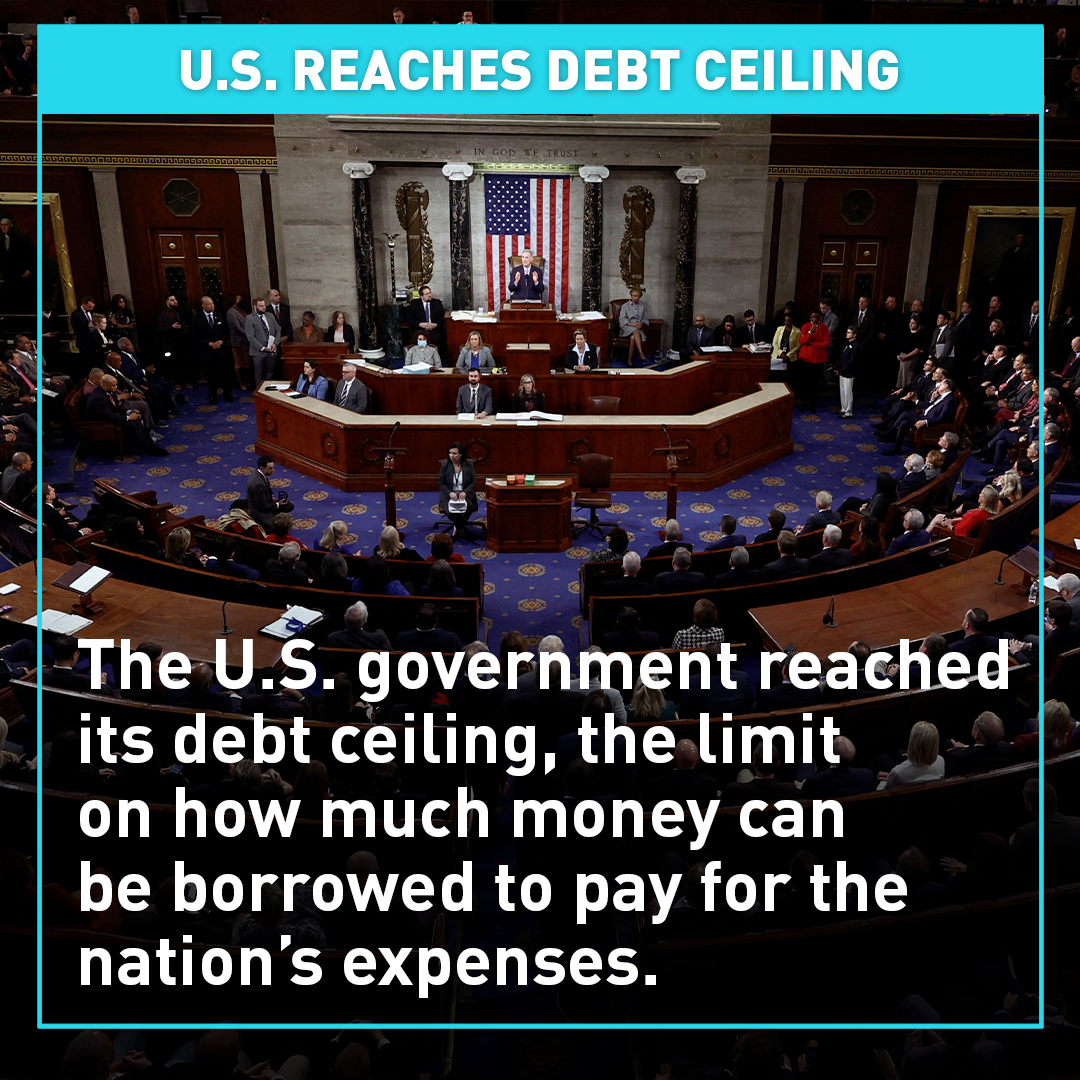 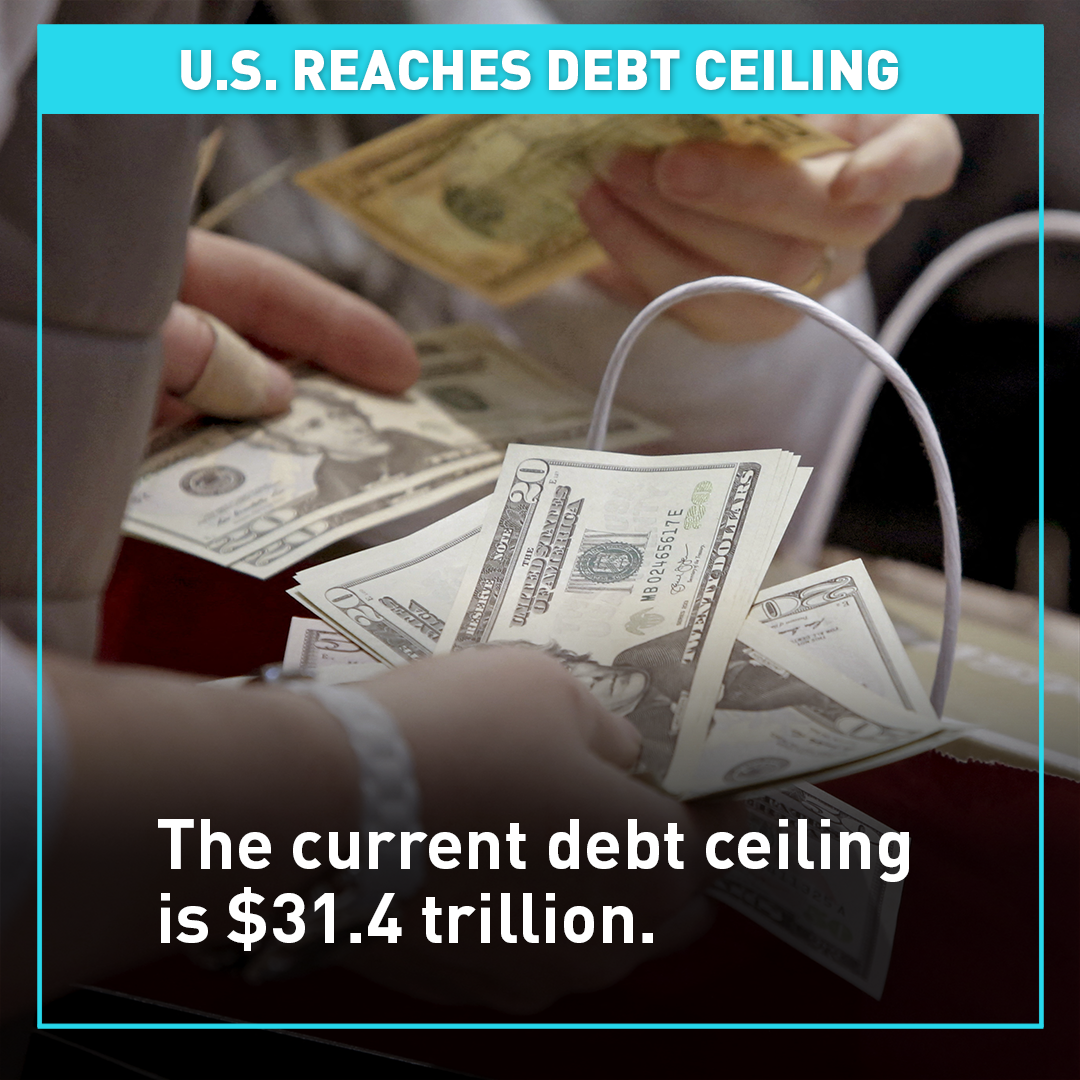 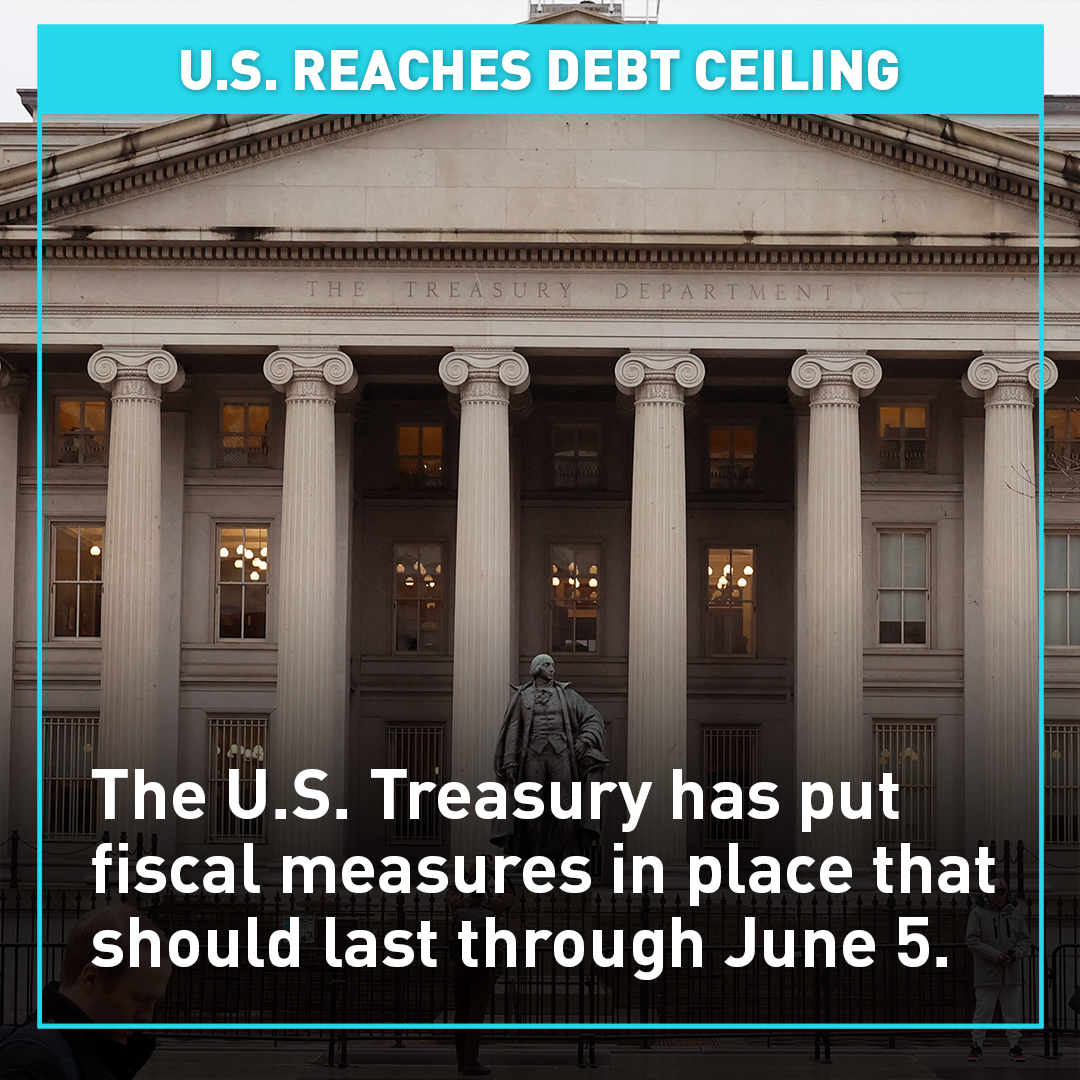 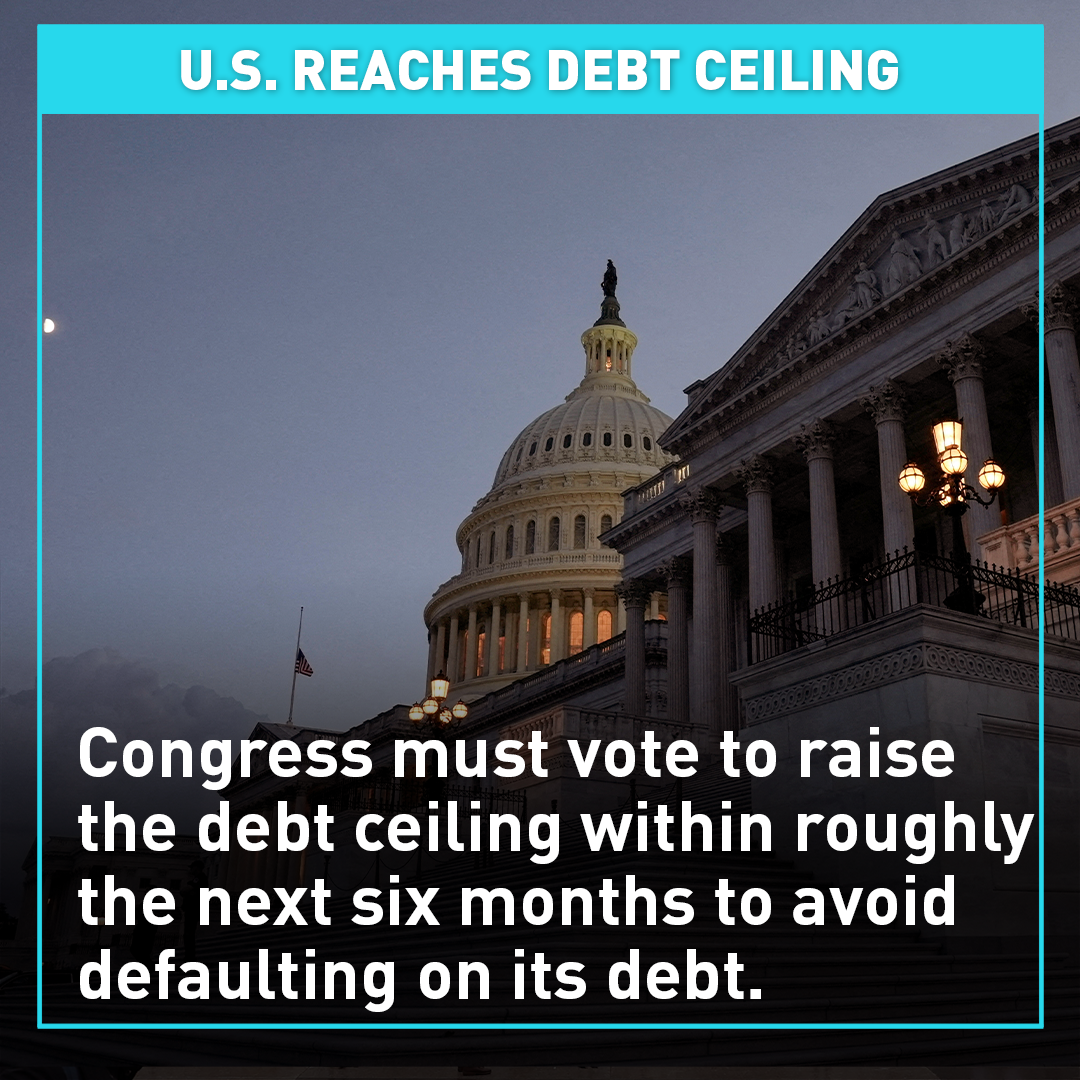 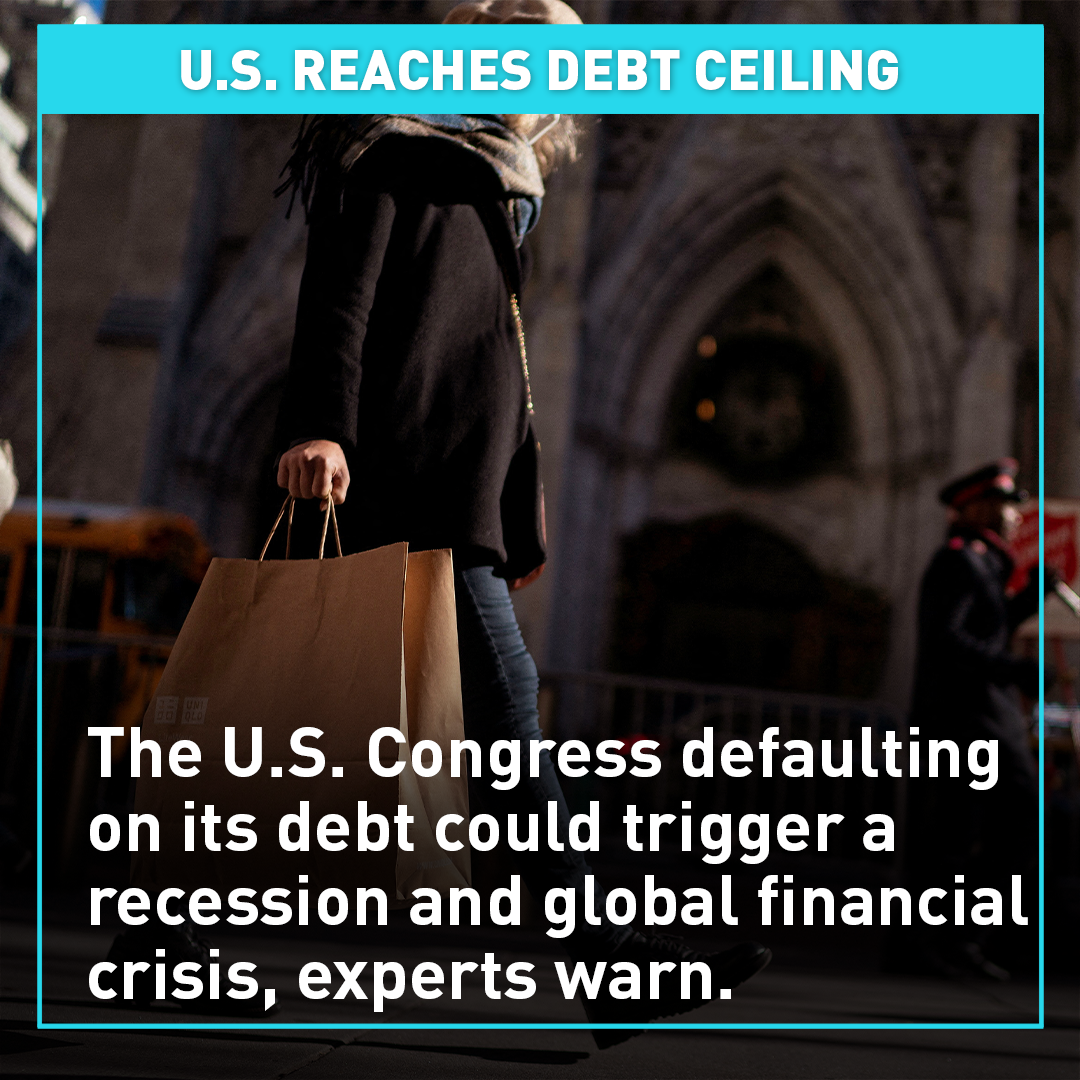 The U.S. government has hit its borrowing limit, known as the debt ceiling.

The U.S. Treasury is moving money around to keep the government from defaulting, says Treasury Secretary Janet Yellen. But those measures will only last a few months and if the debt ceiling isn’t raised, the U.S. government will run out of money.

The debt ceiling is a limit on how much the U.S. government can borrow to pay for expenses such as social security, Medicare, and government salaries.

The current limit is $31.4 trillion and the Treasury measures in place would last through June 5.

Congress must vote to raise the debt ceiling within roughly the next six months to avoid defaulting on its debt.

But analysts are already predicting the U.S. economy will slow down or stagnate, which could impact the timeline Congress has to negotiate a new deal.

Exactly how long the Treasury measures in place will last is subject to "considerable uncertainty," wrote Yellen in a letter to House of Representatives Speaker Kevin McCarthy on Thursday.

"I respectfully urge Congress to act promptly to protect the full faith and credit of the United States," she wrote.

The White House is calling on Congress to raise the limit without conditions and says they won't offer any concessions or negotiate on raising the debt ceiling.

Meanwhile Republicans are in favor of spending cuts.

Some are concerned a divided Congress will have difficulty agreeing on a deal.
If a deal isn't reached in time, analysts predict a recession with a global impact.

A default by the U.S. government could incite a global financial crisis, raise interest rates, weaken the dollar, and block federal programs for food, medical care and other necessities.

The impact could ripple across several programs and jobs connected to the federal government and damage trust in the U.S. government at home and abroad.

Yellen warns: "Failure to meet the government's obligations would cause irreparable harm to the U.S. economy, the livelihoods of all Americans and global financial stability."

The debt ceiling has been raised about 80 times since the 1960's, the AP reports.

A default is unprecedented, and exactly how the Treasury and the U.S. economy would react is unknown.