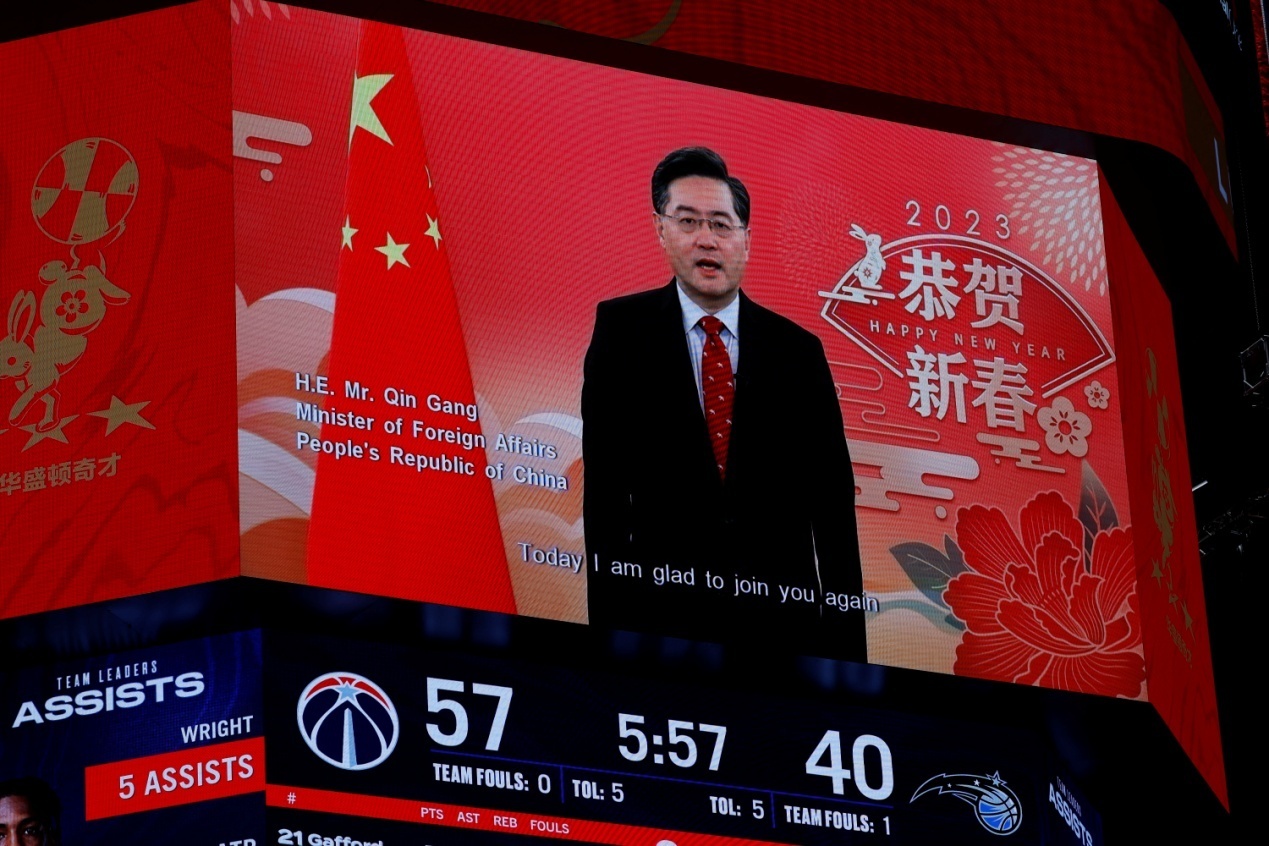 On Spring Festival Eve of January 21 (EST), Chinese Foreign Minister Qin Gang delivered a video message during the NBA game between the Washington Wizards and the Orlando Magics.“Happy Chinese New Year to DC family! “ he said warmly, “This is the Year of the Rabbit, which symbolizes kindness, elegance and beauty. Last December, I was here at Capital One Arena as Chinese Ambassador. I spent a wonderful evening watching a fabulous game by Washington Wizards. Today I am glad to join you again in celebrating the Chinese New Year. I wish the Chinese and American people a prosperous Year of the Rabbit and a bright future! Good luck to everyone and enjoy the game!”

The event was filled with festive atmosphere and Chinese cultural elements. Before the start of the game, two American Chinese artists played the U.S. National Anthem with Pipa, a traditional Chinese plucked string instrument. During timeouts, the staff tossed many Chinese zodiac rabbits to the audience and triggered a "scramble". The panda mascots, played by Chinese diplomats' children, made an impressive appearance on the court, winning loud applause and cheers from the audience. Local Chinese community also brought amazing Chinese cultural performances . The audience was immersed in the Chinese New Year blessings and an enjoyable “Chinese Cultural Night”. 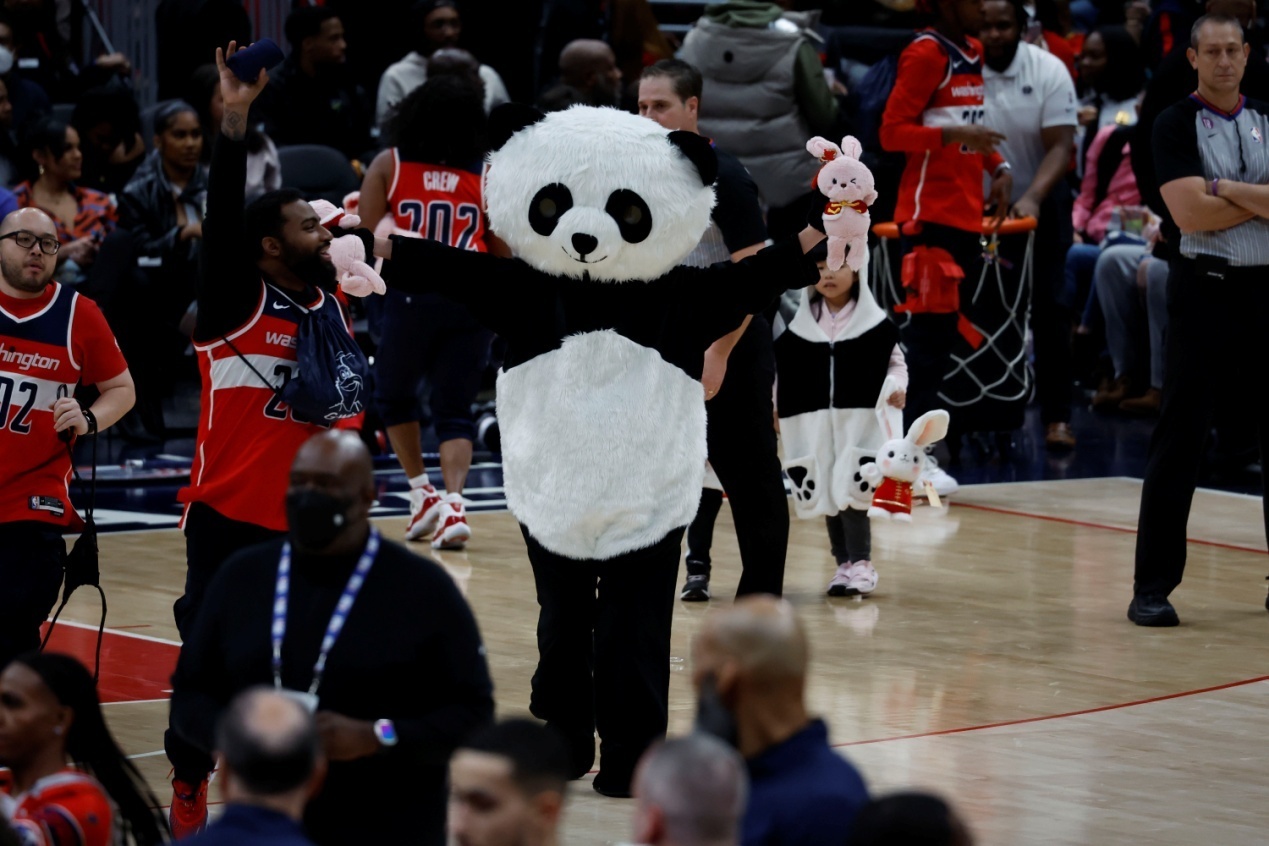 The Washington Wizards, formerly known as the Washington Bullets, visited China shortly after the establishment of diplomatic relations between China and the United States in 1979, and was the first NBA team to visit China. The team has since carried on the tradition of friendship and visited China several times. It also played several warm-up games with Chinese basketball teams visiting the United States.

The game and celebration attracted nearly 20,000 American basketball fans to the Arena. China Media Group broadcast the event live to its Chinese audience.