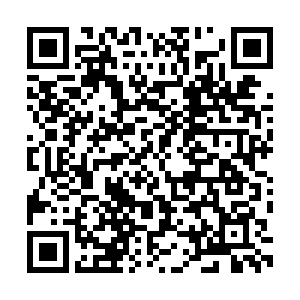 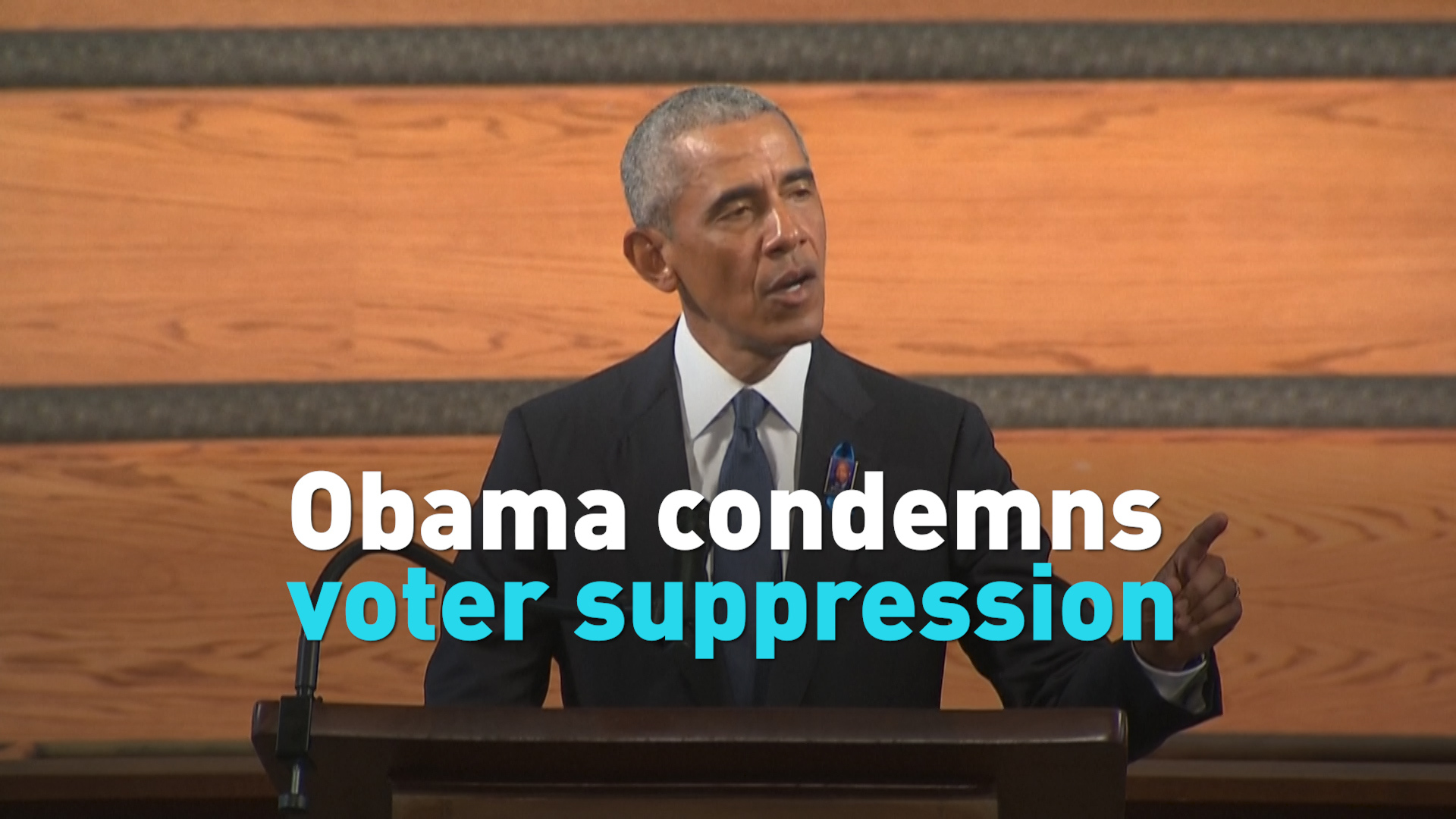 Former U.S. President Barack Obama issued a stark warning at John Lewis's funeral on Thursday that the voting rights and equal opportunity that the late American civil rights icon had championed were under threat, heading into the 2020 presidential election.

The service for longtime U.S. Representative Lewis, who died on July 17 aged 80, was held at the Ebenezer Baptist Church in Atlanta, Georgia, where Martin Luther King Jr was once pastor.

During his eulogy, Obama called for a renewed push for voting rights and other reforms in the U.S.

"You want to honor John? Let's honor him by revitalizing the law he was willing to die for," he said. "The John Lewis Voting Rights Act, that is a fine tribute. But John wouldn't want us to stop there, just trying to get back to where we already were – we should keep marching." 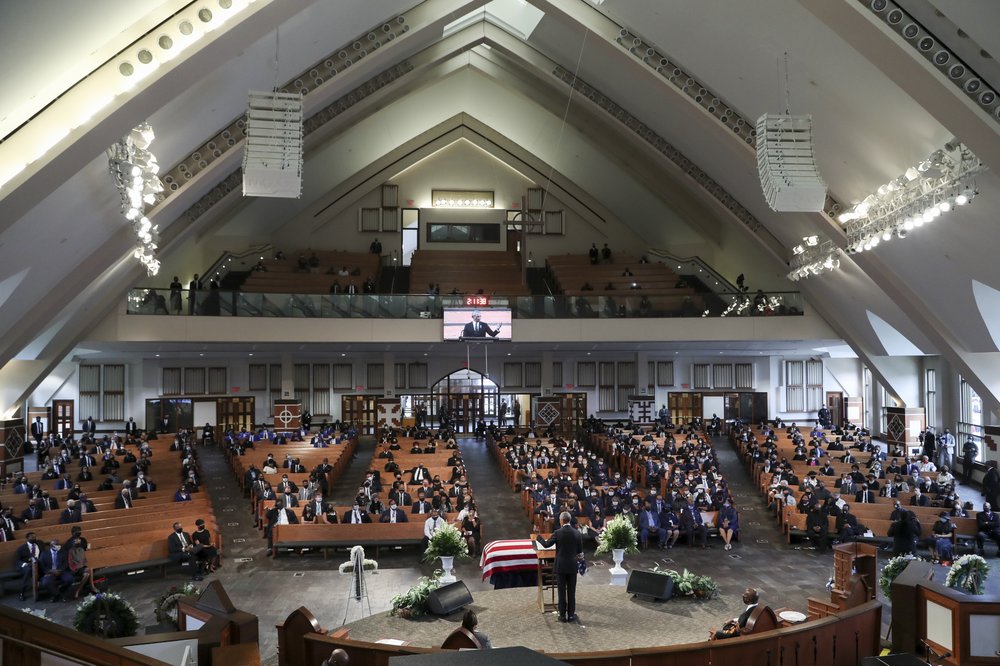 "Even as we sit here, there are those in power who are doing their darnedest to discourage people from voting by closing polling locations and targeting minorities and students with restrictive ID laws and attacking our voting rights with surgical precision, even undermining the postal service in the run-up to an election that's going to be dependent on mail-in ballots so people don't get sick," Obama added.

The Democratic-led House of Representatives has adopted a sweeping rewrite of the Voting Rights Act, now named for Lewis. It faces opposition however in the Republican-led Senate and is unlikely to get the necessary 60 votes there, even if Democrats reclaim a narrow majority after the November elections.

Hours before Lewis's funeral, President Trump suggested delaying the November election. He has repeatedly claimed, falsely, that a surge in mail-in ballots because of the coronavirus pandemic will threaten the election's legitimacy. He has also opposed moves in Congress to help the financially struggling U.S. Postal Service handle the sharp uptick in mail-in voting.

"With Universal Mail-In Voting (not Absentee Voting, which is good), 2020 will be the most INACCURATE & FRAUDULENT Election in history," Trump tweeted on Thursday. "It will be a great embarrassment to the USA. Delay the Election until people can properly, securely and safely vote???" Most experts say that mail-in ballots are rarely linked to voter fraud. Top Republican lawmakers have also rejected the idea of delaying the election.

Former U.S. Presidents Bill Clinton and George W. Bush, and Speaker of the House Nancy Pelosi, also spoke at Lewis's funeral, delivering words of praise for the civil rights icon, who spent 33 years in the U.S. House of Representatives.

Trump did not attend Thursday's service. Asked on Monday already if he would pay his respects to Lewis, who was lying in state at the Capitol building in Washington, DC., the president replied: "No, I won't be going, no." 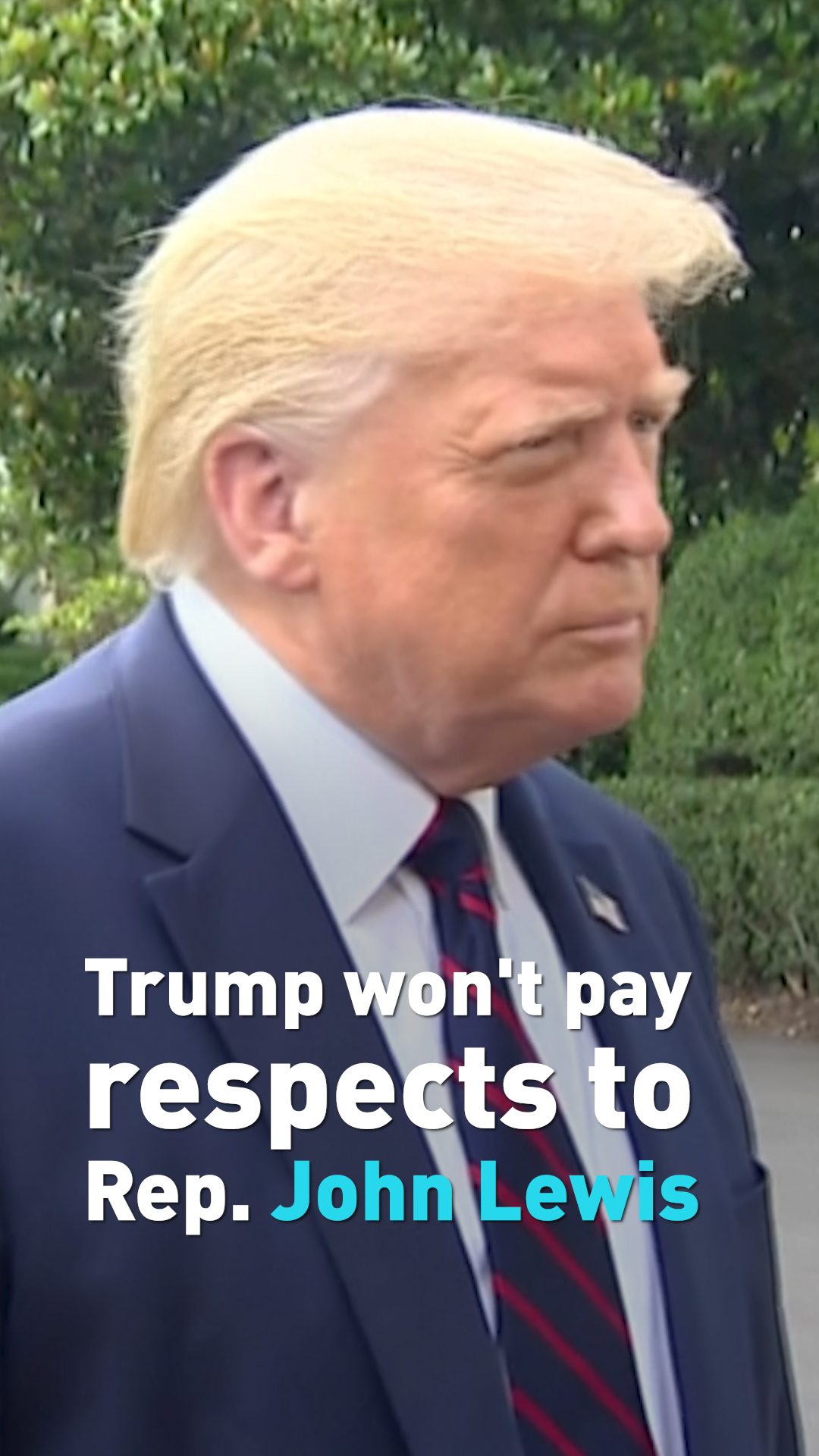 Lewis was to be buried later during a private service at the historic South-View Cemetery in Atlanta.

Revered as one of the "Big Six" civil rights leaders, alongside Martin Luther King Jr., Lewis played a vital role in the civil rights movement of the 1960s.

At the 1963 March on Washington, where King delivered his "I Have a Dream" speech, Lewis was the youngest civil rights activists to speak. Two years later, he famously led protesters across the Edmund Pettus Bridge in Selma, Alabama, on their march to the state capital Montgomery.