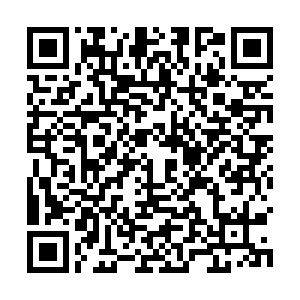 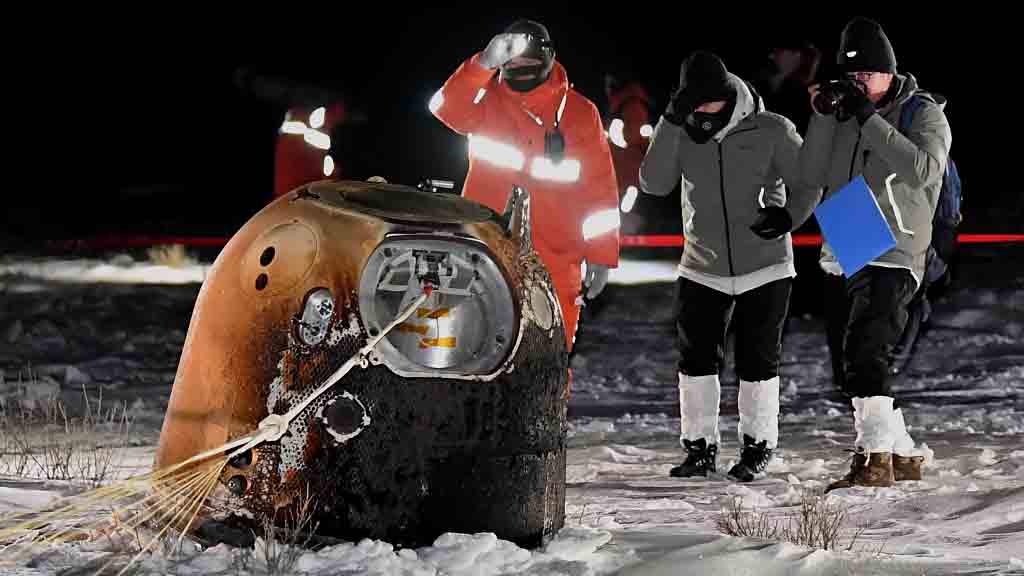 After weeks of space travel, China's Chang'e-5 probe has come back to Earth with fresh lunar rock and soil samples in the early morning of Thursday, Beijing Time.

The precious cargo is the first lunar samples that humanity has obtained in more than four decades. 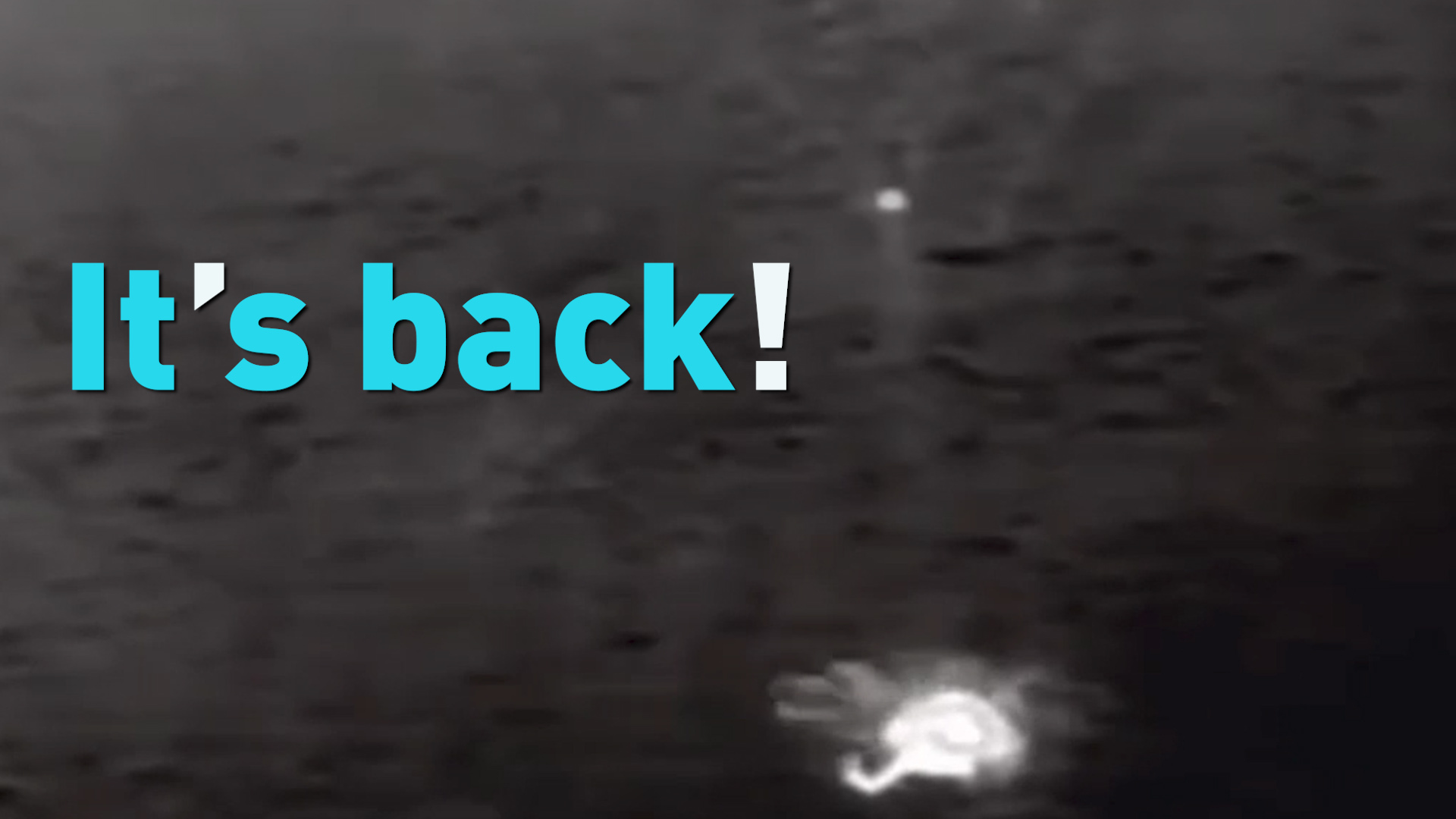 The returner entered the Earth's atmosphere at an altitude of about 120 km and a speed of about 11.2 km per second at 1:33 a.m.

By bouncing off the atmosphere twice, the returner slowed down twice and then plunged much deeper to reach the Earth's surface.

At a height about 10 km above ground, a parachute opened, and the returner landed smoothly in the predetermined area.

The search and recovery team on the ground, which had conducted multiple simulation drills before, moved quickly to locate the target and retrieve the capsule.

An air team in helicopters spotted the capsule using infrared cameras, while a ground team followed in SUVs to reach the snow-covered landing site. 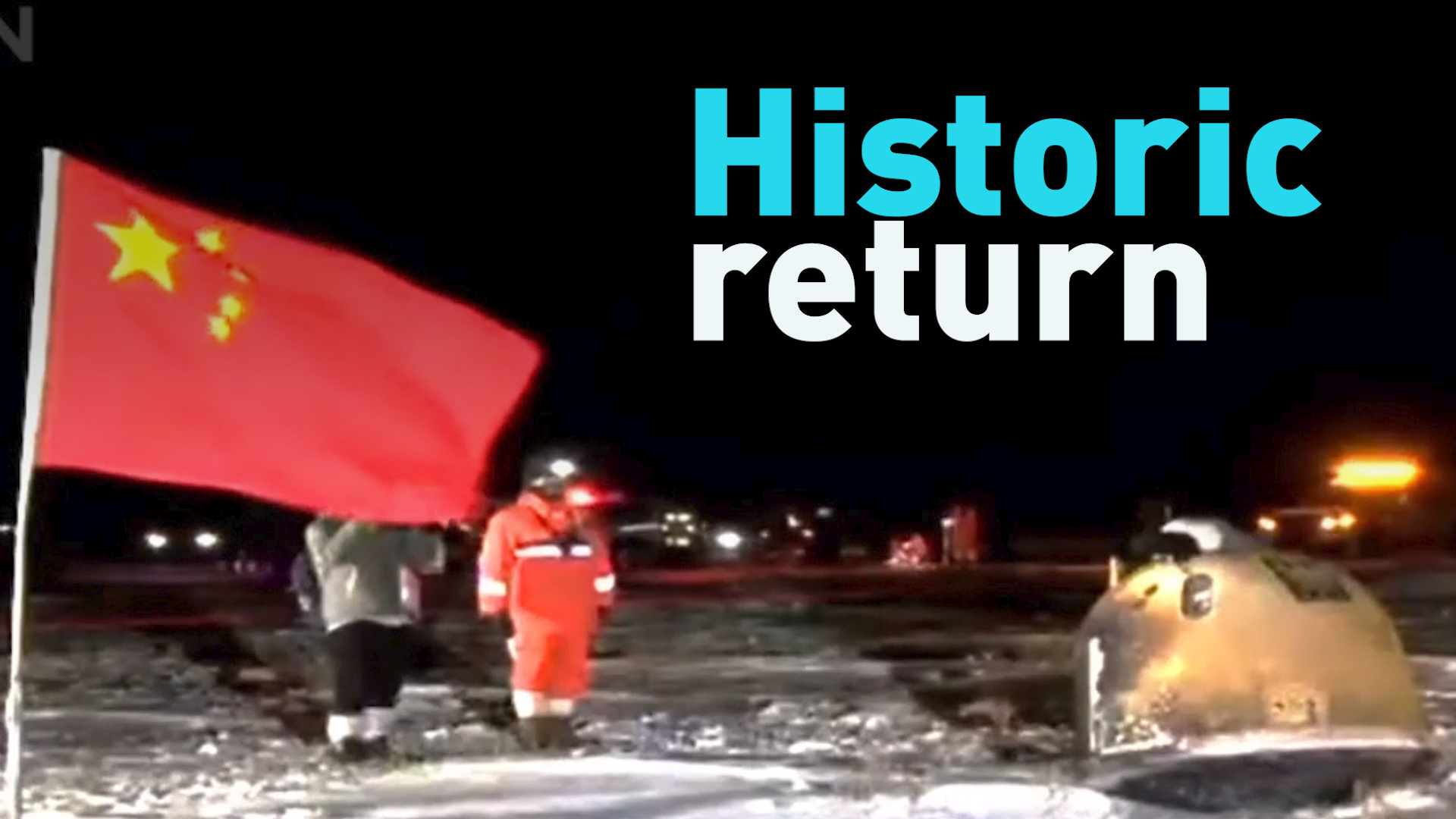 How will the samples be handled?

As planned, the capsule with lunar samples inside will be transported to Beijing by air and opened there.

In Beijing, CNSA will transfer the lunar materials to the Lunar Sample Laboratory at the National Astronomical Observatory (NAO) under the Chinese Academy of Sciences, which has been built specially for its storage, processing and analysis.

The lab has special facilities that will prevent the sample from being contaminated by the atmosphere and water on Earth.

Scientists at the lab will first unpack, sort out and store the materials. They will then start long-term studies following strict scientific procedures, including analyzing its mineralogical and chemical composition.

China will make some of the samples available to scientists in other countries, Pei Zhaoyu, deputy director of the Lunar Exploration and Space Program Center of CNSA, has said.

Some of the samples will also be set aside for public display, according to Li Chunlai, deputy chief designer of the Chang'e-5 mission.

Read more: All you need to know about the lunar sample taken back by Chang'e-5 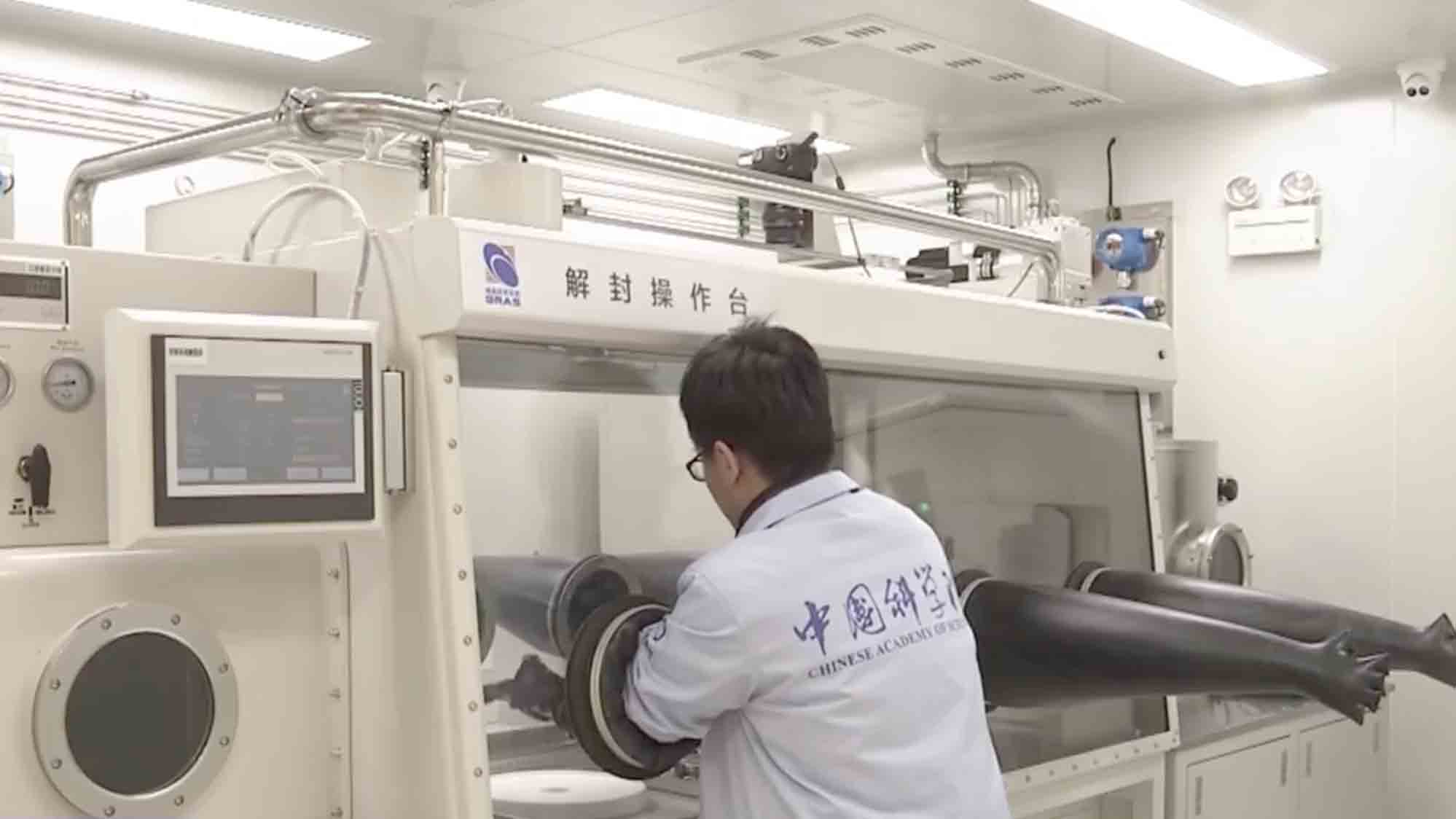 Chinese President Xi Jinping lauded the success of the Chang'e-5 mission in a congratulatory letter to all those who contributed to the historic achievement.

He called the mission China's most complicated space project and the success of the mission another major achievement in overcoming difficulties by giving full play to the advantages of the new nationwide system.

It marks a great step forward in China's space industry and will contribute to deepening the understanding of the origin of the moon and the evolution history of the solar system, Xi noted.

The Chang'e-5 mission, which includes a lander, an ascender, an orbiter and a returner, was launched on November 24.

Its lander-ascender combination successfully landed on the near side of the moon on December 1, and, after 19-hour efforts, collected samples from both the lunar surface and beneath the following day.